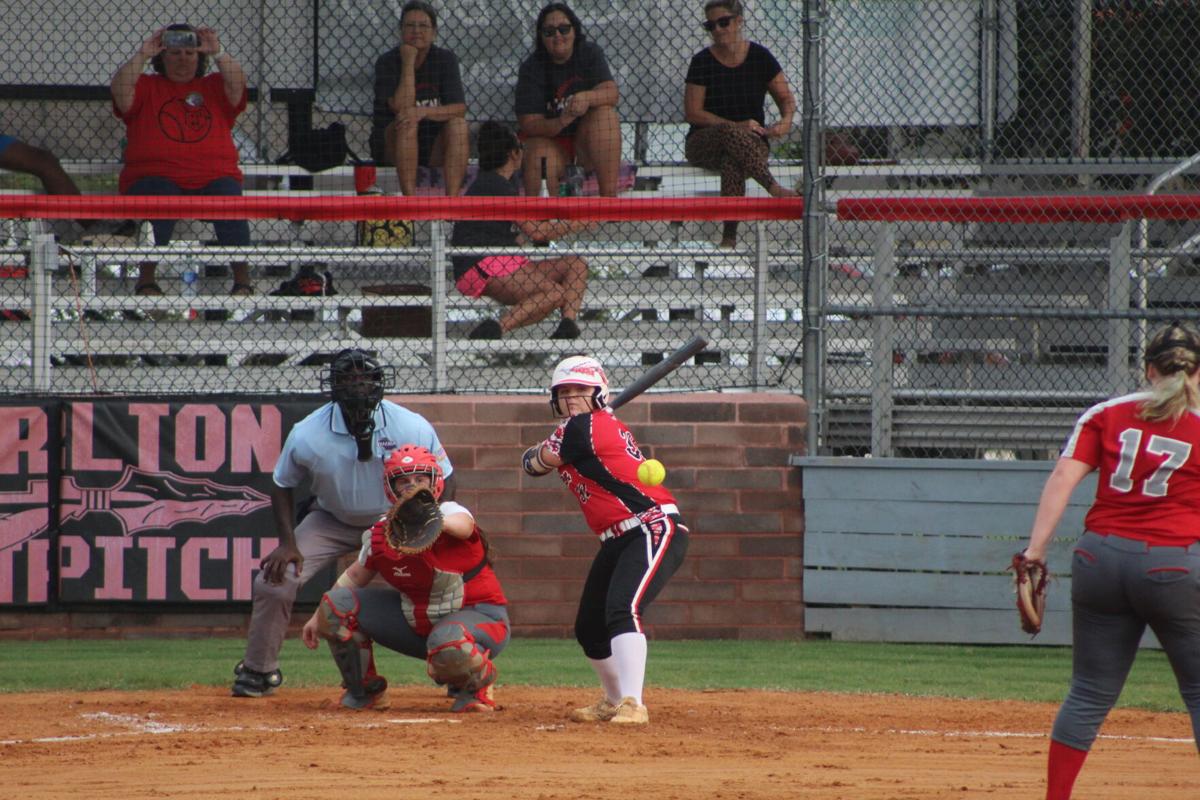 EMMA WOOLARD KEEPS HER EYE ON THE BALL. 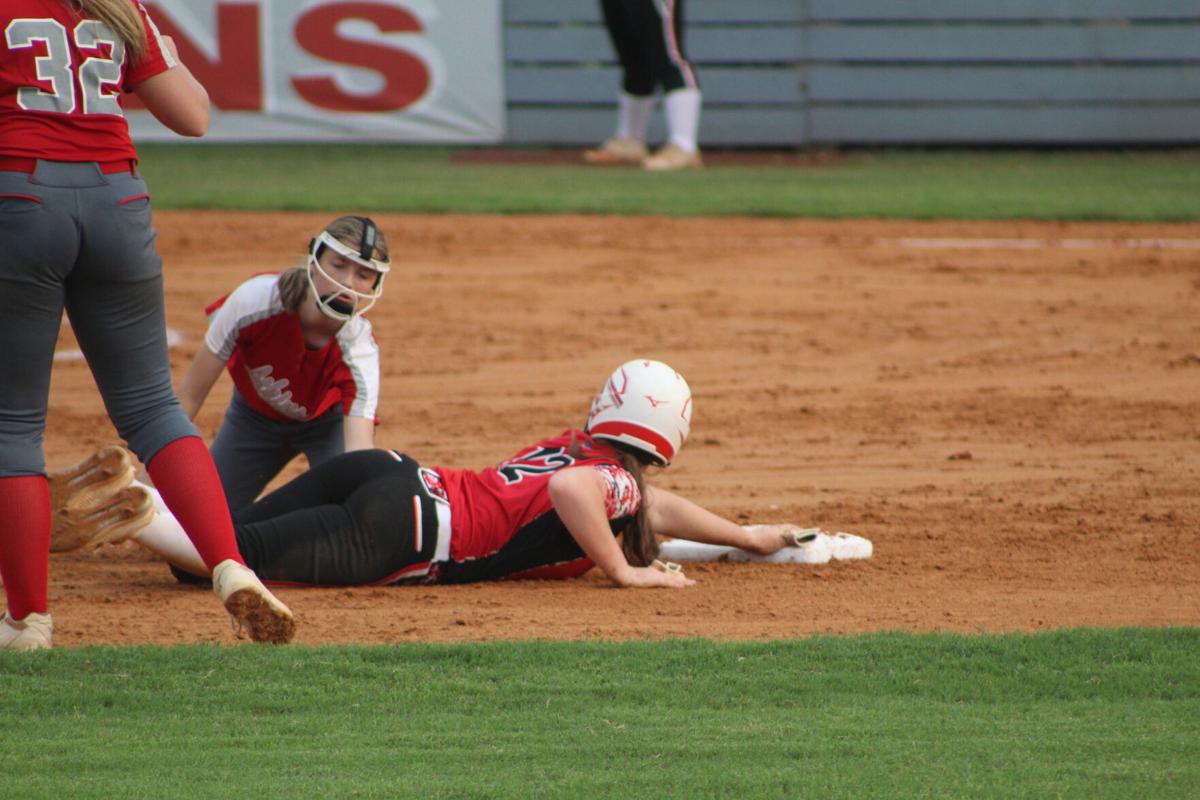 GABBY TILLIS SLIDES SAFELY ON BASE.

EMMA WOOLARD KEEPS HER EYE ON THE BALL.

GABBY TILLIS SLIDES SAFELY ON BASE.

The Charlton County Maidens softball team saw their record go to 5-2 on the season after beating Atkinson County, 8-0, before falling to Lanier County, 6-1. With the loss to Lanier, the Maidens fall to 3-1 in Region 2-A behind unbeaten Lanier and 4-1, Irwin County.

Against Atkinson, Charli Woolard faced 15 batters and retired all of them as the Maidens run-ruled the Lady Rebels in five innings. In her perfect game, Woolard struck out ten of the 15 batters she faced.

Charlton would get things rolling in the second inning, when Kylee Varnes singled and came home on a triple by Jesslyn Smith. Smith was thrown out at home trying to score on the play. Natalie Lynch followed with a double and scored on a hit by Sydney Pevey to give the Maidens a 2-0 lead.

It would stay that way until Abby Safford led off the bottom of the fourth inning with a solo home run. Smith would hit her second triple of the game and score on a single by Lynch to increase the lead to 4-0. Javonna Dykes singled to put runners on the corners, before Gabby Tillis' fly ball was misplayed, allowing both runners to score. Emma Woolard followed with a run-scoring double and the lead was up to 7-0.

In the fifth inning, Safford led off with a double and advanced to third on a groundout. She would come home when an out was recorded on a dropped third strike to end the game at 8-0. Safford, Smith, Lynch and Emma Woolard each had two hits to lead the Maidens.

Against Lanier the Lady Bulldogs would jump out on top with two runs in the top of the first inning. They would add one more in the second, two in the third and one more in the fourth to take a 6-0 lead.

The Maidens would get a lead off triple by Tillis in the fourth inning, but left her stranded. They finally got in the scoring column in the fifth when Varnes reached on an error, was bunted over to second before scoring on a single by Pevey. But that would be all the Maidens could muster as they dropped their first region game of the season 6-1.

Tillis, Varnes and Pevey had the lone three hits for the Maidens.