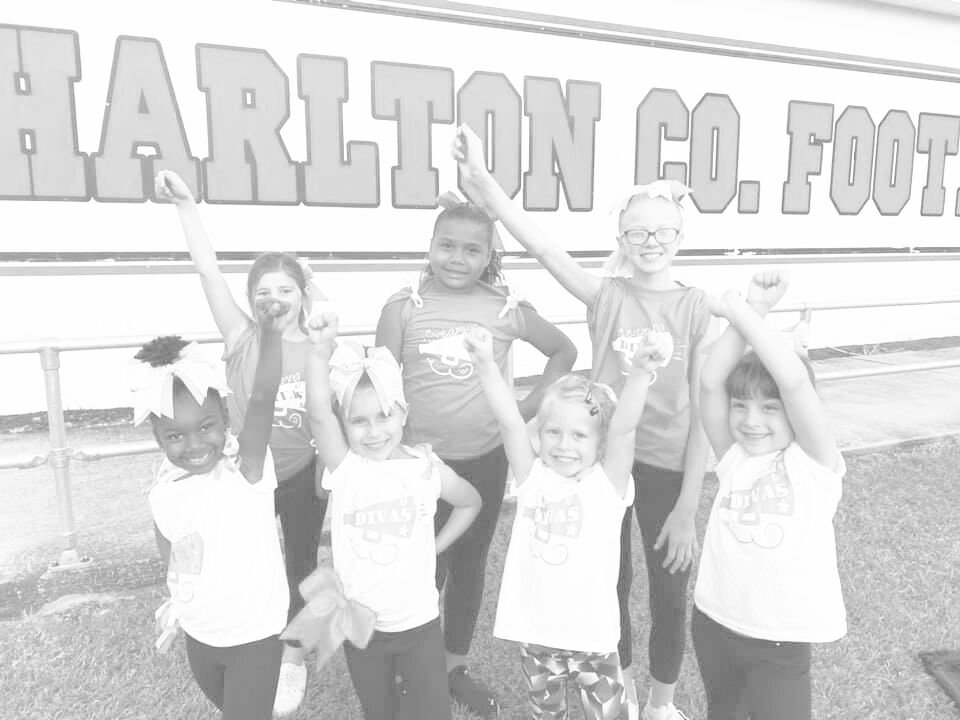 Recreation cheerleaders get ready to run on the field. 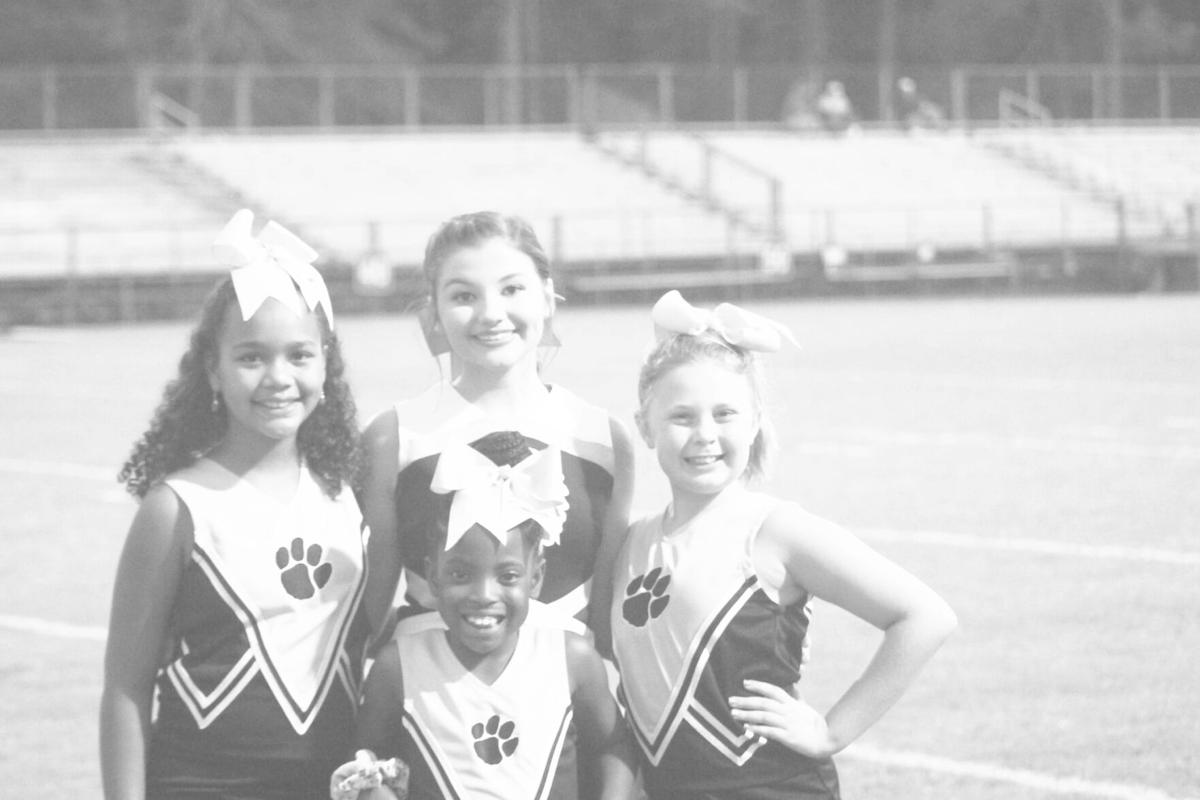 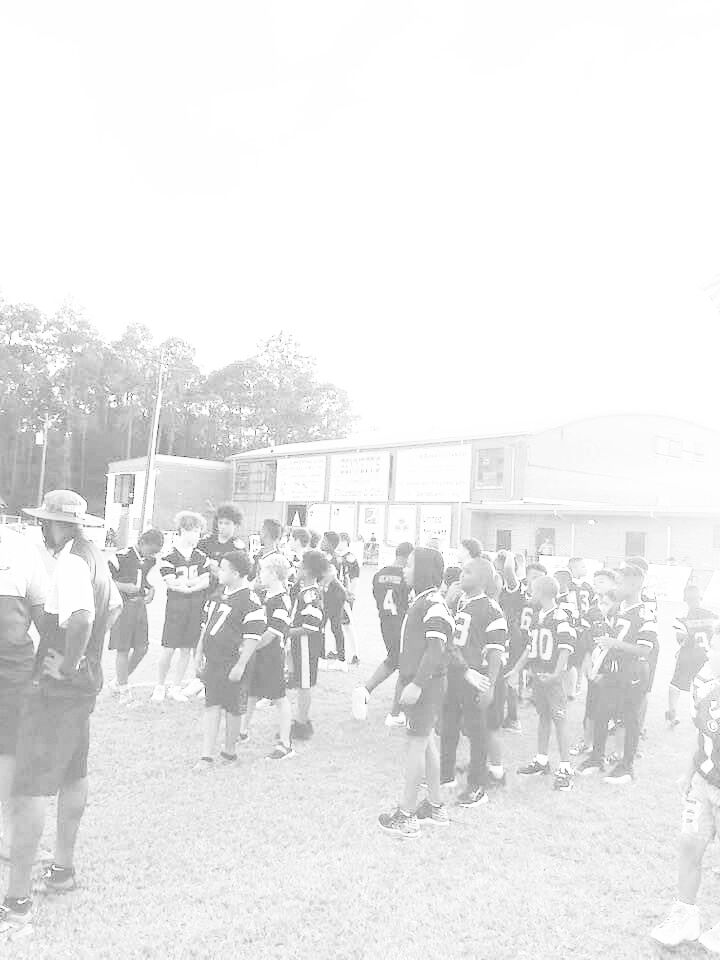 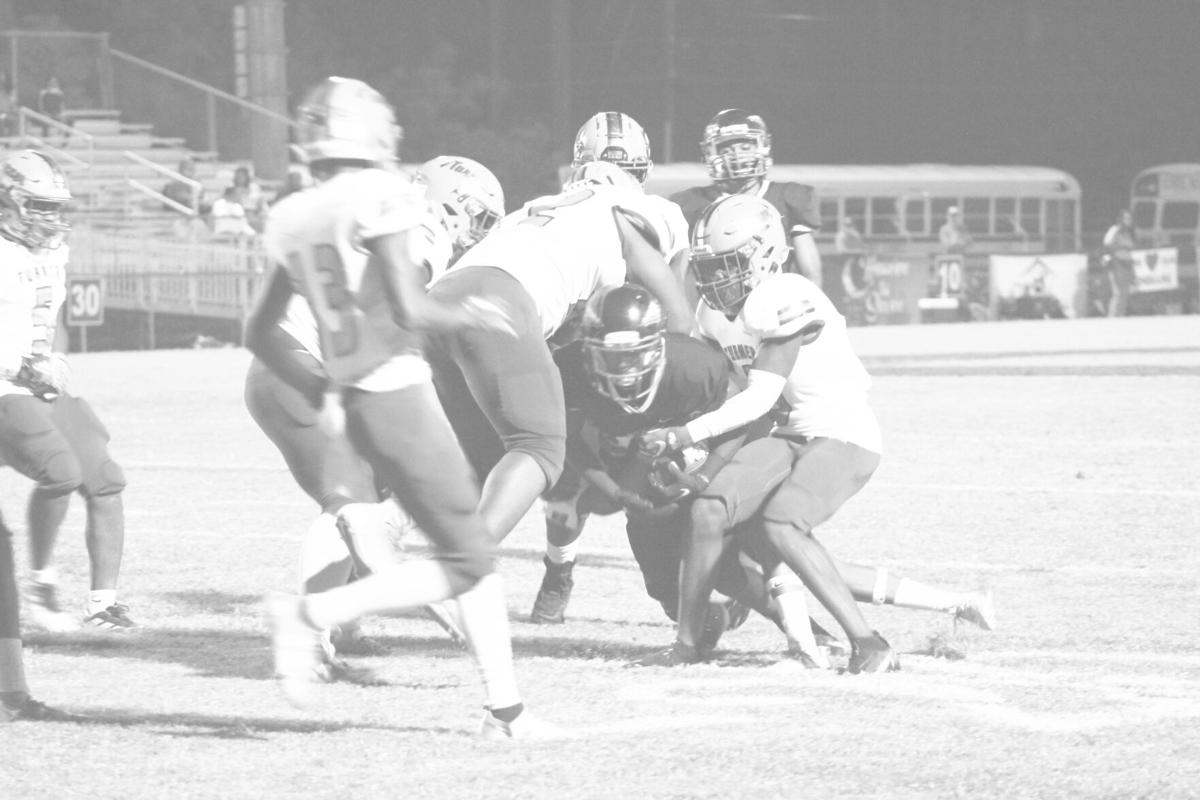 Najee Smith works to break through the defense.

Recreation cheerleaders get ready to run on the field.

Najee Smith works to break through the defense.

The Turner County Rebels brought a strong team to Champ Bailey Field last Friday night and proved to be too much for the Charlton County team to handle. The Rebels dominated the statistics and the scoreboard on the way to a 53-7 win over the Tribe.

The Rebels piled up 459 yards of offense and 23 first downs as they kept the ball away from the Indians. Charlton managed 112 yards and three first downs in the game.

It didn't take long for Turner to strike after receiving the opening kickoff. After a penalty to begin the series the Rebels completed an 11yard pass to the 40 before connecting for a 60 yard touchdown pass on the second play of the game. The PAT failed and Turner led 6-0 with just 34 seconds off the clock.

After the Tribe went three and out on their opening possession, Turner took over from their own ten yard line after a 53 yard punt by Tony Cobb. Using a short passing game and runs just long enough to keep the chains moving the Rebels put together a 20 play drive that consumed over 11 minutes. The final play of the drive was a short four yard run for a touchdown at the 10:41 mark of the second quarter. The PAT kick failed again the the Rebel lead was 12-0.

Jamari Hamilton gave the Indians a spark by returning the kickoff 45 yards and a late hit gave the Indians the ball at the Turner 28. Hamilton was injured on the play and after a delay on the field the Tribe seemed to be fired up.

Jaylen King ran for eight yards and after a penalty he found Kyler Williams for a first down at the ten yard line. Emari Williams picked up five yards and Cobb followed with a five yard scoring run. Wyatt Crews kicked the PAT and at the 7:26 mark the lead was cut to 12-7.

But Turner came marching back down the field, and behind two long passes had a first and goal from the one from where they ran it in with 1:32 left in the half. The two point pass was good and the lead increased to 20-7.

Things would begin to spiral downhill after that. An interception led to a 29 yard touchdown pass by the Rebels and then with just over a minute left in the half, the Rebels intercepted another pass and returned it for yet another score as they went into the break with a 35-7 lead.

The Indians started just across midfield after the second half kickoff, but came up short on a fourth down turning the ball over on downs. The Rebels then marched 60 yards in eight plays scoring on an eight yard run as the lead swelled to 41-7.

The third Indian interception gave Turner the ball back at the Indian 35 and one play later they would score on a 33 yard touchdown run to go up 47-7.

After another three and out by the Indians, the Rebels took over from the Indian 40 yard line and drove the distance in eight plays scoring on a one yard run with ten seconds left in the third quarter to open up a 53-7 lead.

The fourth quarter was played with a running clock and after the Indians couldn't pick up a first down the Rebels took over with 9:50 left. They chewed up all but 34 seconds before the Indians took over.

Cobb ran twice for 61 yards, but was tackled at the eleven yard line as time expired.

The Indians fall to 3-3 on the season and 1-1 in Region 2-A play. They will have a much needed open week this Friday before returning to host Brooks County on October 30.