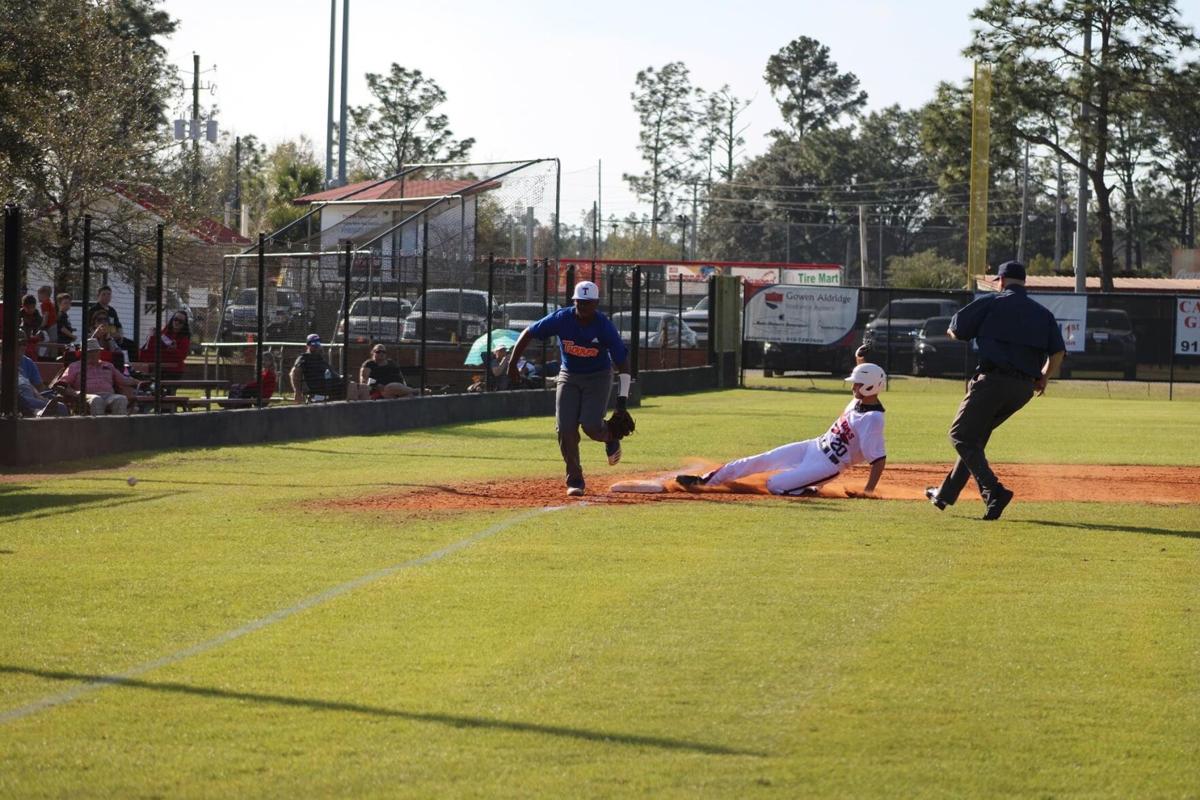 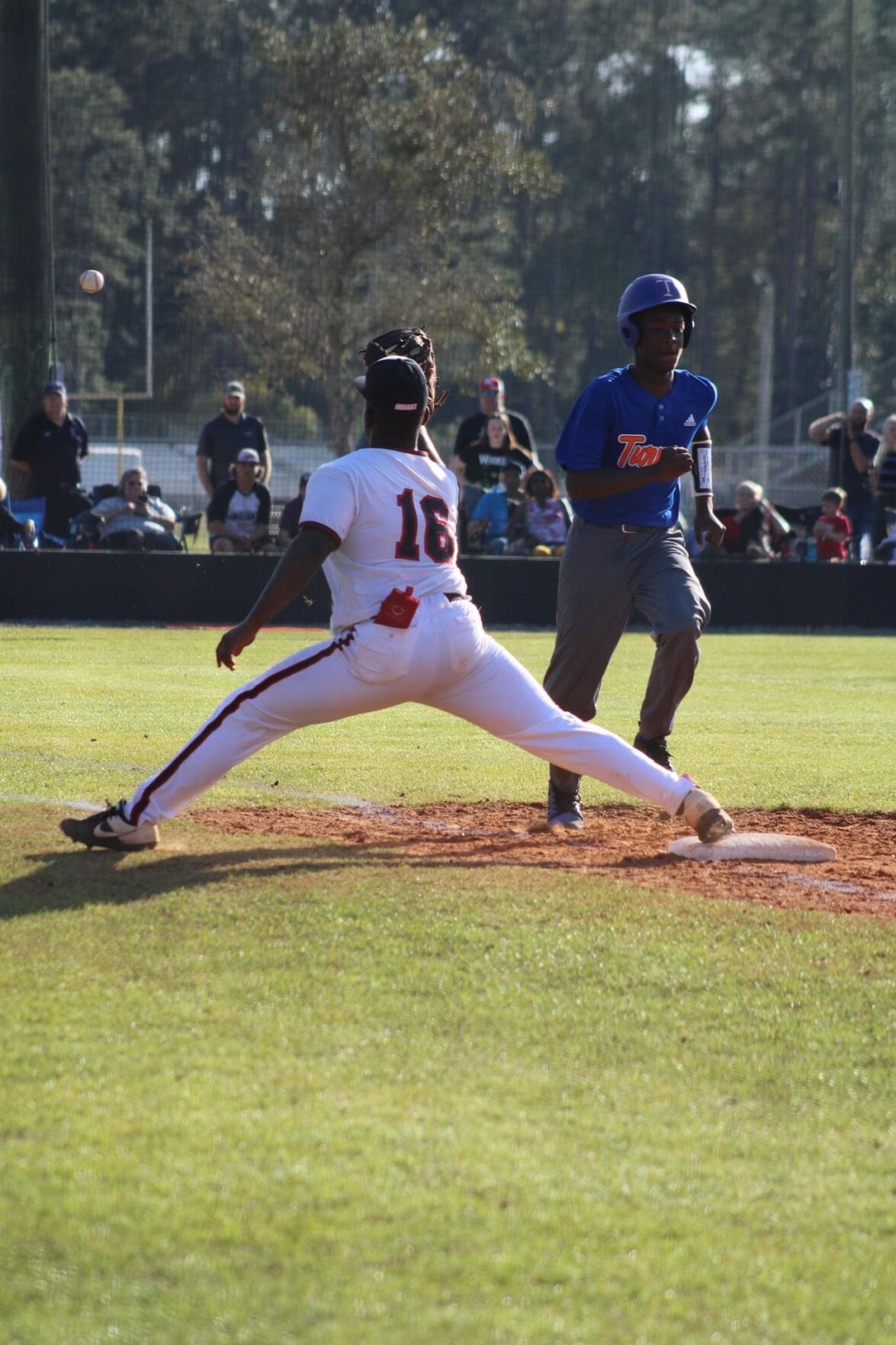 SHACARIO BAILEY WORKS FOR THE OUT. 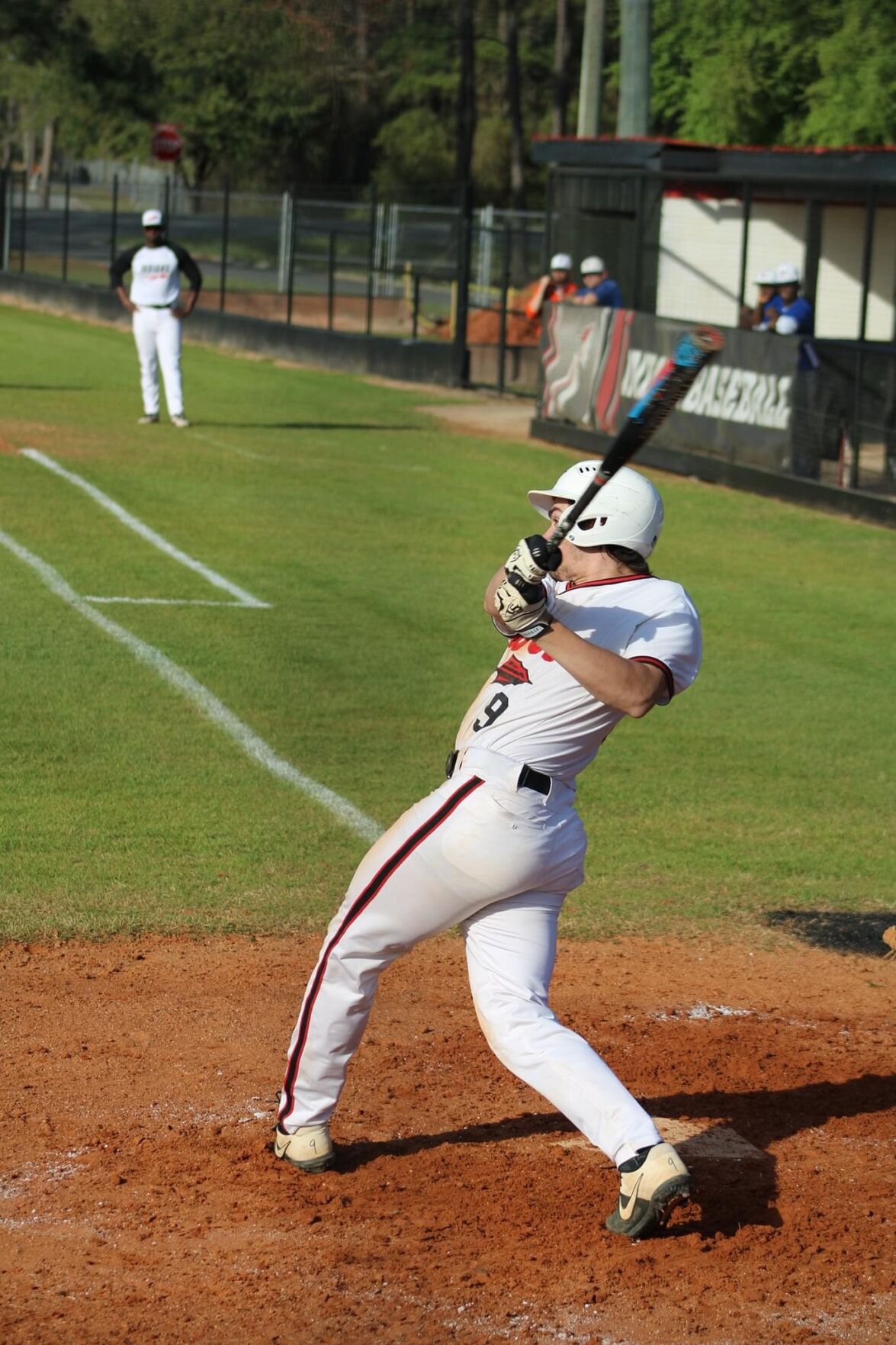 SEAN RUSSELL SWINGS FOR THE FENCES.

SHACARIO BAILEY WORKS FOR THE OUT.

SEAN RUSSELL SWINGS FOR THE FENCES.

The Charlton County baseball team saw their record improve to 9-4 on the season after sweeping three games from Turner County in addition to picking up a win against Brantley County. The wins kept the Tribe's winning streak alive at seven games as they moved to 6-0 in Region 2-A play.

Play would begin last Tuesday in Ashburn against Turner. After falling behind 1-0 in the first the Tribe would score 13 unanswered runs before the Rebels would score again in the sixth inning to make the final 13-2.

On Thursday, the Indians would be on the road again against Brantley County. Charlton would strike in the top of the first inning when Shacario Bailey blasted a two run home run scoring Connor Nelson, who had doubled in front of him.

The combination of Nelson and Bailey led to another Indian run in the third when Nelson singled and scored on a Bailey double to make the score, 3-0.

The Herons scored a pair of unearned runs in the bottom of the third to cut the Indian lead to one, but Colby Bryant scored on an error in the fourth and again in the sixth on a double by Sean Russel to make it 5-2.

Charlton put the game away in the top of the seventh with four more runs. A bases loaded walk to Nelson and a sacrifice fly by Bailey scored two runners before Bryant singled home two more runners to make the final 9-2.

Bailey led the Tribe with two hits and four RBI's while Nelson, Bryant and Russell also had two hits. Nelson picked up the win by pitching five innings allowing no earned runs while striking out eight batters. Beau Nazworth and Ian Vickers both pitched an inning of scoreless relief.

On Friday, Turner County made the return trip to Folkston for a doubleheader and the Indian bats put on a display of power. In the opener the Indians scored nine times in the first inning to set the pace for the day. The Tribe would get RBI's from Tristan Herring, Bailey, Bryant, Russell, Geiger, Smith, and Rodeffer before Herring doubled home his second run of the inning.

Charlton added to the lead in the second inning when Russell went deep over the left field fence for a 10-0 lead. Turner scored their lone two runs in the third inning, but Herring's sacrifice fly in the bottom half made the lead 11-2.

The Indians added four more runs in the fourth inning when Bailey's fly ball was misplayed and he circled the bases for one run. Lloyd added an RBI single as did Herring and Vickers making the final 15-2.

Herring had a big game picking up three hits while driving in four runs while pitching a complete game two hitter to pick up the win on the mound.

Game two of the doubleheader was much of the same as Geiger pitched a no hitter as the Tribe won 15-0 in four innings. Charlton scored seven times in the first to leave no doubt on the outcome. Nelson started things with an RBI triple and Bryant and Russell followed with run scoring singles. A Rebel error scored two more Indians before Herring plated the sixth and seventh runs of the inning with a single.

In the second inning Nelson blasted a solo home run over the center field fence to make it 8-0 and the Tribe would end the game in the fourth when seven more runs crossed the plate.

Geiger went four innings and didn't allow a hit while striking out ten batters. Nelson and Nazworth both picked up two hits while Bailey's three RBI's led the way.

The Indians are at Echols County on Tuesday before hosting Echols Friday in a doubleheader. The Tribe will also host Brooks County next Tuesday.