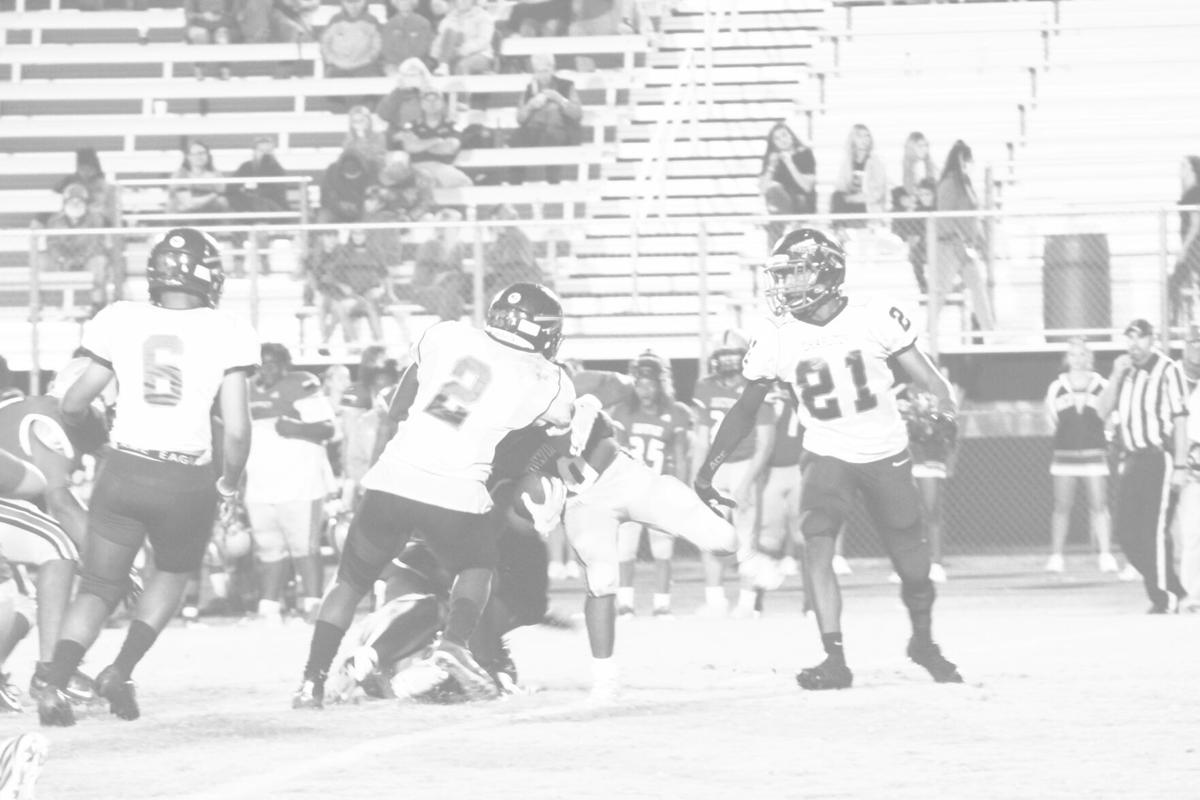 The Tribe works to stop the opposing Indians. 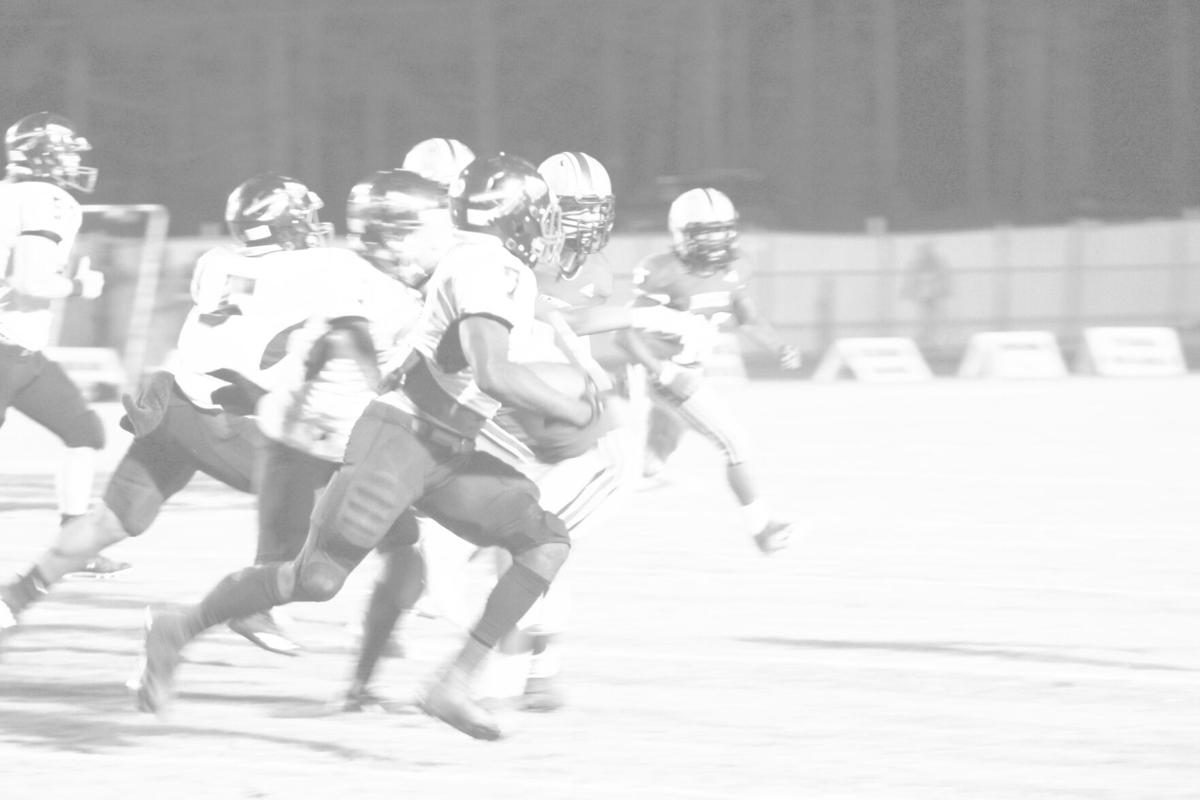 Tony Cobb moves the ball down the field. 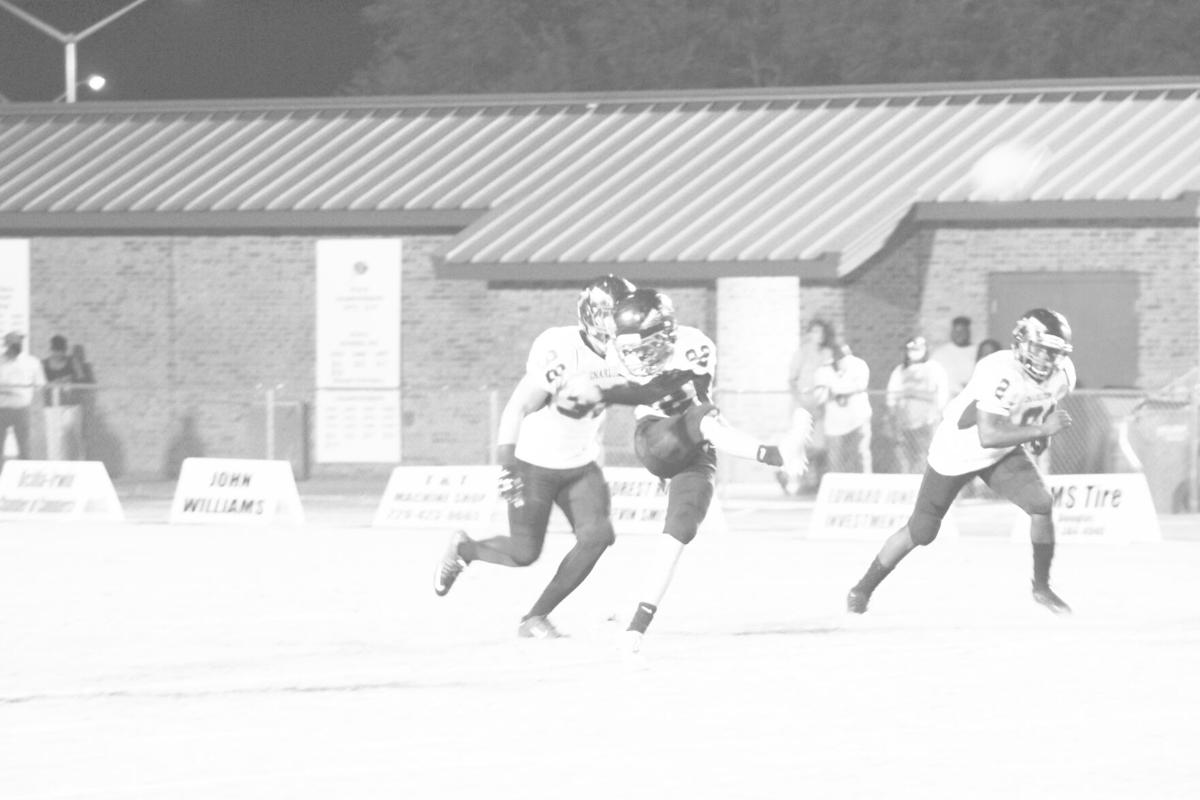 Wyatt Crews with the punt. 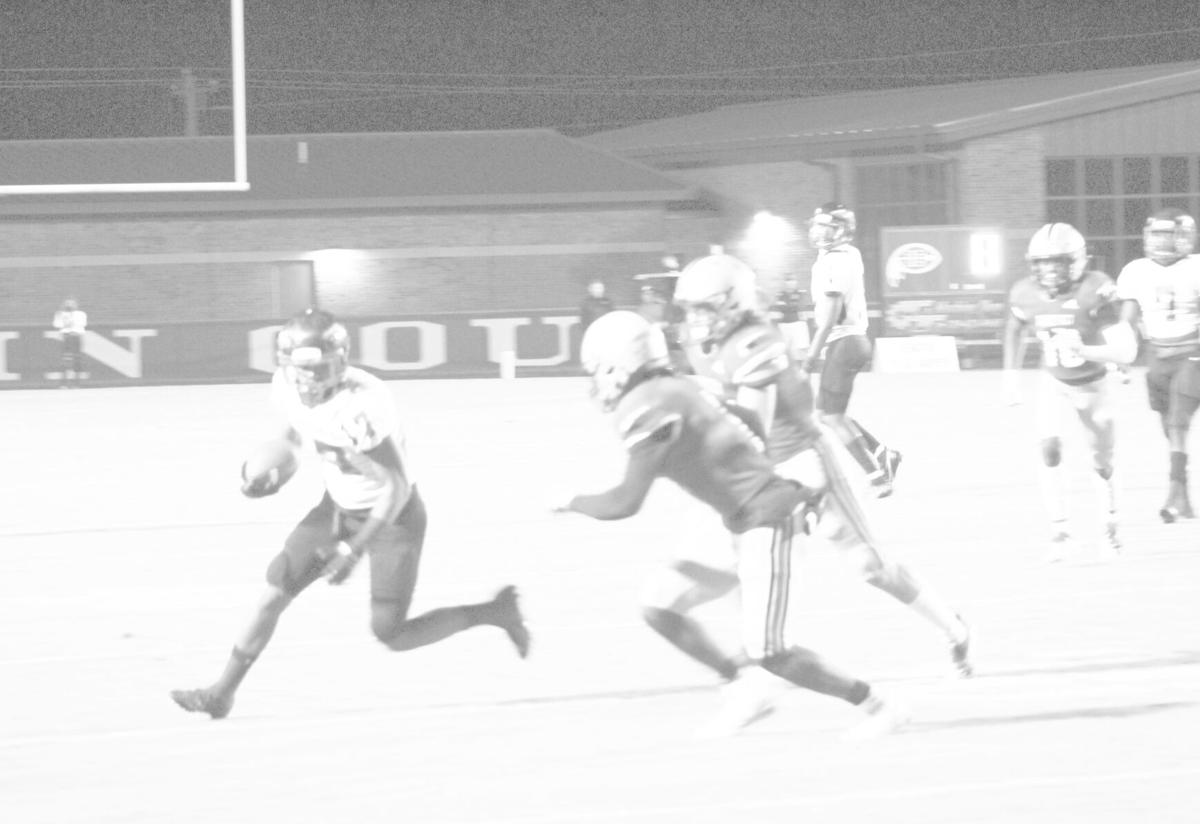 Tristain Herring runs around the defense.

The Tribe works to stop the opposing Indians.

Tony Cobb moves the ball down the field.

Wyatt Crews with the punt.

Tristain Herring runs around the defense.

The Charlton County Indians found themselves overmatched against defending state champion Irwin County last Friday night in Ocilla, as they dropped a 58-16 decision. Charlton was playing for the first time since October 16 after having a bye week and then having their game against Brooks County postponed due to Covid-19 within the Indians' staff.

The loss dropped the Indians to 3-4 on the season and 1-2 in Region 2-A play. The Tribe will face Lanier County this Friday night at home and it's looking like the Brooks County game will be made up on Tuesday night before ending the regular season at Atkinson County on November 20 or possibly Saturday, November 21.

The Indians began the game showing no signs of rust after the long layoff. Charlton started at the 30 yard line after the opening kickoff and behind completions from Jaylen King to Tristan Herring and Emari Williams along with runs by Tony Cobb to move down to the Irwin 15 yard line. But the drive would stall and Wyatt Crews came on to nail a 32 yard field goal and give Charlton a 3-0 at the 8:45 mark of the opening quarter.

The lead would be short lived though after Irwin took over near midfield to begin the first drive. It would take just five plays along with two Charlton penalties to move the ball down to the two yard line from where Irwin would run it in to take a 7-3 lead.

Charlton couldn't move the ball and Irwin drove 49 yards scoring on a ten yard run to go up 14-3 with 3:34 left in the first quarter.

The teams traded punts until Irwin took over from the Charlton 46 yard line. On the first play of the second quarter Irwin threw a 46 yard touchdown pass to increase the lead to 21-3.

With Charlton unable to pick up a first down again the Indians would catch a break when Irwin fumbled the punt and Keyshawn Hobbs fell on the loose ball at the Irwin 25 yard line.

An offside penalty moved it down to the 20. But a penalty by Charlton and a sack saw the ball backed up to the 32. King then connected with Kyler Williams for 21 yards and a first down at the 11 yard line. But from there the drive stalled and Crews came on for another field goal attempt. However this time Irwin blocked the kick and returned it just across midfield.

The wheels would continue to fall off for Charlton after advancing near midfield. Lined up to punt the snap sailed over the punter's head and Irwin had the ball at the 28. After a pass down to the two, Irwin scored on the next play to add to the lead making it 35-7.

Then on the ensuing kickoff the Indian returner raced out to the ten before trying to reverse field and losing yardage. The tackle took place in the end zone and Irwin had two more points due to the safety.

Irwin then got the free kick and after a seven yard run on first down finished off the drive with a 40 yard touchdown pass with 0:53 left in the half to go up 44-3.

Unfortunately for Charlton the half wouldn't end soon enough. An interception gave Irwin the ball at the 23 with 13 seconds left. After a 20 yard pass Irwin scored on a three yard run as time expired and the lead grew to 51-3 at the half.

Irwin took the second half kickoff and started right where they left off. Beginning at their own 47 Irwin drove 53 yards in four plays scoring on a 35 yard run to make it 58-3 at the 8:15 mark of the third quarter.

Charlton would finally find some offense in the fourth quarter after taking over from the Irwin 34 after a punt. After an initial first down King and Kyler Williams connected for ten yards and a targeting penalty gave the Tribe a first and goal at the eight. On the very next play Jaylen Lilley finished the drive with an eight yard run. Crews' PAT cut the deficit to 58-10 with 9:50 left.

The Tribe would get the ball back one final time at the 6:30 mark. Two runs by Tony Cobb covered 53 yards down to the 11. Lilley picked up five yards before Cobb ran for five more to the one yard line. Cobb finished the drive with his eleventh rushing touchdown of the year. Crews' PAT was blocked leaving the final score at 58-16.

Cobb led Indian rushers with 81 yards while Herring caught two passes for 32 yards and Williams had two receptions for 31 yards.

Lilly led the defense with six tackles while Nathan Johnson and Asad Akbar were both in on five stops.