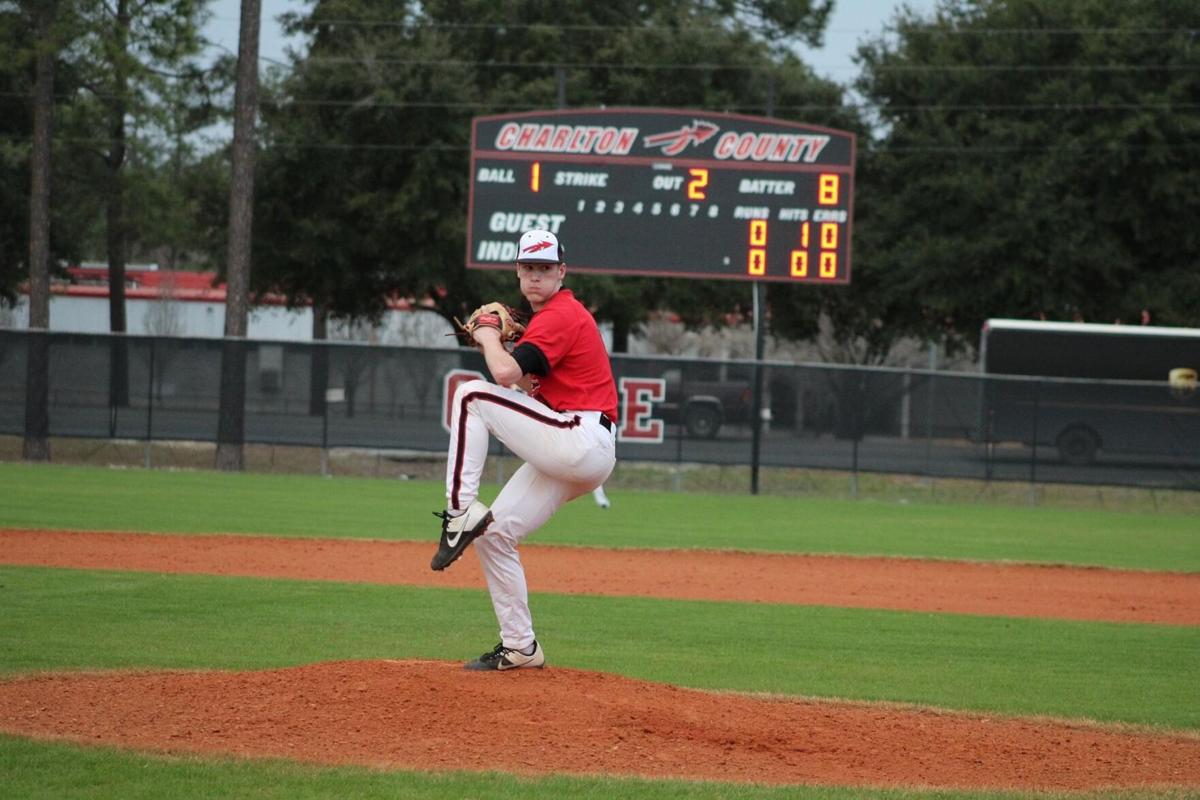 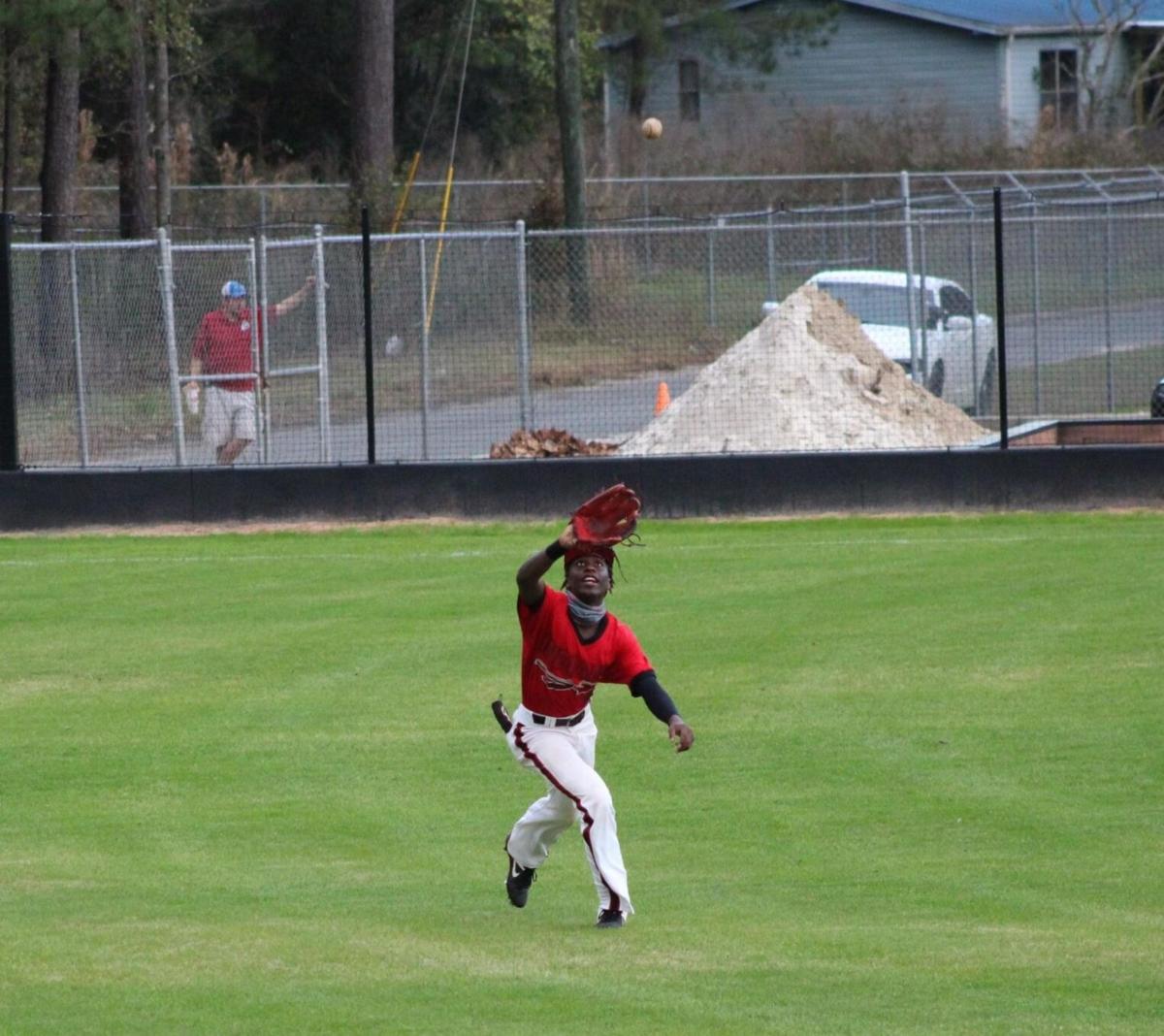 NAJEE SMITH WAITS FOR THE DROP. 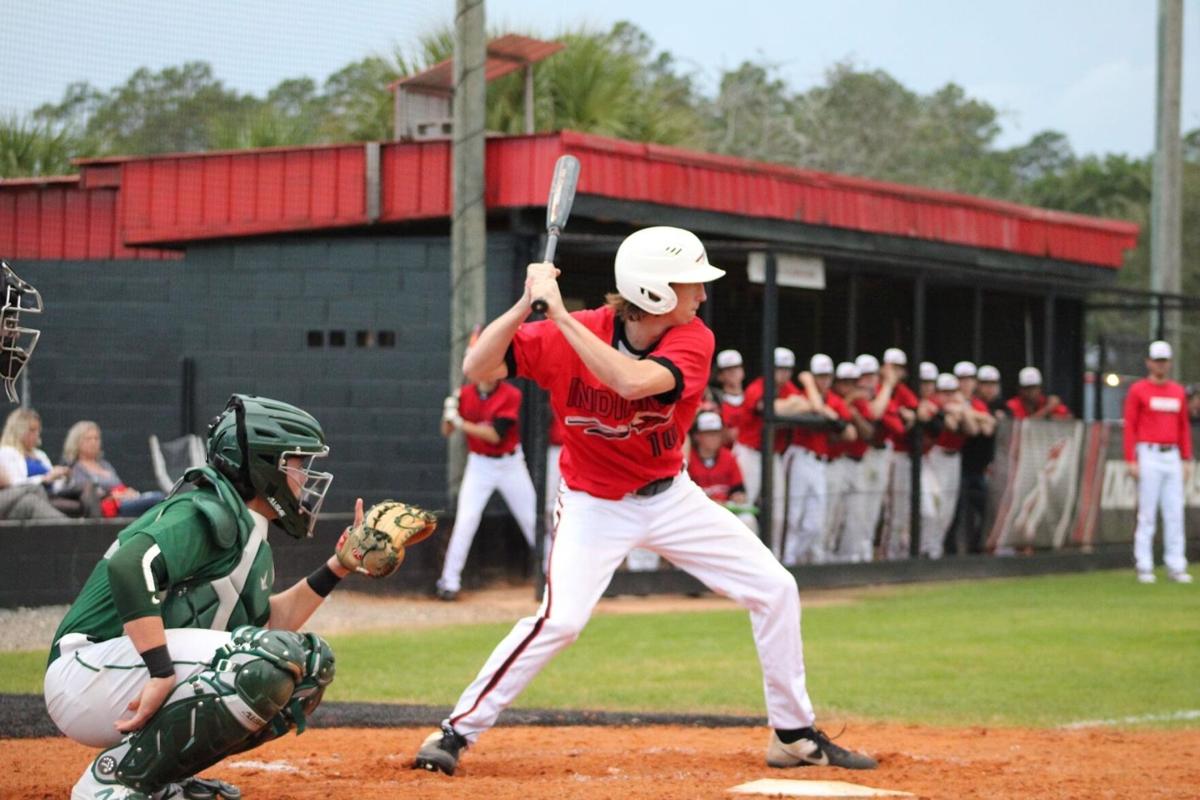 NAJEE SMITH WAITS FOR THE DROP.

The Charlton County Indians baseball team got their regular season off to a mixed start last week dropping the season opener to Brunswick in the season opener on the road Tuesday, before rallying from behind to defeat Ware County at home on Thursday.

At Brunswick, the Pirates struck first with three unearned runs in the bottom of the first inning. The Indians would come right back in the top of the second by scoring twice.

Keyshawn Hobbs and Najee Smith both hit one out singles. A Brunswick error and a fielder's choice allowed both runners to cross the plate to cut the deficit to 3-2.

In the top of the third inning Tristan Herring led off with a single, stole second and would come around to score the tying run knotting the score at 3-3.

But in the bottom half of the inning Brunswick added three more runs and then continued to add to their lead with a single run in the fifth and three more in the sixth to go up 10-3.

Charlton scored their final run in the seventh inning when Wade Rodeffer and Herring were hit by pitches and Shacario Bailey walked to load the bases. An RBI ground out by Gant Geiger scored Rodeffer to make the final 10-4 in favor of the Pirates.

The Tribe managed just four hits on the day with Rodeffer, Herring, Hobbs, and Smith each collecting one each.

In the home opener against Ware on Thursday, the Indians surrendered the lead in the top of the first when the Gators took a 1-0 lead. But the Tribe struck right back in the bottom of the first, when Connor Nelson walked and stole second and would advance over to third before Bailey drew another walk. With runners on the corners the Indians would pull a successful double steal to tie the score at 1-1.

In the top of the second, Ware used two home runs to score three times and take a 4-1 lead. In the bottom of the second Rodeffer hit a sacrifice fly to score Colby Bryant to cut the Gator lead to two runs.

It would stay that way until the fourth inning when the Gators smashed a three run home run to go up 7-2.

But in the bottom of the fifth, the Tribe would show their grit and tie the game up. After a Smith walk Herring doubled to put two runners on. Rodeffer drove home one run with a sacrifice fly and Nelson followed with a sacrifice fly of his own to make it 7-4. With two outs and the bases now empty, Geiger and Bailey both walked and Sean Russell followed with a three-run home run to tie the score at 7-7.

The Indians would take their first lead in the bottom of the sixth when Trent Gray walked to lead off the inning. A Smith sacrifice bunt allowed him to advance all the way over to third and a clutch two-out single by Rodeffer put the Tribe on top. Rodeffer would steal second and advance to third on a wild pitch before Nelson singled to score him.

With a two run lead the Tribe allowed one base runner in the seventh but would retire the side and take home the 9-7 win.

Trent Gray was outstanding on the mound in picking up the win. Gray would pitch six innings of relief and allowed just two earned runs while striking out nine Gators. Charlton would again get just four hits but took advantage of ten walks by Gator pitching. Rodeffer drove in three runs while Nelson added two RBI's.

The Tribe hosted Brantley County on Tuesday and Brunswick will make the return trip to Folkston on Thursday. On Friday the Indians head to Camden County to play and on Saturday the Wildcats will visit the Swamp.