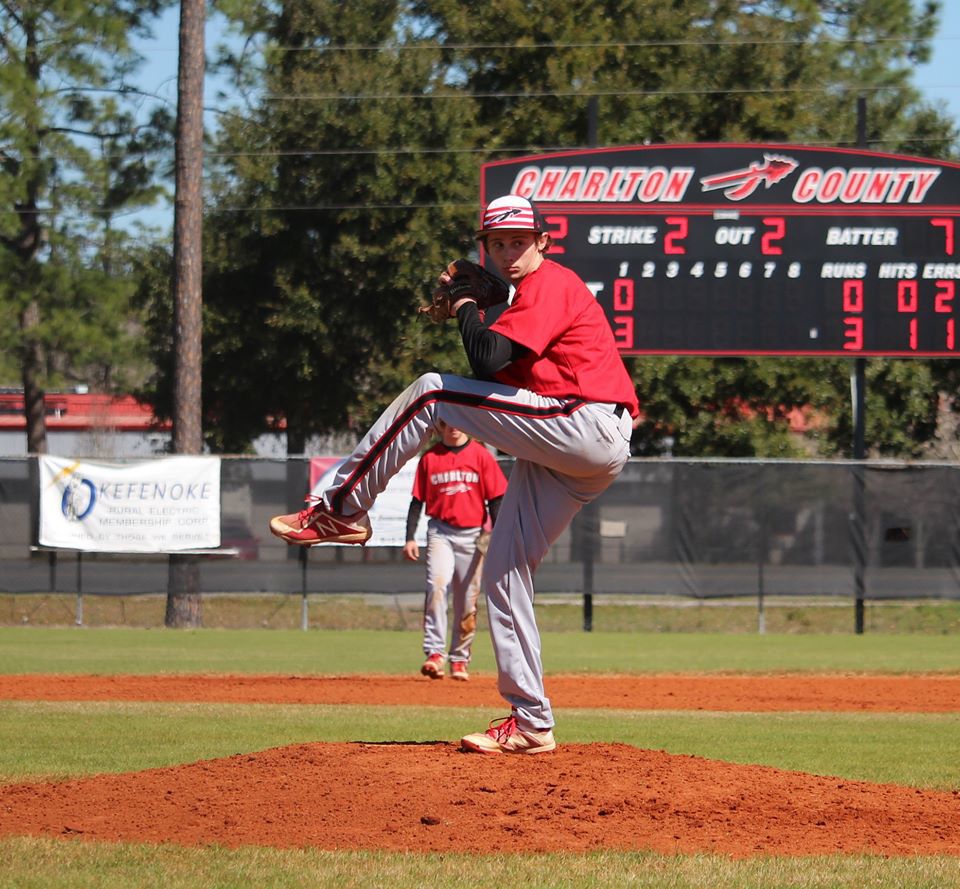 Beau Nazworth takes the mound in the jayvee match-up with Brantley County. 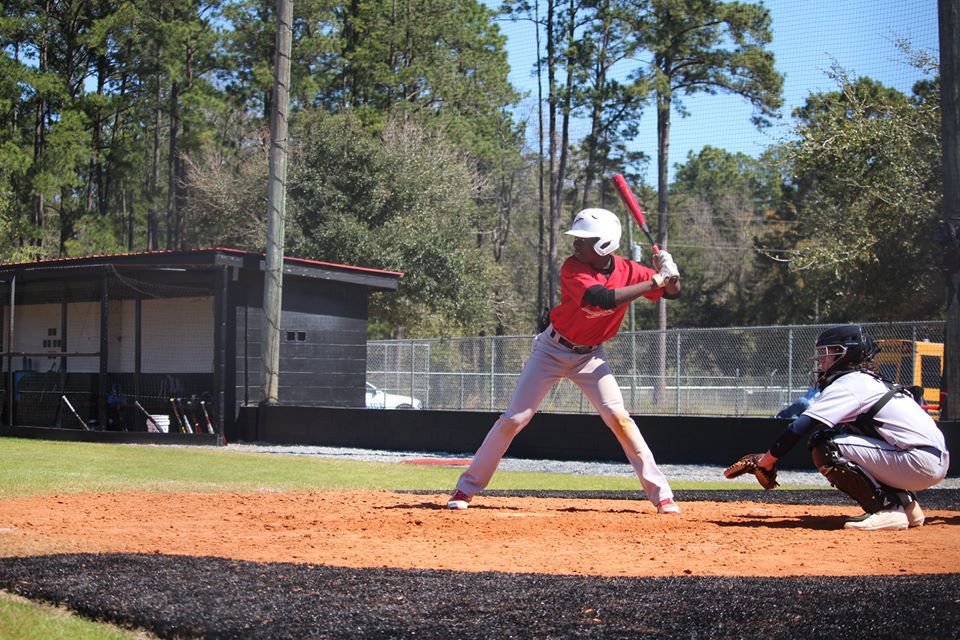 Najee Smith gets ready for the pitch. 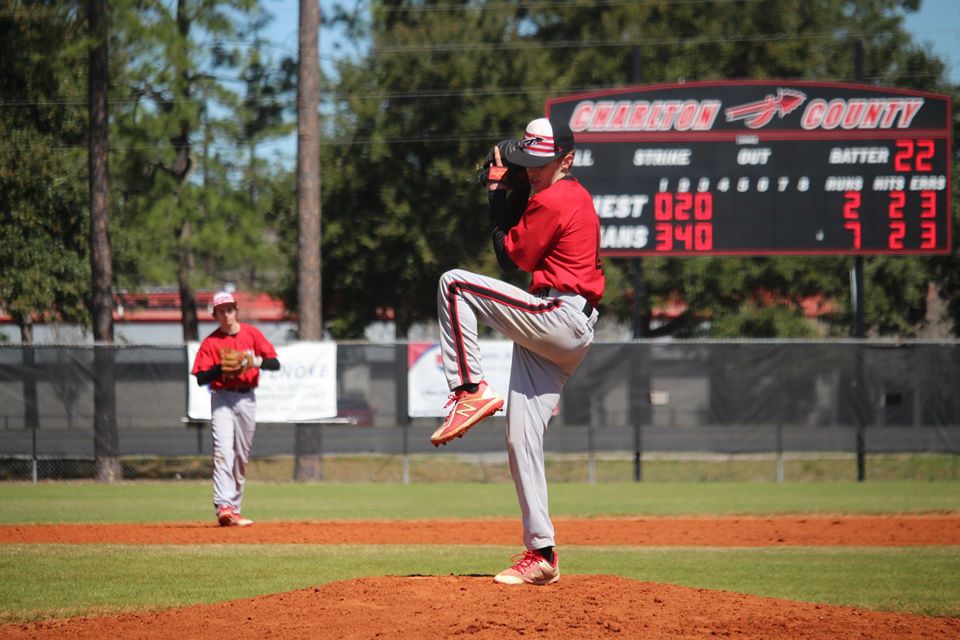 Connor Lloyd does work as pitcher in the 4-3 win on Saturday, March 7. 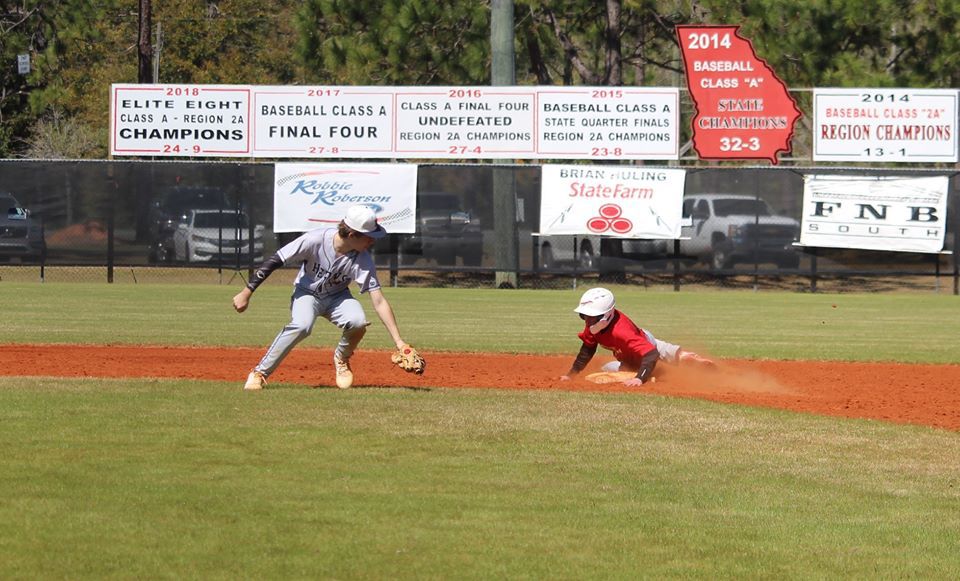 The Indian slides safely across second base. 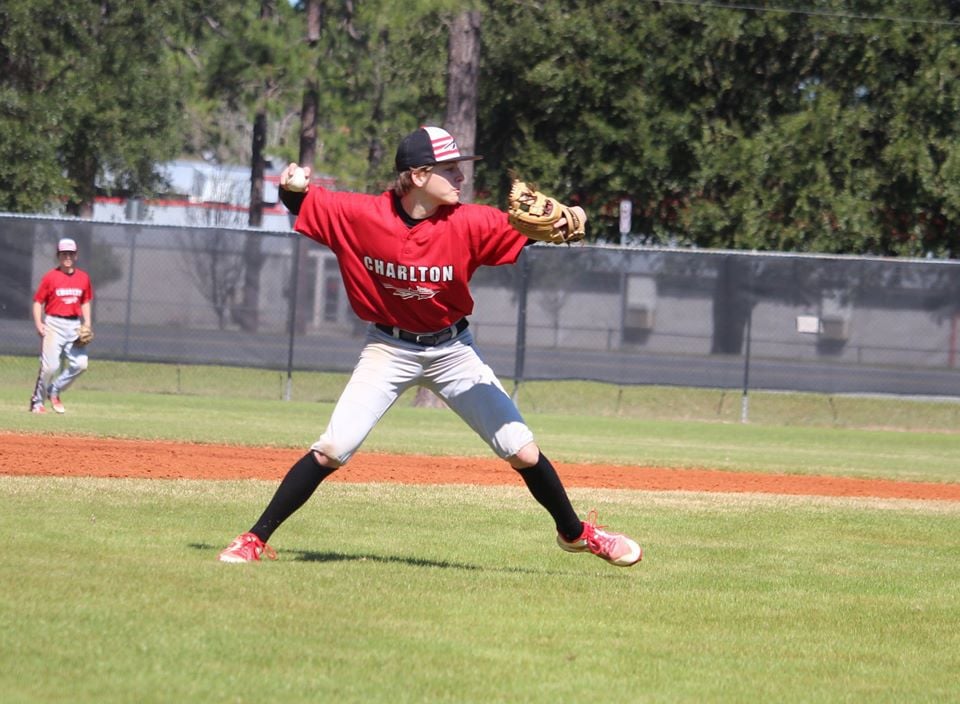 Haze Johnson throws in the ball. 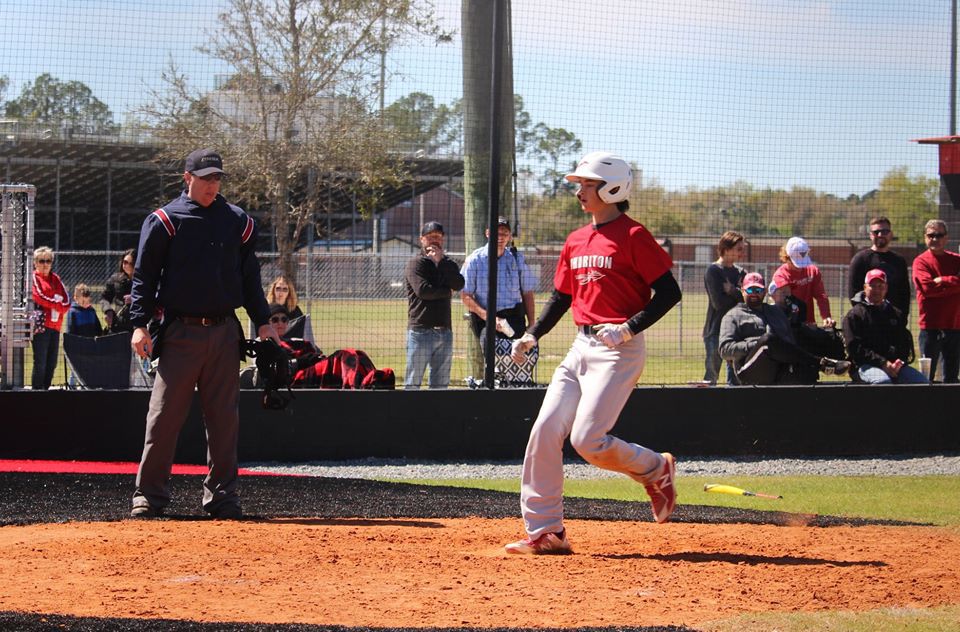 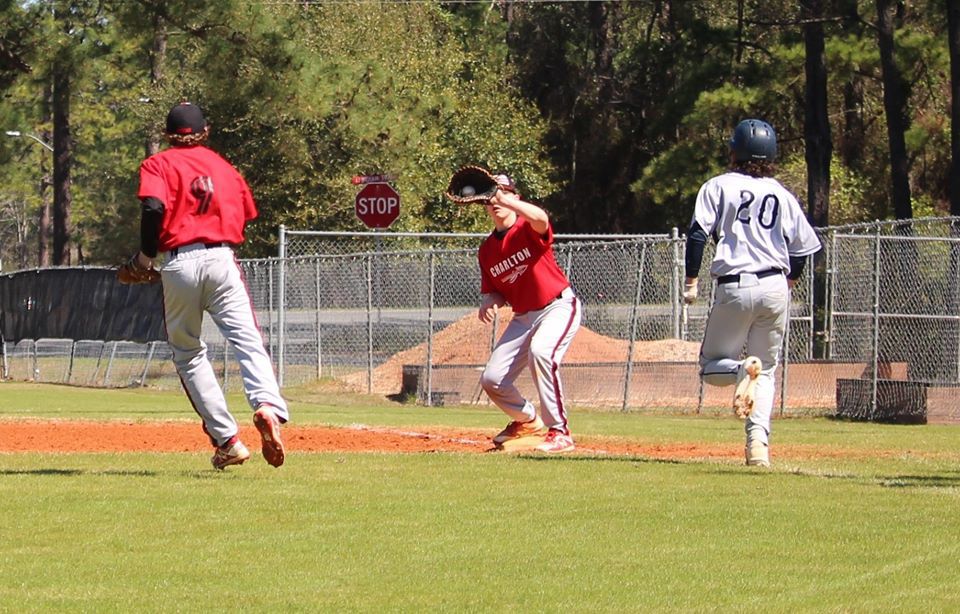 The Tribe works together for the out.

Beau Nazworth takes the mound in the jayvee match-up with Brantley County.

Najee Smith gets ready for the pitch.

Connor Lloyd does work as pitcher in the 4-3 win on Saturday, March 7.

The Indian slides safely across second base.

Haze Johnson throws in the ball.

The Tribe works together for the out.

The Charlton County baseball team saw their record go to 9-3 on the season after beating region foe Telfair County, before seeing their seven-game winning streak snapped by Long County. The Indians are currently 4-1 in Region 2-A play, just one game behind region-leading Wilcox County.

On Tuesday, the Tribe hosted Telfair and came out on fire against the Trojans. In the bottom of the first, Wade Rodeffer led off with a single and stole second. Tristain Herring followed with a bunt single and Sean Russell reached on an error to score the first run. Connor Nelson doubled in two more runners before Shacario Bailey’s home run to right field made the score 5-0 before an out was recorded.

But the Trojans scored twice in the second and third innings to cut the Indian lead to 5-4 before Charlton could get on the board again in the bottom of the third inning.

Trey Cribb singled and advanced to third when Trent Gray reached on an error. Beau Nazworth’s RBI groundout scored Cribb to push the lead back to two runs.

Telfair answered back with two runs in the fifth inning to tie the score at 6-6 and it would remain tied until the bottom of the sixth.

The Indians would load the bases on an error, a walk, and a bunt single by Herring. Sean Russell was hit by a pitch to force home the go ahead run and Nelson followed with a two-run double to make it 9-6. Bailey added a run-scoring double of his own before an RBI groundout by Cribb pushed the lead up to 11-6.

Telfair would score once in the seventh, but the Tribe would hang on for an 11-7 win.

Herring picked up three hits for the Indians, while Nelson drove in four runs and Bailey added three RBI’s. Keyshawn Hobbs picked up the win in relief, pitching two innings of shutout ball, while Bailey got the save after coming in to record the final out.

On Friday, the Indians played host to Long County and would strike first with runs in the second inning. Nelson led off the inning with a single and advanced to second on a groundout. Cribb followed with an RBI single taking second on the throw. Gant Geiger added another run-scoring single to put Charlton ahead, 2-0.

The lead would be short lived as the Blue Tide answered back with six runs in the top of the third inning and three more in the fifth to go up, 9-2.

Charlton got one run back in the bottom of the fifth, when Bailey’s sacrifice fly scored Rodeffer from third, but that would be all they could manage the remainder of the game and fell by a 9-3 score.

The Tribe will return to the diamond on Tuesday when they travel to play Lanier County before returning home on Thursday to play Baker County (FL). They will end the week at Echols County on Friday.