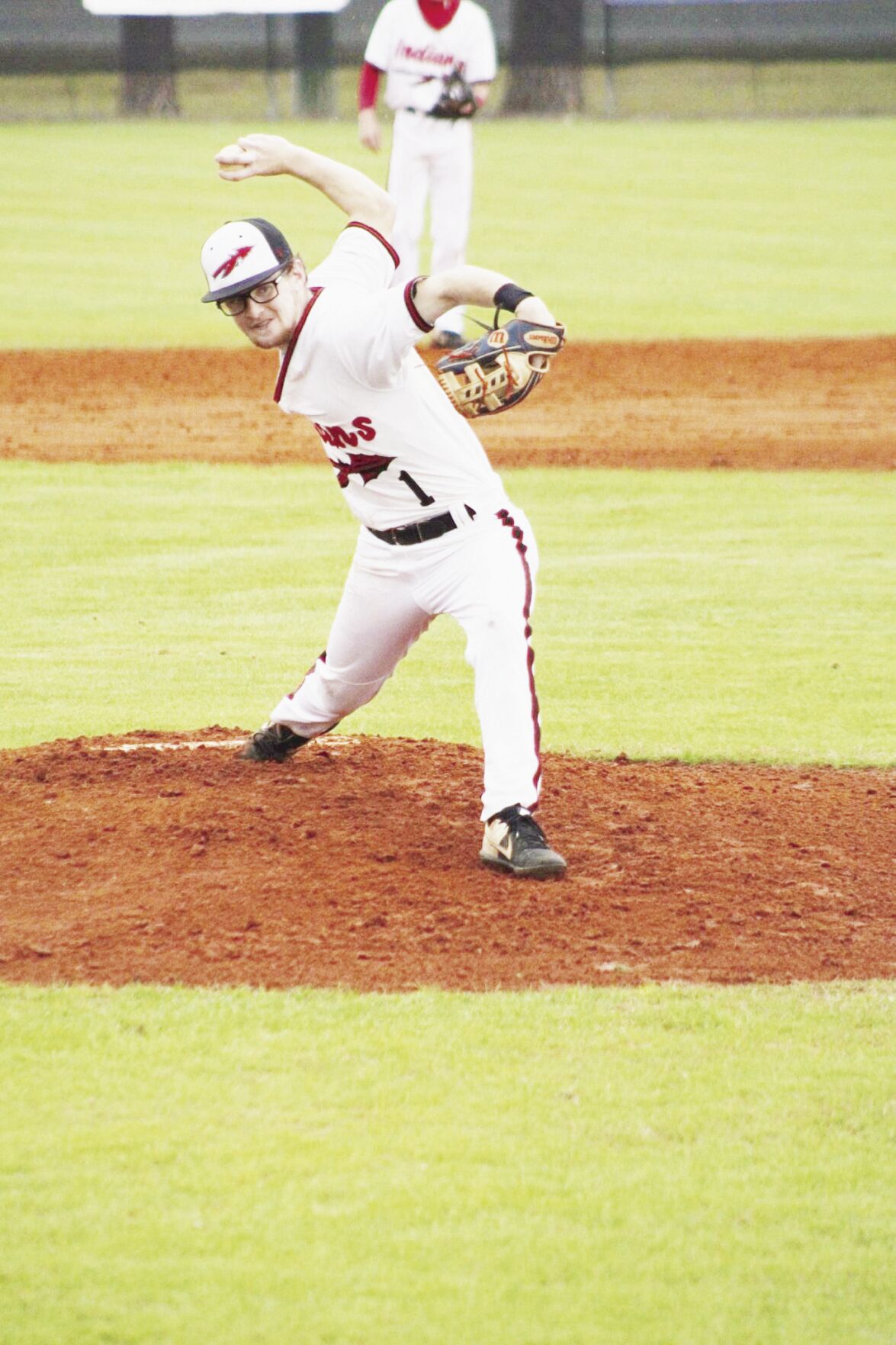 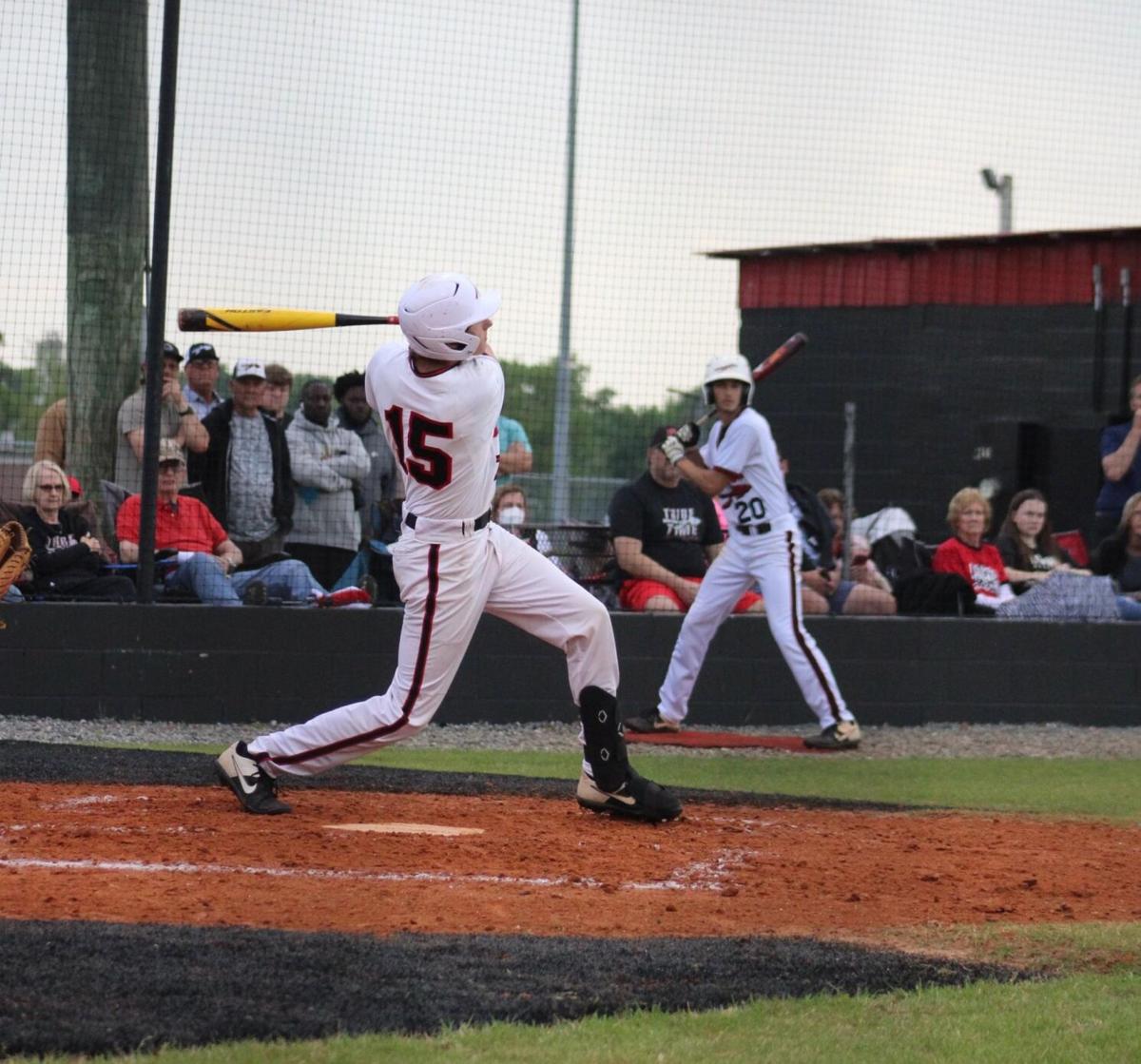 BEAU NAZWORTH GETS THE HIT. 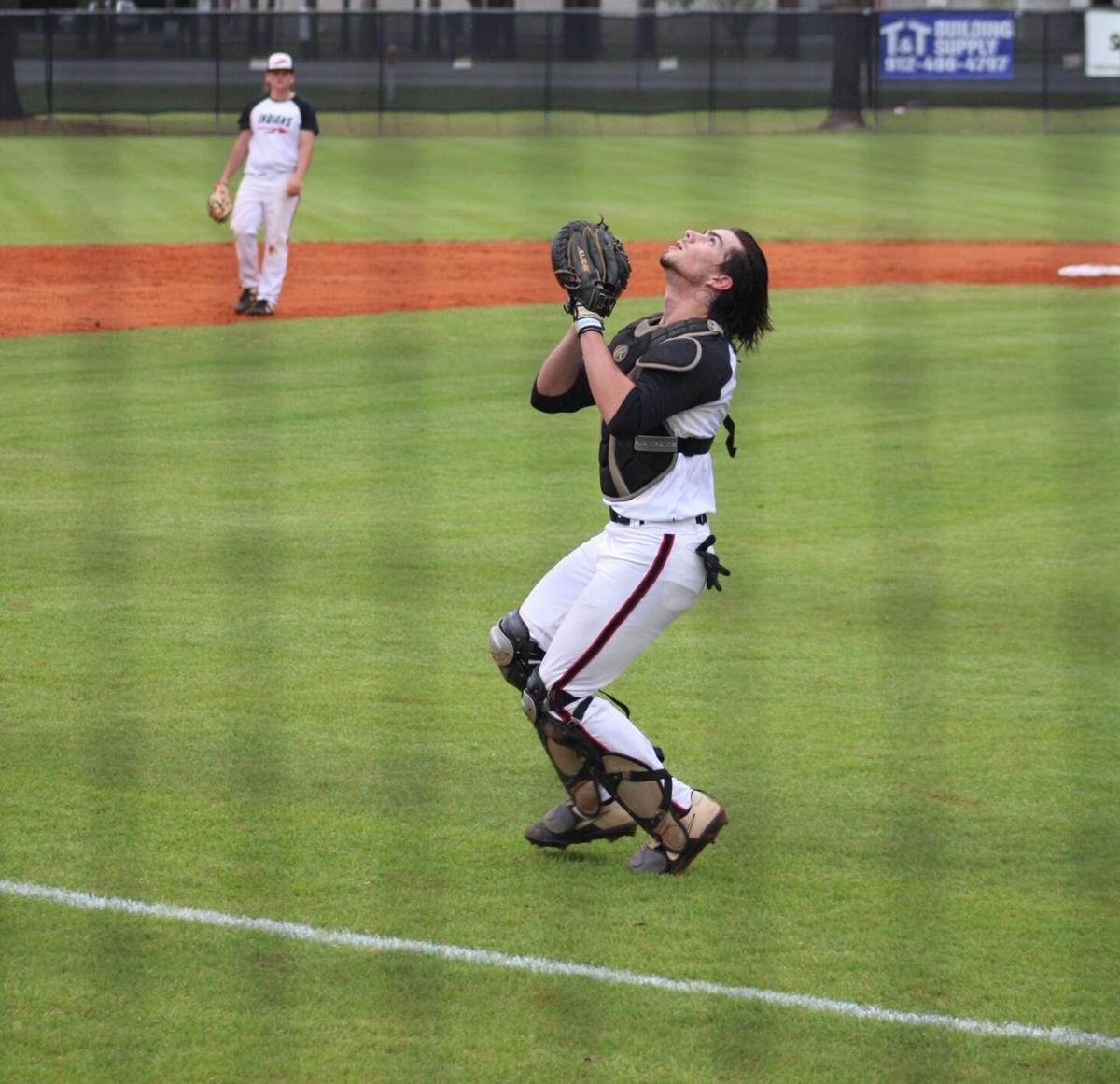 THE TRIBE DOES WORK ON DEFENSE. 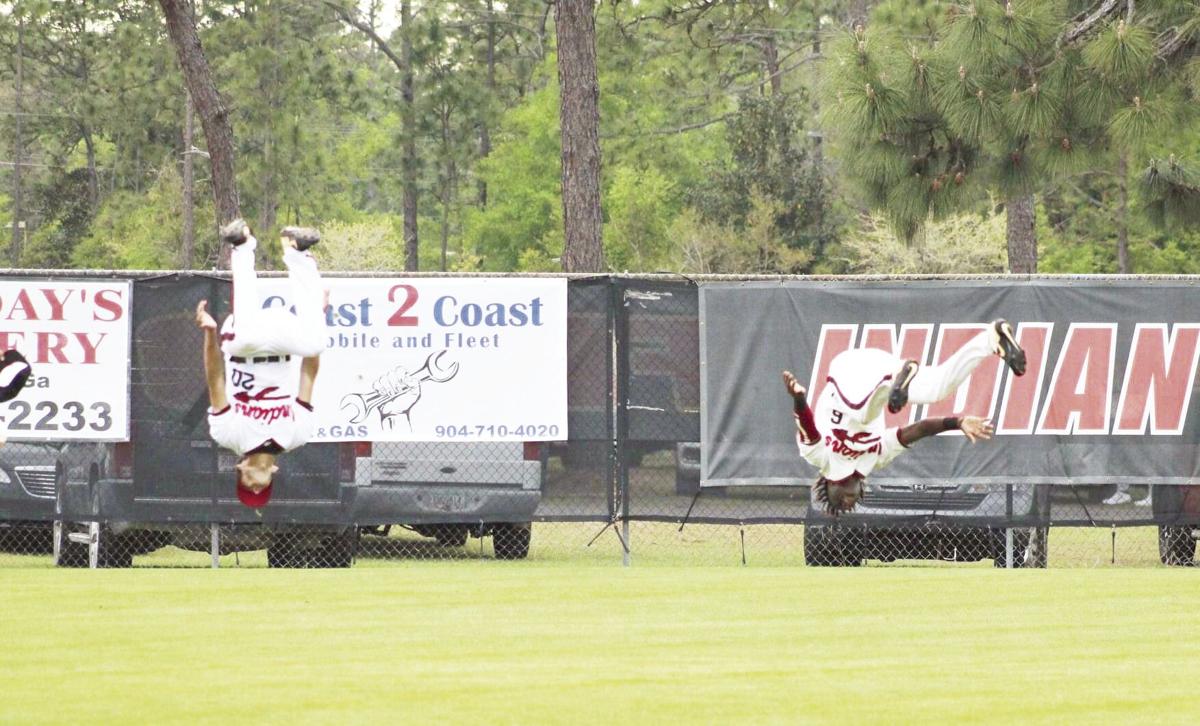 THE INDIANS CELEBRATE THEIR VICTORY.

BEAU NAZWORTH GETS THE HIT.

THE TRIBE DOES WORK ON DEFENSE.

THE INDIANS CELEBRATE THEIR VICTORY.

The top two teams in Region 2-A battled it out on the diamond last week with the Charlton County Indians coming out on top in two of the three games played over Irwin County. The two teams entered the week deadlocked atop the region standings and when the final game was completed the Tribe held a one game advantage. Charlton now owns a 16-6 overall record and are 13-2 in region play. After two non-region games this week against Hilliard, the Indians will have three game series' against Atkinson County and Lanier County to finish out the regular season.

In the series opener at home on Tuesday, the Indians got a strong pitching performance by Trent Gray and got enough timely hits to pull out a 4-0 win.

Charlton got on the board in the first inning when Wade Rodeffer drew a one out walk, stole second and came home on a single off the bat of Shacario Bailey. They would add another run in the second inning when Sean Russell opened the inning with a double. He was sacrificed over to third by Colby Bryant and scored on a ground out by Najee Smith.

The Indians would hang on to that 2-0 lead until the fourth when Bailey blasted a solo home run and then Russell would come home later in the inning on an error to push the lead to 4-0 which was plenty to hold off the Indians from Ocilla.

Bailey and Russell picked up all the Indians' hits with two each while Gray was masterful on the mound. He allowed just two hits and no runs while striking out nine batters in his complete game shutout.

On Friday the Indians were on the road to Ocilla for a double header. In the first game the Tribe would use the same recipe of good pitching and timely hitting to pull out the win 4-2.

Charlton would strike in the top of the first inning when Tristan Herring was hit by a pitch, stole second, advanced to third on a wild pitch before scoring on a ground out by Rodeffer. With two outs in the inning, Bailey came through again with another solo home run for a 2-0 lead.

From that point the pitching of both sides took over as the score stayed that way until the top of the seventh inning when the Tribe picked up a couple of key insurance runs.

Russell led off with a double and Beau Nazworth singled to drive him home. Nazworth took second on the throw and when Gant Geiger's ground ball was misplayed he would race home with the fourth Charlton run.

Those runs would prove to be important as Irwin tallied two runs of their own in the bottom of the seventh but Charlton would prevail 4-2.

Connor Nelson pitched great into the seventh inning allowing just one earned run while striking out eight batters. Herring came on to record the final two outs to pick up the save. Russell led the Indian offense with two hits.

In the third and final game of the series Charlton looked poised to make it a sweep, but a late Irwin rally allowed them to pull out an 8-7 win.

The game was scoreless until the third inning when Charlton erupted for five runs. Singles by Geiger, Dylan McAlister and Smith loaded the bases before Herring ripped a double to score two runs. Rodeffer followed with a sacrifice fly to make it 3-0. Bailey stayed hot and blasted his third home run of the series to push the lead to 4-0. Nelson then doubled and advanced to third and home and two balks by the Irwin pitcher to give the Tribe a 5-0 advantage.

Irwin got one of those runs back in the bottom of the third and it stayed 5-1 until the fifth inning. Herring doubled and Rodeffer followed with a double of his own, but Herring was held up at third. Bailey hit a sacrifice fly to score Herring and Rodeffer crossed the plate on a passed ball to increase the lead to 7-1.

Irwin would rally in the sixth inning. Six hits and a walk would lead to Irwin scoring six runs and tying the score at 7-7. Charlton put two runners on in the top of the seventh, but couldn't push across a run. In the bottom of the seventh Irwin got a runner to reach second on a two out error and then back to back wild pitches allowed the winning run to score as the Tribe lost a heartbreaking 8-7 decision.

Herring, Bailey and McAlister led the Indians with two hits each.