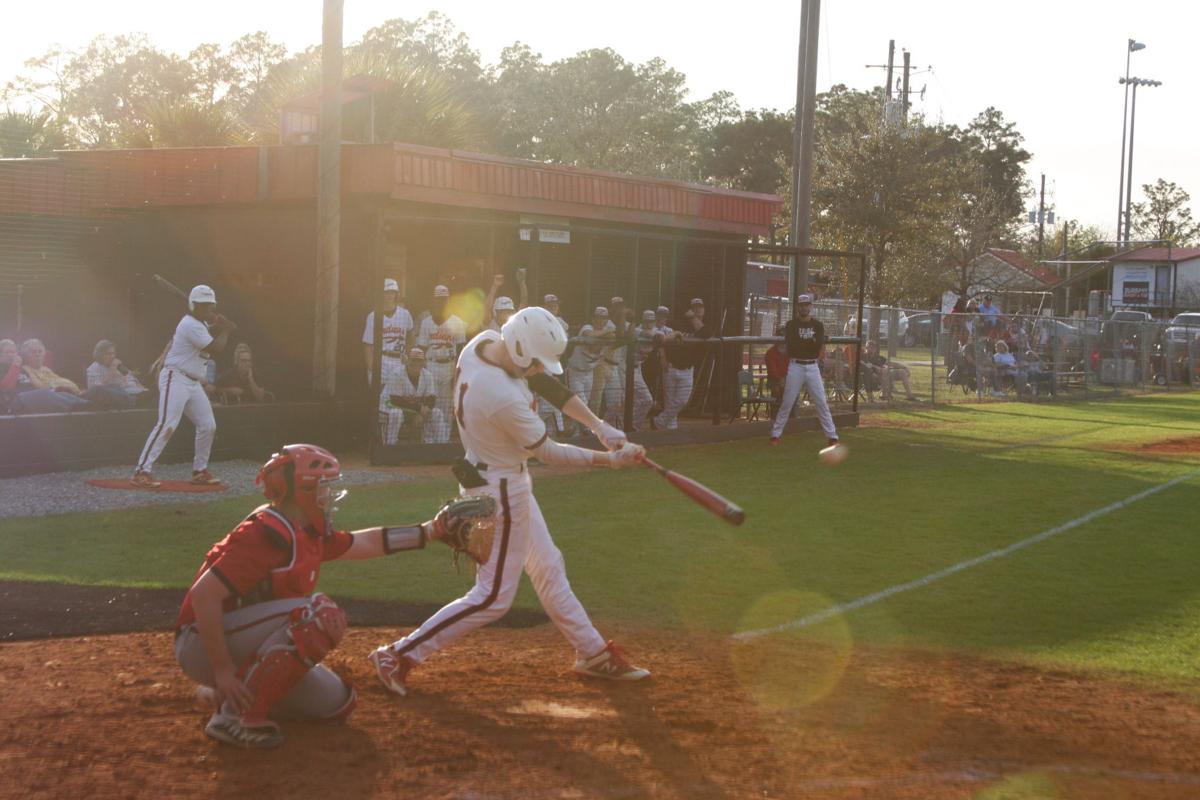 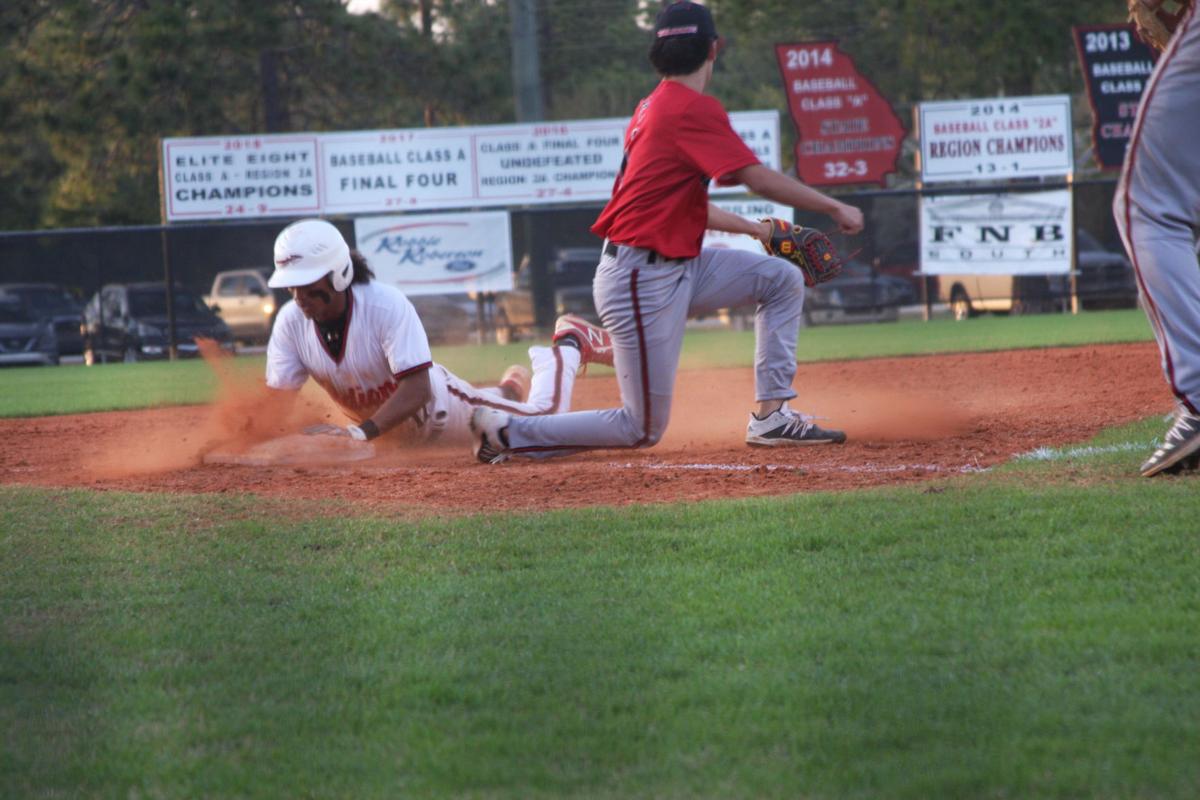 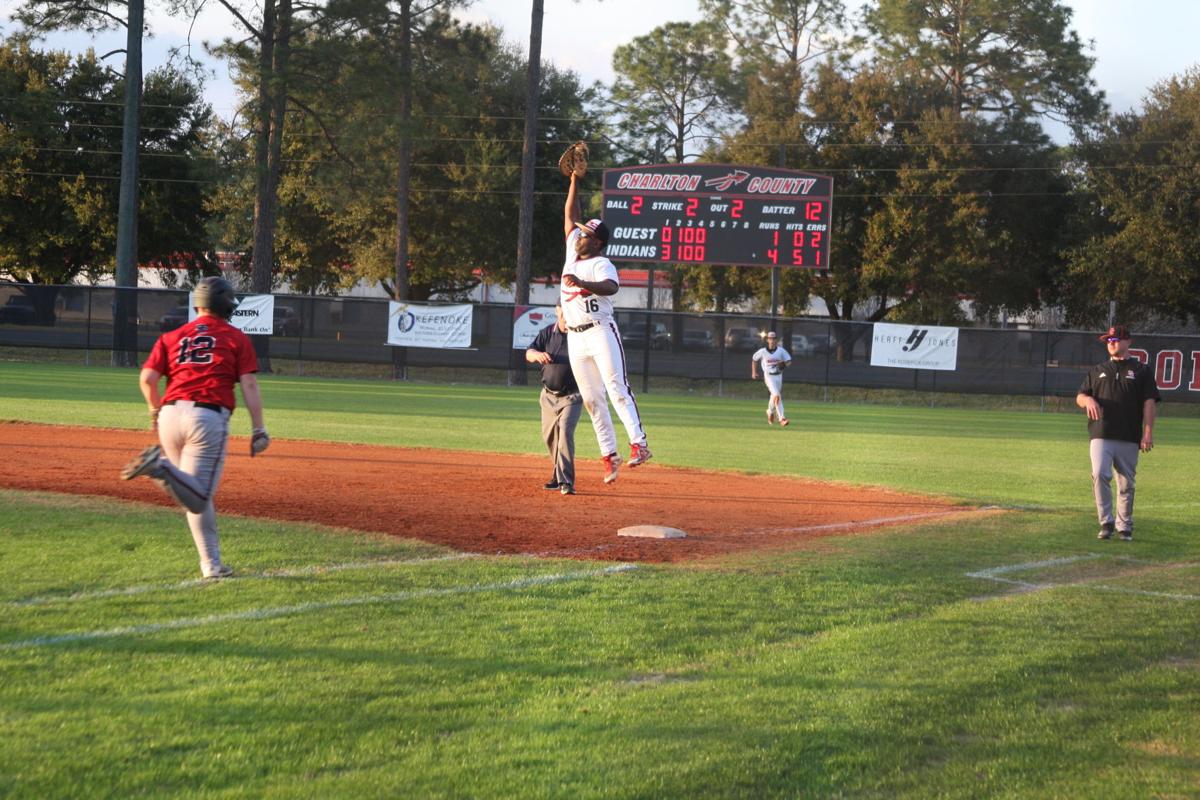 Shecario Bailey gets the out at first. 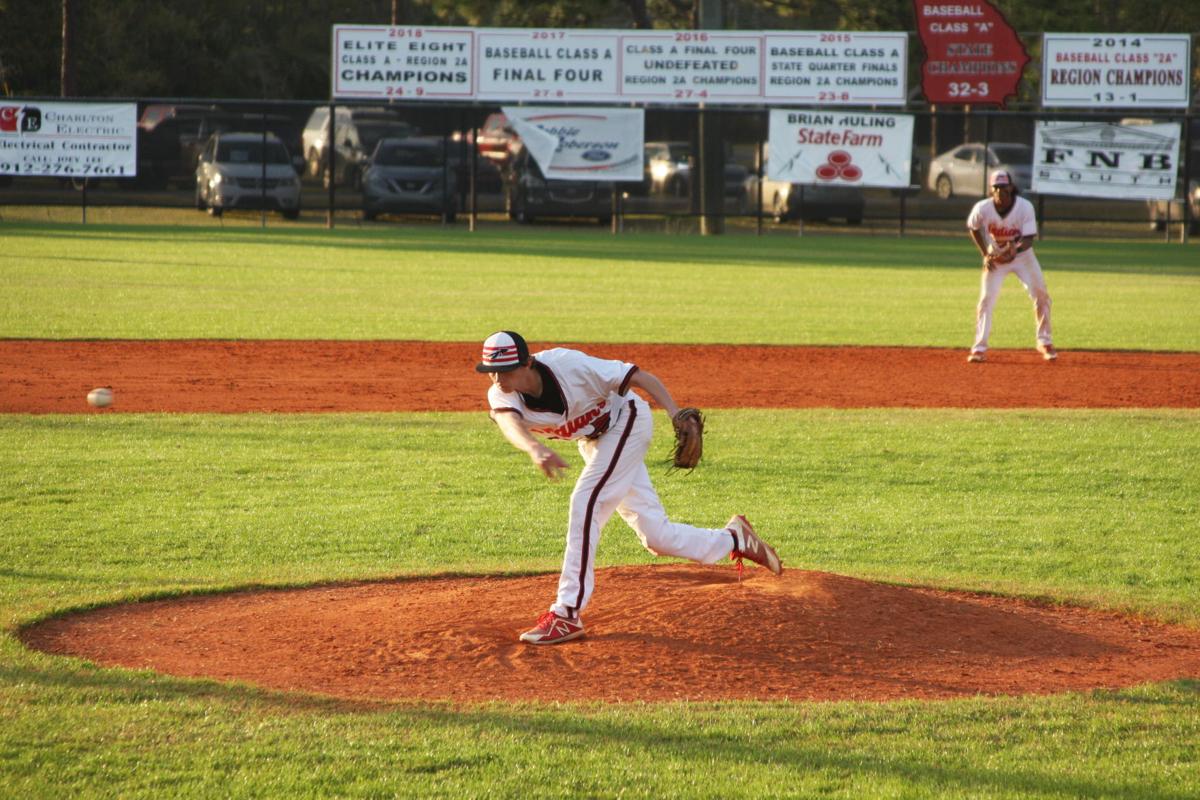 Beau Nazworth gets the win on the mound. 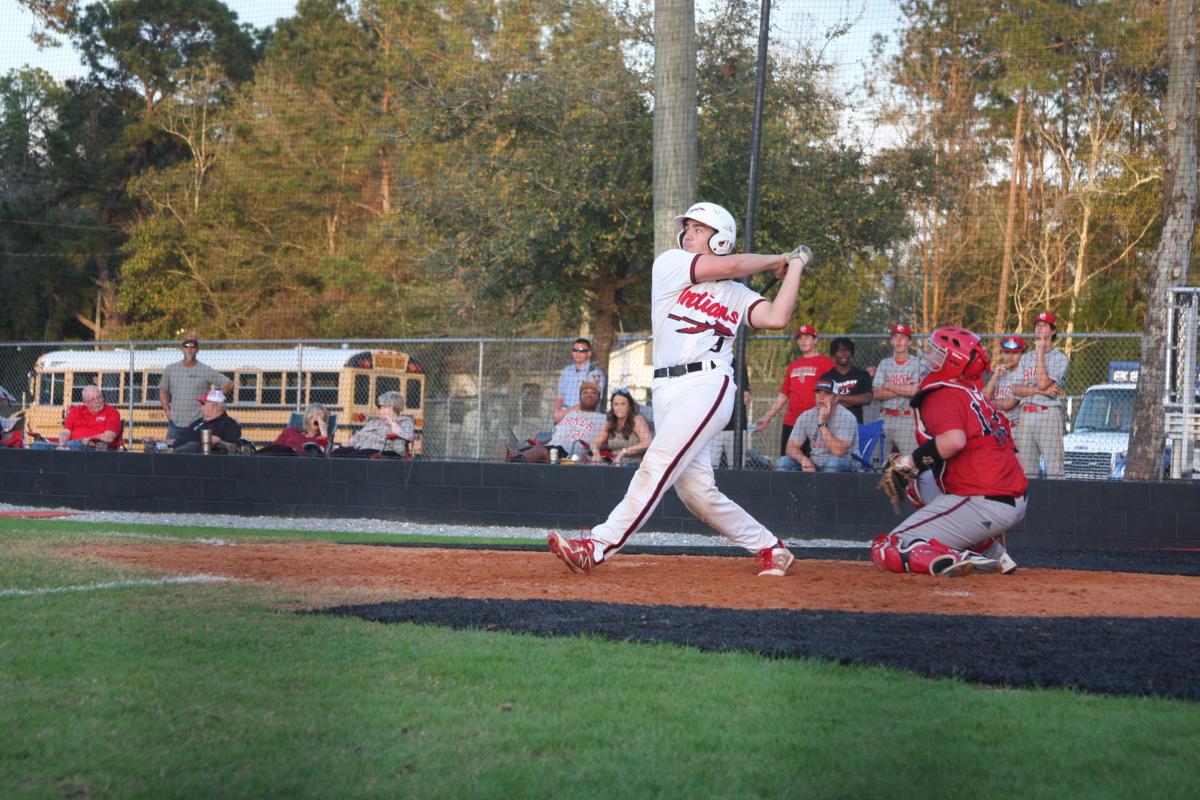 Sean Russell gets one of this three hits. 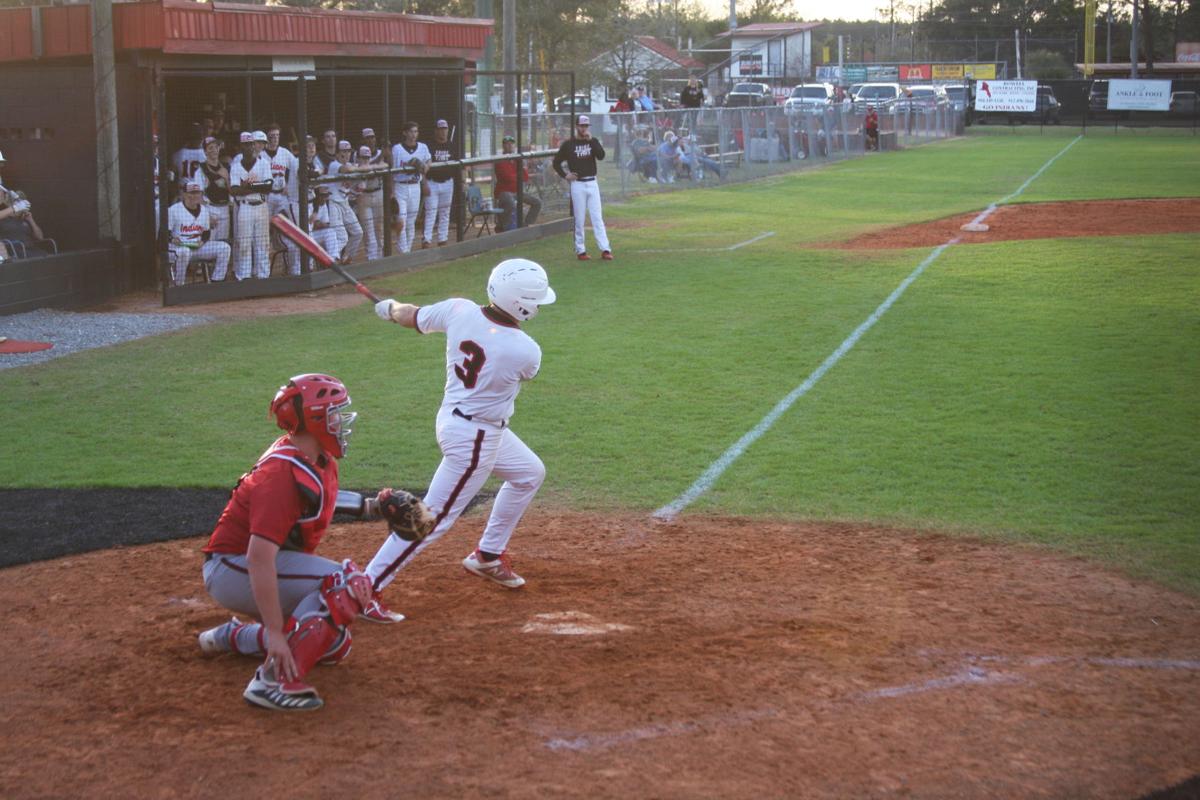 Trey Cribb gets the hit. 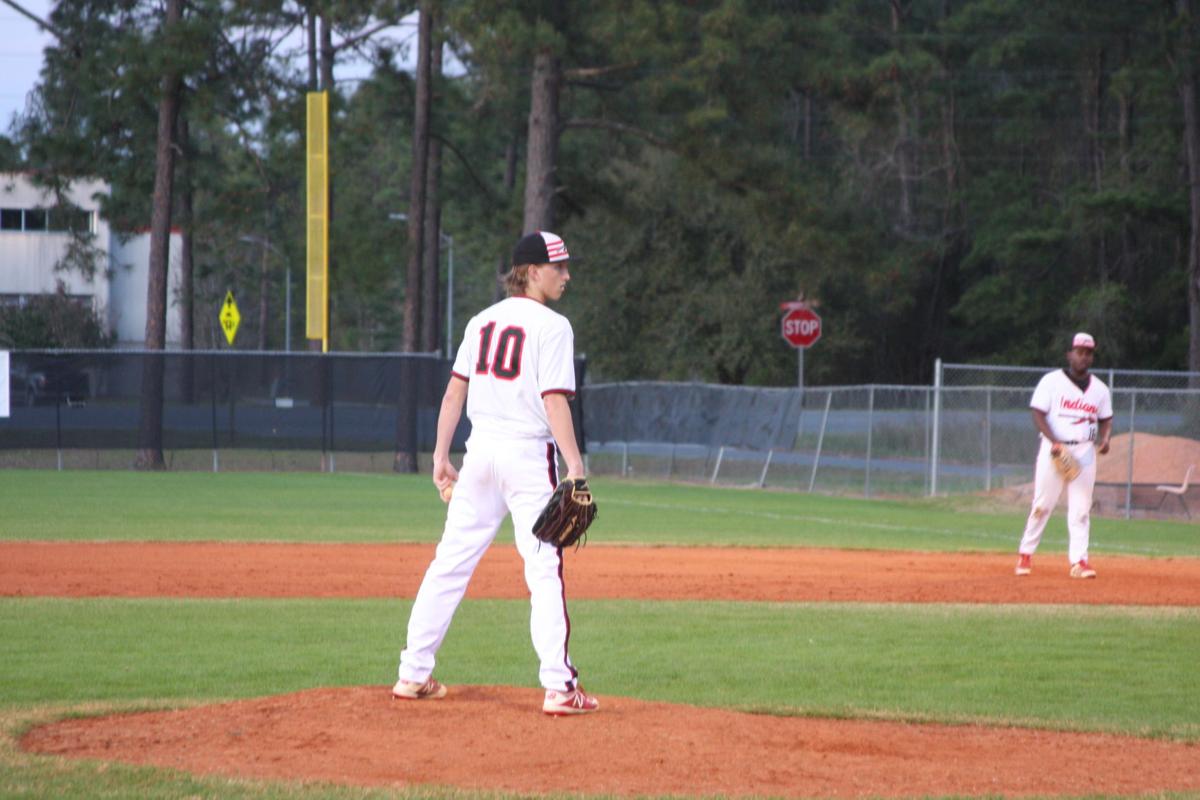 Wade Rodeffer takes over the mound.

Shecario Bailey gets the out at first.

Beau Nazworth gets the win on the mound.

Sean Russell gets one of this three hits.

Trey Cribb gets the hit.

Wade Rodeffer takes over the mound.

The Charlton County baseball team ran their record to 11-3 on the season after picking up wins last week over Lanier County and Baker County (FL) before their season was suspended due to the threat of the Coronavirus. It is unknown if, or when, the season will resume.

The week began in Lakeland with the Tribe on the road at Lanier County. The Indians would strike first, scoring three times in the top of the first inning. Two Lanier errors led to two runs while Connor Nelson added a run-scoring double for the 3-0 lead.

Two more Indian runners crossed the plate in the third inning. Tristain Herring walked, stole second, and came home on a single by Sean Russell. An RBI groundout by Colby Bryant pushed the lead to 5-0.

In the fourth inning Russell would come through again with a two-run double and Nelson followed with a run-scoring double of his own to push the Charlton lead to 8-0.

Charlton would keep adding to their lead in the sixth inning when Shacario Bailey singled and came home on a triple by Bryant.

The seventh inning kept producing runs for the Tribe as Russell drove in a run with a single and Nelson’s double added two more runs. A Lanier error allowed the final Indian run to score as they took a 13-0 lead into the bottom of the seventh.

Lanier would score their only run in the seventh as Charlton took a 13-1 win.

Russell and Nelson would lead the offense with three hits each while Russell drove in five runs and Nelson bringing in four runners. Trent Gray pitched six solid innings to pick up the win. He didn’t allow any runs while striking out eight batters.

On Thursday, the Indians played host to Baker County and the Tribe jumped out quickly once again scoring three times in the first inning.

Baker got on the board in the second inning scoring once, but the Tribe answered right back in the bottom of the second. Bryant led off with a single, stole second, and went sacrificed to third by Beau Nazworth. Wade Rodeffer followed with a sacrifice fly to push the lead to 4-1.

Pitching on both sides took over from there, as no more runs would be scored until Baker got a solo home run in the seventh as Charlton took the 4-2 victory.

Nazworth pitched six innings to pick up the win. He allowed just one run and one hit while Rodeffer came on to pitch the seventh inning.

On Friday, the Tribe was scheduled to play Echols County, but play was suspended until further notice.