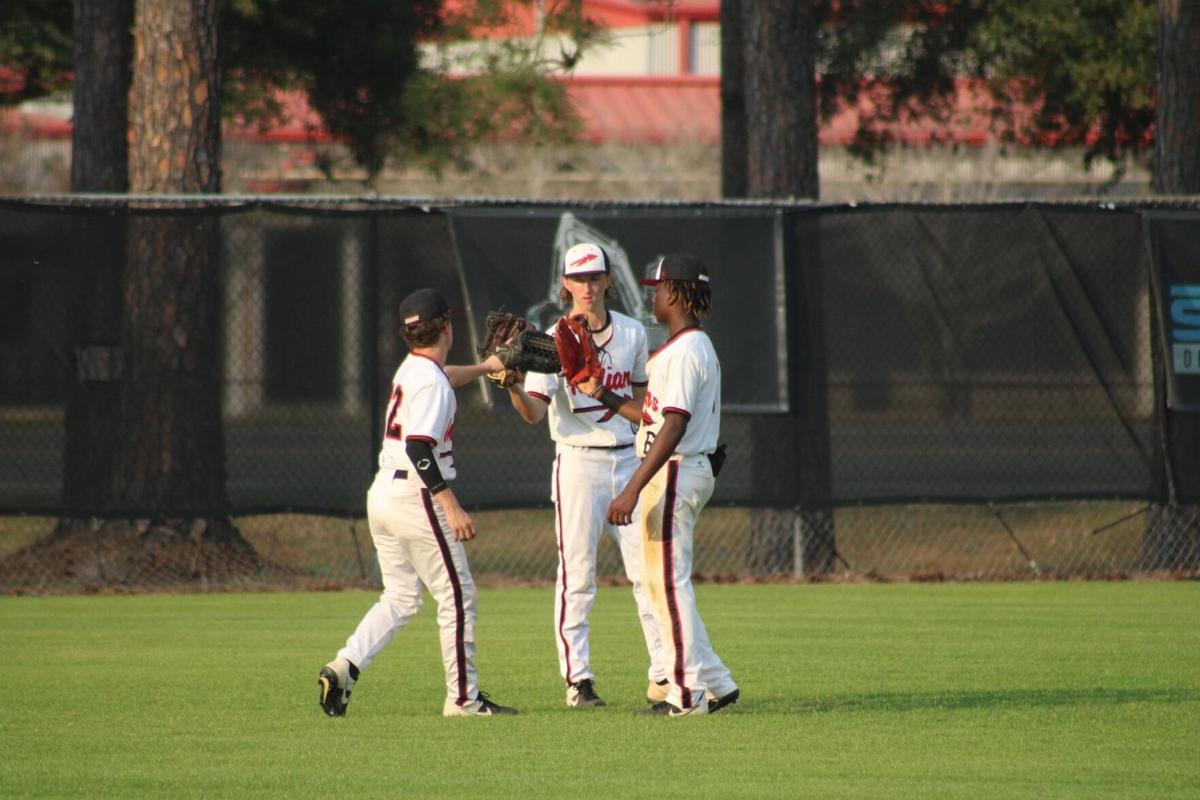 THE TRIBE MEETS IN THE OUTFIELD. 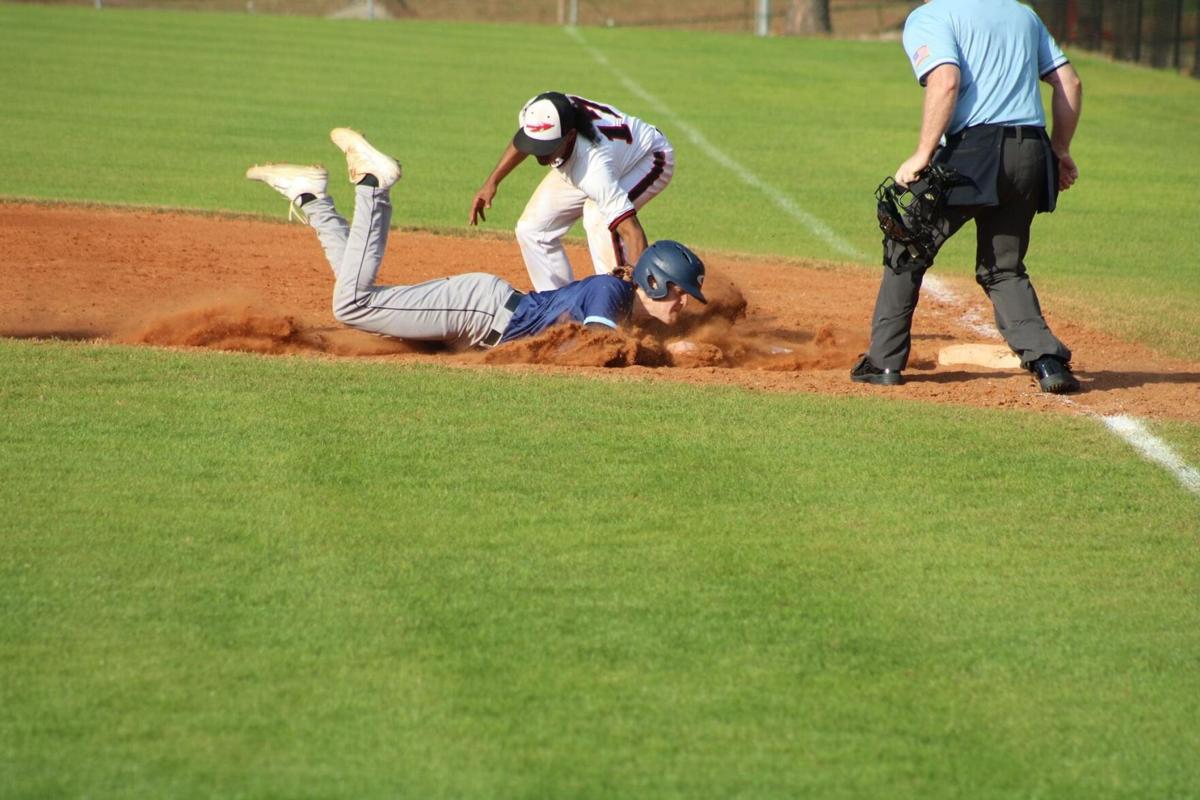 TRISTAN HERRING WORKS TO GET THE OUT.

THE TRIBE MEETS IN THE OUTFIELD.

TRISTAN HERRING WORKS TO GET THE OUT.

The Charlton County baseball team saw their record fall to 2-4 on the young season after losing three of four games last week. The Tribe would pick up a win against Brantley County, but then drop a game to Brunswick before losing to Camden County twice.

Last Tuesday the Indians hosted Brantley County and would take an early 3-0 lead when Shacario Bailey homered to score Tristan Herring and Connor Nelson in front of him.

Brantley tied the score in the top of the second, but the Tribe bounced back with four more runs in the bottom of the second. Najee Smith singled to drive in one run before a Heron error scored two more Indians. A passed ball scored Wade Rodeffer giving Charlton a 7-3 lead.

Brantley kept plugging away and scored twice in the third inning and once in the fourth to cut the Indian lead to 7-6. Charlton would rebound in the bottom of the fourth scoring twice to bump the lead back to 9-6.

Herring led off with a single and scored when Brantley misplayed a fly ball off the bat of Nelson. Sean Russell added a sacrifice fly for the second Indian run of the inning.

After holding the Herons in the fifth inning Charlton exploded for seven runs in the bottom of the inning to end the game by the mercy rule.

Bailey led the Indian offense with two hits and four RBI's while Herring picked up the win in relief.

On Thursday the Tribe would be at home once again in a rematch with Brunswick. Brunswick would score once in the top of the first, but the Tribe answered right back in their first at bat. Rodeffer walked, stole second and scored on a double by Nelson.

The score remained tied until the Tribe came up to bat in the bottom of the fourth. Najee Smith and Gant Geiger had two out singles before Smith would score on a wild pitch. After a walk to Rodeffer, a double by Herring scored both runners giving Charlton a 4-1 advantage.

Brunswick scored twice in the sixth inning and still trailed 4-3 when they came up in the seventh inning. The Pirates added four more runs in the seventh and the Tribe couldn't answer back as they fell 7-4.

On Friday the Indians made the short drive over to Kingsland to face Camden County. The game was scoreless until Camden plated five runs in the fourth inning. The Indians scored their lone run of the game in the top of the fifth when Smith singled home Geiger to cut the score to 5-1.

But Camden kept the bats going in the bottom of the fifth scoring six more times to end the game at 11-1.

Bailey had two of the Indians' four hits while Smith added his RBI single to lead the Indian offense.

In the final game of the week Camden would make the return trip to Folkston on Saturday. The Tribe would strike first in the opening inning when Nelson blasted a two run home run to give the Indians an early 2-0 lead.

It stayed that way until the third when Camden used a pair of home runs to take a 4-2 lead. The Wildcats added two more runs in the fourth before the Tribe could get on the board again.

Herring scored on a wild pitch in the bottom of the fourth but Camden came right back with three runs in the top of the fifth to go up 9-3.

In the sixth inning Bryant doubled and came around to score on an error and in the seventh Nelson drove in Herring with a single but it wouldn't be enough as the Wildcats prevailed 9-6.

The Indians open up region play this week wth a home game game against Clinch County on Tuesday before traveling to Homerville on Friday for a doubleheader.