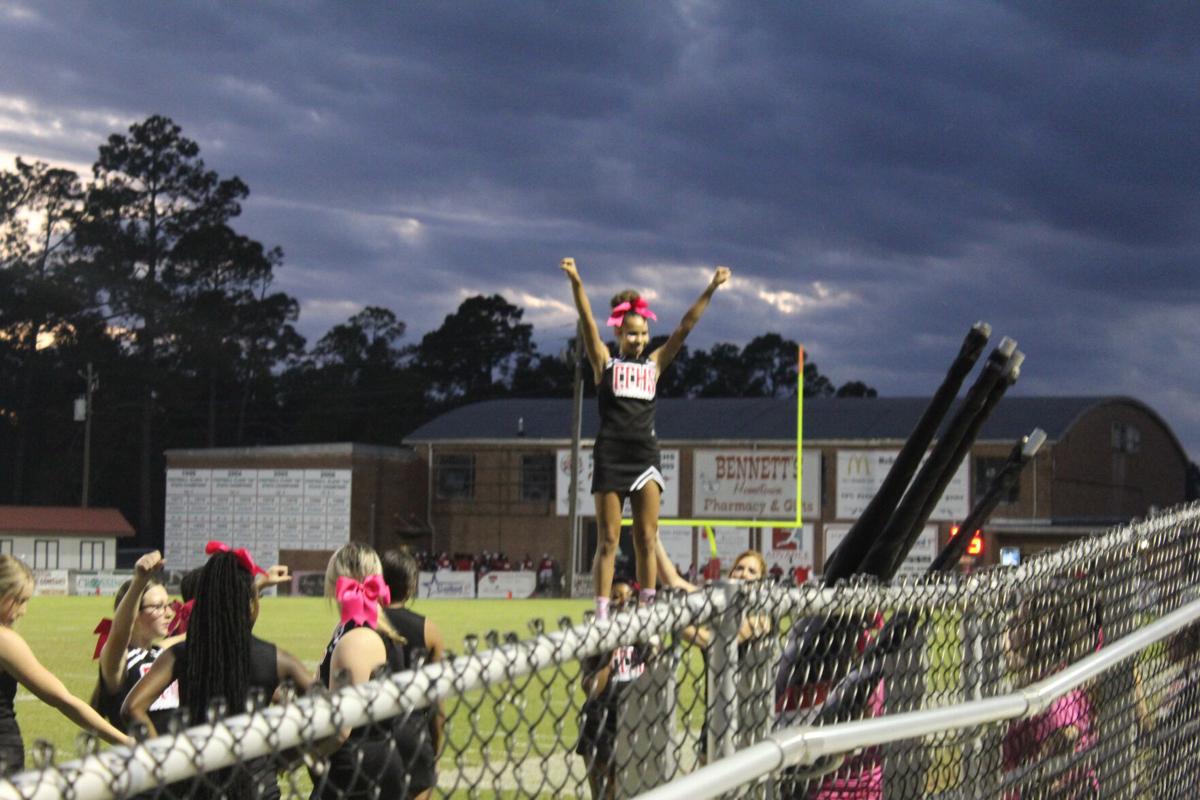 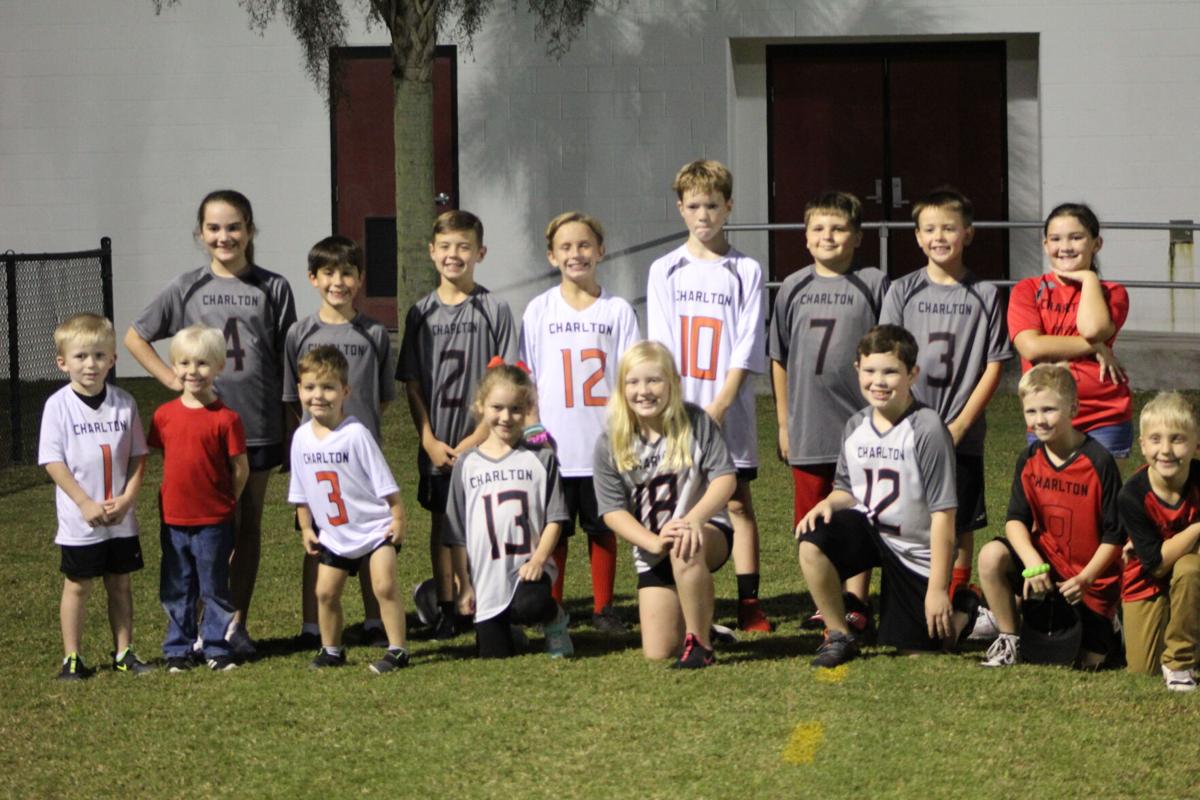 THE CHARLTON RECREATION SOCCEER TEAMS RAN THROUGH THE SIGN AT THE GAME. 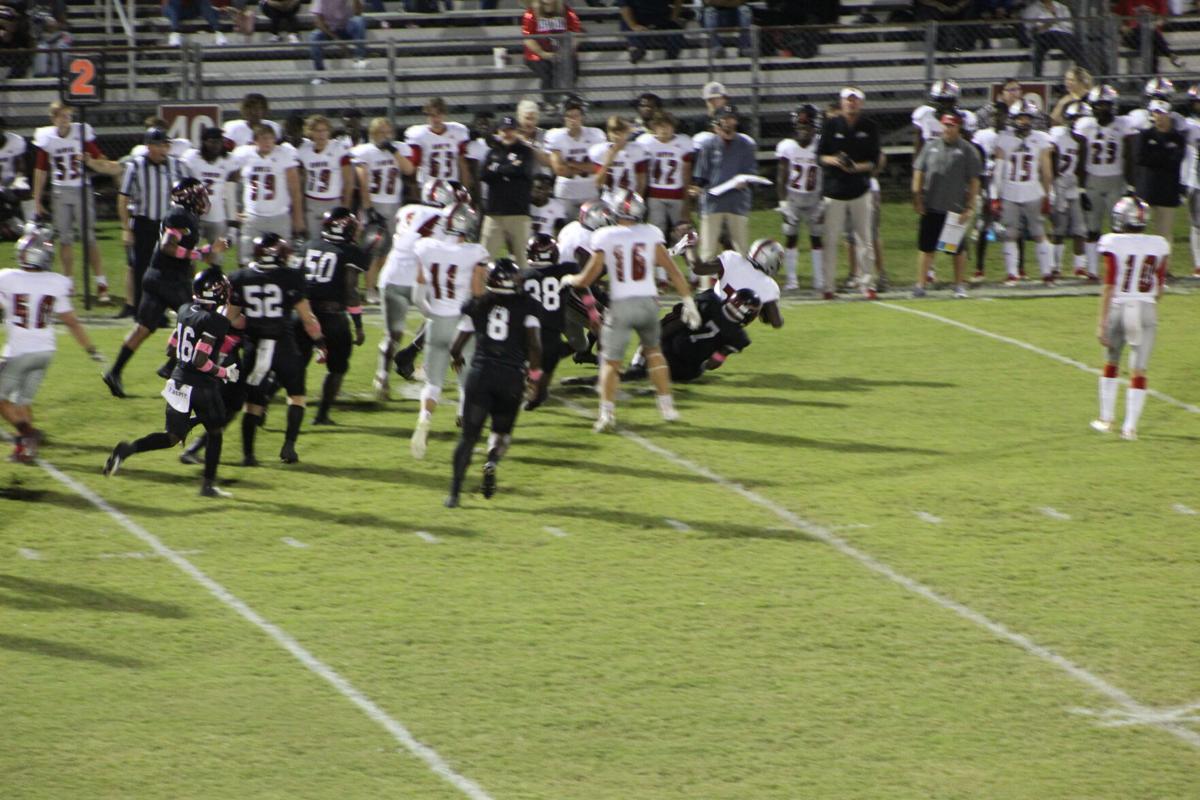 THE TRIBE WILL FACE LANIER COUNTY THIS FRIDAY NIGHT. 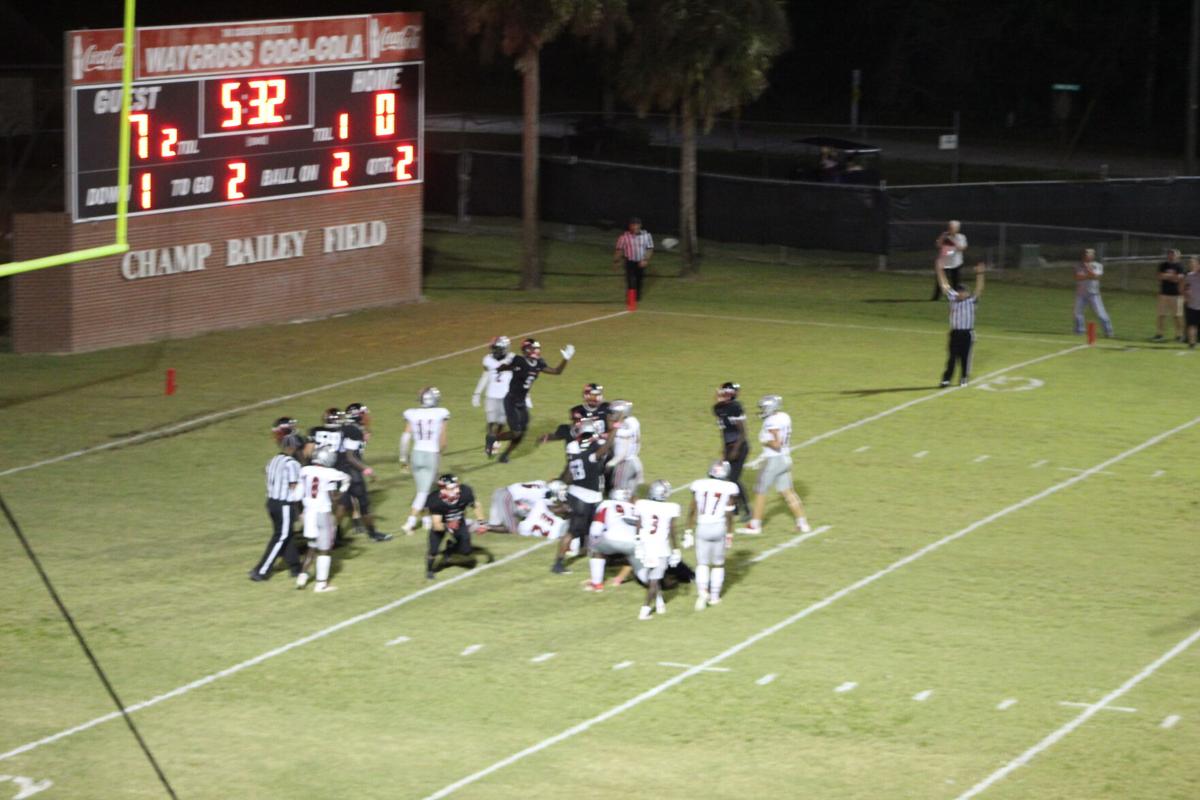 THE INDIANS CROSS THE ENDZONE. 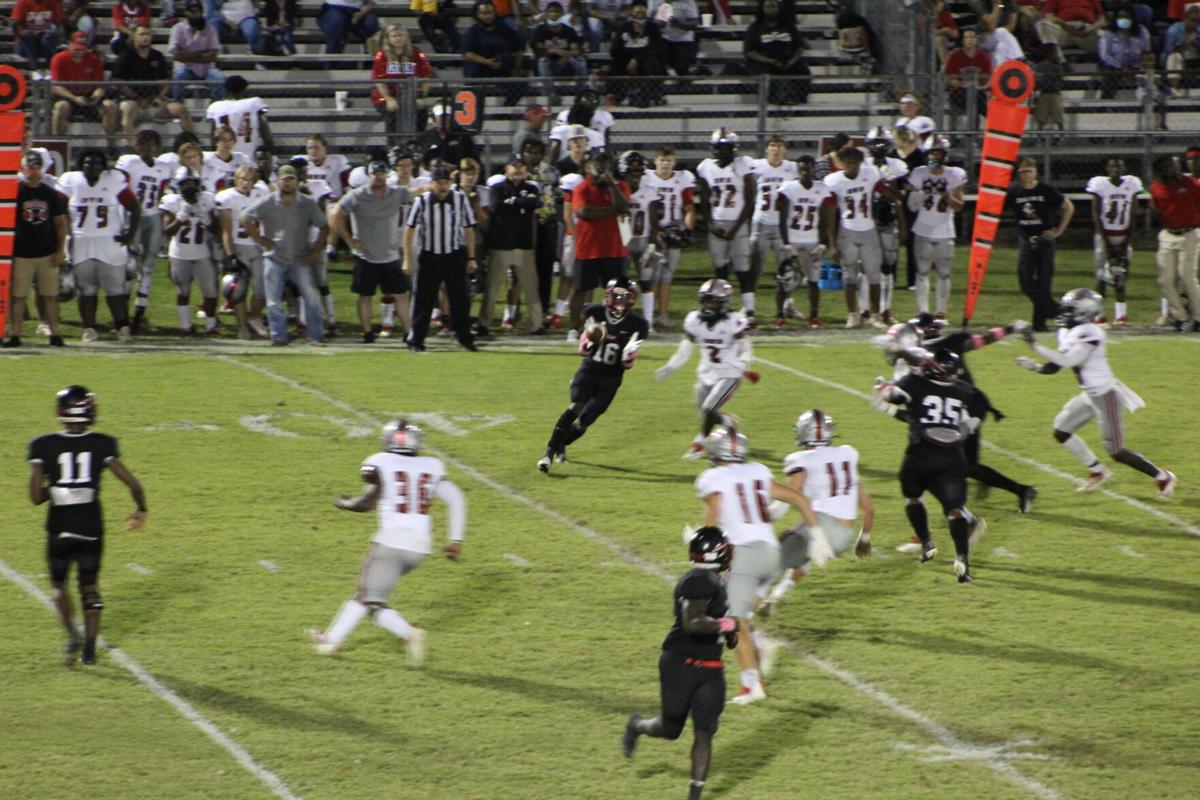 NAJEE SMITH GETS THE BALL.

THE CHARLTON RECREATION SOCCEER TEAMS RAN THROUGH THE SIGN AT THE GAME.

THE TRIBE WILL FACE LANIER COUNTY THIS FRIDAY NIGHT.

THE INDIANS CROSS THE ENDZONE.

NAJEE SMITH GETS THE BALL.

The Charlton County football team dropped their third game last Friday night, as top-ranked Irwin County handed them a 36-7 loss at Champ Bailey Field. The Indians are now 5-3 on the season and 1-3 in Region 2-A. The Tribe is now in a situation where they must win their final two regular season games in order to make the playoffs.

The Indians received the opening kickoff and moved out to mid-field before having to punt. Wyatt Crews punt was touched by the Irwin returner and rolled into the end zone where it appeared to be recovered by the Indians. But it was ruled they didn't get possession before going out of the end zone.

Taking over from their own 20, Irwin would drive down to the Charlton 38 before turning the ball over on downs. The Indians couldn't advance the ball and punted back to Irwin who took over from their 29. Irwin put together a seven play drive and scored on a nine yard run at the 11:08 mark of the second quarter. The PAT kick gave them a 7-0 lead.

The teams would trade possessions and Irwin was forced to punt from their own 11 yard line giving the Tribe good field position from the 44. Facing third and four, Jaylen King connected with Kyler Williams for a 21 yard gain, and then hit Jamari Hamilton for seven more down to the 17. Two runs by Jaylen Lilley picked up a first down. King ran for eight yards to the five yard line and Lilley picked up the rest on two carries scoring from the two yard line. Crews' PAT kick tied the game at 7-7 with 5:31 left in the half.

But the Indians from Ocilla took over from their own 43 after the kickoff and used seven plays to cover the distance scoring on a 31 yard run. The PAT was good and Irwin held a 14-7 lead with 2:43 left before the break.

Charlton couldn't pick up a first down after the kickoff and punted the ball back to Irwin. Taking over from their own 28 with 1:21 left, Irwin would complete a long 41 yard pass. Two runs picked up 11 yards before a 14 yard pass put them on the ten with time winding down. After a procedure penalty pushed them back to the 15, Irwin would complete a 15-yard touchdown pass with just nine seconds left in the half. The Tribe jumped offsides on the PAT kick, so Irwin chose to go for the two point conversion, which was successful giving them a 22-7 lead at the break.

Irwin was forced to punt on their opening drive of the second half and the Indians took over from their own eight yard line. Lilley broke free for 42 yards to get out of the hole and the Tribe would advance it down to the 28, but ended up turning the ball over on downs.

The defense stepped up once again forcing a punt, but after a bad snap from center on first down cost the Indians seven yards. Then on second down, King's deep pass was intercepted and returned to the 25 yard line. From there it would take Irwin just four plays to find the end zone again, scoring from four yards out. The PAT kick was good pushing the Irwin lead to 29-7 with 9:45 left in the game.

Charlton again couldn't sustain a drive and turned the ball over just past midfield. Two passes moved the ball to the 15 yard line and with 4:40 left in the game Irwin ran it in from there to take a 36-7 lead which is how the score ended up.

The Indians managed just 152 yards of offense, with Lilley accounting for 80 of those on the ground. Xavier Swift led the Indian defense with nine tackles, while Nathan Hamlette was right behind with eight stops.

The Tribe travels to Lakeland this Friday night to face Lanier County in a must-win situation.