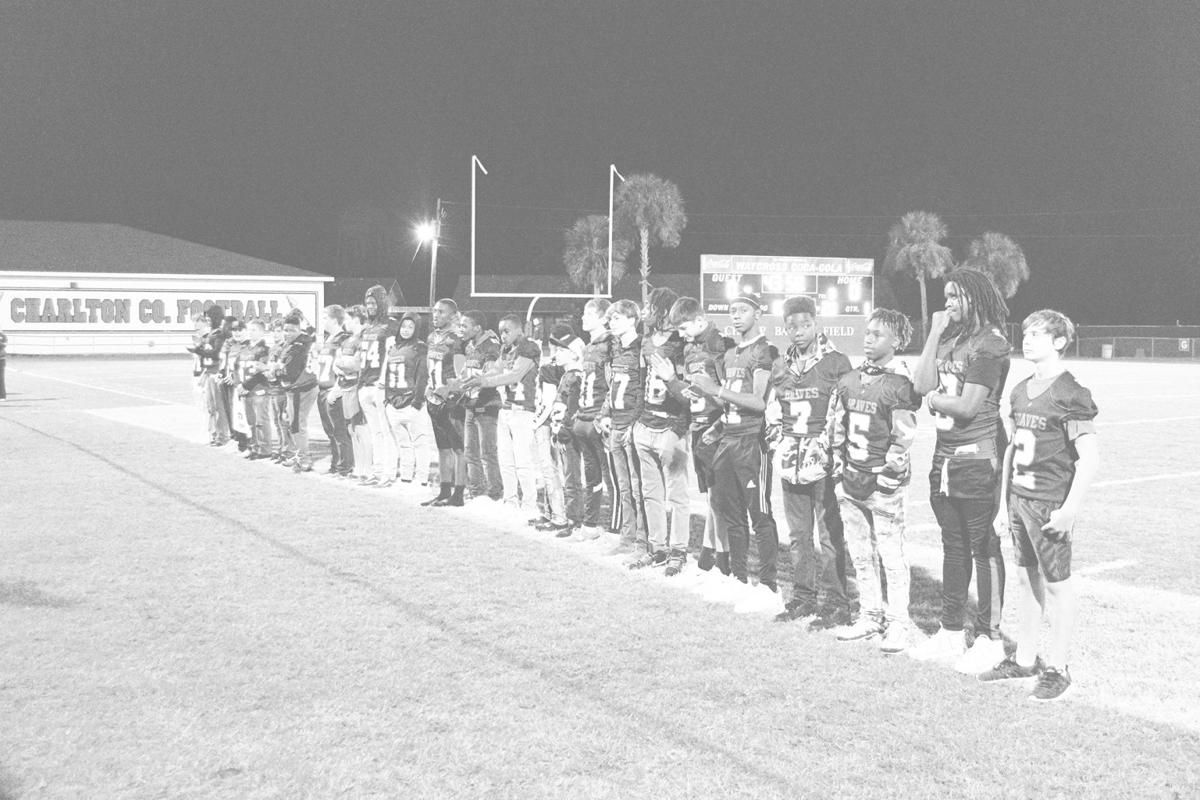 The Bethune Braves were honored for an undefeated season. 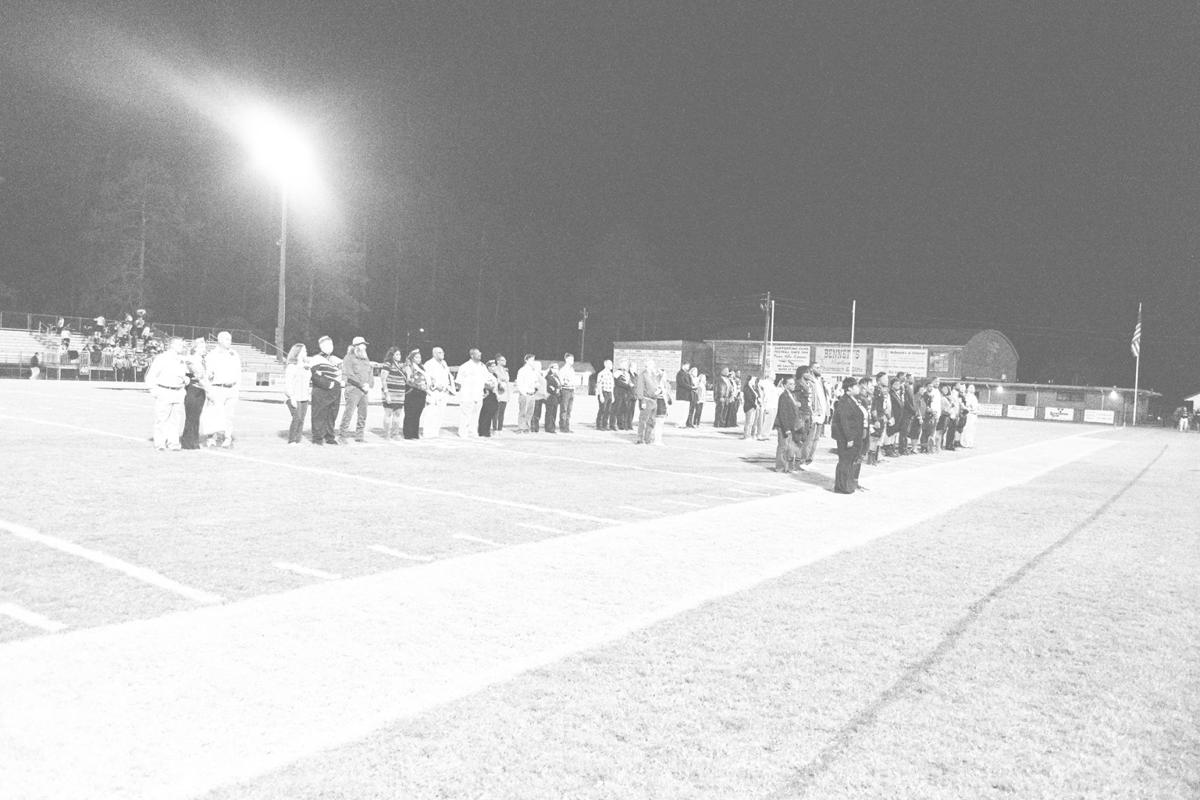 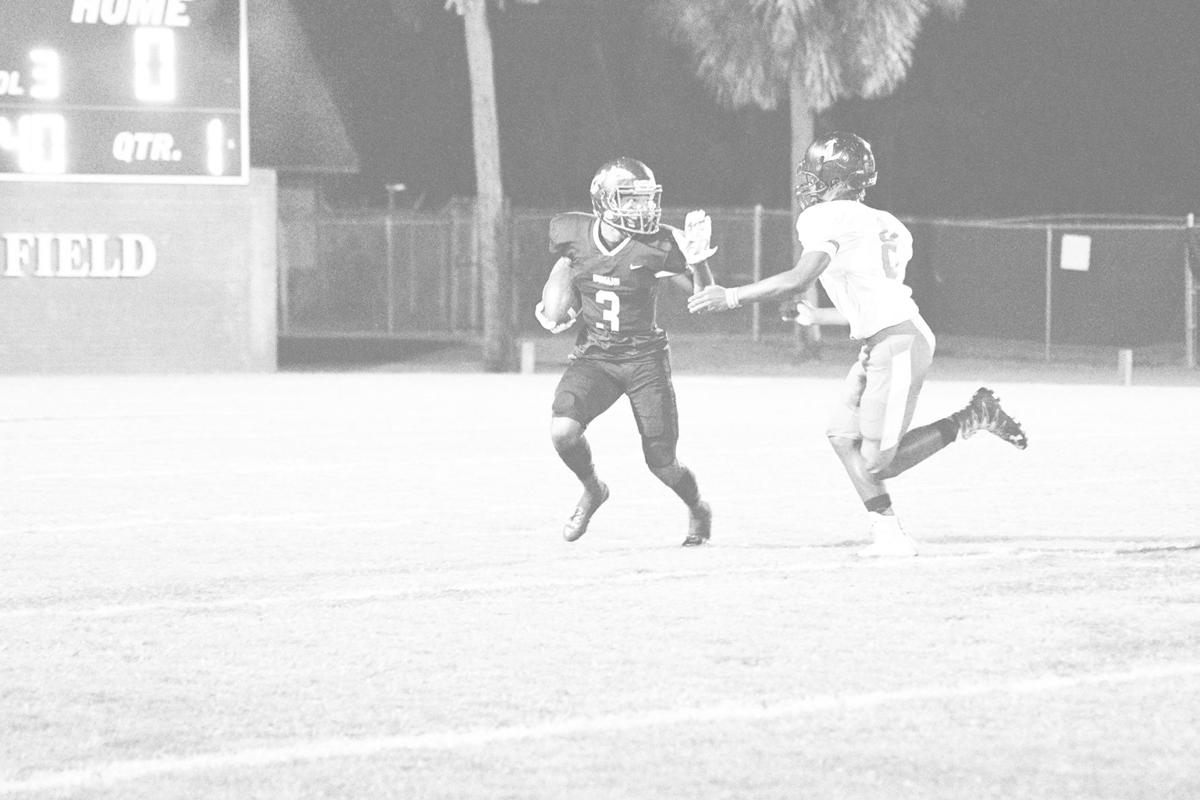 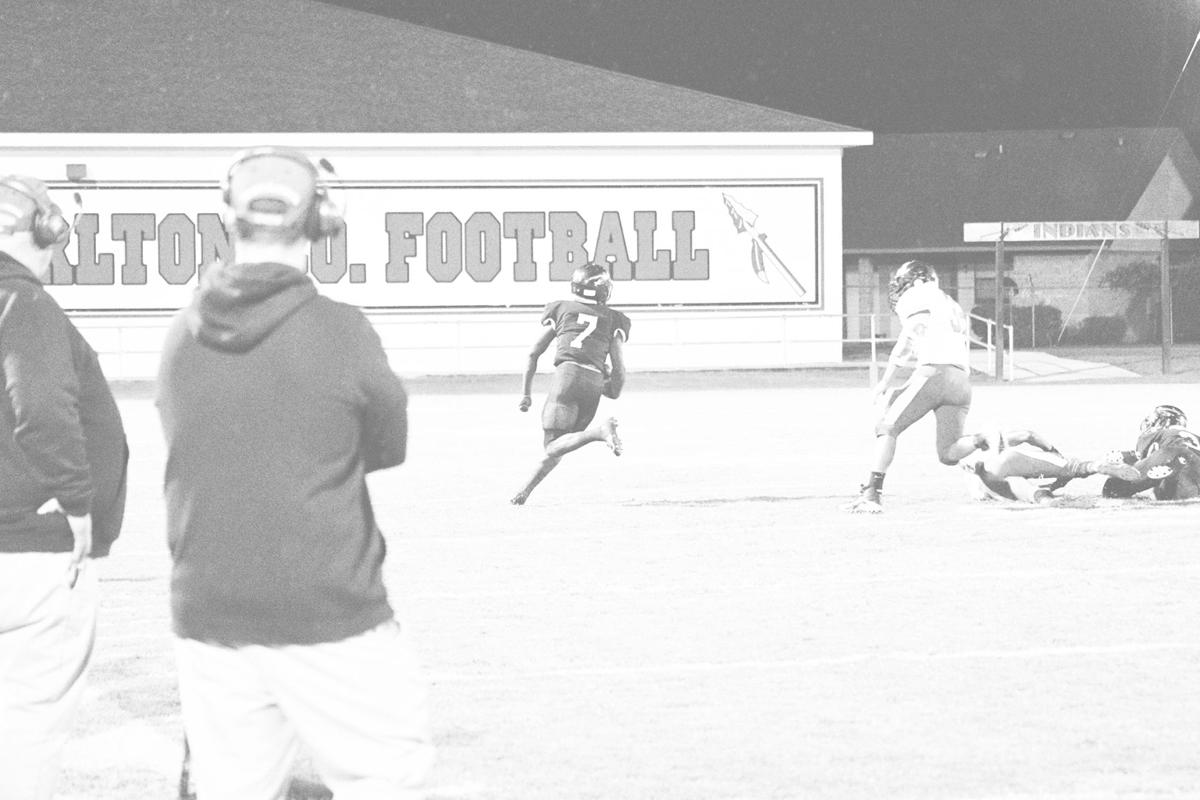 The Bethune Braves were honored for an undefeated season.

The Charlton County Indians saw their season come to a close last Friday night after falling behind early and not being able to catch up as they lost to Lanier County, 28-14. Seven Indian seniors played their final game in the loss. Seaquan Clark, Randy Nelson, Marcell Maxwell, Zuryan Williams, Caleb Milton, Jaquaz Jackson, and Grayson Carter were recognized prior to the game during Senior Night activities.

The night couldn’t have started out any worse for the Tribe as Lanier received the opening kickoff and broke containment outside and raced 74-yards for a touchdown. The PAT kick was good and with just 12 seconds elapsed the Indians trailed, 7-0.

Charlton was able to pick up a first down on their opening possession behind the running of Tony Cobb, but a penalty slowed down the drive and they had to punt.

Lanier took over from their own 13 yard line and drove 87 yards in 13 plays, while being aided by two Indian penalties. A seven-yard pass for a touchdown culminated the drive with 2:38 left in the first quarter. After the PAT kick the Bulldogs led, 14-0.

Charlton was unable to move the ball after the kickoff, but Cobb’s punt was fumbled and recovered by Randy Nelson at the Lanier 27. Charlton picked up nine yards and faced a fourth and one, but a penalty and a sack ended the scoring chance.

Lanier would take over from their 35 and on third and seven found a receiver down the seam and he would take it the distance for a 62-yard touchdown pass. The PAT kick was good and Lanier led 21-0 with 10:33 left in the half.

A personal foul on Lanier after the PAT was followed by another after the kickoff and the Indians had great field position at the 35. Three plays later, Cobb would break free from the defense and ramble those 35 yards to paydirt. Wyatt Crews kicked the PAT and the lead had been cut to 21-7 with 9:03 left in the half.

The Indians would hold on Lanier’s next possession and Caleb Milton partially blocked the Bulldog punt as the Tribe took over just past midfield.

Runs from Cobb and quarterback Jaylen King moved the ball down to the 30, but Lanier would intercept King ending the drive.

Starting from their own 38 with 5:00 to go in the half, the Bulldogs put together a ten-play drive that ended with a 12-yard scoring pass with just 16 seconds left before the break. The PAT was good and Lanier led, 28-7.

Another Lanier penalty forced them to kick off from their 25 and Seaquan Clark returned the kick 42 yards down to the 20 with just three seconds left. However, King was hit as he threw and Lanier picked off another pass and went into the half up 28-7.

After the half, the Indians came out inspired and took the second half kickoff. Passes from King to Clark and Cobb moved the ball to midfield and then King found Clark again for a 34-yard gain down to the 16. On first down, Cobb ran for seven yards and King finished the drive with a nine-yard run. Crews PAT kick cut the lead in half at 28-14 at the 8:28 mark of the third quarter.

The Indians then tried an onside kick on the ensuing kickoff. The ball bounced off a Lanier player and Milton fell on the loose ball and the Tribe was back in business at the Lanier 45. But three plays into the drive, the Indians would fumble and Lanier recovered to halt any momentum the Tribe had.

Lanier took over and burned almost four minutes off the clock before turning the ball over on downs at the Charlton 33 yard line.

But Charlton couldn’t move the ball and a short punt gave Lanier the ball at the Indian 43. They would march down to the 13 before Nelson came up with a big interception in the end zone.

A 28-yard pass to Williams put the ball near midfield, but another Indian interception gave the ball right back to the Bulldogs.

The Indians would hold Lanier on downs and got the ball back but just 4:41 remained in the game. Behind runs from King and receptions by Clark the Tribe moved to the Lanier 34. A ten-yard run by Cobb followed, but the Indians could not advance the ball further and turned it over on downs with just 1:32 left.

The Bulldogs ran two plays to run out the clock and send the Indians home with another loss.