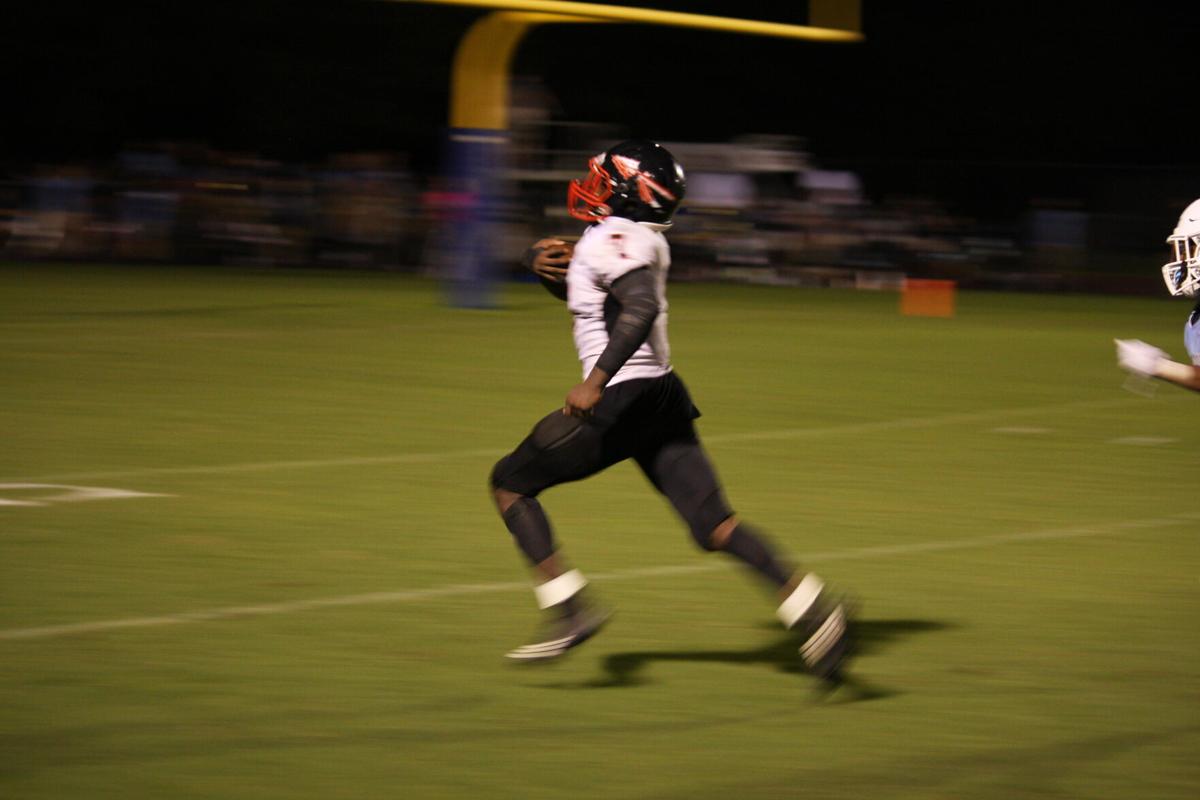 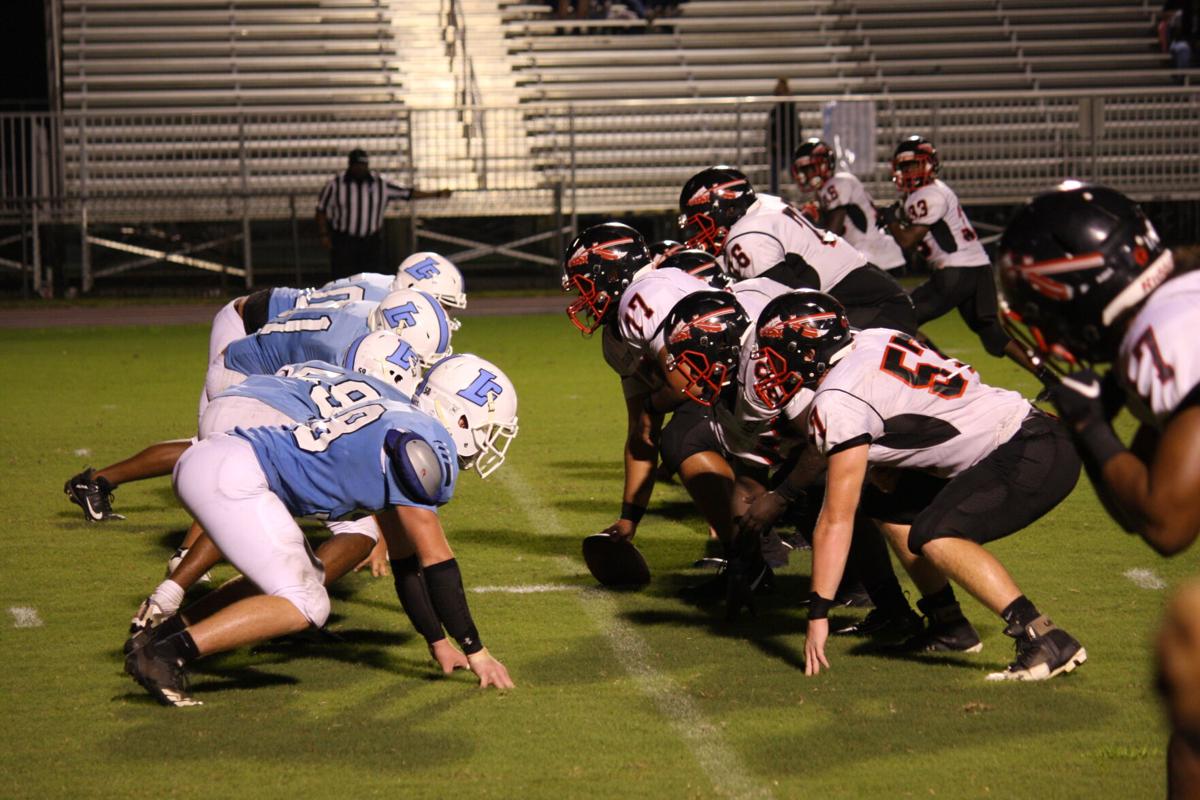 The Tribe gets lined up. 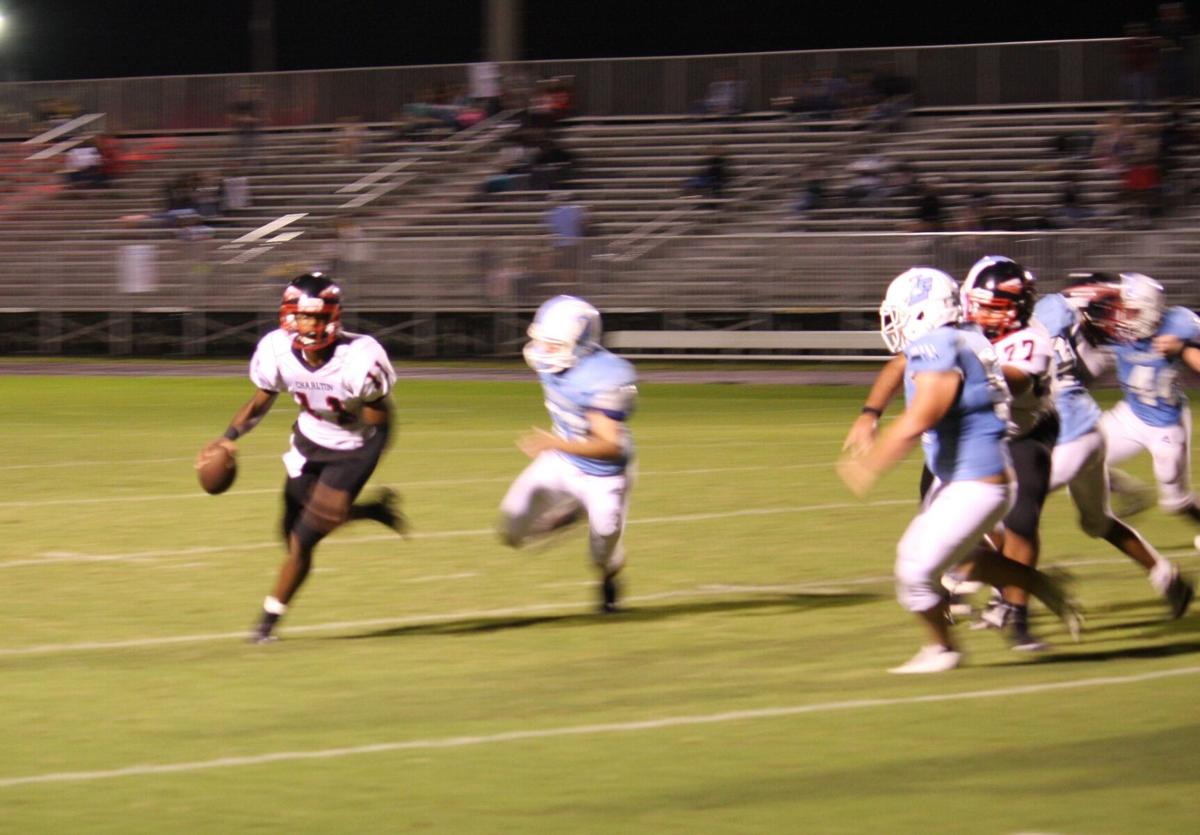 Jaylen Lilley gets the ball. 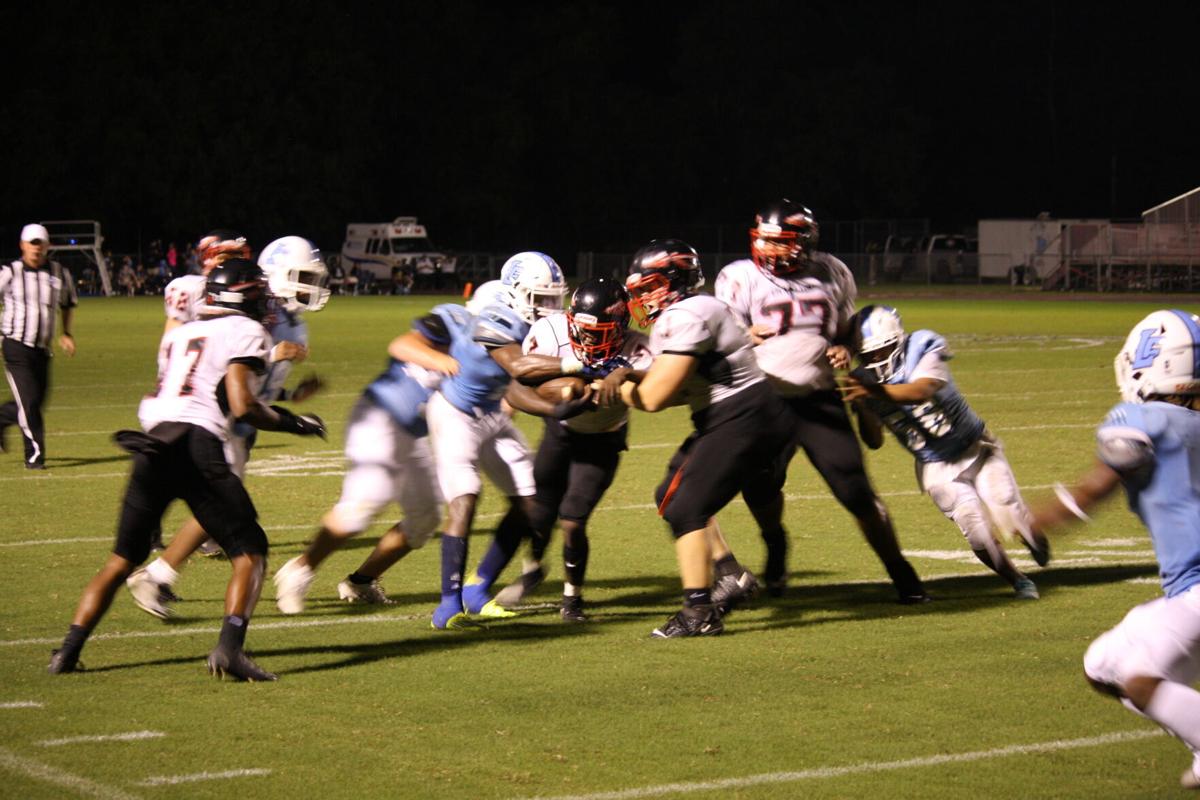 The Indians break through the defense.

The Tribe gets lined up.

Jaylen Lilley gets the ball.

The Indians break through the defense.

The Charlton County Indians got 357 rushing yards from senior running back Tony Cobb and turned a seven-point lead at the half to a 54-23 win over Long County last Friday night in Ludowici.

The game would begin with the Tribe starting from their own 20 after a touchback on the opening kickoff. Cobb ran twice for 26 yards before quarterback Jaylen King connected twice with Tristan Herring for 30 more yards. On first and ten, Cobb would score his first touchdown on a 24 yard scamper. Wyatt Crews added the PAT and with just two minutes off of the clock the Indians led 7-0.

Charlton would get a break on the kickoff when Long fumbled and Braden Whittenburg recovered at the 40 yard line. But on the second play for the Tribe King's pass into the end zone was picked off giving Long the ball back.

Long picked up nine yards and decided to go for it on fourth down, but was denied the first down giving Charlton great field position. After penalties pushed the ball back to the 36, King hit Najee Smith on a tunnel screen and with good downfield blocking weaved his way to the end zone for a touchdown. Crews again kicked the PAT and the Tribe led 14-0 with 6:22 left in the first quarter.

The teams would trade possessions into the second quarter until Long intercepted another pass and took over in Indian territory at the 45. After picking up nine yards Long would connect on a 28 yard pass down to the eight yard line. Two running plays saw the Blue Tide in the end zone scoring from five yards out. The PAT kick was good and the Charlton lead was down to 14-7.

After the kickoff the Indians began from their own thirty one and behind the legs of Cobb marched into Long territory to the forty two. From there Cobb broke free for what looked like an apparent touchdown but just prior to crossing the goal line the ball was punched out from behind and rolled through the back of the end zone for a touchback.

The Indian defense would hold, but the turnover bug continued when the Tribe fumbled the punt giving Long the ball back once again. The defense stepped up again and after another punt Charlton took over from their own 29 with 1:56 left in the half. The Tribe would use their two minute offense to advance the ball to the Long 21, but one last pass attempt failed as the half expired.

Long received the second half kickoff and couldn't move the ball, and after a punt Charlton began from their own 33. Cobb picked up 13 yards and a personal foul gave the Tribe 15 more yards. From the 40 yard line, Cobb broke free for another potential touchdown, but a holding penalty near the goal line pushed the Tribe back to the 20. An 11 yard pass from King to Emari Williams gave Charlton a first and goal from the nine. Two plays picked up five yards and on third down King found Jaylen Lilley open in the end zone for a touchdown. The PAT kick missed and with 7:21 left in the third quarter the Indian lead was now 20-7.

After the kickoff Long would fumble on their second play and Lilley would fall on the loose ball. Two plays later Cobb broke free and scored from 28 yards out. Crews' PAT kick was good and the lead expanded to 27-7 at the 6:23 mark of the third quarter.

Long couldn't move the ball after the kickoff and the Indians took over on the Long 42 after a punt. Cobb picked up 36 yards on five carries and passes to Kyler Williams and Emari Williams put the ball at the one yard line. From there King kept the ball to score his first touchdown of the season. The extra point was wide and the lead was 33-7 with 0:23 left in the third quarter.

After the kickoff Long put together their best drive of the night going 69 yards on nine plays culminating with a 22 yard touchdown pass. The PAT kick was good and the lead was cut to 33-14.

The Tribe started from their own 20 after a touch back and on the second play a high snap over the quarterback's head led to a safety for the Blue Tide as King recovered in his own end zone.

With Long getting the ball back and having the momentum, the Indian defense stepped up with Kyler Williams picking off a pass and returning it for a score. But a block in the back negated that score and the Tribe took over from midfield.

Passes to Emari Williams and Herring picked up 28 yards and Cobb added 13 more on the ground for a first and goal from the five. A penalty pushed Charlton back to the ten, but King connected with Emari Williams for a touchdown with 5:14 remaining. Crews added the PAT and the Indian lead was 40-16.

On Long's next possession Jay Harris stripped the Blue Tide runner of the ball and raced 28 yards to paydirt. Crews again added kicked the extra point and with 4:08 left the lead was now 47-16.

But to Long's credit, they kept fighting and on the first play after the kickoff the Long running back broke multiple tackles and raced 56 yards for a score. The PAT kick made the score 47-23 with 3:39 left in the game.

Cobb returned the kickoff out to the 40 yard line and the Tribe looked to run out the clock. Cobb picked up six yards on two carries and on third down he broke free and scored his third touchdown of the night from 54 yards out. Crews PAT pushed the lead to 54-23 with 1:57 remaining.

Long ran a few plays before time expired and the Indians returned home with their second win of the season.

Charlton dominated the statistics picking up 484 yards of offense, to just 222 yards for Long, while picking up 23 first downs to just eight for the Blue Tide. King passed for 142 yards and three touchdowns while Emari Williams and Herring both caught four passes for the Tribe.