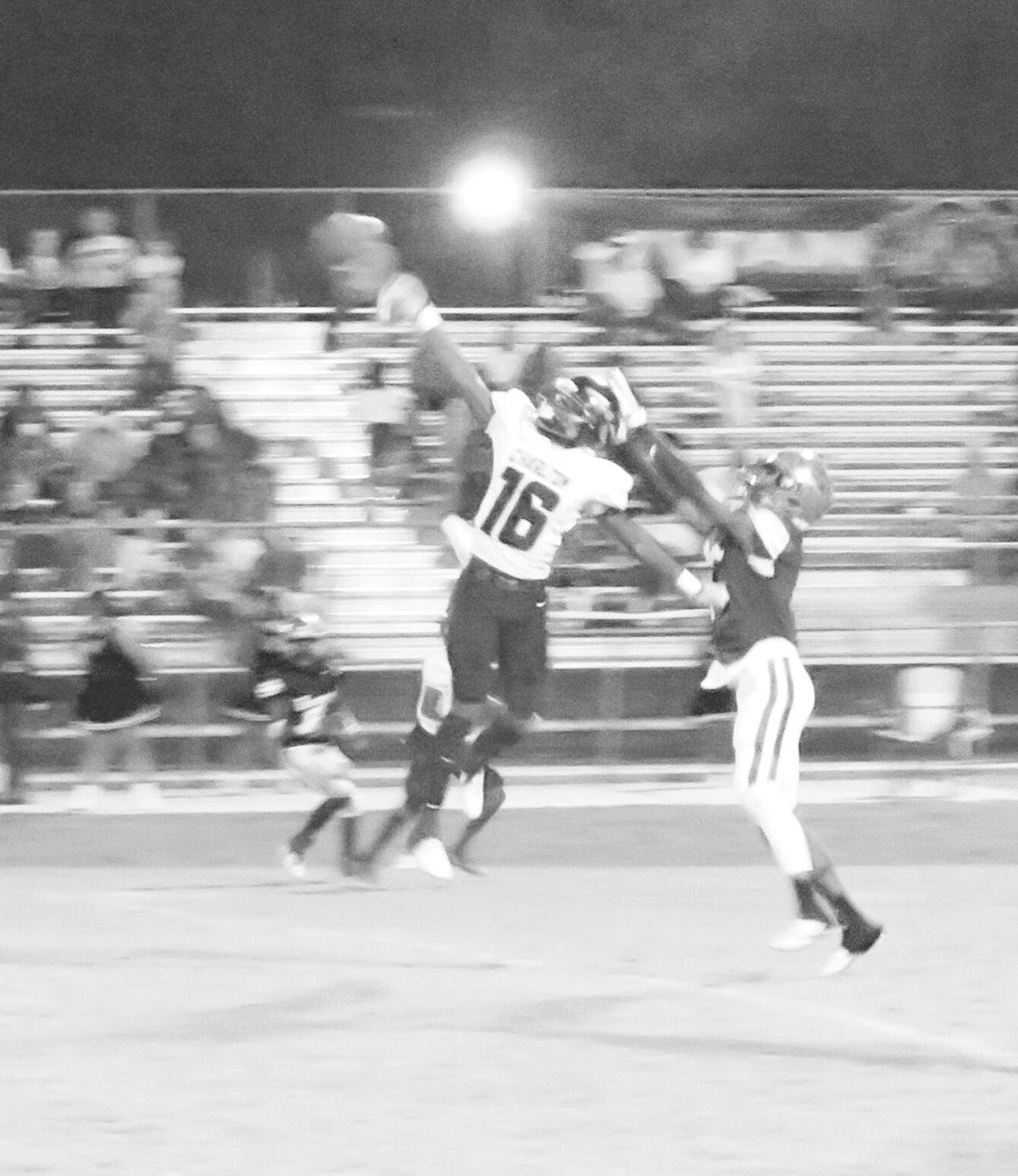 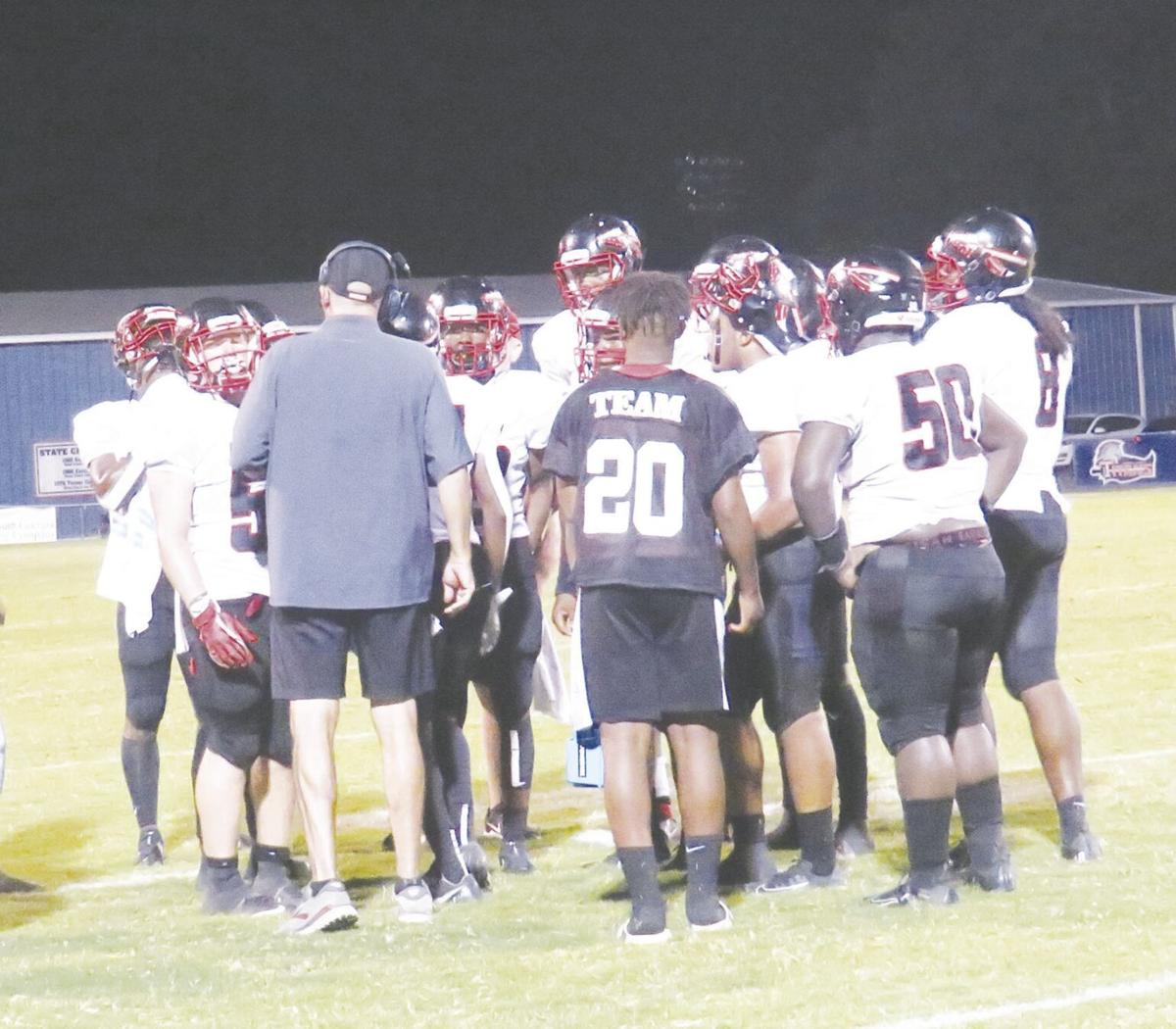 The Charlton County Indians suffered their first loss of the season last Friday night when they dropped a 13-7 decision to the Turner County Titans. An ankle injury to leading rusher Jaylen Lilley occurred midway through the second quarter and from their the Tribe couldn’t get any consistent offense going. Fourteen penalties kept the Tribe offense from sustaining any drives.

Charlton opened the game when Isaiah Baker returned the opening kickoff 31 yards and a face mask penalty gave the Indians a first down inside Titan territory at the 45. Four runs by Lilley totaling 31 yards took the ball to the 14. From there ,Jaylen King connected with Kyler Williams on a 14-yard scoring strike to give the Indians a 7-0 lead after Wyatt Crews kicked the PAT.

The teams would exchange several punts until Turner took over the ball from their own 31 with 6:51 left in the half. The Titans would use a short passing game to keep the sticks moving down the field. Turner would use sixteen plays to drive the sixty nine yards and got a six yard touchdown pass with 14 seconds left in the half. The PAT tied the game as the teams went to halftime.

Turner took the second half kickoff and drove down to the Indian 29, but the Tribe forced them to turn the ball over on downs. But two plays later the Indians fumbled the ball right back. The defense would step up again as Kyler Williams picked off a pass and returned it out to  midfield.

The Tribe would move the ball down to the twenty four before two sacks and three penalties pushed the ball back and forced a punt. The defense stepped up and forced a punt of their own as the Indians took over from their own 20. But once again, the Indians couldn’t advance the ball and lined up to punt. The snap was high and Wyatt Crews tried to avoid the rush and tried to pass but it fell incomplete, giving Turner the ball at the 25.

Turner picked up a first down at the six, but penalties pushed them back to the 15. The Tribe gifted the yardage back with a defensive holding penalty and an unsportsmanlike conduct penalty. On the next play, Turner would run it in from four yards out with 6:17 left in the game. The PAT kick was blocked by Dairion Jones to keep the Titan lead at 13-7.

The Indians would try to battle back after the kickoff. On the second play, King would hit Jamari Hamilton out of the backfield and he would find a crease in the Turner defense racing fifty six yards for the apparent tying touchdown. But holding was called downfield and the Indians ended up turning the ball over on downs.

Charlton was able to get the ball back one last time but four passes didn’t net any yards and the Titans were able to run out the clock and hand the Tribe their first loss of the season.

Lilley led the Indians with 67 rushing yards in his quarter and a half of work while Kyler Williams hauled in four passes for 54 yards and a touchdown.

The Indians are now 5-1 on the season and 1-1 in Region 2-A. They have a bye week this week and will return to action next Friday when they travel to Quitman to face Brooks County.