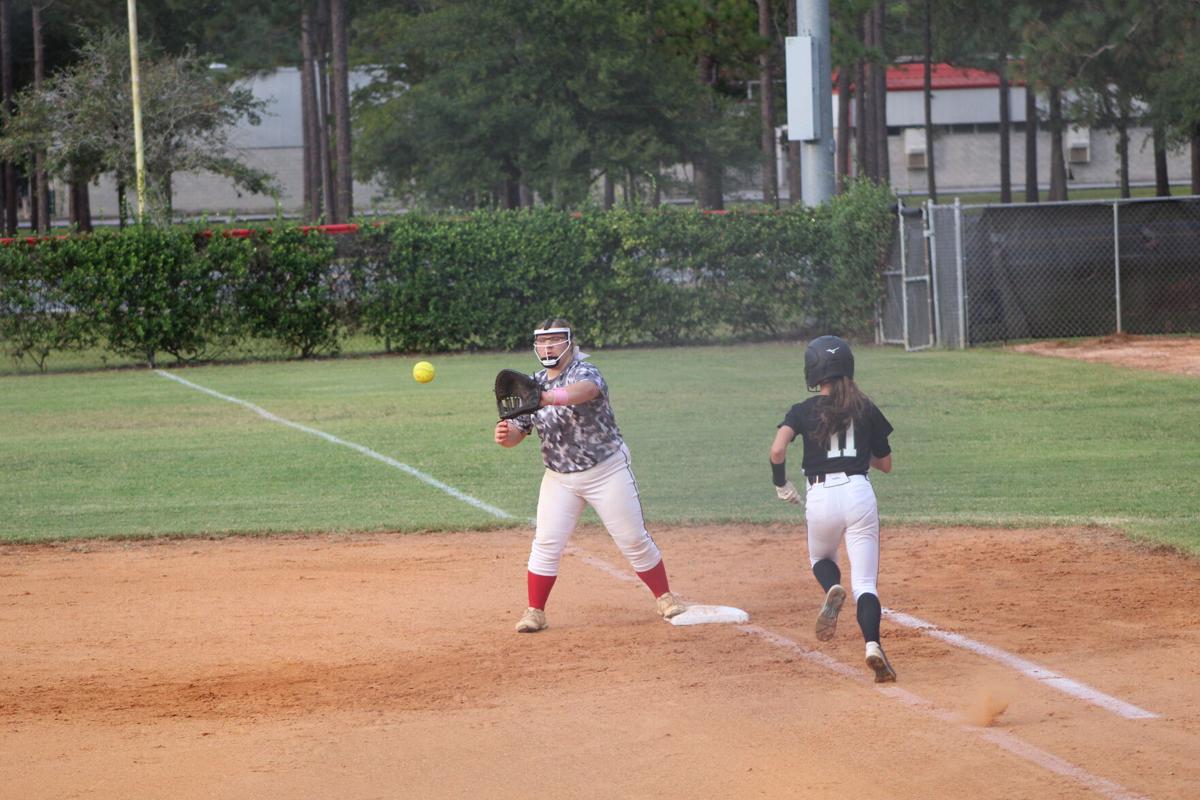 CHARLI WOOLARD GETS THE OUT AT FIRST. 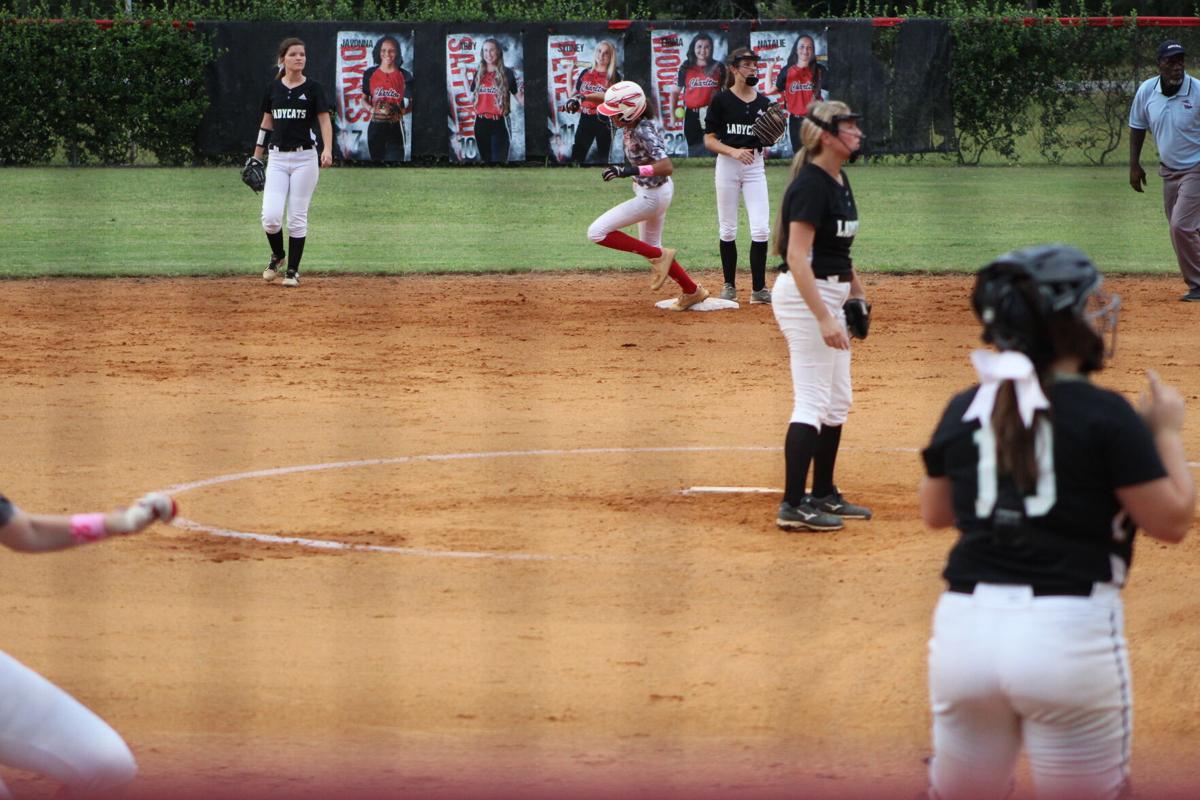 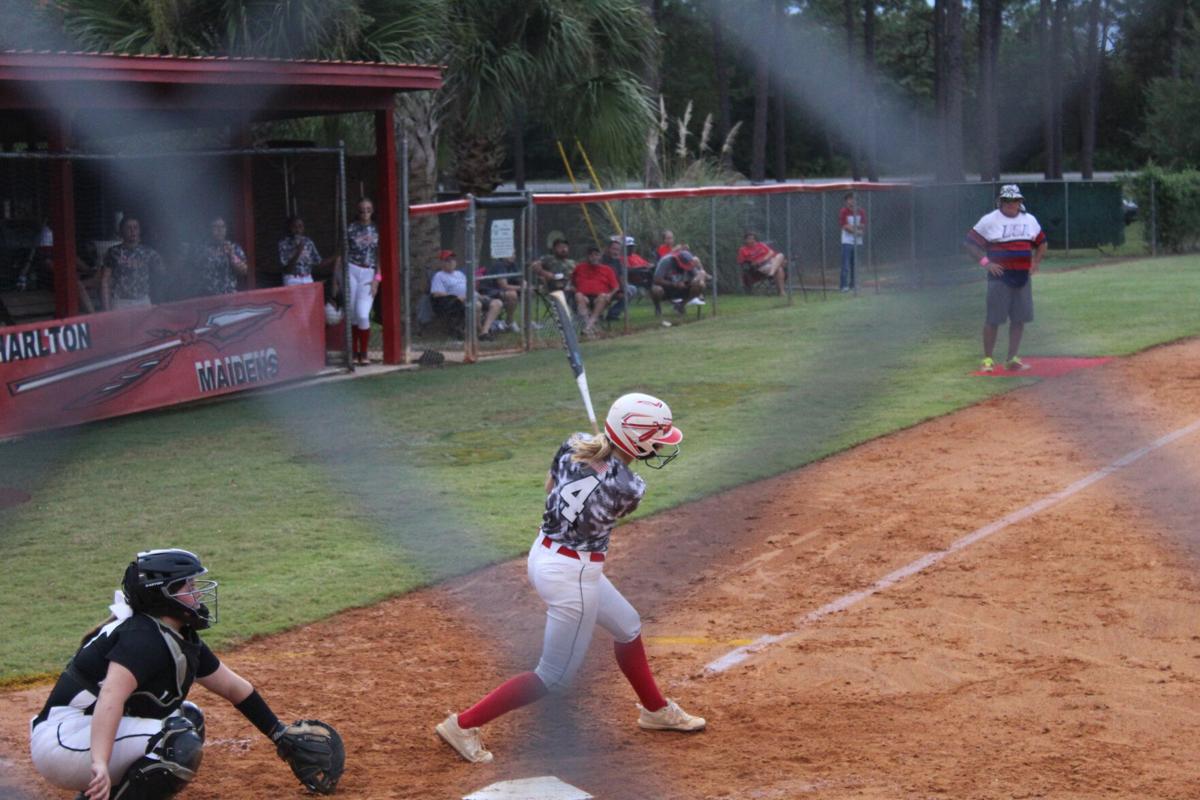 KYLEE VARNES SCORES FOR THE MAIDENS. 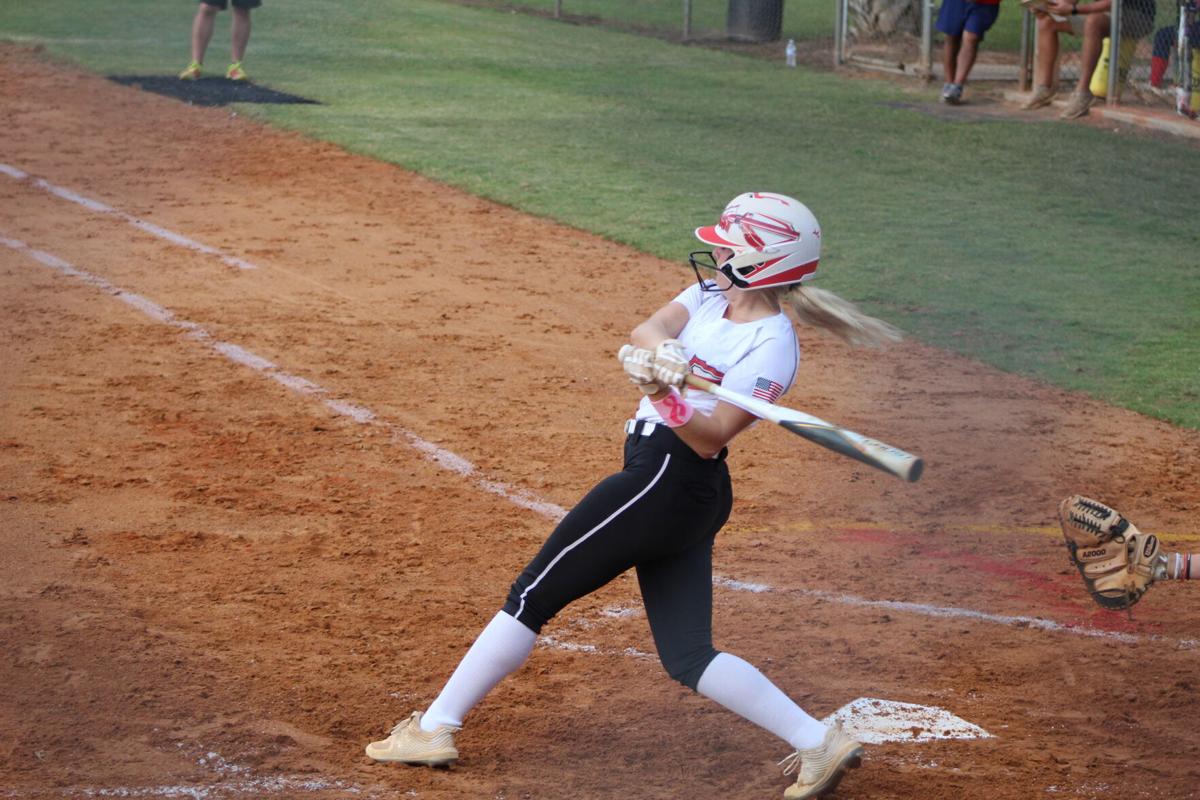 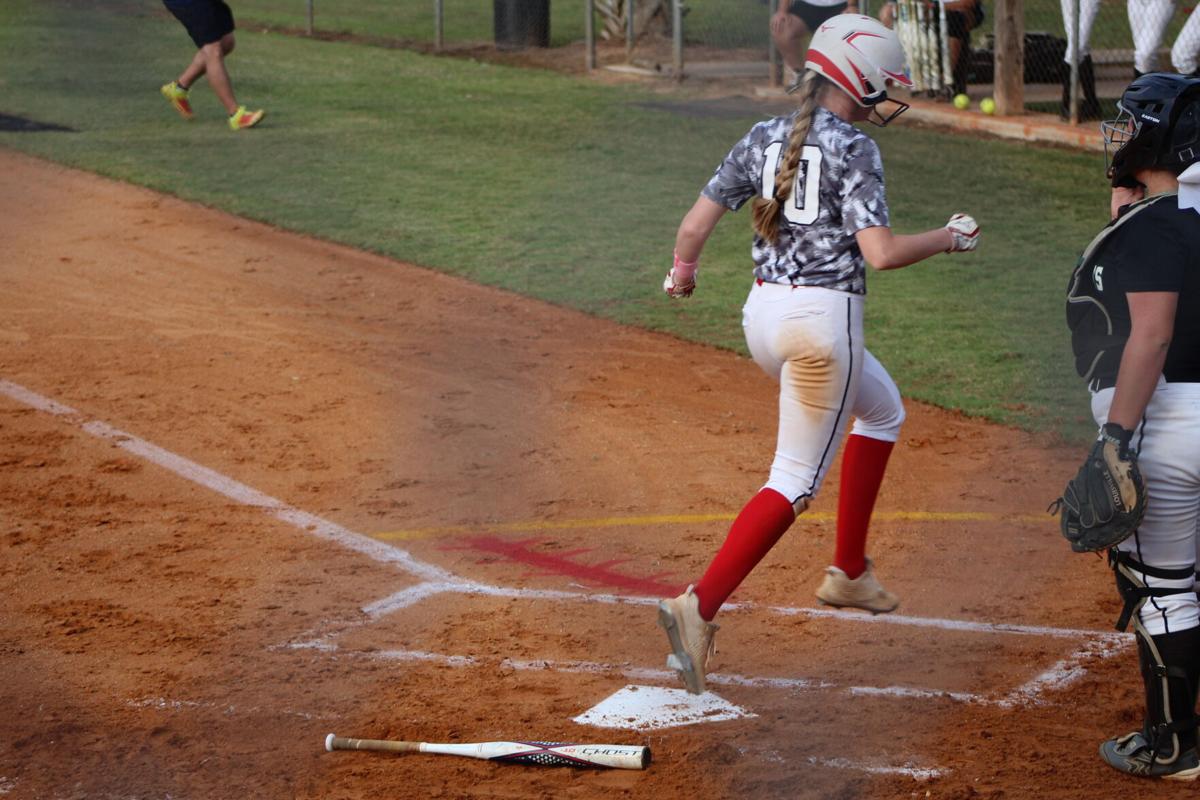 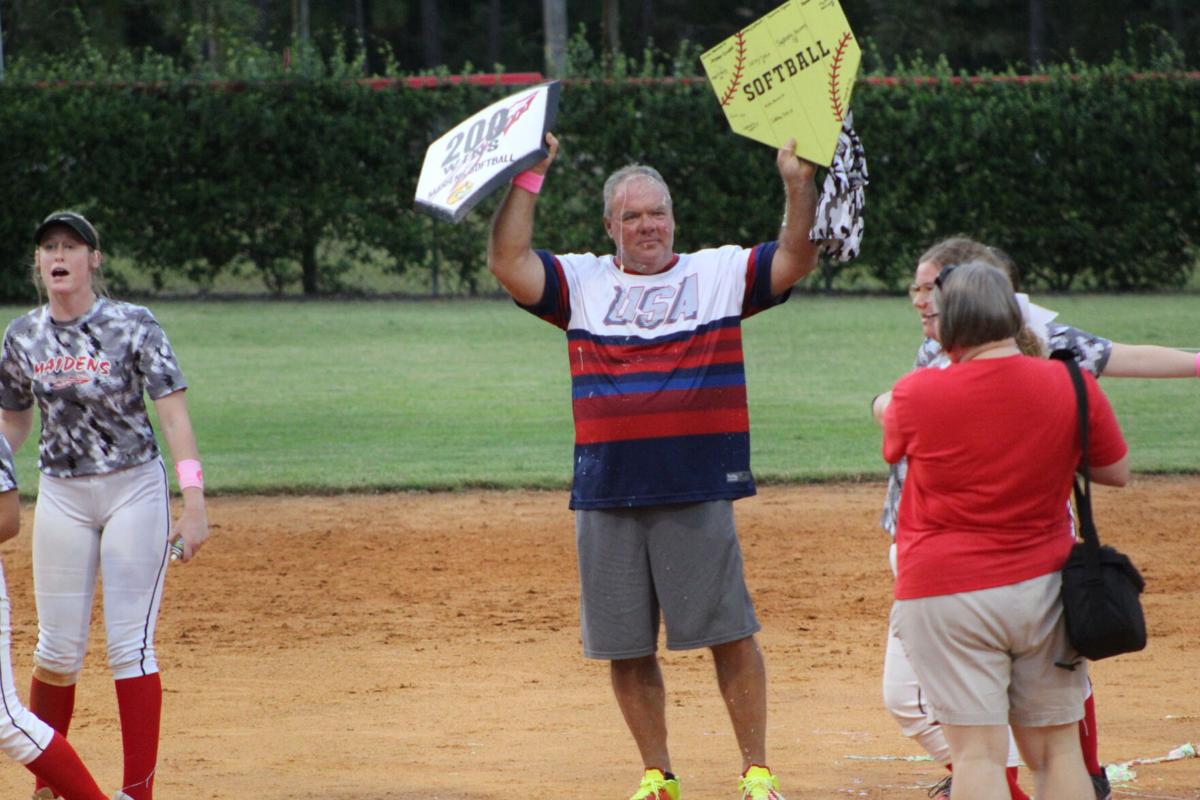 CHARLI WOOLARD GETS THE OUT AT FIRST.

KYLEE VARNES SCORES FOR THE MAIDENS.

The Charlton County Maidens softball team wrapped up the regular season in fine fashion as they shutout their final three opponents last week and will enter postseason on a six game winning streak. The 18-4 Maidens will begin the state playoffs at home on Wednesday when they host Wilcox County in a doubleheader to begin the best of three series.

Charlton opened up the week last Tuesday when they hosted Echols County. The Maidens jumped out to a 2-0 lead in the first inning on a Wildcat error and an RBI ground out by Jesslyn Smith. They would add to their lead in the second inning when Abby Safford singled with two outs, stole second and third before coming home on a single by Javonna Dykes.

After a scoreless third inning, the Maidens would put the game away in the fourth. Smith and Kylee Varnes led off with singles and both scored when Natalie Lynch's bunt was thrown into right field. An RBI ground out by Sydney Pevey scored Lynch and the lead was up to 6-0. Safford and Dykes added singles, with Safford scoring on another Echols error. Emma Woolard's RBI single pushed the lead to 8-0. Andia Williams, running for Woolard stole second and third before scoring on a wild pitch. After walks to Gabby Tillis and April Key and a hit batter the Maidens got an RBI fielder's choice by Varnes and a run scoring single by Lynch to push the lead to 11-0. After Echols was retired in the fifth inning the game was called.

Dykes, Woolard and Safford each had two hits to lead the Maidens, while seven different players drove in runs. Emma Woolard picked up the win in the circle pitching four shutout innings giving up just one hit while striking out seven batters. Charli Woolard pitched a hitless fifth inning to complete the game.

The following day, Charlton would make the road trip to Pearson to face Atkinson County. As has been the case most of the year the Maidens jumped out to an early lead. Lynch's single in the first inning scored Tillis and Varnes and Smith drove her in with a hit of her own giving the Maidens a 3-0 lead.

The lead would grow in the second when Williams singled and came home on a double by Emma Woolard. Tillis and Charli Woolard followed with run scoring singles to push the lead to 6-0. Lynch and Smith then had RBI hits and the lead was pushed to 8-0.

Charlton kept on scoring in the third inning. Williams singled and stole second before scoring on a single by Tillis. Charli Woolard reached on an error that scored Tillis and another error allowed her to score increasing the lead to 11-0.

Smith led off the fourth with a hit and advanced to second on an error. Then with two outs Williams doubled her home. An error allowed the final run to score and after the Wildcats were retired in the bottom of the fourth the game was called with Charlton taking the 13-0 win.

Tillis, Smith and Williams each had three hits for Charlton, while Lynch led with three RBI's. Charli Woolard picked up the win by going the distance allowing five hits and no runs.

On Thursday, Charlton would host Citizen's Christian Academy out of Douglas. In a game where Emma Woolard and the pitcher from Citizen's battled it out on the mound the Maidens would get just enough offense to pull out the win.

In a scoreless game, Pevey led off the bottom of the third inning with a walk and advanced to third on a double by Safford. A passed ball allowed Pevey to score the game's first run. It would stay that way until the fifth inning, when Dykes hit a two out solo home run to push the Maiden lead to 2-0.

That would be all that Woolard would need, as she held the Patriots to just one hit and struck out 16 batters to hold them scoreless over seven innings. The Maidens managed just the double by Safford and the home run by Dykes, but it would be enough.