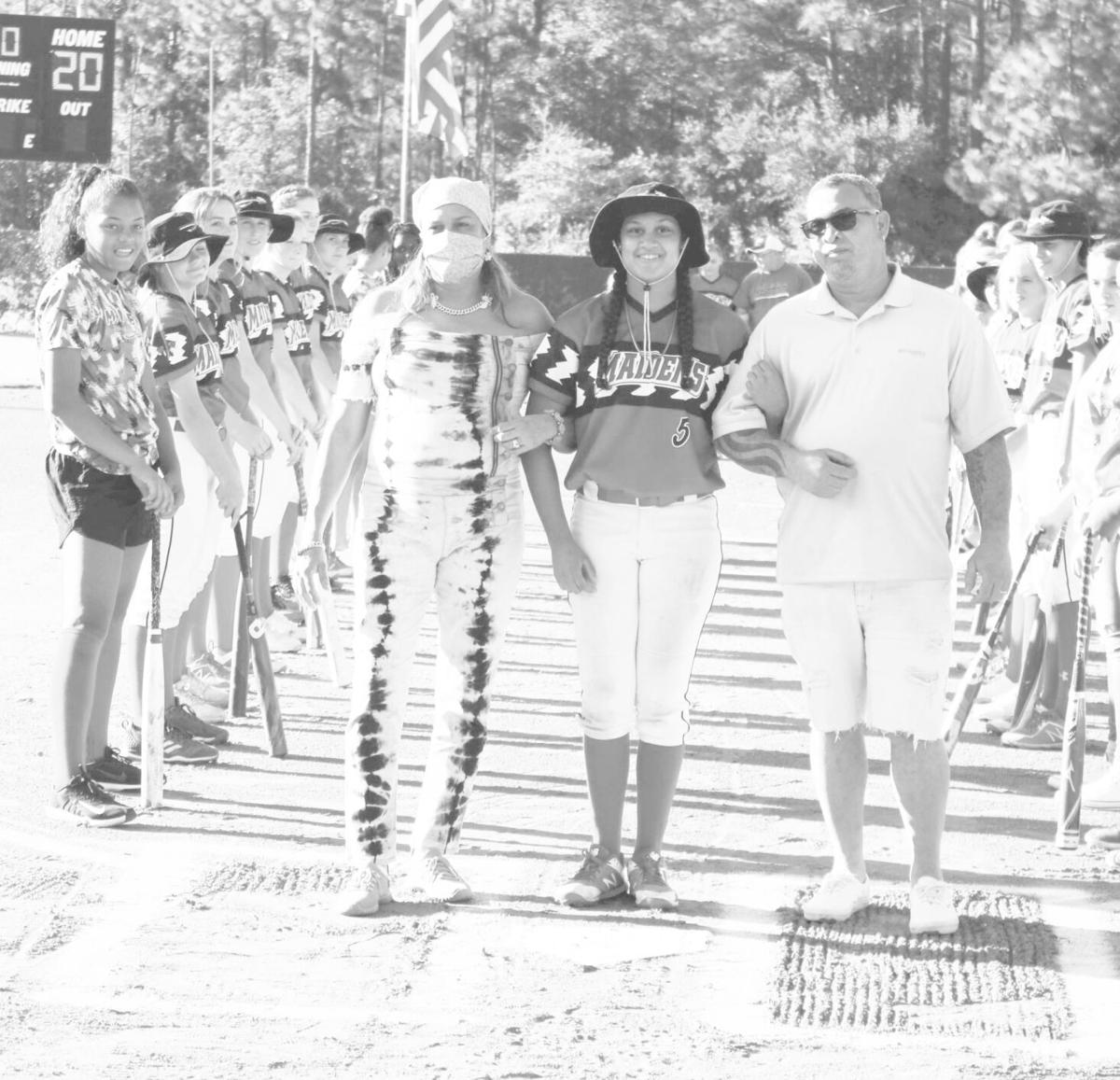 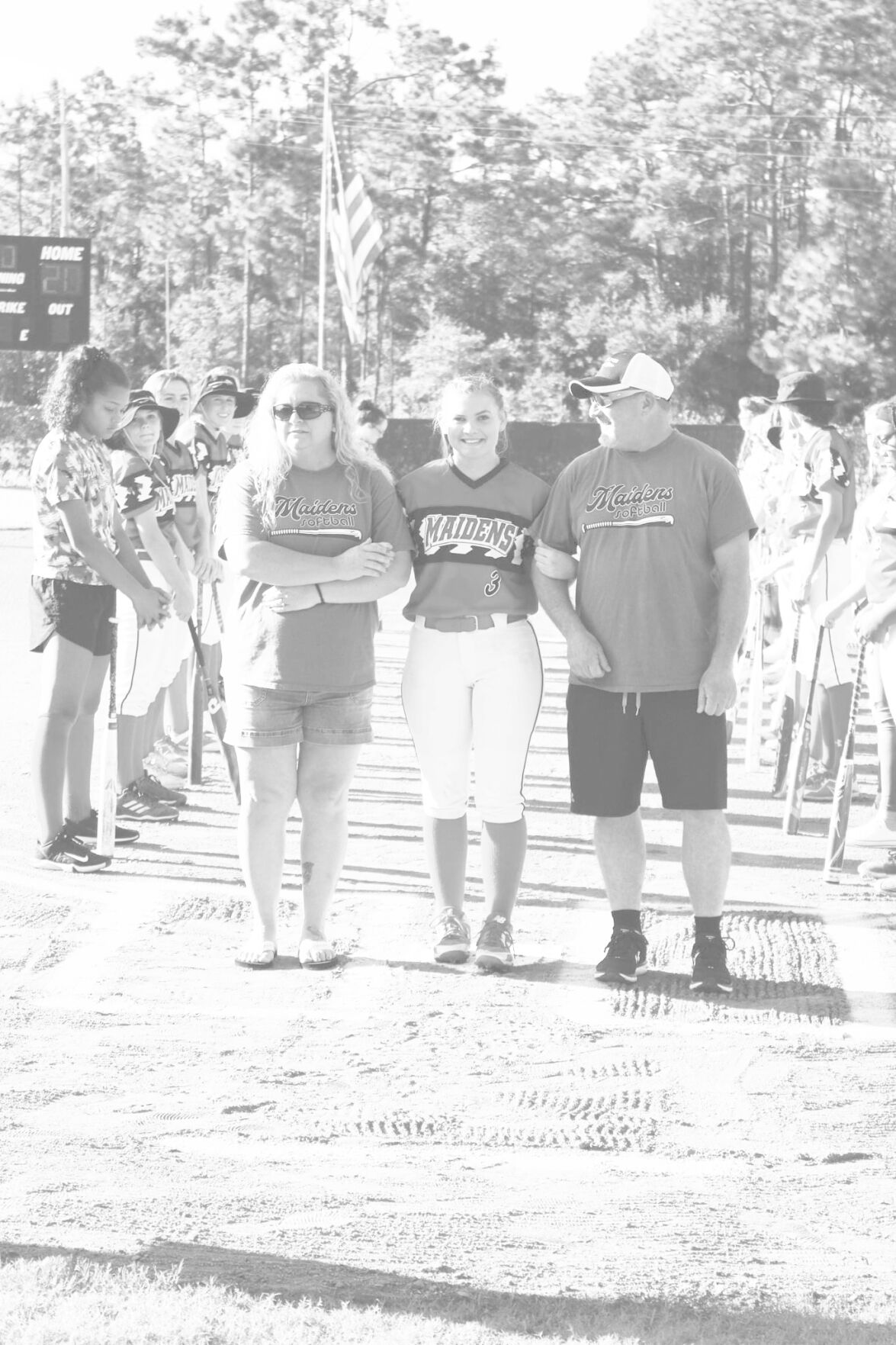 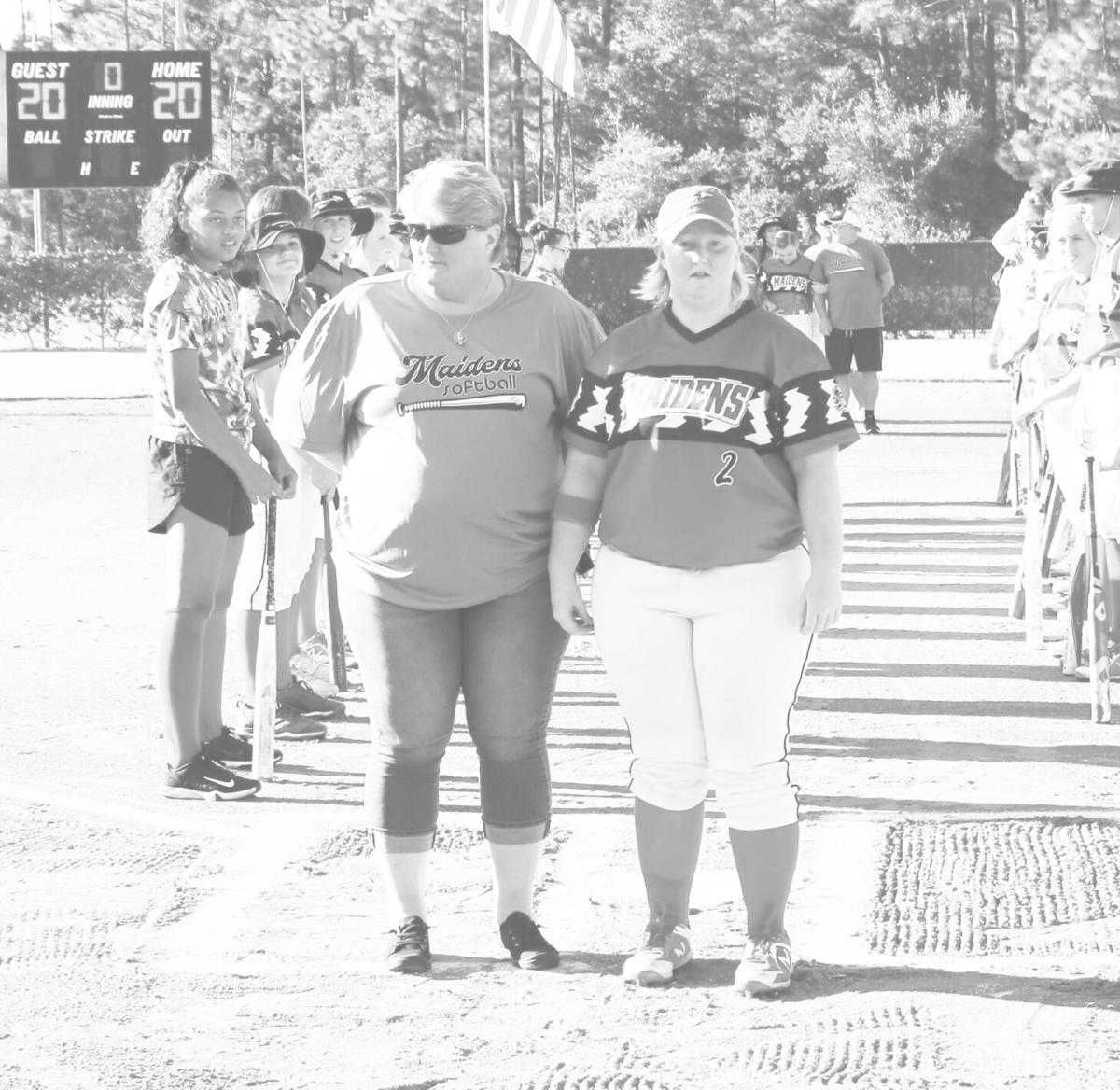 The Charlton County Maidens softball team improved to 13-4 on the season and 8-1 in Region 2-A action after defeating region foes Turner County, Clinch County, and Irwin County last week. With five regular season games remaining the Maidens are currently in second place behind Lanier County, who is 11-0 in region play. With the top four teams in the region advancing to the state playoffs the Maidens are one win away from clinching a playoff berth.

Charlton opened the week on the road Monday against Turner County. The Maidens would use 11 hits and take advantage of 11 Turner errors to win by an 18-1 score in four innings.

Leading 9-1 the Maidens would erupt for nine more runs in the fourth to completely put the game away as Andrea Duke smashed a grand slam to complete the scoring.

Duke and Javonna Dykes both had two hits to lead the Maiden offense while seven other players picked up one hit each. Emilee Zetmeir pitched the first 2.2 innings allowing just two hits and one unearned run while Charli Woolard pitched the final 1.1 innings of hitless relief. The two combined to strike out seven batters.

On Wednesday the Maidens returned to play at home against Clinch County. The Lady Panthers struck first with three runs in the top of the third inning, but Charlton cut into the lead in the bottom half of the inning. Dykes started the rally with a two out single and Gabby Tillis reached on an error. Emma Woolard would help her own cause on the mound by singling them both home to cut the deficit to 3-2.

Charlton took the lead in the fourth inning when Brooke Spivey and Duke both walked and Kylee Varnes reached on a bunt single to load the bases. Charli Woolard tied the game with a single and after an out on the base paths Abby Safford singled to load the bases again. Dykes reached on an error that allowed Varnes to score and Tillis hit a sacrifice fly pushing the lead to 5-3.

Emma Woolard was hit by a pitch and the bases were loaded once again. Tiffany Rivera reached on an error that cleared the bases and allowed her to reach third. An RBI ground out by Spivey scored Rivera and the Maidens now led 9-3.

Varnes walked and Safford reached on a dropped third strike. Dykes and Tillis followed with RBI singles before Emma Woolard ended the game in style by smashing a three run walk off home run to give Charlton a 14-6 win.

Dykes, Woolard, and Varnes each had two hits while Woolard's five RBI's led the team. Woolard also picked up the win on the mound pitching into the fifth inning while Zetmeir came on to shut down the final Clinch rally in the fifth.

On Thursday the Maidens had no problems disposing of Irwin County. Dykes led off the bottom of the first with a double, advanced to third on a wild pitch, and scored on an error by the Irwin catcher.

In the second inning the Maidens would get an RBI single by Sydney Pevey and an RBI ground out by Dykes before Tillis blasted a two run home run for a 6-0 lead.

Charlton would keep on scoring in the third inning. Safford drew a bases loaded walk while Pevey and Dykes both hit a sacrifice fly to increase the lead to 9-0. Three Irwin errors helped push four more runs across the plate for the 13-0 lead.

Irwin finally scored in the top of the fourth, but the one run wasn't enough to keep the game from ending.

Dykes, Tillis, and Pevey led Charlton with two RBI's each. On the mound Zetmeir picked up the win after pitching the first three innings. Charli Woolard wrapped up the game by pitching the fourth inning.

The Maidens were on the road Monday and Tuesday at Echols County and Clinch County and will have a huge game in Lakeland Thursday against Lanier County. Charlton wraps up the regular season next week as they travel to Irwin County on Monday before hosting Brooks County on Tuesday to close the season.