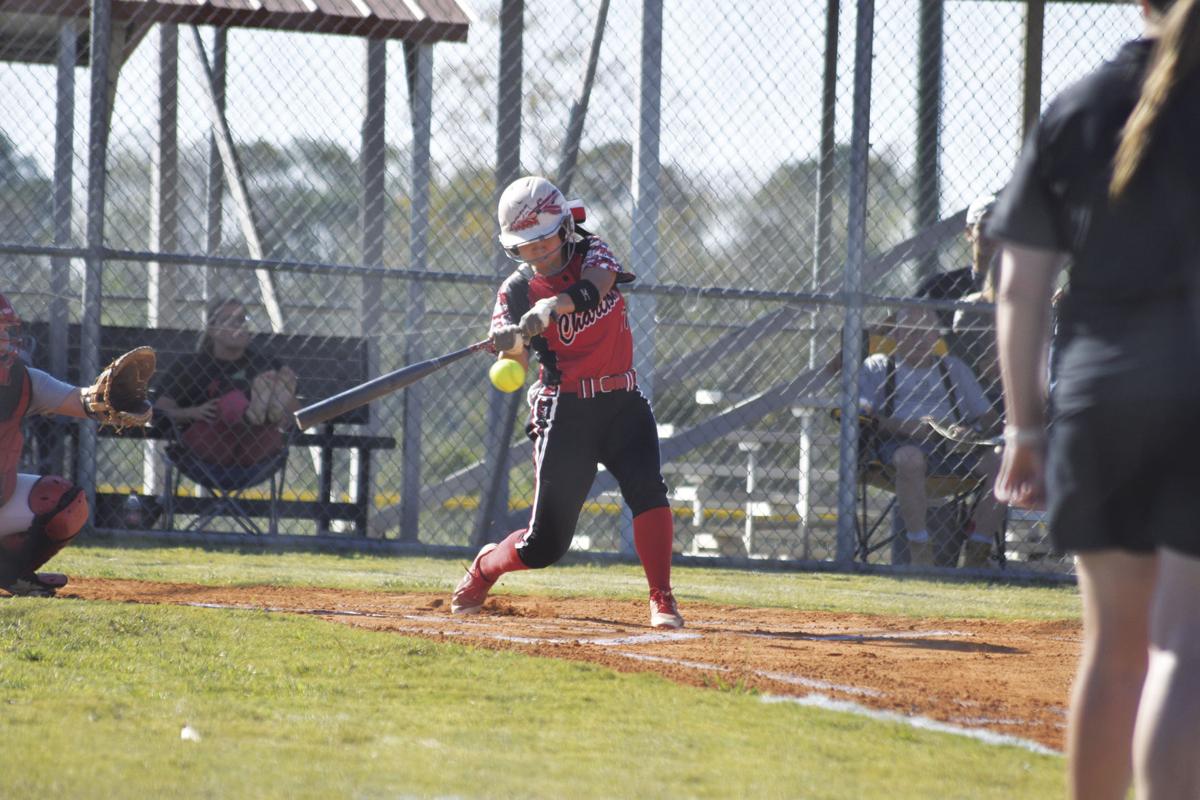 Sam Baxter with a base hit. 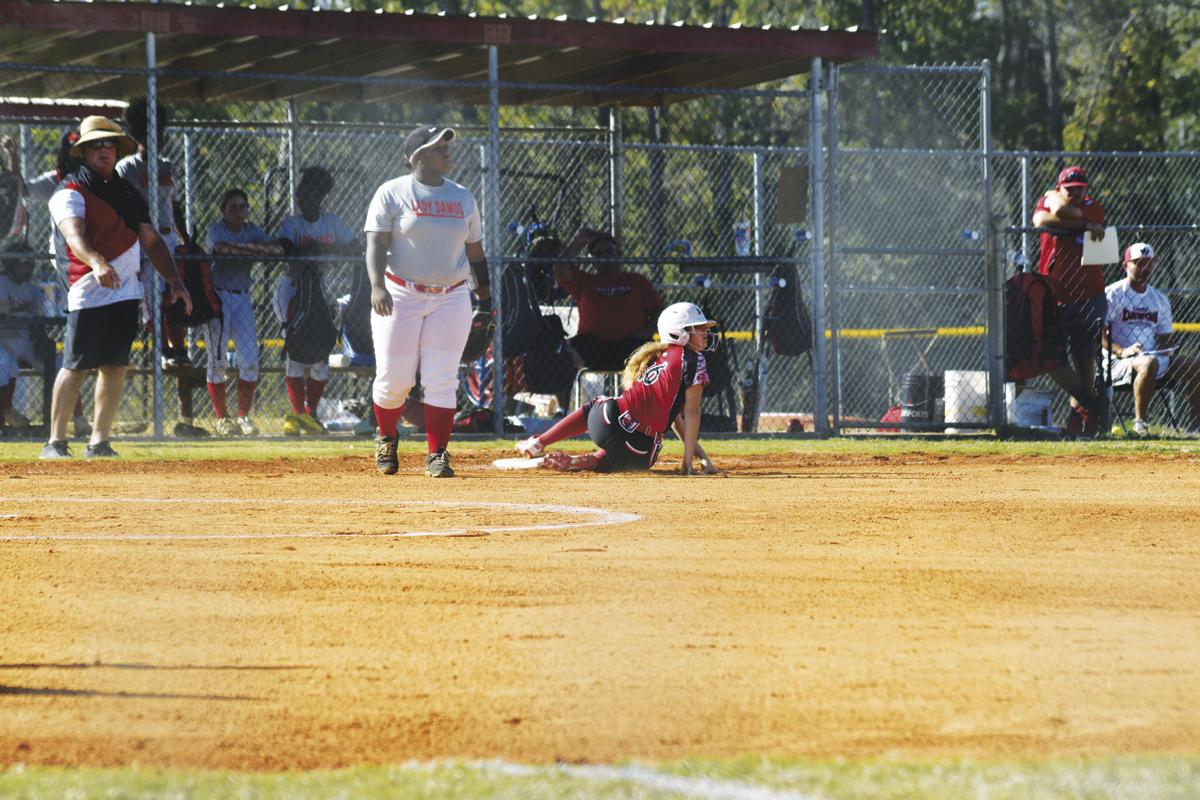 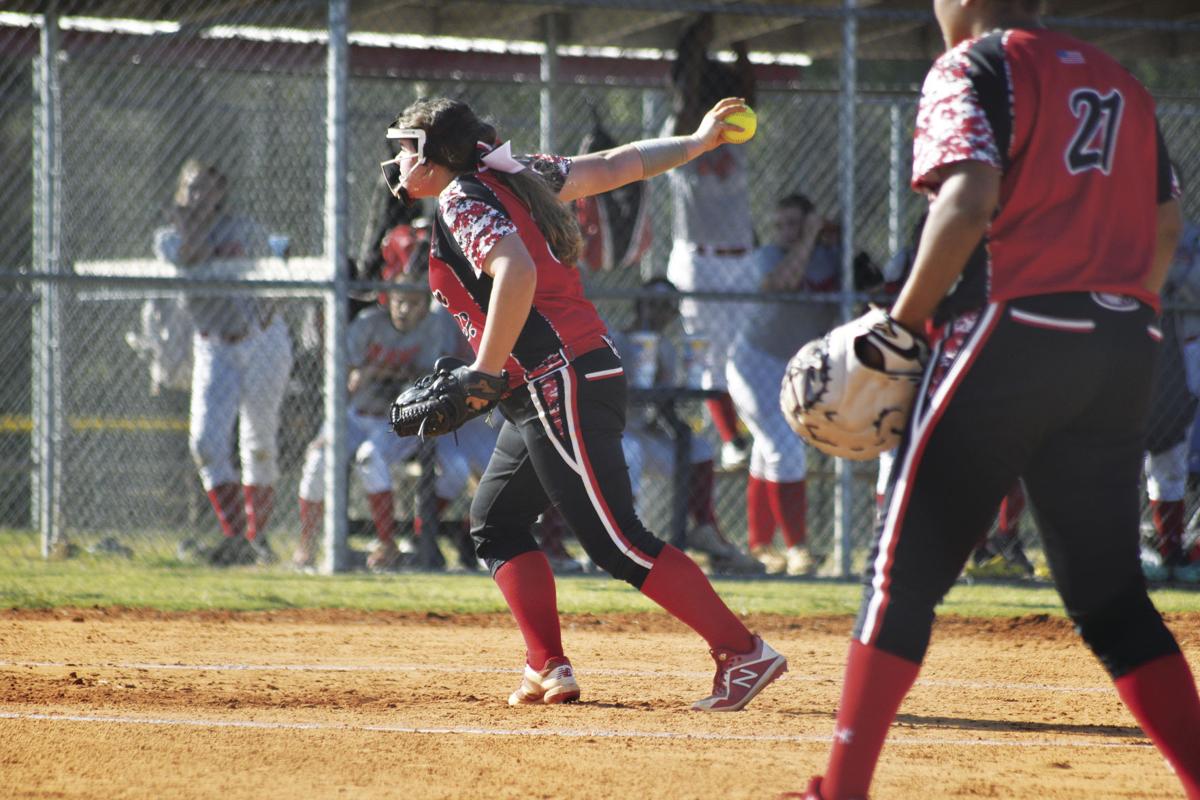 Emma Woolard would be 14 innings for the Sweep over Wheeler. 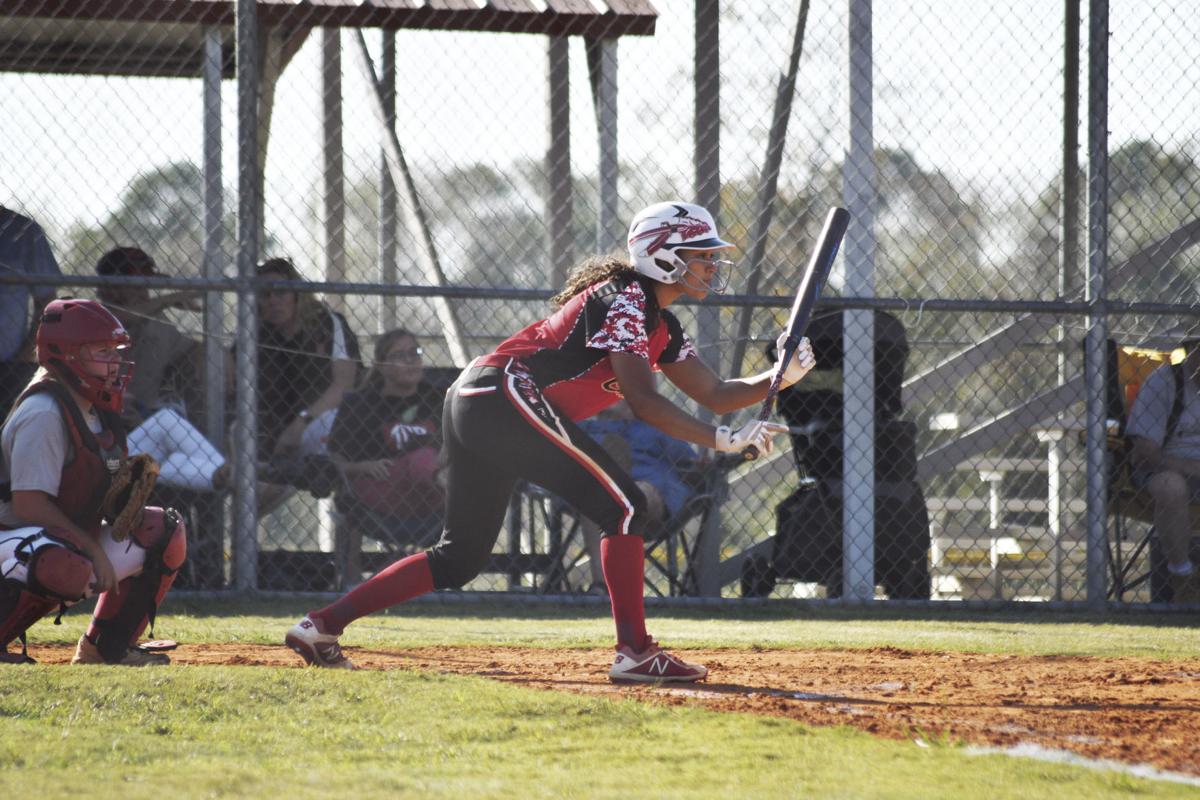 Tiffany Rivera with a bunt.

Sam Baxter with a base hit.

Emma Woolard would be 14 innings for the Sweep over Wheeler.

Tiffany Rivera with a bunt.

Apparently being the lower seed had no affect on the 20th-seeded Charlton County Maidens as they traveled to Alamo and swept two-straight games from 13th-seeded Wheeler County in the first round of the GHSA State Playoffs. The Maidens now advance to the second round where they will be on the road again against region foe Lanier County on Wednesday.

As the visitor’s in game one, the Maidens wasted no time in jumping out to a lead. Leadoff batter Javonna Dykes bunted for a single and an error allowed her to reach second. After stealing third, she would score on a throwing error to give Charlton an early 1-0 lead.

Emma Woolard would then reach second on yet another Wheeler error and courtesy runner Kauri Lee would score on an RBI single by Jalees Murphy. After a single by Tiffany Rivera and a double steal, Brooke Spivey came through with a single to right field to score both runners and give Charlton a 4-0 before Wheeler came to the plate.

Charlton added a single run in the second inning when Woolard’s sacrifice fly scored Dykes from third to increase the lead to 5-0. Wheeler would load the bases with two outs in the bottom of the second but Woolard struck out the final batter to end the threat.

The Maidens were back at it in the third inning when Gabby Tillis led off with a double. A bunt single by Rivera put runners at the corners and Spivey’s ground ball scored Tillis from third for a 6-0 lead.

Charlton kept adding to the lead in the fourth inning when Samantha Baxter led off with a single, advanced to third on a pair of passed balls before Tillis ripped a run scoring double to make the score, 7-0.

In the fifth inning, the Maidens were held scoreless for the first time and Wheeler started the bottom of the fifth with four straight hits to score once and have the bases loaded. After a force out at home Woolard struck out the next two batters to preserve the 7-1 lead.

Charlton would get right back on the board in the sixth when Baxter walked, stole second and came home on a double by Woolard for the 8-1 lead, and the Maidens would hold the rest of the way to claim the win in the opening game.

The second game started off just as well for the Maidens as they scored three times in the bottom of the first inning. With Baxter on second, Tillis singled to left and the ball got away from the outfielder to allow Baxter to score the first run and let Tillis advance to second. A bunt single by Rivera and two wild pitches scored courtesy runner Noel Crosby and Rivera moved to third. A single by Spivey scored Rivera and the Maidens led 3-0 after one inning.

Charlton added a single run in the second inning when Abby Safford singled, moved to second on a wild pitch and to third on a sacrifice bunt by Dykes before scoring on an error by Wheeler.

The score would remain 4-0 until Wheeler came up in the fourth inning. The Lady Bulldogs would take advantage of two Maiden errors to cut the lead in half at 4-2.

Both teams would be held in check the remainder of the game and the Maidens would advance to round two with a 4-2 win.