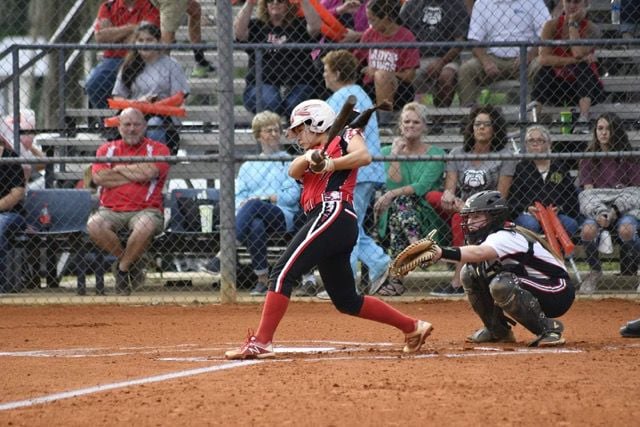 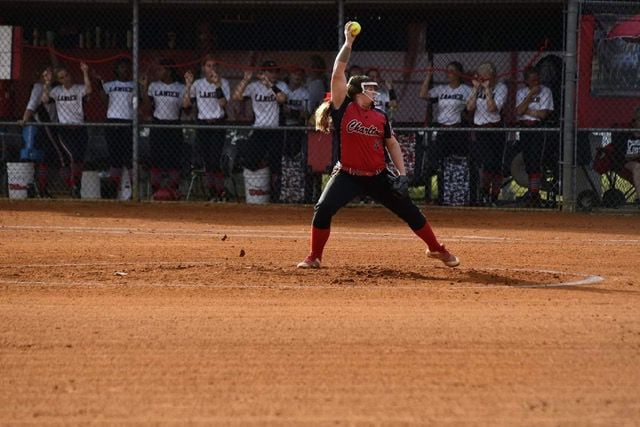 Emma Woolard on the mound. 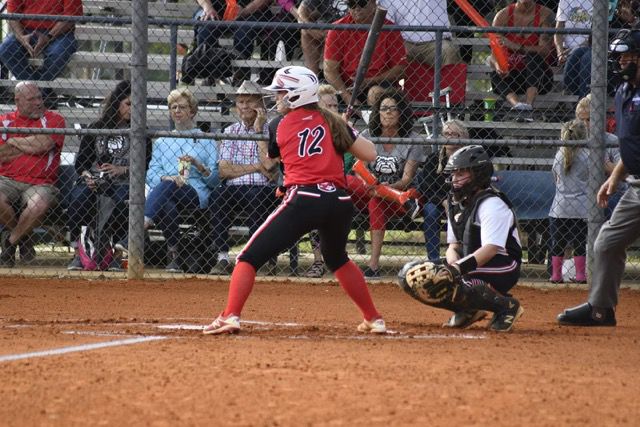 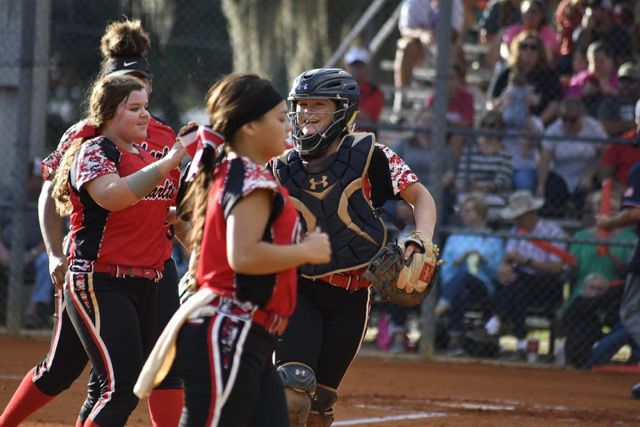 Baxter, Woolard and Tillis celebrate an out. 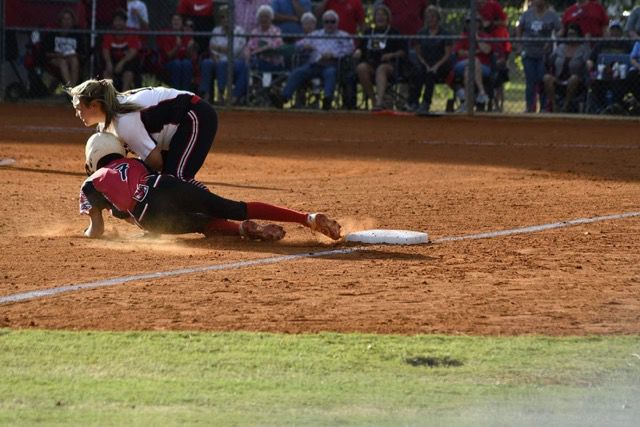 Jovanna Dykes under the tag at third.

Emma Woolard on the mound.

Baxter, Woolard and Tillis celebrate an out.

Jovanna Dykes under the tag at third.

The Charlton County Maidens softball team gave fourth-ranked Lanier County all they wanted, and then some, before finally falling on the road in the second round of the GHSA State playoffs.

In the opener, the Maidens would take a 1-0 lead in the top of the third inning. Abby Safford and Javonna Dykes both singled before Samantha Baxter followed with a hit of her own to score Safford.

Lanier tied the score in the bottom of the fourth and then took the lead with a four-run fifth inning.

Charlton would try and rebound in the sixth inning. Dykes and Baxter both had singles. Dykes would steal third and come home on a throwing error to cut the deficit to 5-2. But that would be all they could manage as they dropped the opening game of the three game series.

Game two would be a back and forth affair that the Maidens started with a four-run first inning after giving up two runs to begin the inning. Gabby Tillis scored Dykes from third on a perfect bunt and Jalees Murphy added an RBI single to tie the score. Brooke Spivey followed with a run scoring single and came home on a double by Tiffany Rivera to take a 4-2 lead.

Charlton added two more runs in the second inning. After a single by Dykes and a walk to Woolard, the Maidens pulled off a double steal. Two wild pitches scored both runners as Charlton led, 6-2.

But Lanier bounced back scoring six times in the top of the third inning to take the lead at 8-6. But the Maidens answered right back with three runs to regain the lead.

Rivera led off with a walk and circled the bases on several Lanier errors to get the Maidens within one run. Sydney Pevey then singled, stole second and third and came home when Safford reached second on an error. Dykes then reached on yet another Lanier error allowing Safford to score giving Charlton a 9-8 advantage.

It would stay that way until the top of the sixth when Lanier scored once to tie the game at 9-9. But once again the Maidens responded by scoring three times in the bottom half of the inning. Dykes walked and stole second and came home on a double by Baxter. Later in the inning, Spivey would come through with a two-out single that scored two runs, giving Charlton a 12-9 lead.

Charlton would retire the first two batters in the seventh, but couldn’t get the third out until after Lanier had scored three times to tie the score.

The Maidens couldn’t score in the bottom of the seventh and the game headed into extra innings. Lanier scored four times in the top of the eighth and the Maidens had one last chance. Woolard was hit by a pitch and Gabby Tillis singled before Murphy cleared the bases with a triple to cut the Lanier lead to 16-14. But that would be all they would score as they saw their season come to a close and finish with an 18-10 record.

Dykes and Baxter led the Maidens with four hits during the series while Murphy and Spivey led the way with three RBI’s each.