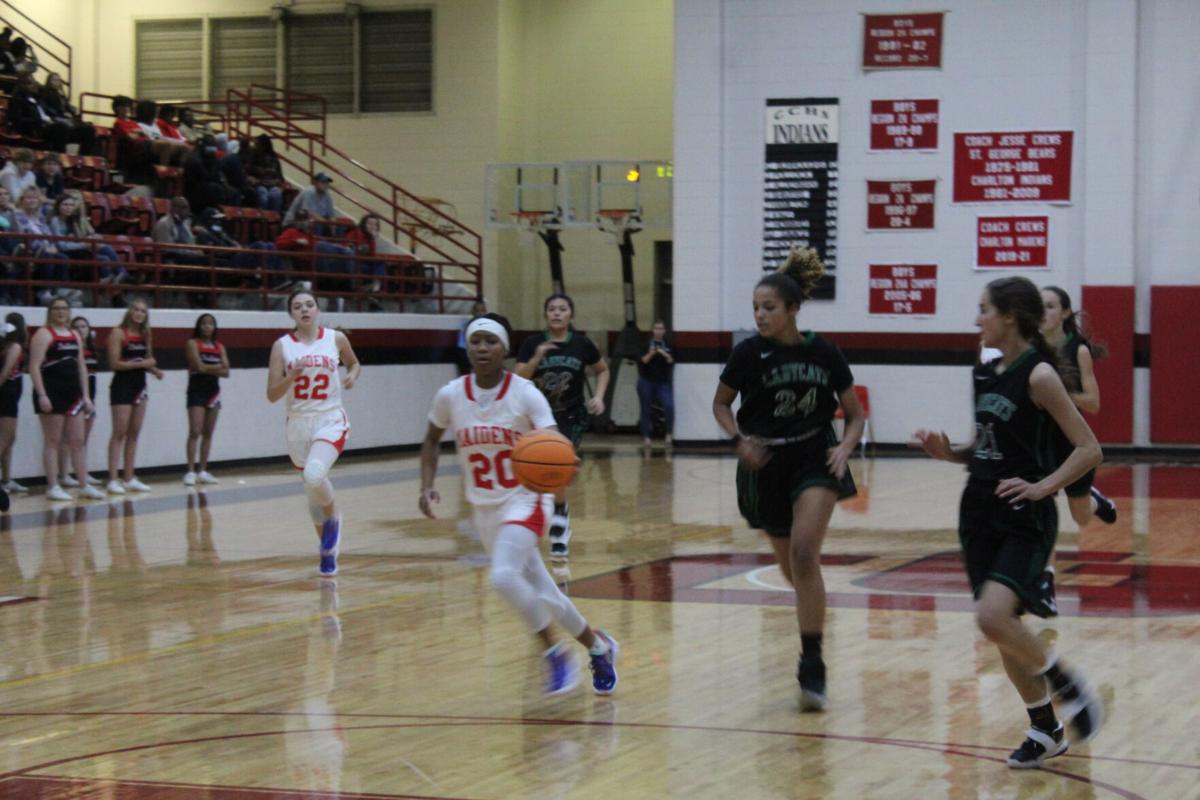 MAKAYLAH GARARD MAKES HER WAY DOWN THE COURT. 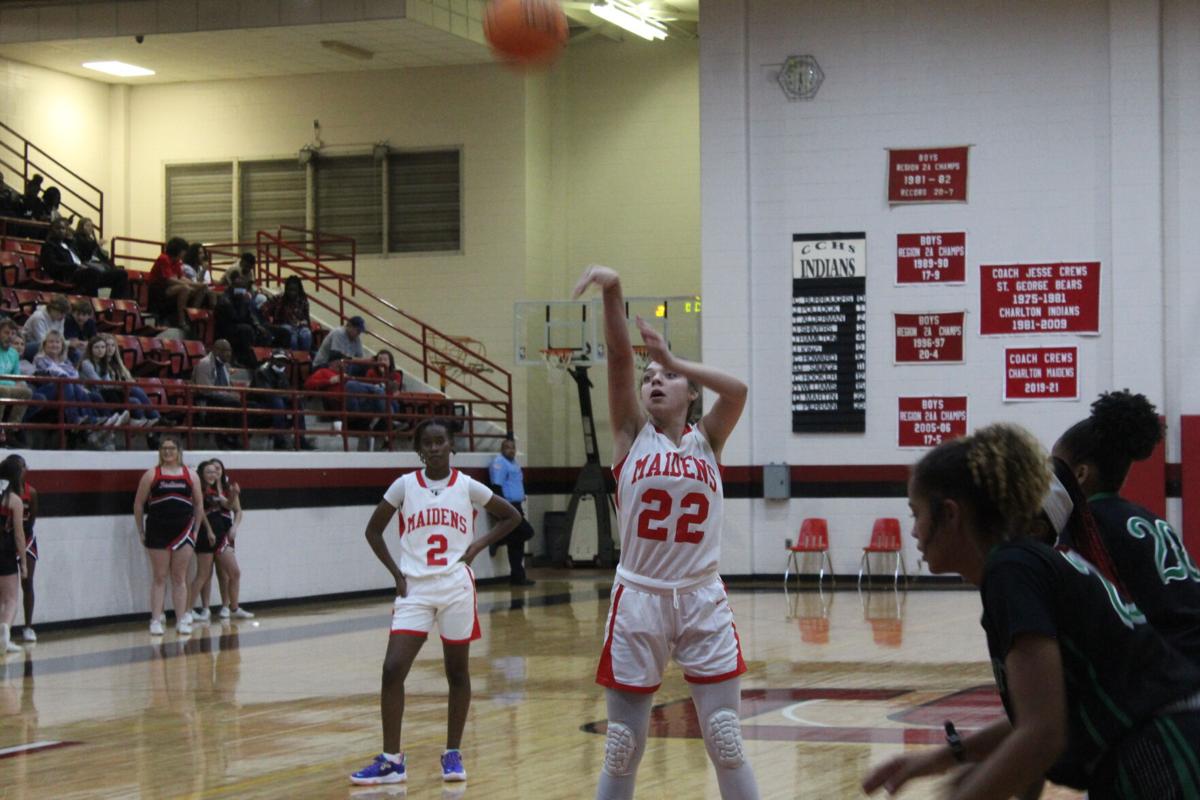 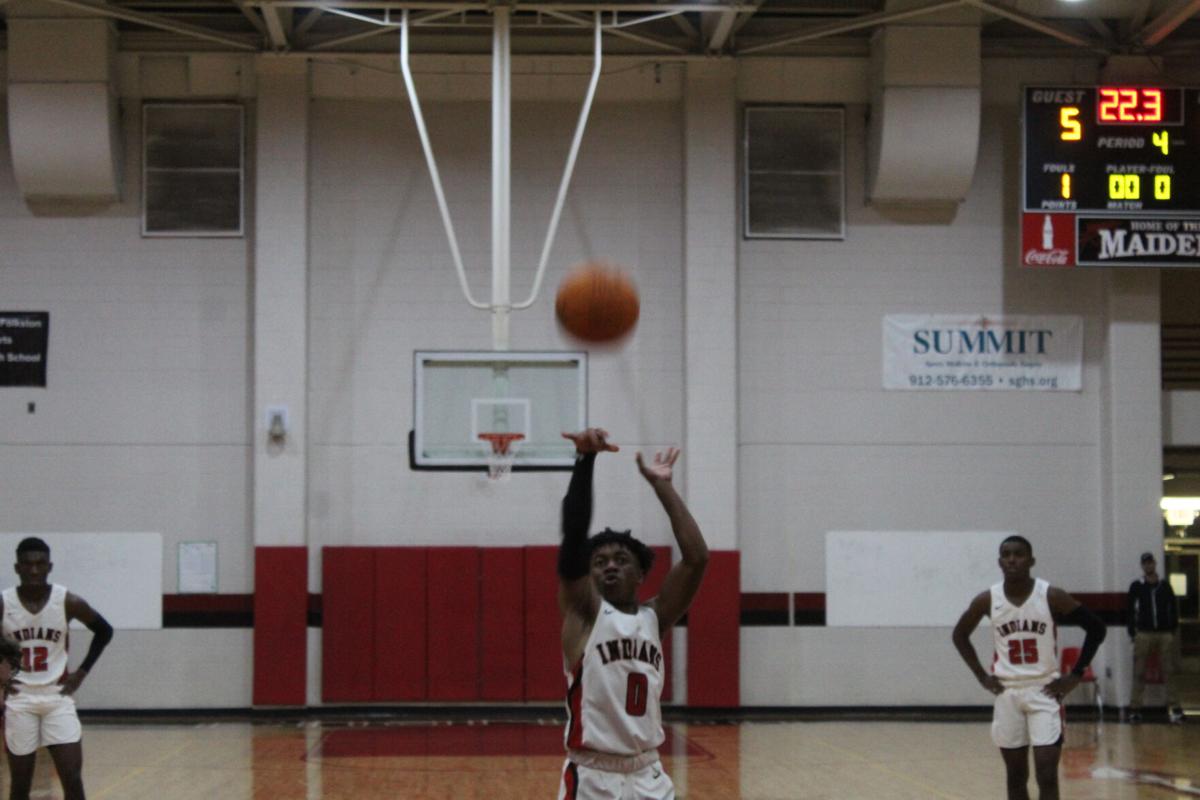 THE INDIANS GET THE POINT ON THE WAY TO THEIR WIN.

MAKAYLAH GARARD MAKES HER WAY DOWN THE COURT.

THE INDIANS GET THE POINT ON THE WAY TO THEIR WIN.

The Charlton County Maidens and Indians got their season off to a great start Saturday night in Folkston as both teams had no problems winning their openers against Echols County.

The Maidens opened up play first and took a commanding 32-7 lead after the first quarter. With reserves in for most of the second quarter, the Maidens would enter the half up 36-14. The lead would continue to grow with everyone seeing playing time as Charlton would take a 58-22 win. Jordan Vernon led the way with 23 points, while Makaylah Garard finished with 11 and Heaven Whitlock added nine points.

In the boy's game, the Indians used a smothering man to man defense and held the Wildcats scoreless the entire first half, jumping out to a 32-0 lead at the break. Echols would finally hit their first basket in the third quarter and add a few more points in the final period, but the Indians would roll 58-5. Jarvis Wright led the Tribe with 20 points and Jamari Hamilton was also in double figures with 11 points. Freshman Elyiss Williams added nine points, including two dunks that sent the crown into a frenzy.

Both teams are in action on Tuesday against Hilliard at home, before returning to action next Tuesday on the road at Echols County.