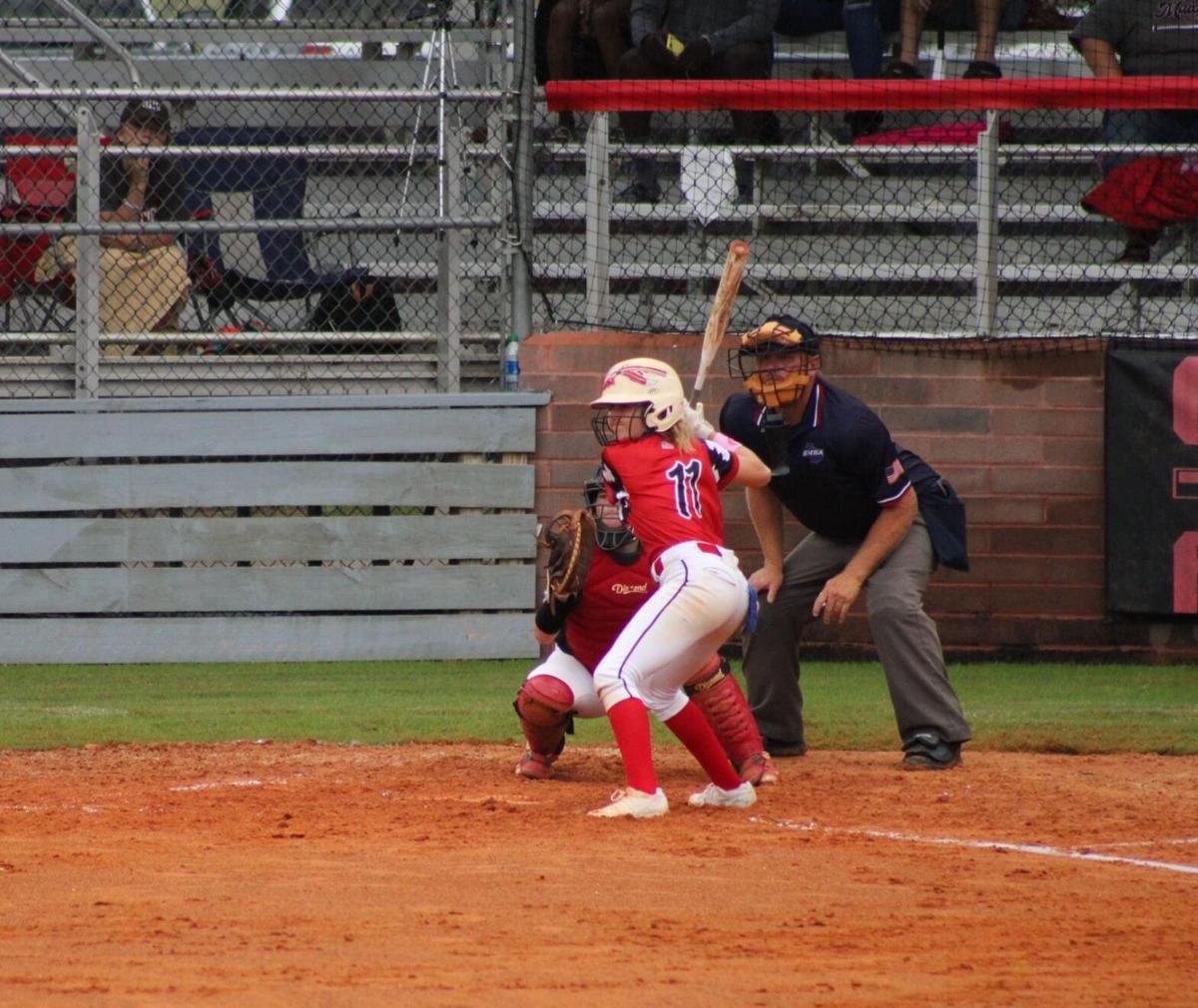 Sydney Pevey gets ready for the pitch. 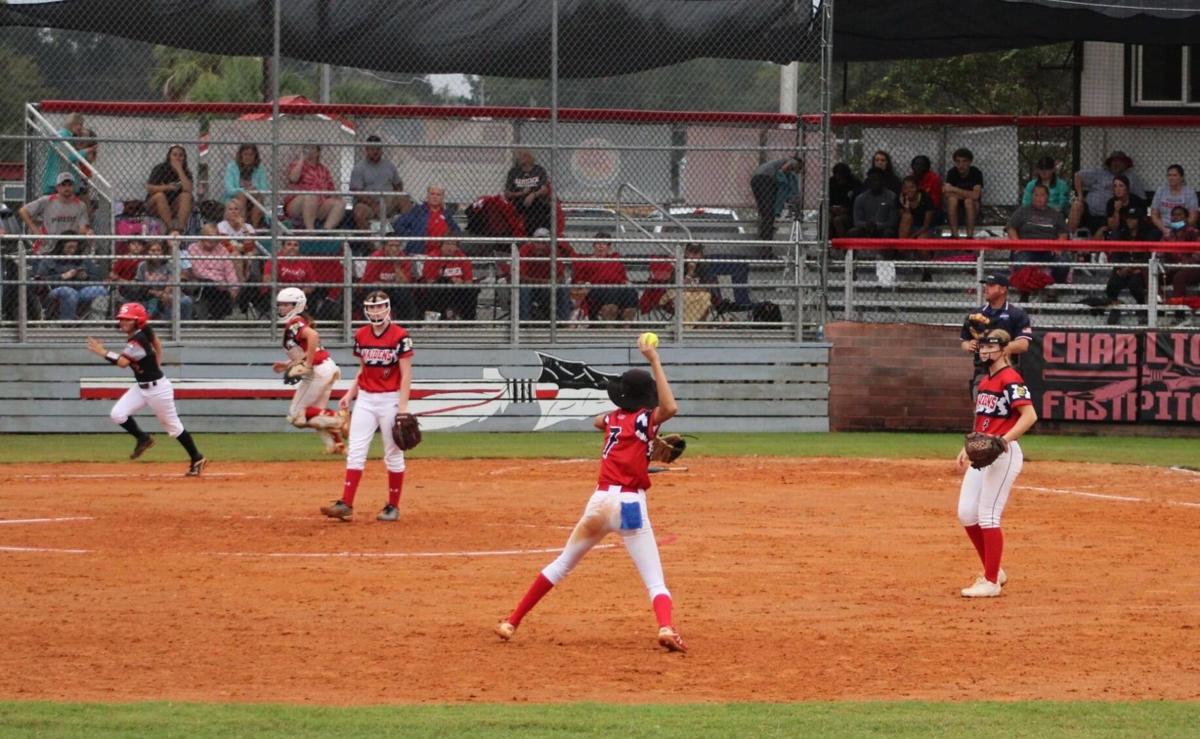 Maidens do work on defense. 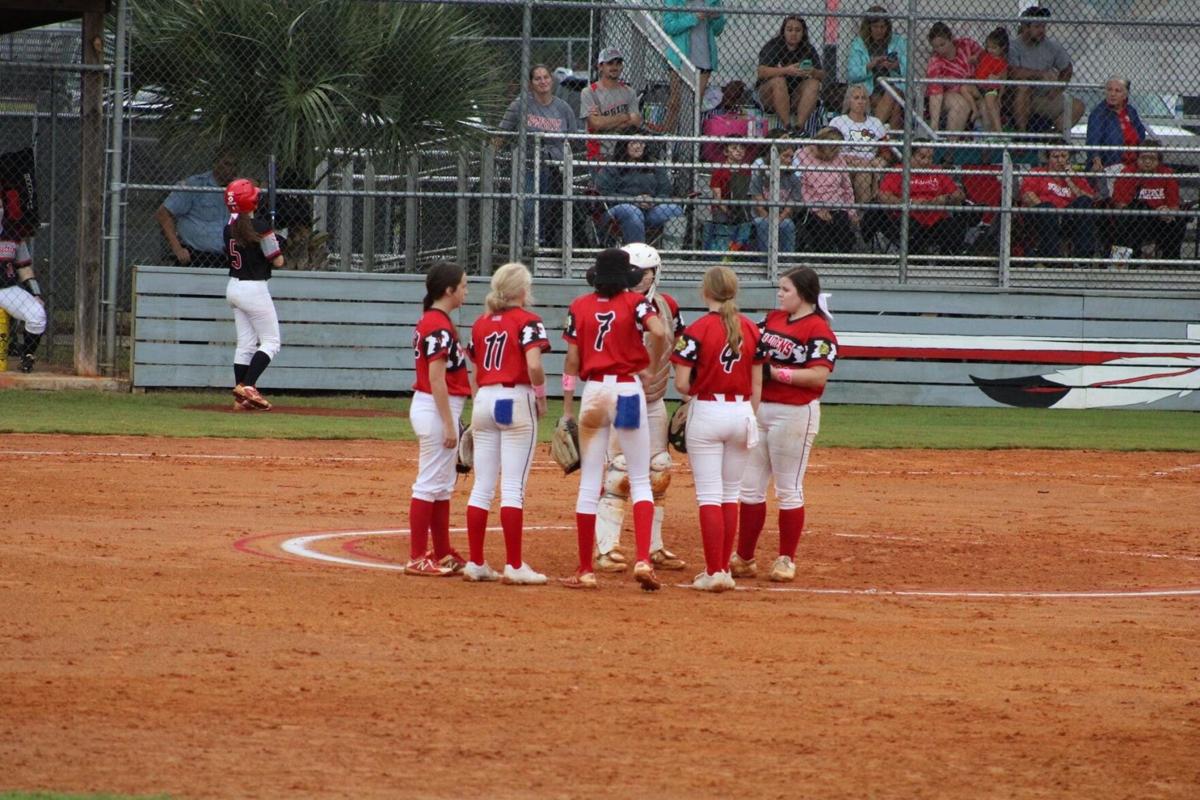 The team meets on the field. 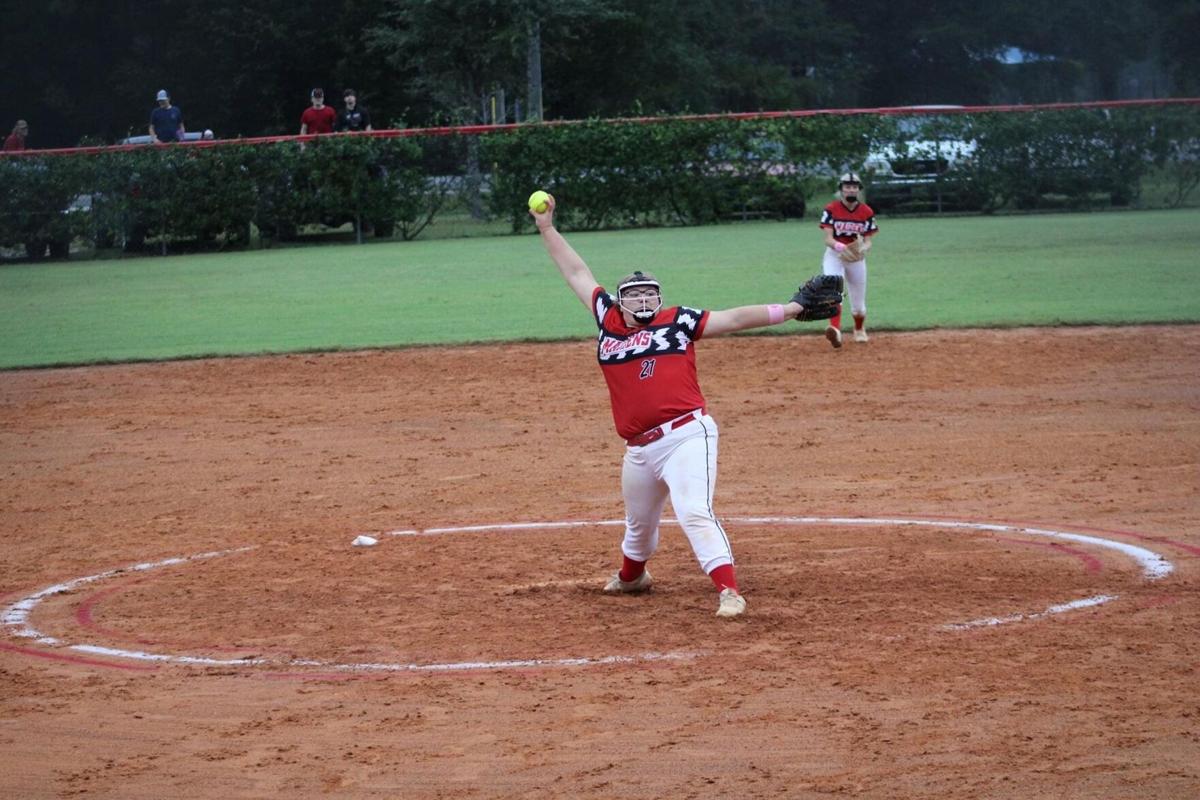 Charli Woolard works on the mound. 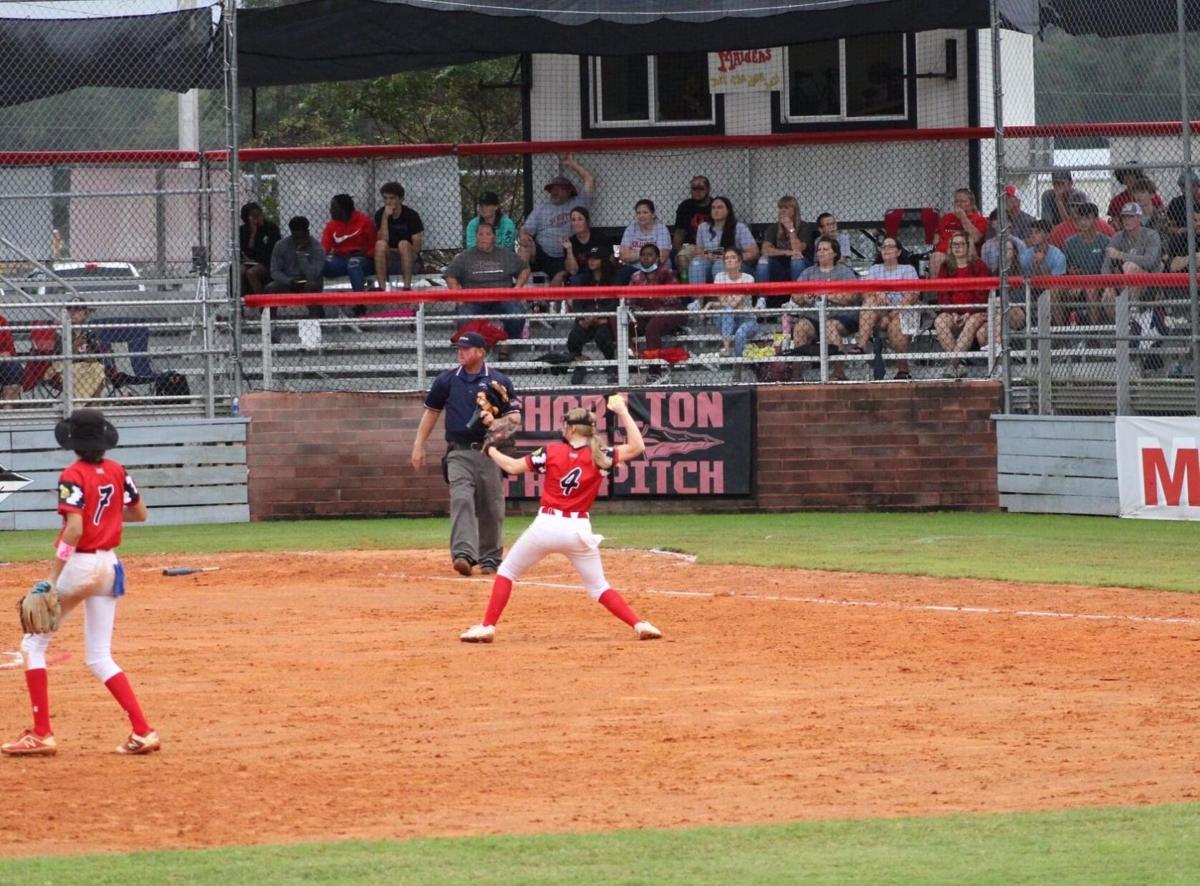 Sydney Pevey gets ready for the pitch.

Maidens do work on defense.

The team meets on the field.

Charli Woolard works on the mound.

The Charlton County Maidens softball team saw their season come to a close earlier than anticipated, after being eliminated from the GHSA State Playoffs by Screven County. Screven, a third seed from Region 3-A beat the Maidens, the number two seed from Region 2-A, 5-2, and 5-4 to end Charlton's season at 17-8.

Rain hampered the beginning of the opening game at Maidens Field and affected the Maidens pitching to start the game. Screven used three walks and two hits to jump out to a 3-0 lead in the top of the first.

Things would settle down after that and the score stayed that way until the bottom of the third inning. Abby Safford reached on an error and was sacrificed to second by Sydney Pevey. Safford would then steal third and come home on a sacrifice fly by Andrea Duke to cut the deficit to 3-1.

But the Maiden bats couldn't get anything else going and Screven added single runs in the sixth and seventh innings to take a 5-1 lead.

Charlton added their final run in the bottom of the seventh, when Safford blasted a solo home run over the center field fence to make the final 5-2.

Needing a win in the second game to keep their season alive, the Maidens jumped out to a 2-0 lead in the top of the first. Javonna Dykes led off with a walk and Emma Woolard reached on a fielder's choice. Tiffany Rivera reached on an error to load the bases. Safford drew a bases loaded walk and Duke was hit by a pitch forcing home another run.

Screven scored a single run in the bottom of the second to cut the Maidens lead to 2-1. It remained that way until the fourth inning, when Dykes doubled and Gabby Tillis reached on an error. Emma Woolard reached on yet another error that scored Dykes and Rivera added an RBI groundout to put Charlton ahead 4-1.

But Screven came back in the bottom of the fourth and tied the score. A two out error allowed Screven to score three unearned runs to knot things at 4-4.

The score would remain tied until the bottom of the sixth when another Maiden error led to Screven taking a 5-4 lead.

The Maidens would come up in the seventh inning needing a run to keep their season alive. But two quick outs were recorded and Safford brought the crowd to their feet when she hit a deep ball to center. But it wouldn't carry far enough and Screven caught the ball near the fence to end the game.

This would be the last game for seniors Tiffany Rivera, Brooke Spivey, and Andrea Duke. Despite the loss of those three, the Maidens will return a good nucleus to build on next season.