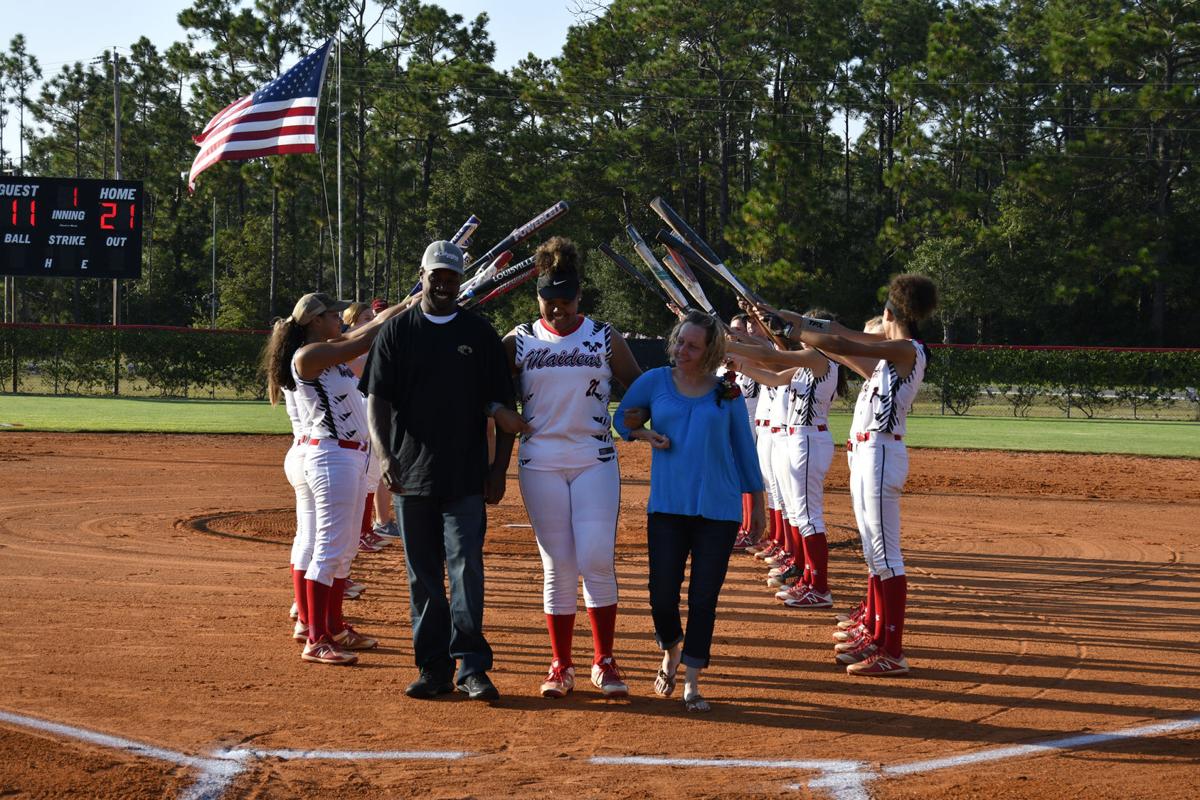 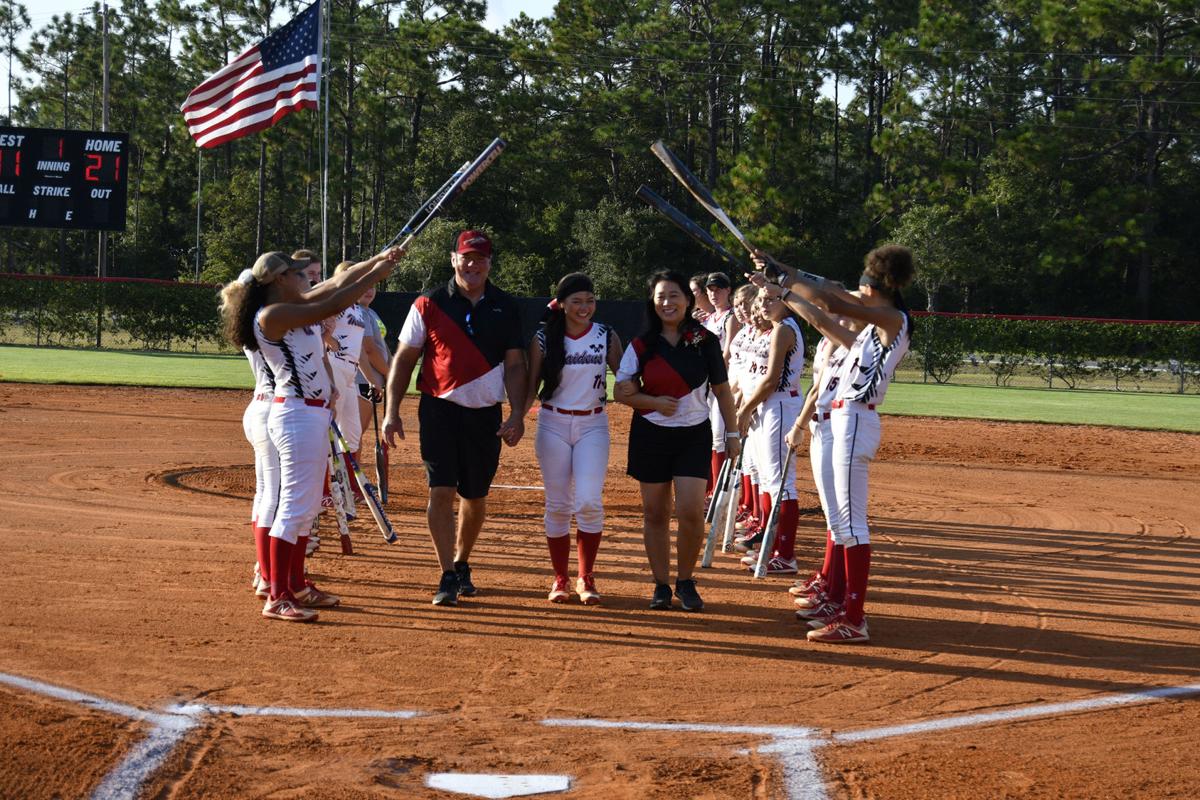 Samantha Baxter escorted by her parents . 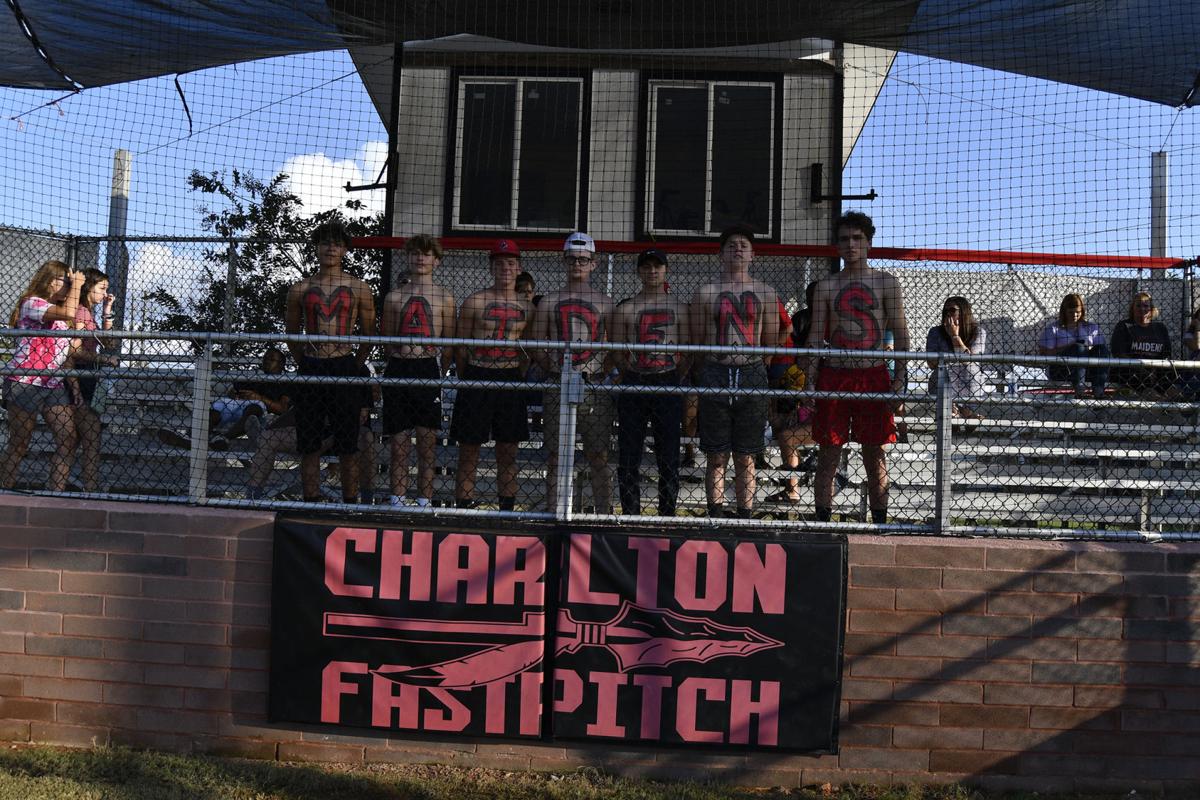 Maiden fans came out to support their team. 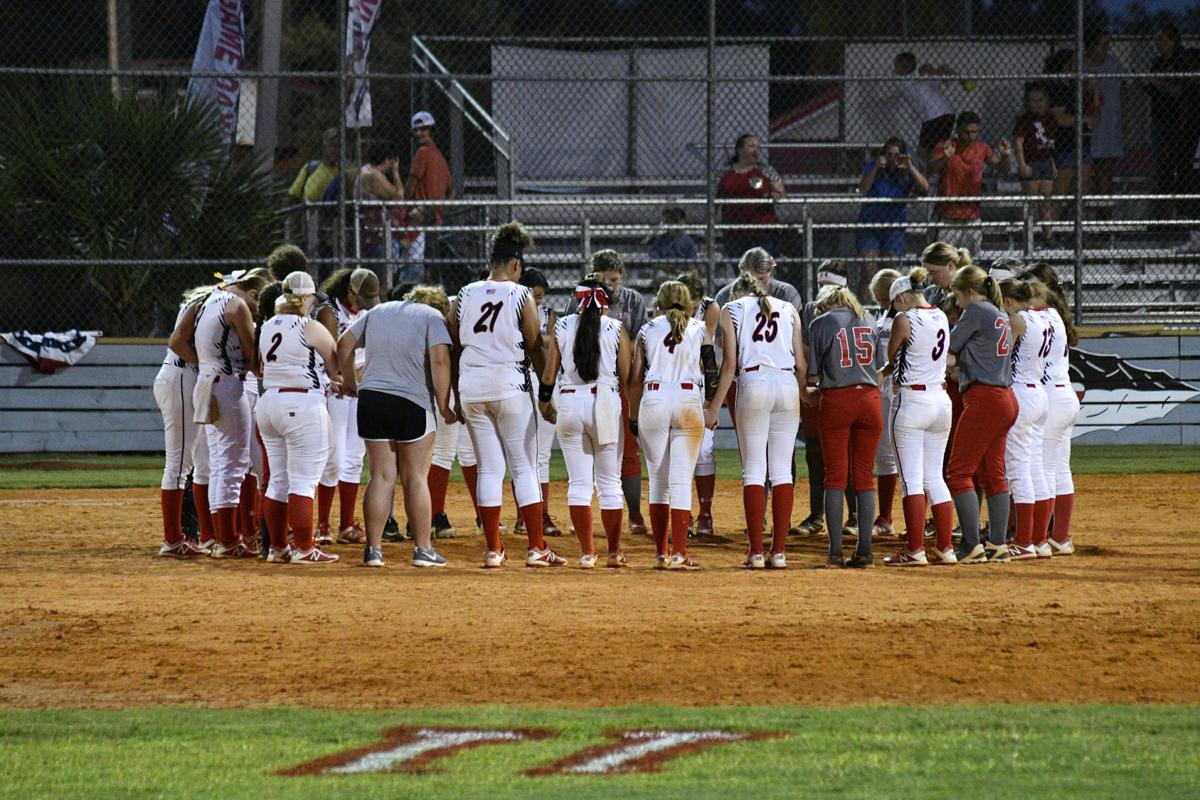 The maidens gather after the game for a prayer. 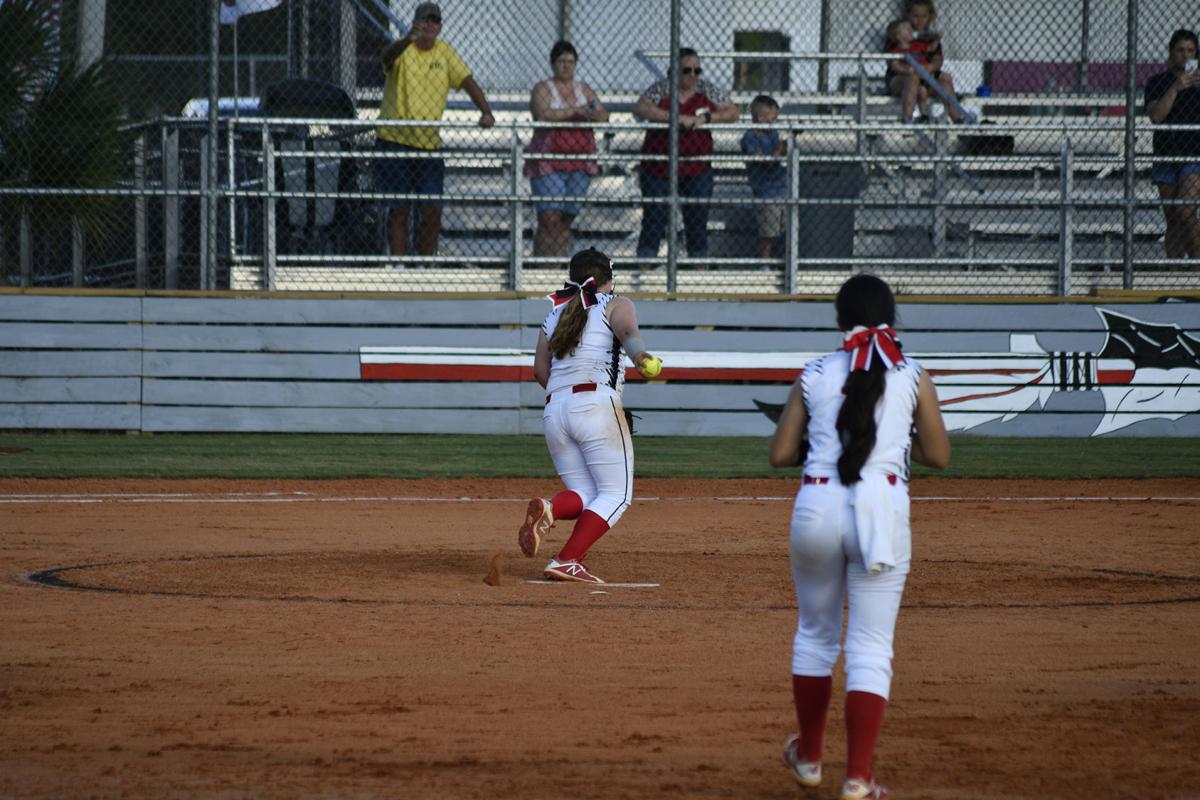 Emma Woolard with the win on Senior Night.

Samantha Baxter escorted by her parents .

Maiden fans came out to support their team.

The maidens gather after the game for a prayer.

Emma Woolard with the win on Senior Night.

On Monday, the Maidens faced off against region foe Wilcox County. The game was a pitcher’s duel with Charlton’s Emma Woolard taking top honors with a 3-0 shutout. The game was scoreless until the bottom of the fifth inning.

Kylee Varnes led off the inning with a single and stole second. Abby Safford laid down a sacrifice bunt to move Varnes over to third. Javonna Dykes followed with a ground ball that Wilcox misplayed allowing Varnes to score the game’s first run. A fielder’s choice by Samantha Baxter forced out Dykes at second before Woolard helped her cause with a single and another Wilcox error sent Baxter across the plate. Tiffany Rivera then lined a double to left, scoring the third run of the inning.

Woolard would then retire the final six batters of the game to pick up the win. In her seven innings of work she allowed just four hits and struck out four batters. She also led at the plate with two hits, along with Gabby Tillis.

With no time to rest, the Maidens were back on the field Tuesday against Atkinson County. Charlton received another great pitching performance as Woolard and Emilee Zetmeir combined for the second-straight shutout by a 5-0 score.

Charlton got on the board in the second inning when Tillis singled and moved to second on an error. She would steal third and come home on a ground out by Brooke Spivey for a 1-0 lead.

The lead would grow to 2-0 in the third inning when Baxter singled, advanced to second on a passed ball, stole third and came home on another passed ball.

Charlton created some breathing room in the fifth inning. Safford led off with a single, stole second and third before scoring on a single by Baxter. Baxter stole second and advanced to third on a wild pitch and scored on a sacrifice fly by Jalees Murphy for a 4-0 lead.

The Maidens would score their final run in the sixth when Spivey singled and scored on a triple by Varnes.

With the region schedule completed, the Maidens would finish up the year against two larger school opponents. On Wednesday, Glynn Academy visited Maidens Field and would score the first run of the week against the Maidens in the top of the first inning.

Charlton took the lead in the second inning on an RBI single by Murphy and an RBI ground out by Dykes to go up, 2-1. After the Lady Terrors tied the score in the top of the third, Charlton would answer back to retake the lead.

Woolard would reach on an error and courtesy runner Noel Crosby stole second and third before coming home on another Glynn error, giving them a 3-2 lead.

Glynn would go ahead in the fifth inning by scoring three runs and took a 5-3 lead. The Maidens got within one run in the bottom of the fifth when Baxter singled, stole second, and came home on a single by Woolard.

Glynn increased their lead to 9-4 in the top of the seventh inning and the Maidens tried to rally in their final at-bat.

Tillis would drive in Crosby and Spivey’s double drove in another run but that would be all they would get as Glynn took a 9-6 win.

Baxter, Woolard, and Murphy each had two hits to lead the Maidens.

The final game of the regular season was Thursday when Brunswick came to town. Charlton jumped out to a 2-0 lead in the first inning. Dykes and Woolard both walked and after a double steal Dykes scored on a wild pitch. Tillis followed with an RBI single to give Charlton the early lead.

Brunswick bounced back and tied the score in the second inning and the score remained 2-2 until the bottom of the fourth. Safford drove home Spivey with a sacrifice bunt. Dykes singled and scored when Baxter followed with a triple for a 4-2 lead.

Charlton added two more runs in the sixth inning when Safford’s bunt was misplayed allowing Varnes to score. Safford would go to second on a wild pitch and then steal third before coming home on a sacrifice fly by Baxter and give the Maidens a 6-2 in their finale.

Tillis and Varnes both had two hits while Safford and Baxter both drove in two runs. On the mound, Woolard struck out seven batters in the complete game effort.