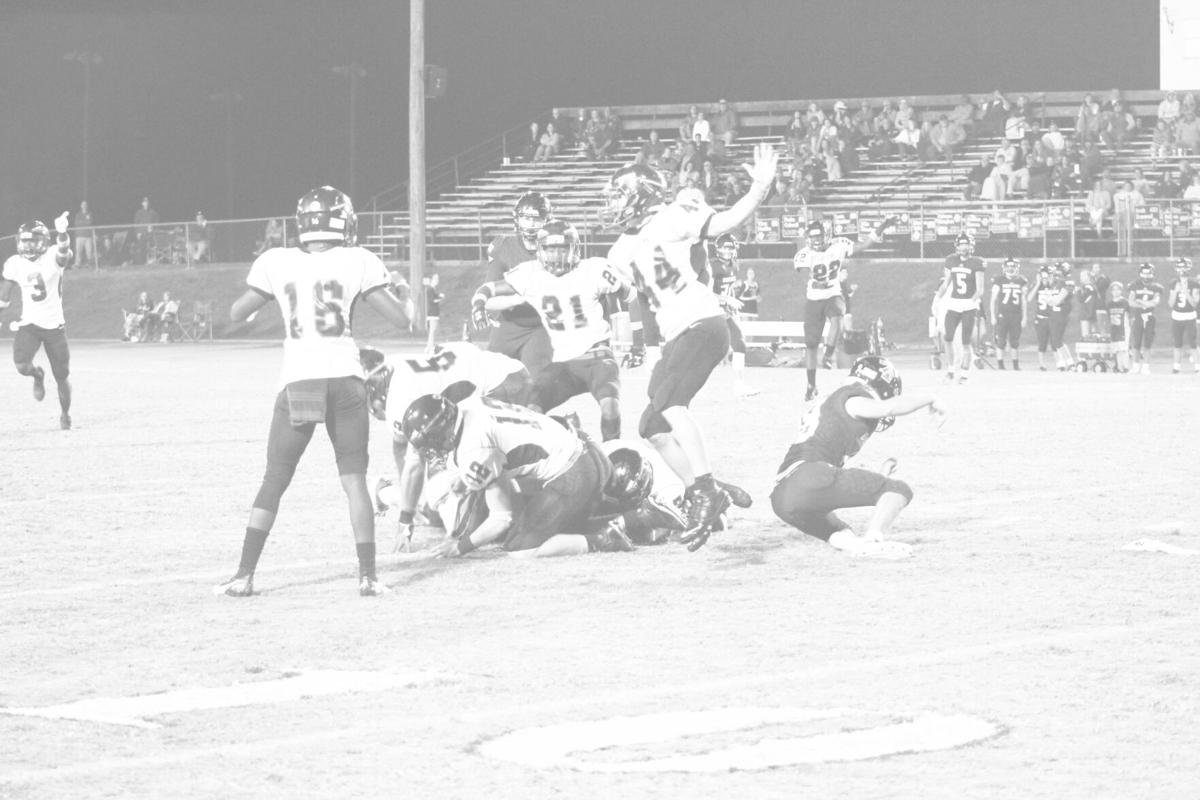 The Indians recover the fumble. 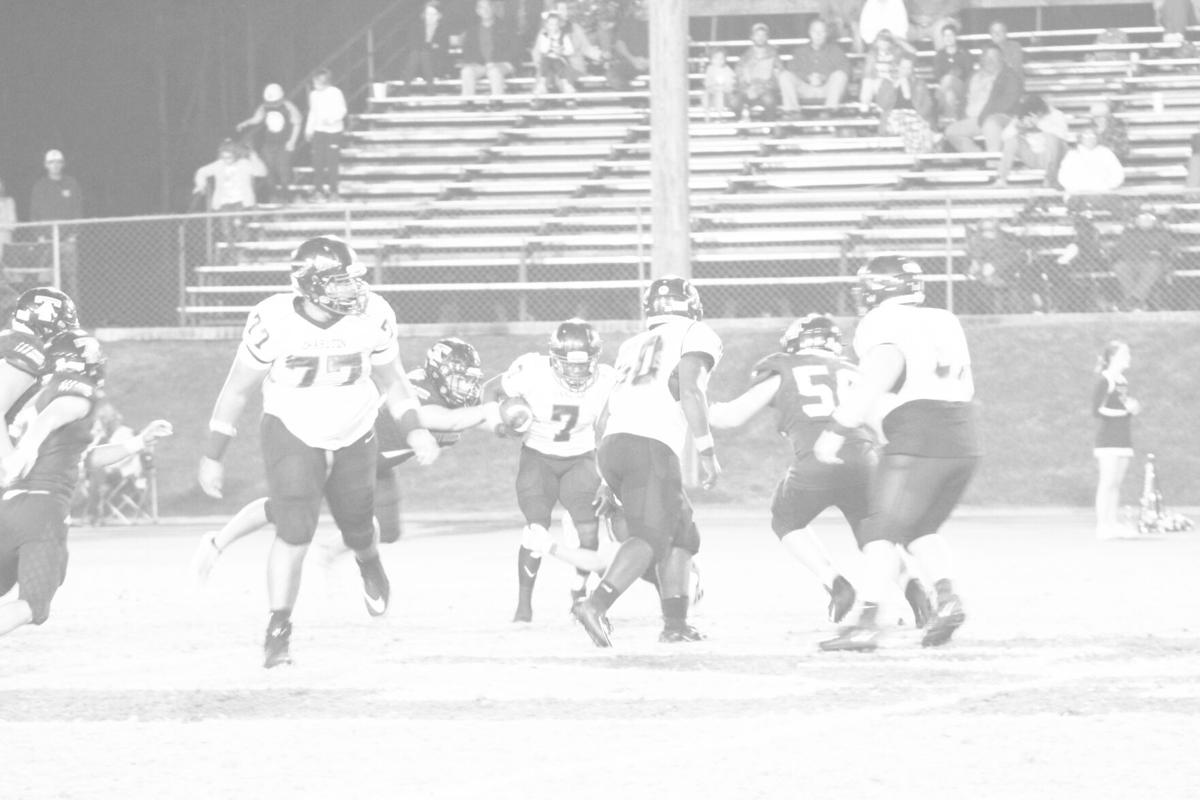 Tony Cobb takes the ball down the field. 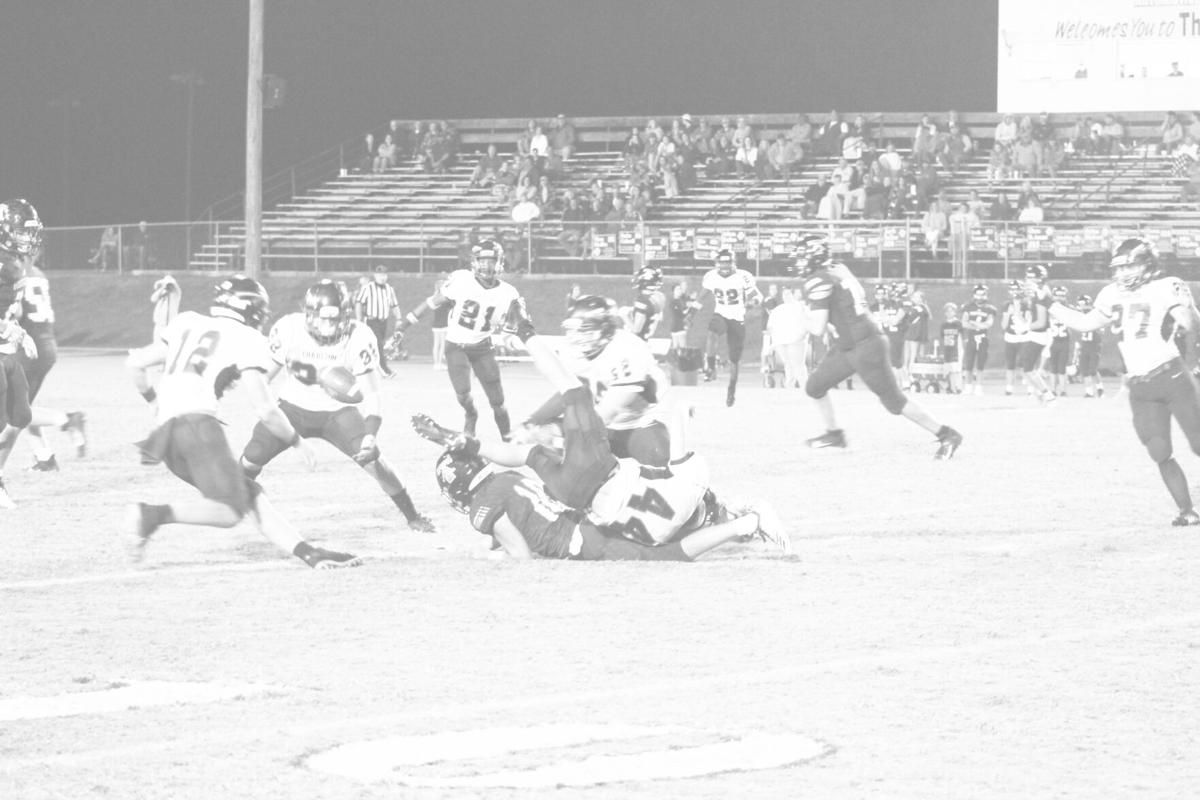 The Tribe watches the ball. 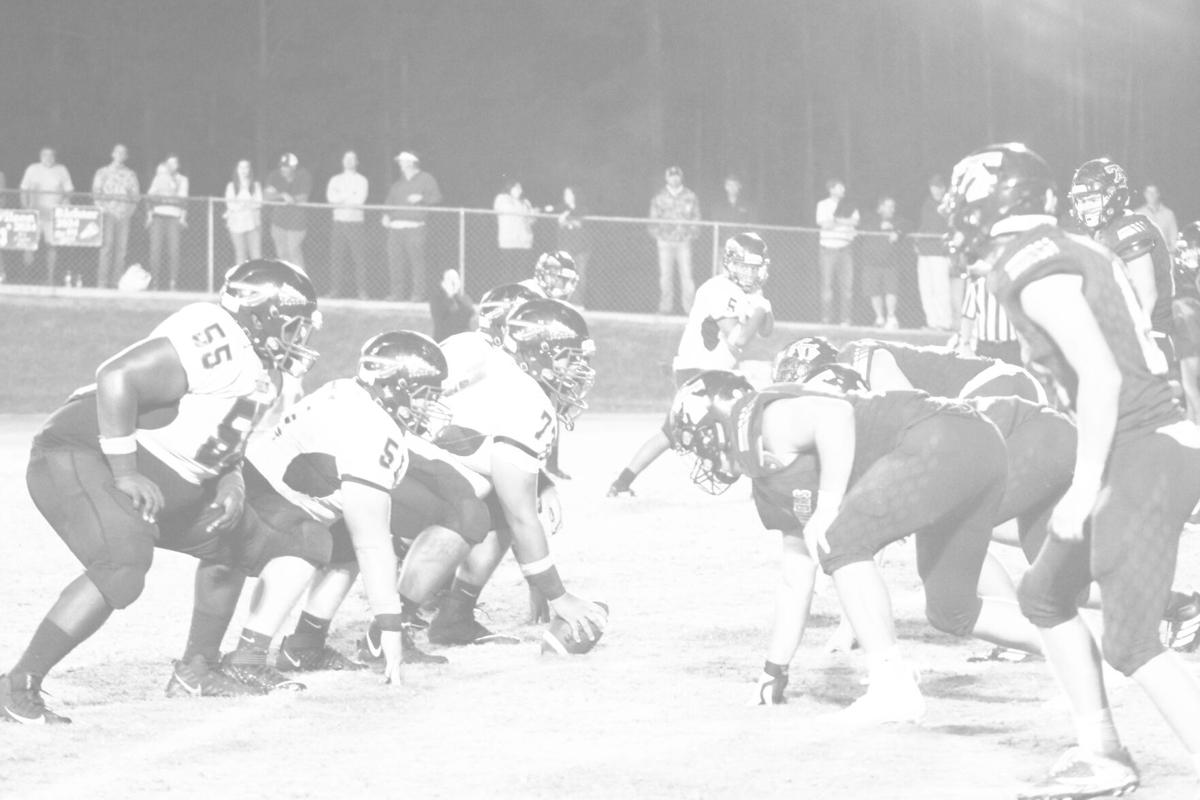 The boys go head to head. 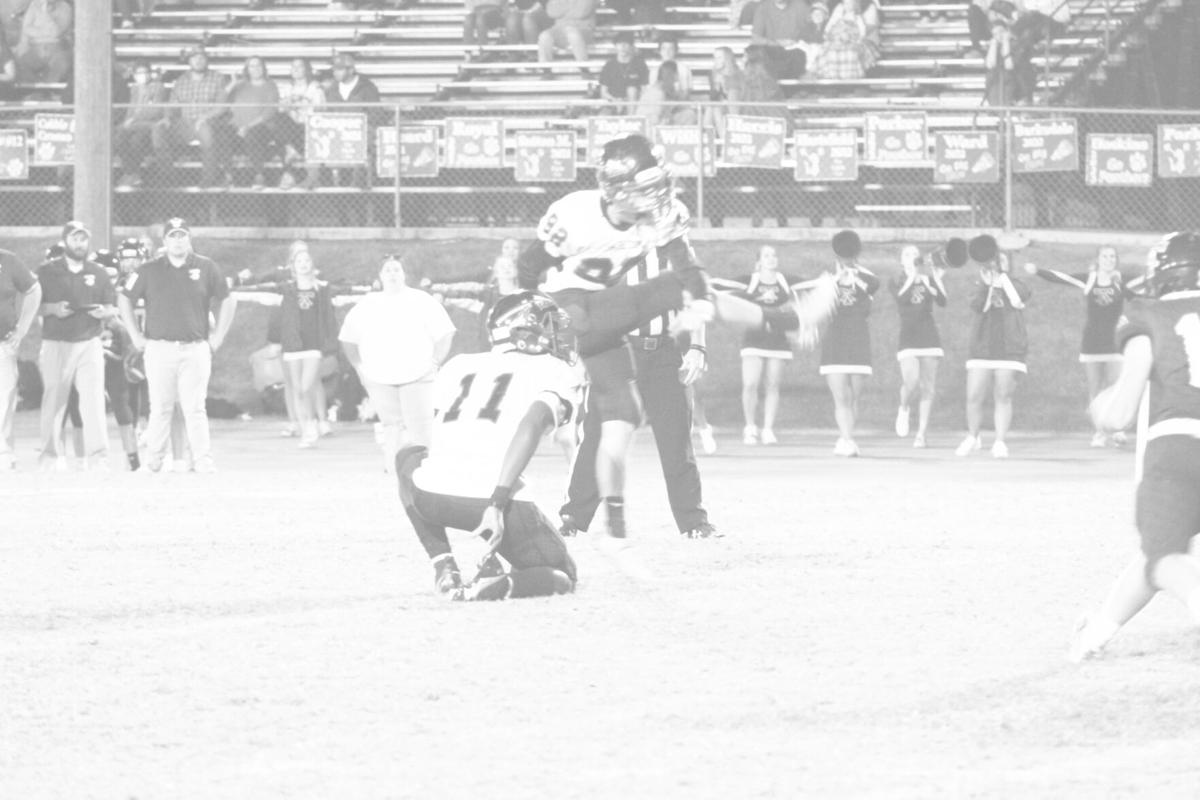 The indians punt the ball down the field.

The Indians recover the fumble.

Tony Cobb takes the ball down the field.

The Tribe watches the ball.

The boys go head to head.

The indians punt the ball down the field.

Tiftarea Academy kicked a 37 yard field goal on the last play of the game to send the Charlton County Indians home with a heartbreaking defeat last Friday night in Chula. The loss evens the Indians' record at 2-2 and they will begin region play this Friday night in Homerville against Clinch County.

The Panthers received the opening kickoff and returned it out to the 35 yard line. After picking up a first down Tiftarea broke free for a 34 yard run to the Indian 11 yard line. Four plays later the Panthers would score on a one yard run and the PAT kick gave them a 7-0 lead with 8:42 left in the opening quarter.

The Tribe would fall on the kickoff at their own 45 to begin their first series. Tony Cobb raced for 15 yards and a face mask penalty pushed the ball all the way down to the 25.  Cobb picked up five more yards before Jaylen King hit Kyler Williams for 11 yards setting up a first and goal from the nine yard line. But the drive would stall and the Tribe turned the ball over on downs.

Charlton forced a three and out and Jamari Hamilton returned the punt back to the 20 putting Charlton in great field position again. The Tribe would lose two yards, but got bailed out on fourth down with a pass interference penalty to the 11. A five yard run by Cobb and a five yard reception by Tristan Herring put the ball on the one yard line. But Charlton would shoot themselves in the foot with back to back illegal procedure penalties. But this time the Indians were able to overcome the penalties as Cobb raced through the Panther defense from 12 yards out on a fourth down. Wyatt Crews tied the score with his PAT kick with 1:11 left in the first quarter.

Tiftarea would return the kickoff to the 45 and put together a ten play drive and faced a third and goal from the seven yard line. But pressure on the quarterback led to Dairion Jones intercepting a pass in the end zone to stop the drive.

But the Indians couldn't move the ball and after punting the ball Tiftarea took over  from their own 31. This time the Panthers gashed the Indian defense going 69 yards on just four plays and scored on a 17 yard run with 2:34 left in the half. The PAT was good and Charlton trailed 14-7, which would be the score as the teams headed into the break.

To start the second half, Hamilton ran the kickoff back 67 yards to the Panther 18 setting the Tribe up right out of the gate. But the Indians wouldn't make it easy as they committed a holding penalty and faced a second down and 16 from the 24. King hit Kyler Williams for eight yards before Cobb scored his second touchdown on a 16 yard run. Crews' PAT knotted the score at 14-14 just two minutes into the second half.

Neither team threatened on their next possession, but following a Charlton punt the Panthers took over from their own 21. Using six runs, two passes, and a late hit penalty by the Tribe the Panthers marched the ball to the 19 yard line from which they would run it in from at the 3:21 mark of the third quarter. The PAT kick gave Tiftarea a 21-14 advantage.

The teams would trade punts before the Indians marched down to the Panther 27, but turned the ball over on downs with 8:25 left in the game.

With time not on their side the Indian defense would need to step up and that they did. On the Panthers second play a low snap was fumbled by the Panther quarterback and after a scramble Craig Carlisle came out of the pile with the ball at the 15 yard line.

King passed to Williams for seven yards before Cobb ran for four more setting up a first and goal from the four. Two plays later Cobb ran it in for his third touchdown of the night. Crews came through with the PAT kick to tie the score at 21-21 with 6:40 remaining.

Tiftarea would start from their own 35 and six running plays and an Indian offside peanlty set up a second and nine from the Indian 38. A play action fake caught the Indians napping and the pass resulted in a 23 yard gain to the 15 yard line. With time ticking away the Tribe knocked the Panthers back to the 20 setting up a fourth down with just five seconds left. After timeouts from both sides, the Panther kicker had just enough leg to get the ball over the crossbar for a game winning 37 yard field goal as time expired.

Cobb led the Charlton offense with 65 yards on the ground and all three Indian touchdowns, while Kyler Williams caught five passes for 37 yards. Jaylen Lilley led the defense with 9.5 tackles, while Nathan Johnson recorded 7.5 stops. Carlisle and Jones each created turnovers while Najee Smith had a quarterback sack.