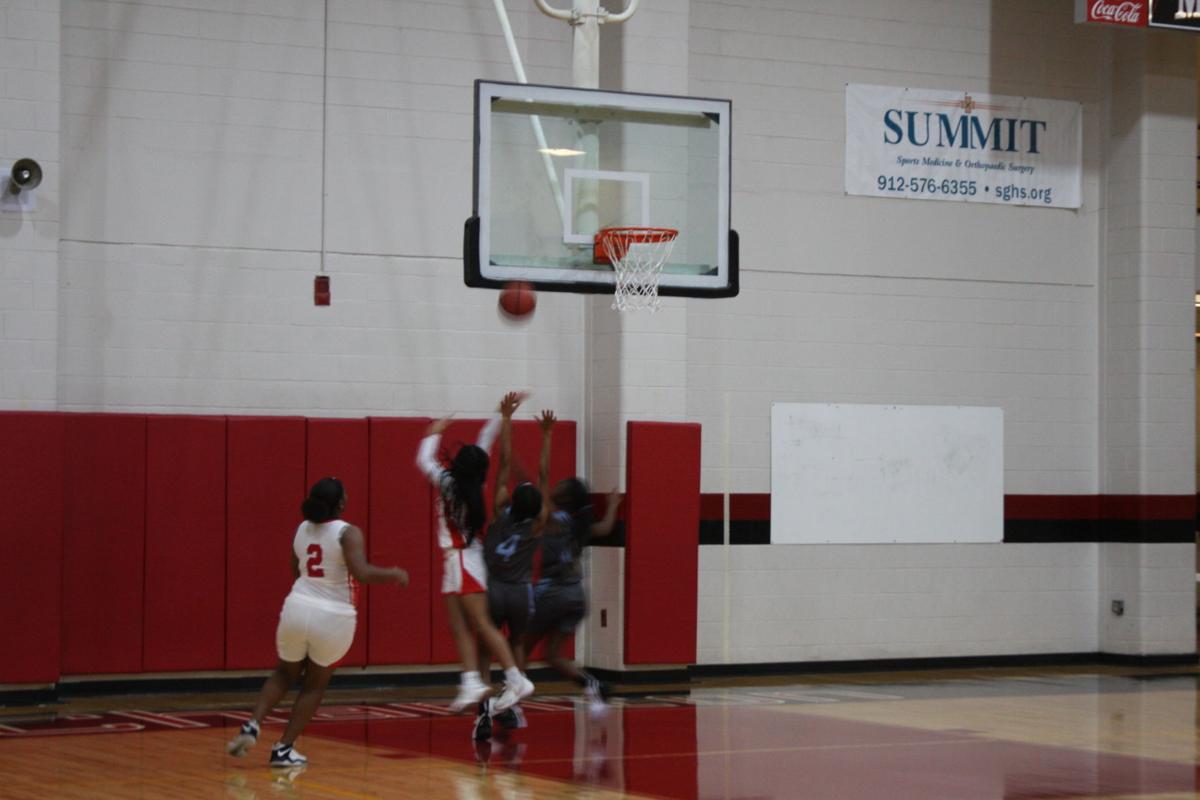 CCHS Maidens battle for the ball. 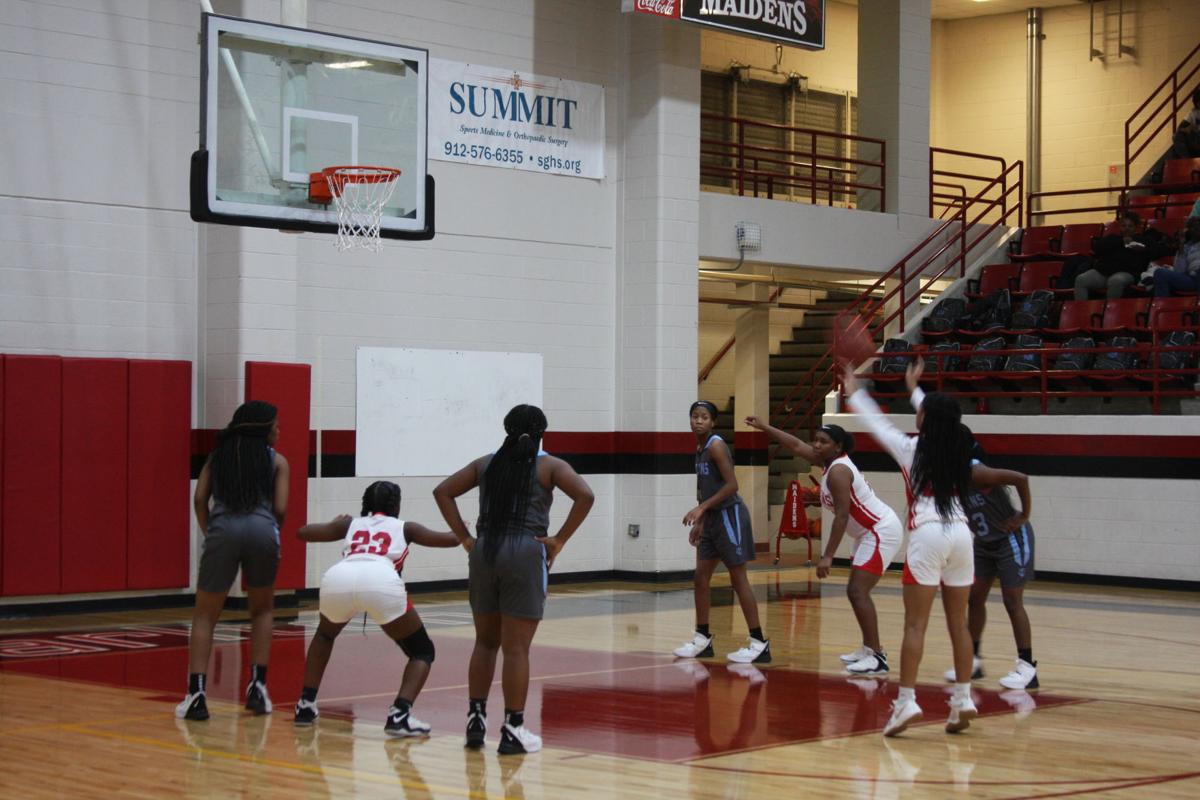 The Maidens line for a free throw. 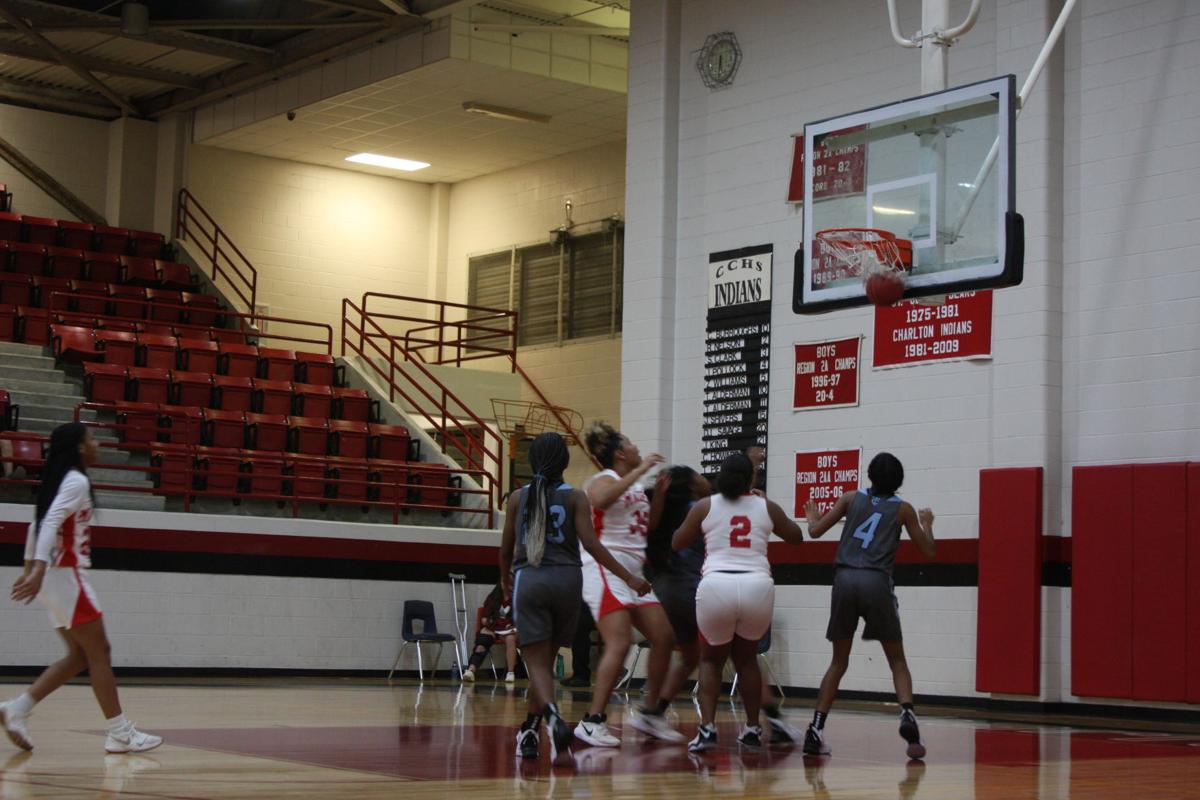 The ball flies through the basket. 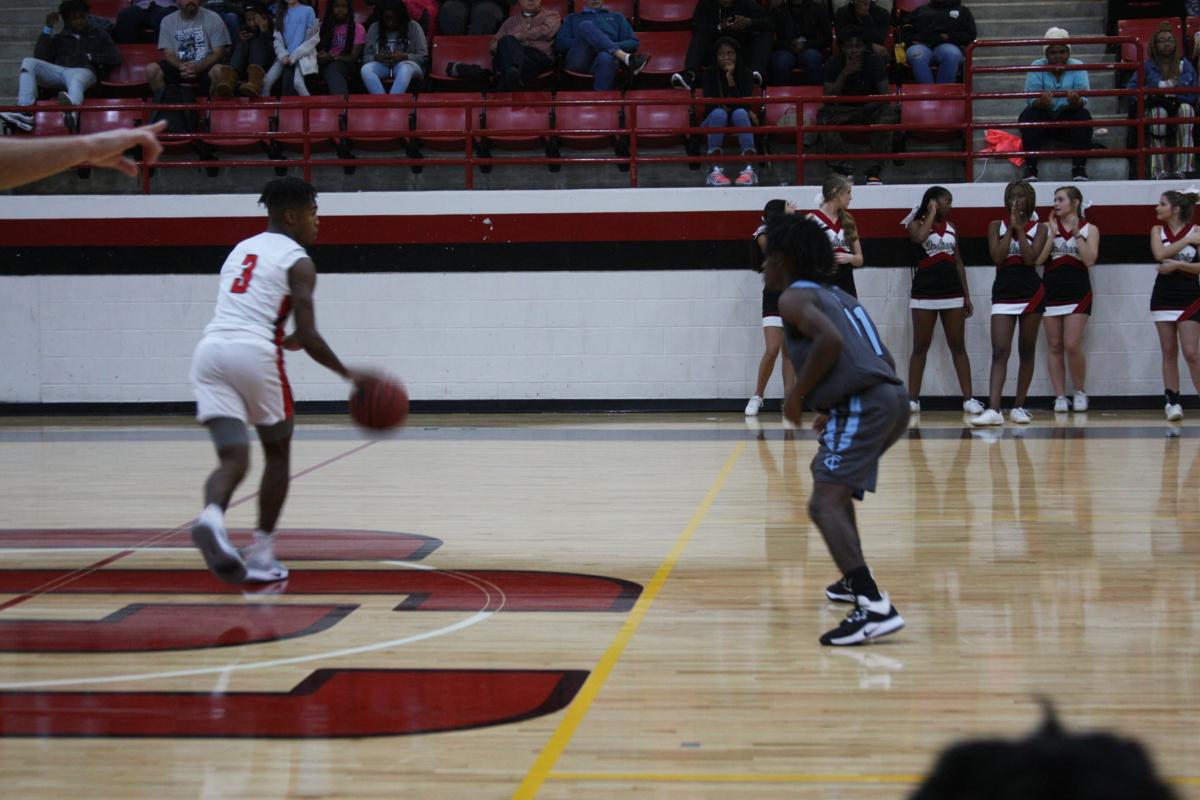 Seaquon Clark goes up against a Telfair player. 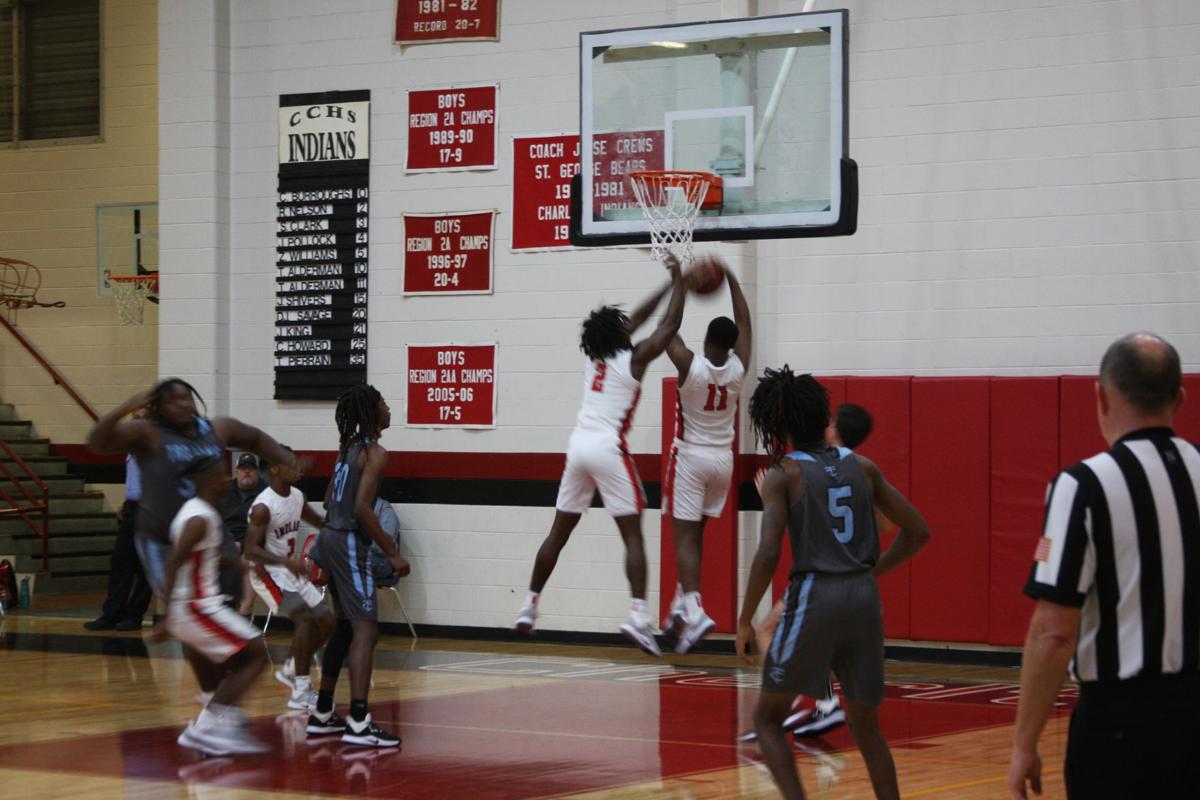 Ty Alderman goes up for the shot with Nelson to assist. 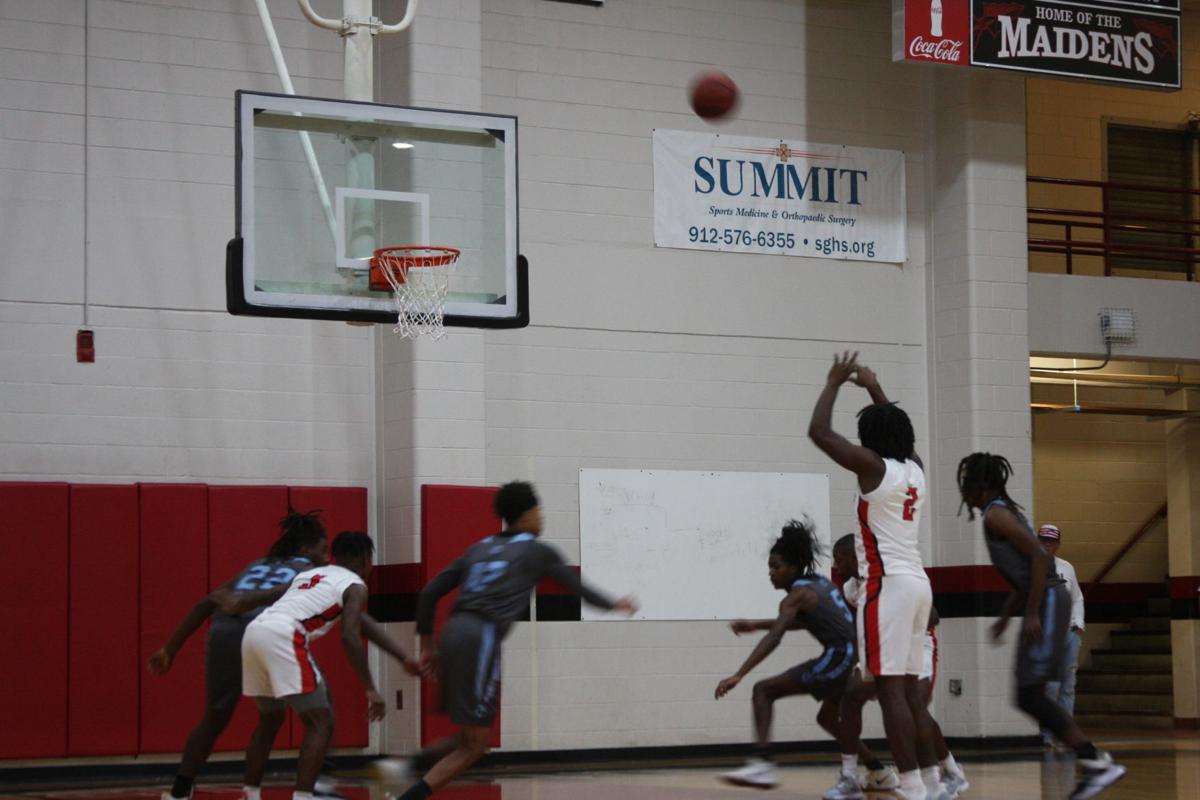 Telfair gets ready after a free throw by Randy Nelson.

CCHS Maidens battle for the ball.

The Maidens line for a free throw.

The ball flies through the basket.

Seaquon Clark goes up against a Telfair player.

Ty Alderman goes up for the shot with Nelson to assist.

Telfair gets ready after a free throw by Randy Nelson.

The Charlton County basketball teams were back in action last week after the Thanksgiving break with the Tribe splitting a pair of games while the Maidens fell short in both of their contests.

Last Friday the Indians were on the road against Pierce and the Bears proved to be too much on this night. The Tribe would get 13 points from Seaquan Clark and 10 points from Jaheim Pollock, but Pierce would prevail, 64-47. Zuryan Williams added eight points, while Ty Alderman chipped in six points for the Tribe.

On Saturday, in their home opener, the Tribe put on a show for the home crowd. The Indians jumped out to a 14-3 advantage after the first quarter and never looked back. They kept increasing the lead as it grew to 50-18 after three quarters. Backups played the majority of the fourth quarter as the Indians would prevail by a 58-25 score to improve to 3-1 on the season. Clark led the way with 19 points, while Curtis Burroughs followed with 14 points. Troy Alderman just missed out on double figures with eight points.

The Maidens started out well against Pierce County, trailing by just four points after the initial period, but a 21-4 run in the second quarter proved to be the difference as the Lady Bears pulled away and won by a 69-29 score. Sadie Brown led Charlton with seven points while Shadiamond Green and Jalees Murphy both scored six points.

The Telfair game was a back and forth tilt that could not be decided in regulation. Trailing by one at the half, the Maidens bounced back to take a 25-23 lead heading into the fourth quarter. They would still hold that two-point advantage until the final seconds when Telfair tied the score to send the game into overtime. In the extra period, the Lady Trojans would outscore the Maidens, 12-5, to claim a 47-40 win. The loss dropped the Maidens to 1-3 on the season. Green again led the Maidens with 15 points while Makayla Garard added ten.

Both teams were in action at home Tuesday night against Atkinson County and will travel across the river Friday night to play Hilliard before returning home Saturday to face Appling County.