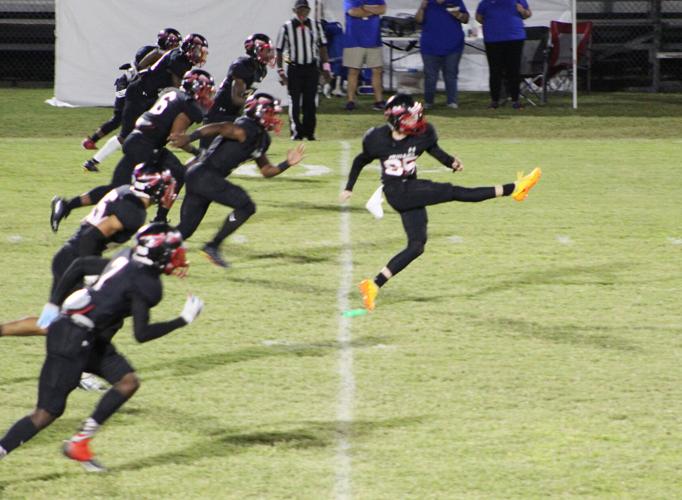 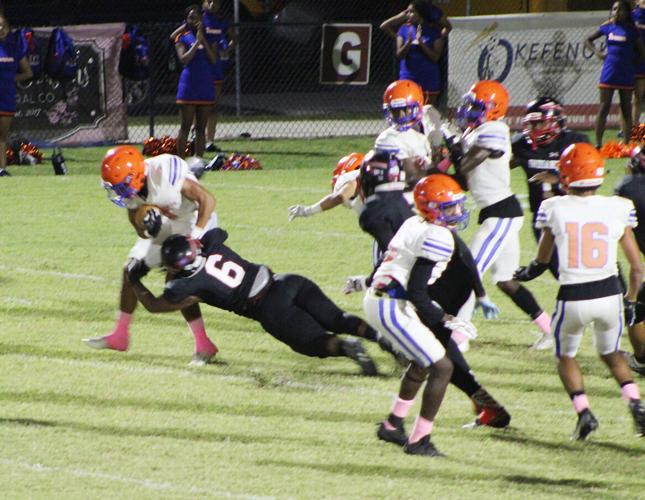 The Charlton County Indians got great efforts from both the offense and defense in picking up a 35-0 win over Turner County in their first Region 2-A contest. At halftime, Nyla Nixon was crowned Homecoming Queen.

The Tribe received the opening kickoff, but couldn't move the ball and punted to Turner. The Titans took over and advanced the ball from their own 21 down to the Indians’ 25. But on third down, Jaylen Lilley's sack pushed them backwards and they would turn the ball over on downs.

After an exchange of punts, the Indians would take over just inside their own 20. Lilley broke free for 18 yards and a late hit added 15 more yards out close to midfield. Quarterback Jaylen King connected with Demorrion Martin for 15 yards before Kyler Williams ran for 16 more on a reverse. After a holding penalty pushed the Tribe backwards, King ran for six before hitting Williams for 11 more to the 15. Turner gave the Indians a first down by being offsides and on first and goal from the 10 Lilley burst threw the line and into the end zone. A trick play on the PAT was sniffed out and the Tribe led 6-0 with 10:50 left in the half.

Turner took the kickoff and moved into Indian territory down to the 19 yard line. But on fourth and one, the Indian defense stuffed the Titan runner short of a first down.

Backed up deep, the Tribe got a 35 yard pass from King to Lilley to get out of the hole and two plays later it would be Lilley taking the handoff and racing 47 yards to paydirt. Garrett Stevenson added the PAT and the lead was 13-0 with 5:44 left before halftime.

The Titans would once again drive down deep in Indian territory to the 19, but a block in the back ended the hopes of the drive and Turner turned it over on downs again.

Both teams had one more possession but neither threatened as the Tribe went into the break with the 13-0 advantage.

Turner received the second half kickoff and after a pass completion the receiver fumbled and James Lovett fell on the loose ball giving Charlton possession at the Titan 46. Behind the legs of Lilley and King the Tribe picked up one first down, but were facing a fourth and five from the 30 when Kyler Williams made an incredible catch on the Indian sideline to keep the drive alive. From there Lilley carried three times down to the one where Nathan Hamlette pushed it across for the score. King then hit Elyiss Williams for the two-point conversion and the Indian lead was 21-0 at the 5:11 mark of the third quarter.

Charlton would put the game away in the fourth quarter. Charlton drove from their own 32 down to the Titans 39. On third and six Lilley would shoot through the line and outrace the Turner defenders to the end zone for his third touchdown of the night. Stevenson's PAT made the score 28-0.

On Turner's next possession their quarterback fumbled and Elyiss Williams scooped up the ball raced about five yards and before he was about to be tackled lateraled the ball to C.J. Lovett who then raced the remainder of the way to the end zone. Stevenson's PAT kick was good and with 5:19 left in the game the Tribe now led 35-0.

Turner would punt on their next possession and the Indians ran out the remainder of the clock to improve to 4-2 on the year and more importantly 1-0 in Region 2-A play.

Lilley led the Indian offense with 191 rushing yards on twenty carries scoring three touchdowns. King was 9-13 passing for eighty one yards with Kyler Williams catching five passes while Lilley and Martin both caught a pair.

Charlton will be on the road this Friday when they travel to Pearson for another Region 2-A contest against Atkinson County.