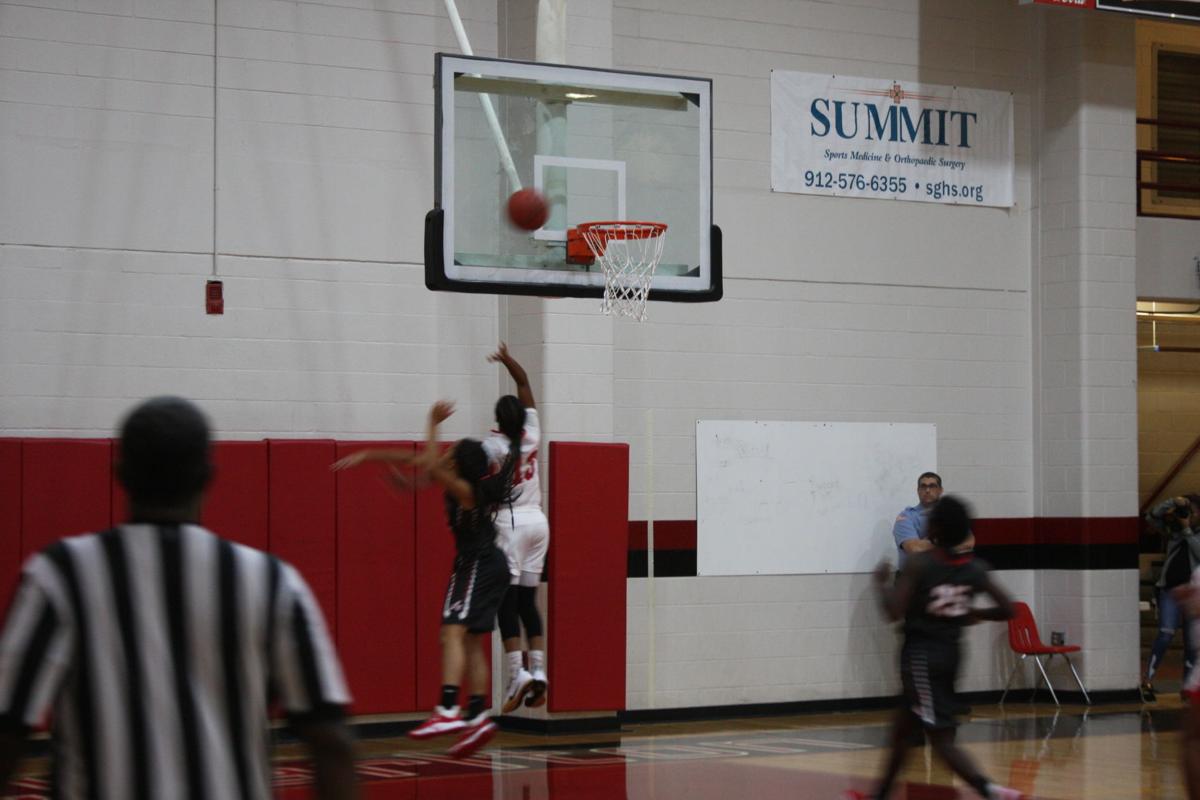 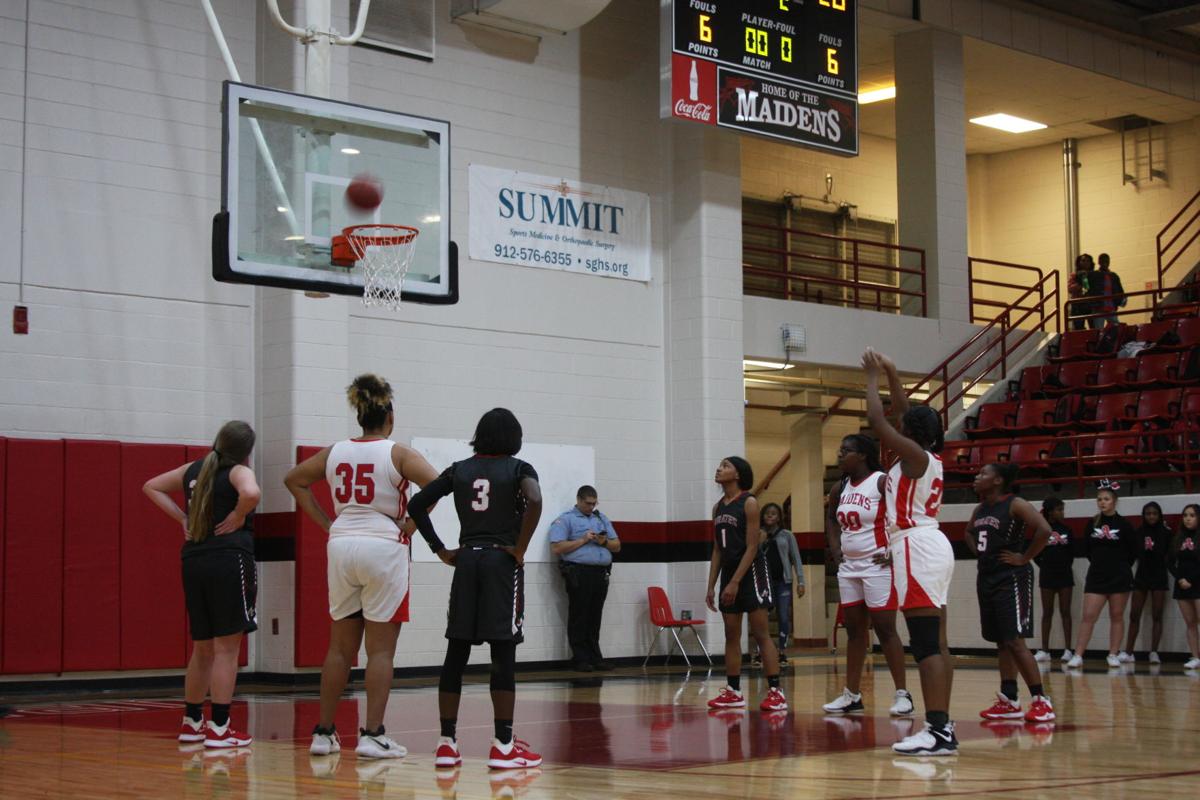 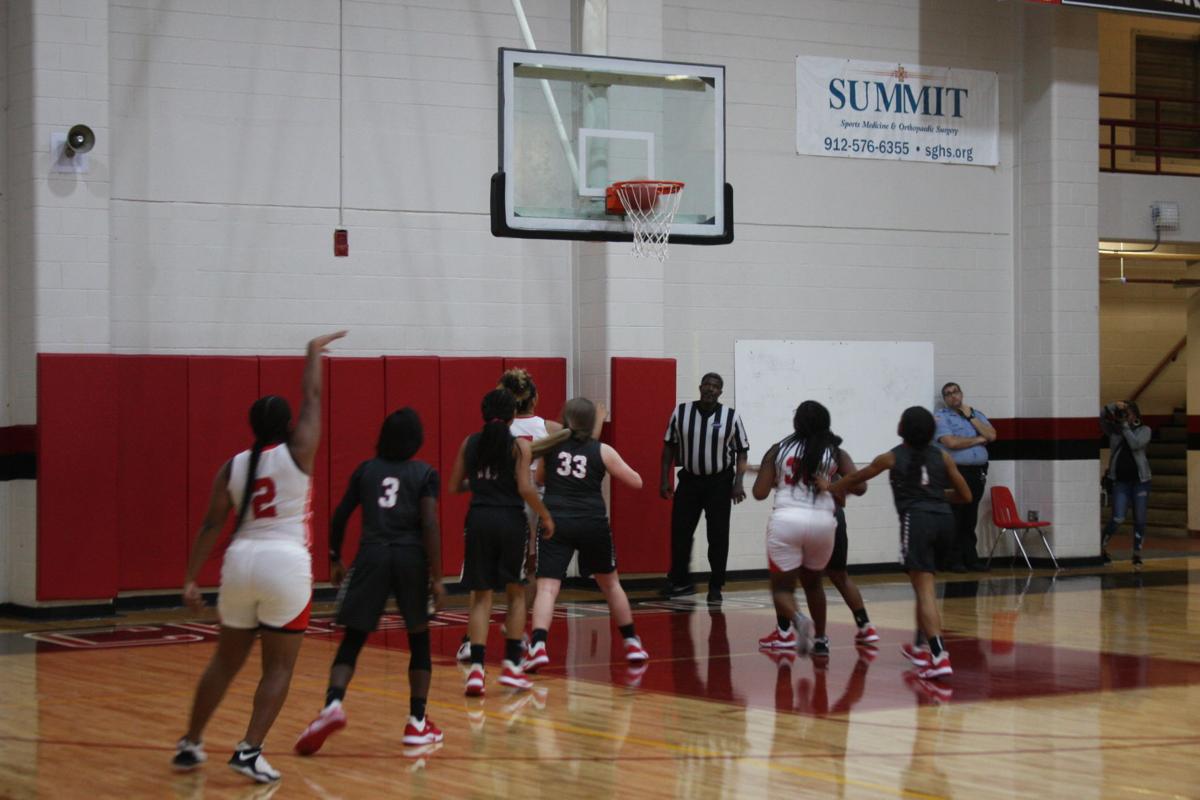 The Maidens go on the defense. 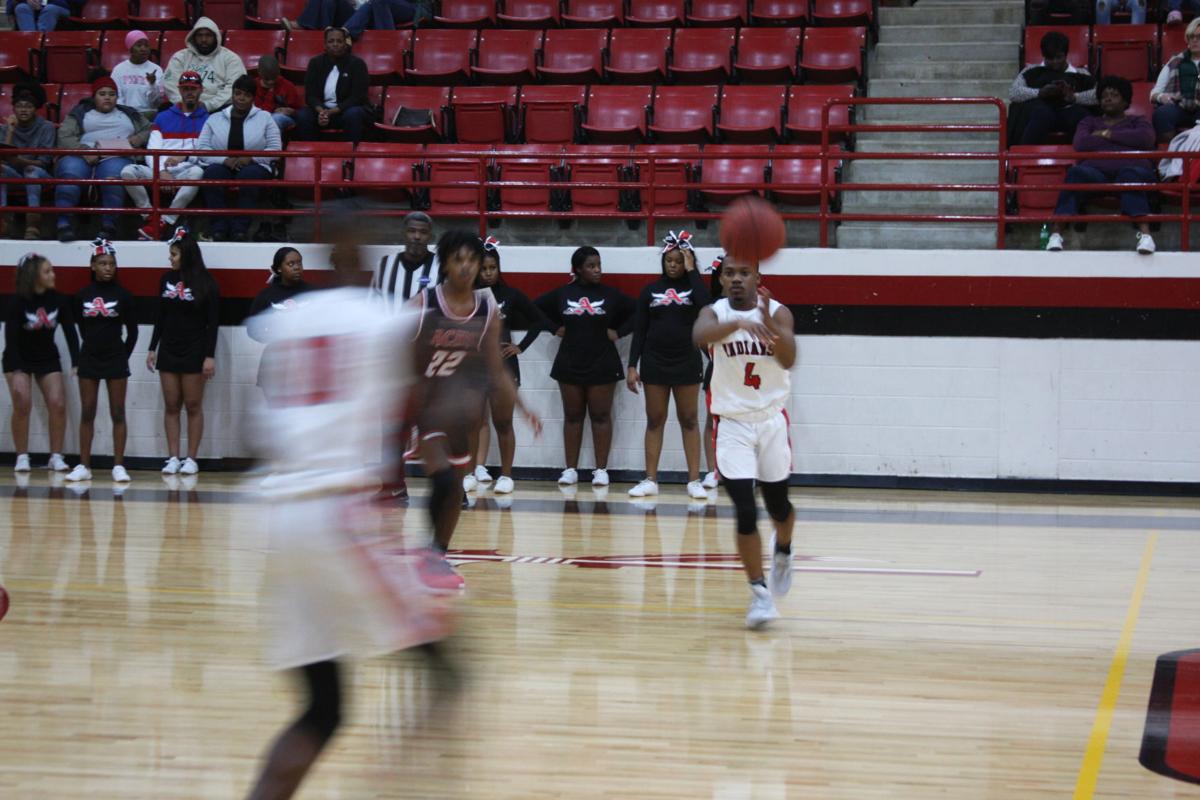 Jaheim Pollock with the pass. 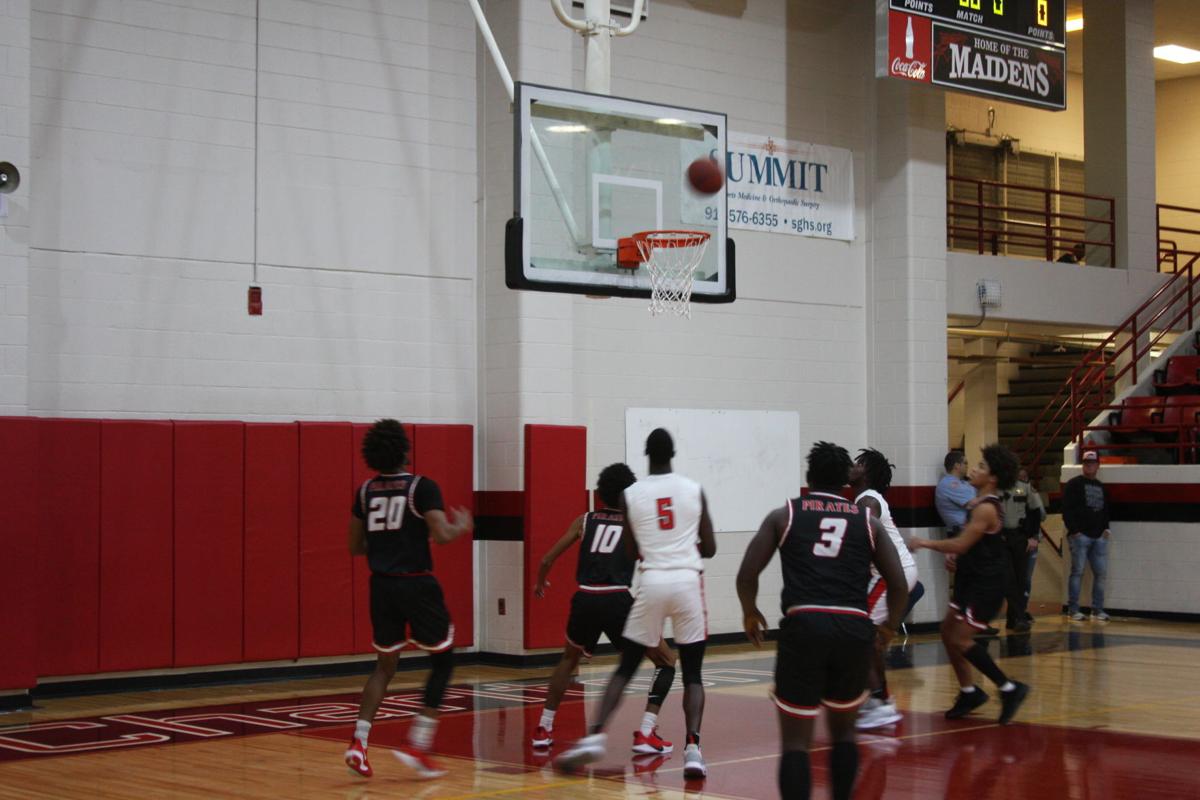 Zuryan Williams waits for the ball. 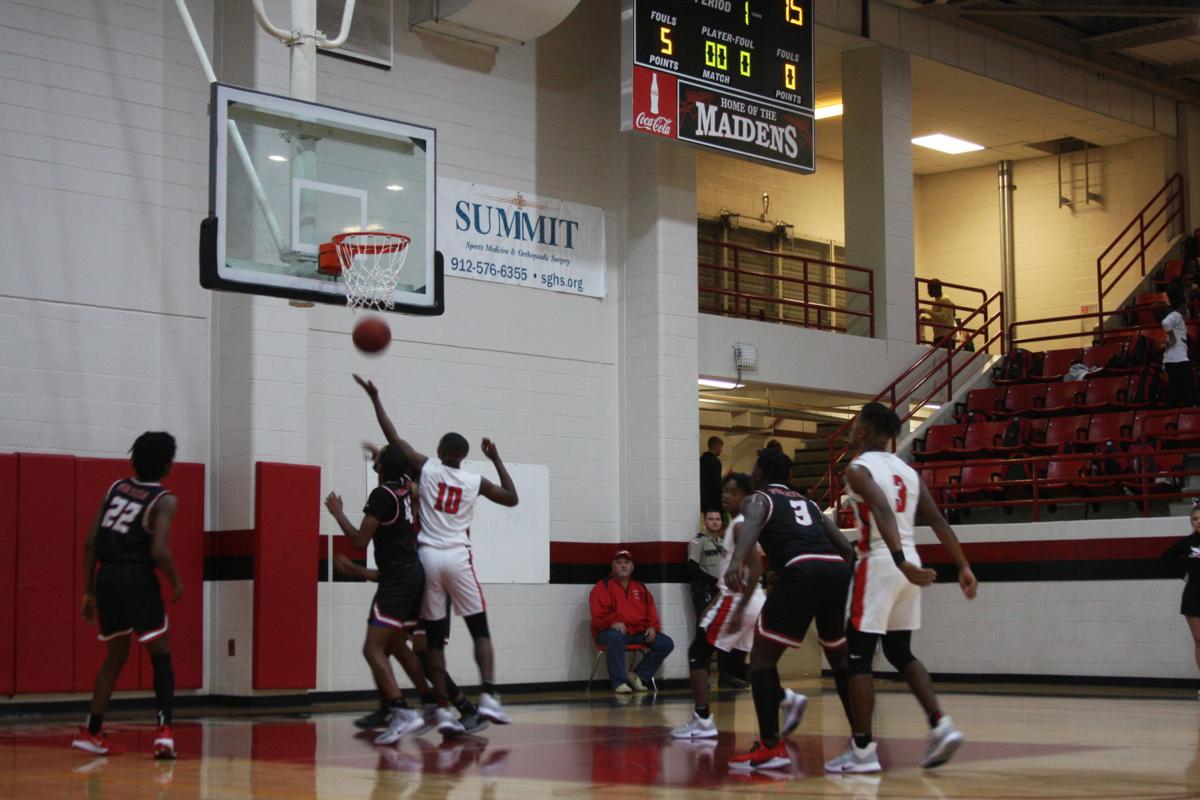 Troy Alderman gets the basket.

The Maidens go on the defense.

Jaheim Pollock with the pass.

Zuryan Williams waits for the ball.

Troy Alderman gets the basket.

The Charlton County Maidens improved to 3-4 on the season while the Indians upped their record to 5-2 after both squads won two of three games last week.

The Maidens opened up the week on Tuesday at home versus Atkinson County. Trailing by one point at the half, the Maidens rallied to a 39-30 lead heading into the final quarter. Atkinson would rally in the fourth quarter, but despite the Maidens missing multiple free throws down the stretch, they would hold on for a 52-49 win.

Shadiamond Green led Charlton with 15 points while Jordan Vernon was in double figures with 11 points.

On Friday, the Maidens traveled to Hilliard and never could get much offense going. They would just trail 11-5 at the half before the Flashes went on a 14-7 third quarter run to forge ahead. The final quarter was played on even terms, but in the end it was Hilliard taking a 32-19 win. Vernon led the Maidens with nine points.

On Saturday night, the Maidens returned home to face off against Appling County. A big second quarter by Charlton gave them a 32-7 lead the break and they never looked back on the way to 50-21 win. Vernon again led with 16 points while Green added ten points. Sadie Brown just missed double figures with eight points.

The Tribe jumped out to a 20-5 lead after the initial period and held a 36-26 halftime advantage. They maintained that lead throughout the second half and went on to beat Atkinson County, 62-51. Seaquan Clark led the way with 19 points while Curtis Burroughs and Jaheim Pollock both scored ten points. Zuryan Williams added nine points for the Tribe.

Against Hilliard, the Indians never got untracked and trailed, 43-21, at the half. The Flashes kept up the pace and went on to knock off the Indians, 69-37. Williams led Charlton with 11 points, while Pollock added ten.

The week’s finale came at home against Appling County. The Tribe started out fast and held a 20-point lead at the half. Both teams played even in the second half as the Indians went on to a 62-42 win. Zuryan Williams had a huge night for the Indians, scoring 27 points.