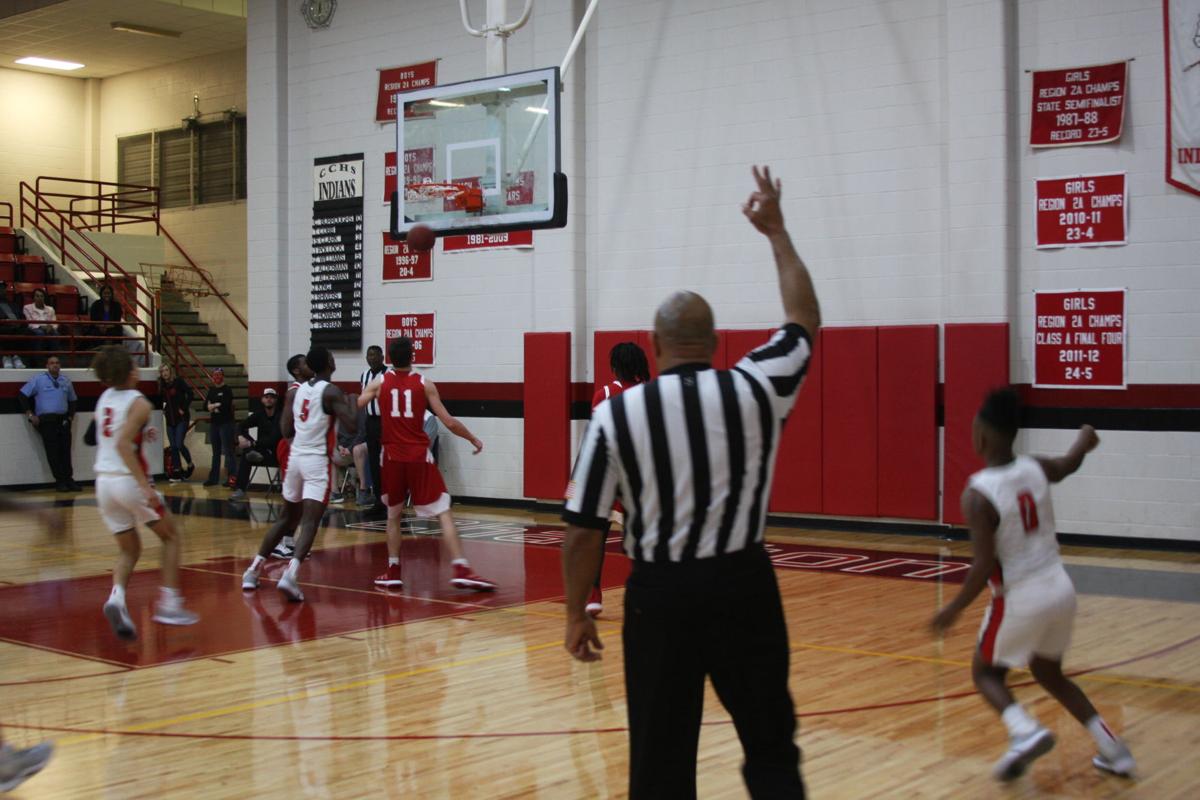 Curtis Burroughs adds three more points to the board. 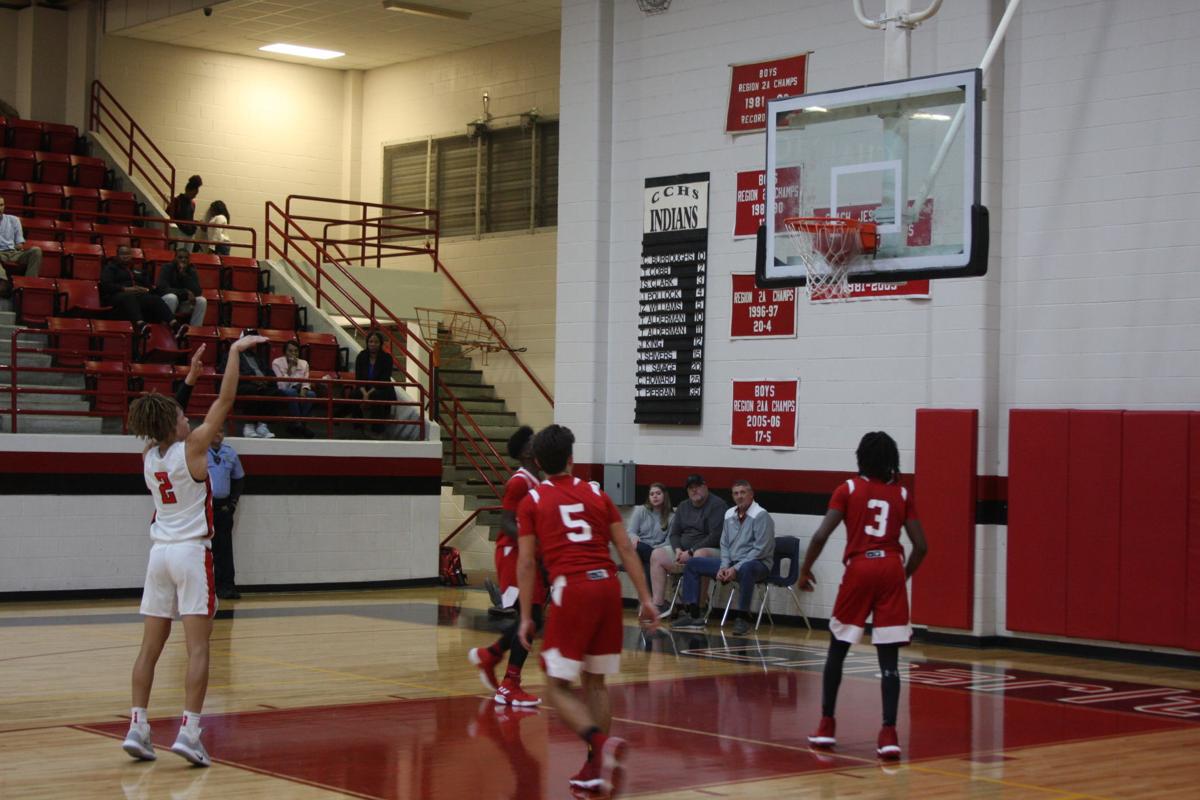 Jaylen King gets the last point of the game. 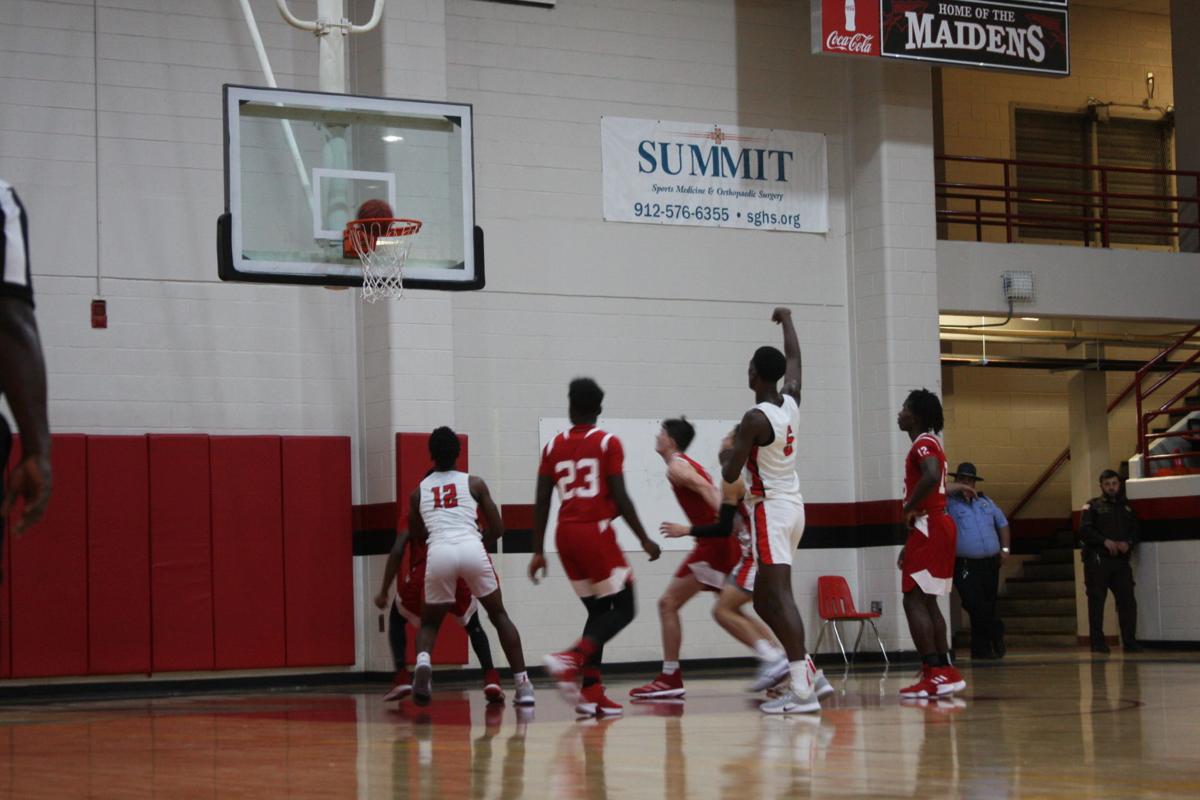 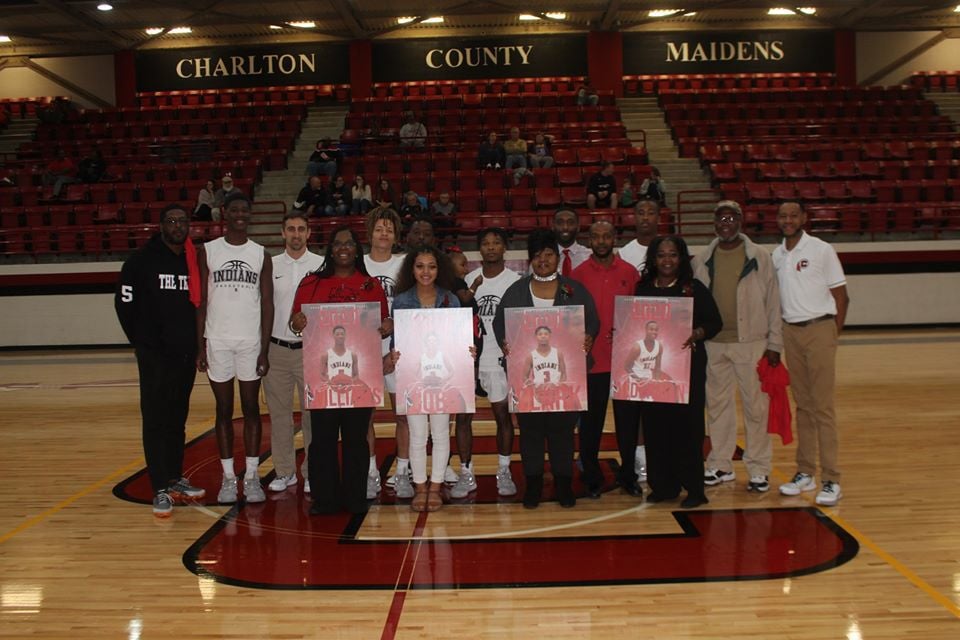 Senior Indians were honored before the game. 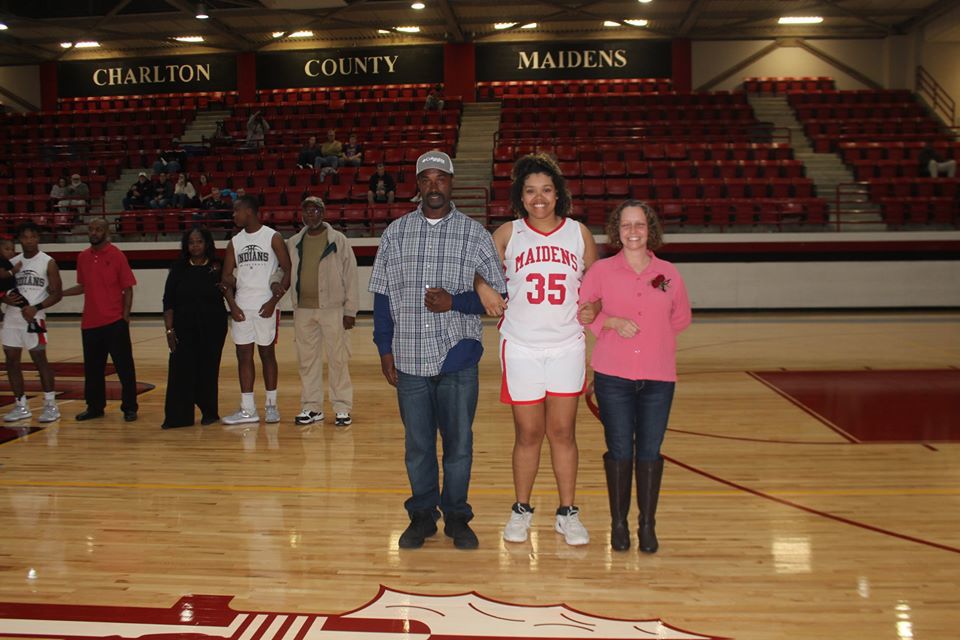 Jalees Murphy was honored as the Maidens senior.

Curtis Burroughs adds three more points to the board.

Jaylen King gets the last point of the game.

Senior Indians were honored before the game.

Jalees Murphy was honored as the Maidens senior.

In a busy week to wrap up the regular season, the Charlton County basketball teams each won one of their final four games. Both squads defeated Irwin County at home on Monday, before losing on the road at Wilcox County, Turner County and Lanier County.

Opening the week at home on Monday against Irwin, the Maidens jumped out to a 32-10 halftime lead and never looked back as they cruised to a 43-25 win. Shadiamond Green put up a career-high 24 points to lead the Maidens.

The following night they would make the long trek to Wilcox County. The Maidens would be in contention at the midway point trailing by just a 26-22 margin, but Wilcox would outscore them, 30-14, in the second half and take home a 56-36 win. Green and Makaylah Garard led Charlton with nine points each.

On Friday, they would be on the road again at Turner County and one bad quarter would be their downfall. Trailing by five points after one quarter, the Maidens were outscored, 21-9, in the second and fell behind, 42-25. The second half was played on near even terms, but they couldn't overcome the deficit and lost by a 78-62 score. Jordan Vernon led the way with 26 points, while Green added 12 more.

In the regular season finale on Saturday at Lanier County, the Maidens trailed, 24-17, at the break, but rallied back to take a 30-27 lead heading into the final frame. The game would stay tight for most of the fourth quarter before Lanier would pull away at the end and claim a 43-35 win. Taylor Maxwell led the way with ten points.

The Maidens finished the regular season with a 9-16 record as they begin the Region 2-A Tournament on Tuesday. They will open up with Irwin County at 4:00 p.m. at Lanier County. A win would pit the Maidens against Wilcox County on Wednesday.

The Indians squad turned an impressive comeback into a key win on Monday against Irwin. Trailing by 11 at the half, the Tribe got some inspiring words at the half and outscored Irwin, 45-27, in the second half to bring home the 70-63 win. Jaheim Pollock led the Indians with 19 points while Zuryan Williams pulled off a double-double with 11 points and 15 rebounds.

Against Wilcox, the Tribe was outscored in each of the first three quarters and fell behind, 58-41, before eventually falling by a 72-57 score. Pollock again led with 19 points while Williams and Jaylen King were both in double figures with 11 and ten points, respectively. King added eight rebounds, while Williams and Troy Alderman each grabbed seven boards.

On Friday, the Tribe matched up against Turner County and trailed, 21-19, at the break, but Turner would add to the lead in the second half as they won, 49-38. Williams led the way with 13 points and 15 rebounds, while Alderman added ten rebounds.

Then to close out the regular season, the Tribe traveled to Lanier County and came out on fire taking a 28-13 lead after the opening period. But things would change in the second quarter, as Lanier bounced back to trail by just four points at the half. The Bulldogs kept up the pressure and finally took their first lead late in the third quarter and led by two entering the fourth quarter. Lanier would pull away at the end as foul trouble hurt the Tribe with the Bulldogs winning by a 60-52 score.

The Tribe enters the Region 2-A Tournament with an 11-14 record and will play the winner of the Atkinson County/Echols County game on Tuesday at 8:00 p.m. at Lanier County. A win would lead to a game against Clinch County on Wednesday.

Currently, the Indians are ranked 22nd in the power rankings and will probably need at least one win in the region tournament to qualify for the state tournament for the first time since 2009.