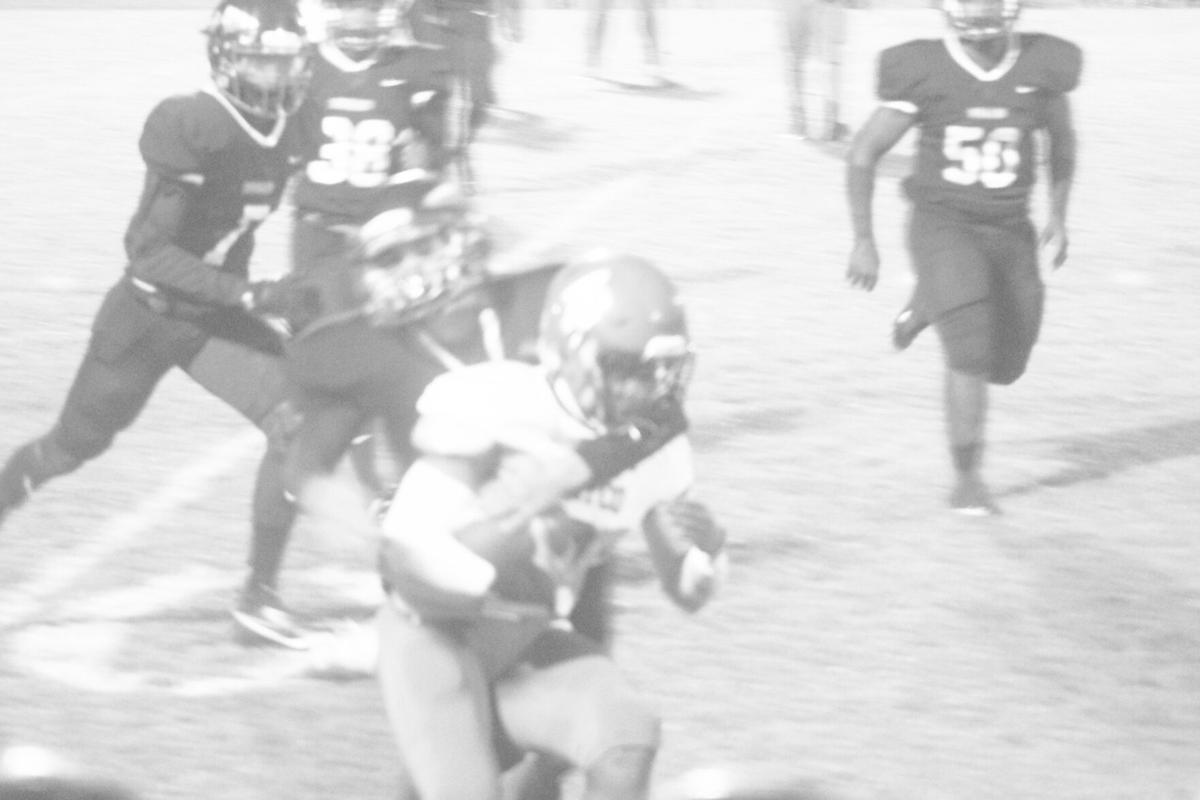 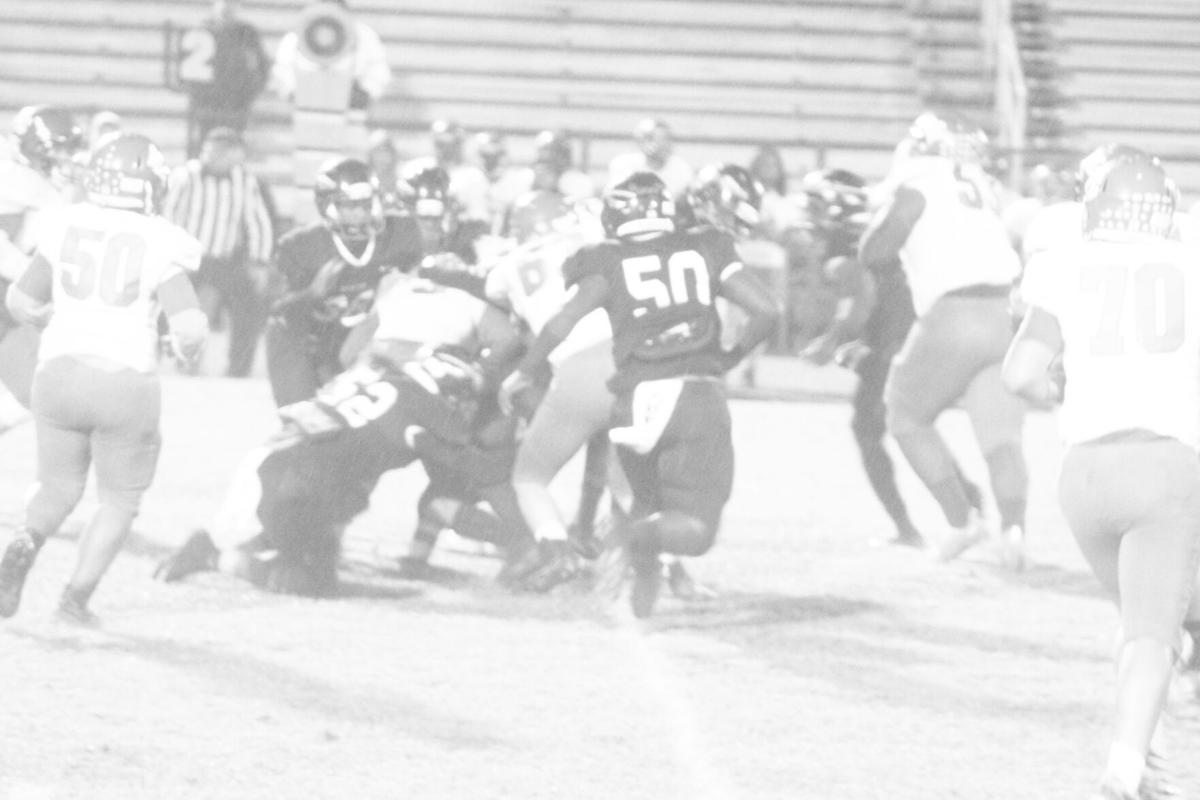 THE TRIBE STOPPED ANY HOPES OF A REBEL TOUCHDOWN. 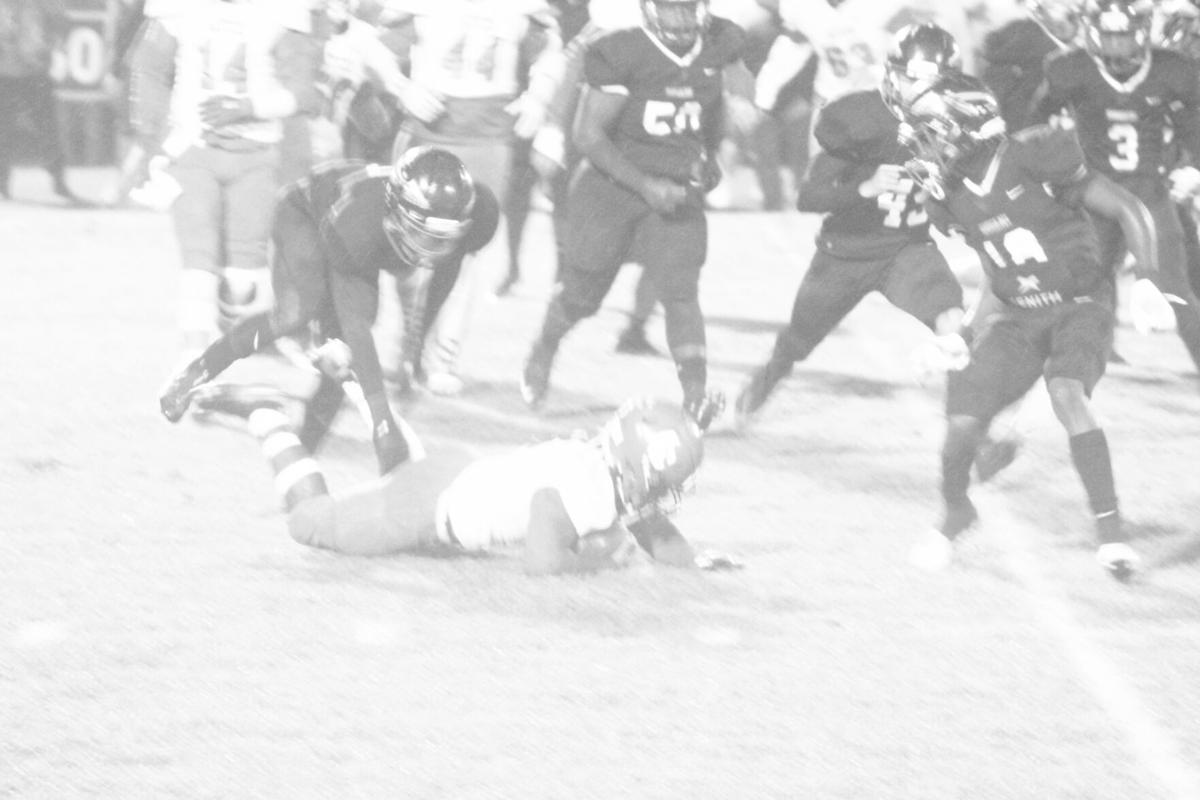 A REBEL GOES DOWN, SURROUNDED BY TRIBE MEMBERS. 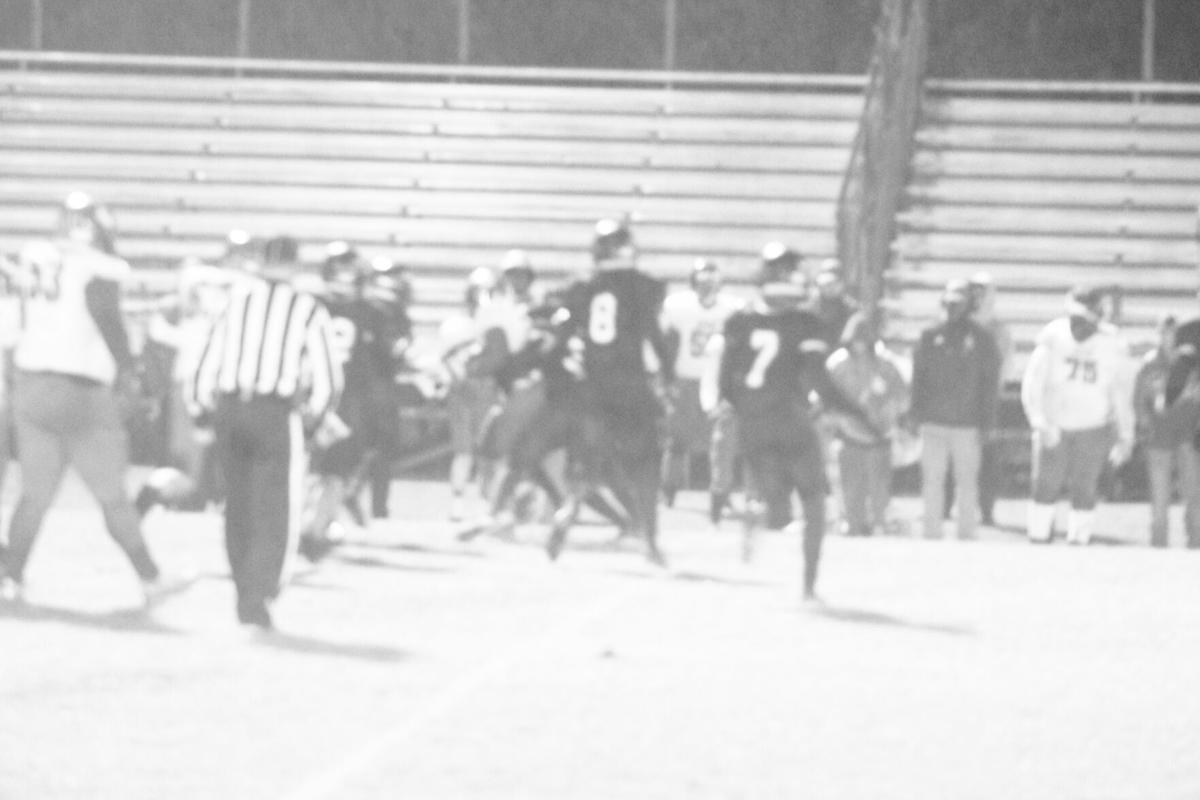 THE COLD RAIN MADE THE FIGHT FOR THE LAST PLAYOFF SPOT EVEN HARDER.

THE TRIBE STOPPED ANY HOPES OF A REBEL TOUCHDOWN.

A REBEL GOES DOWN, SURROUNDED BY TRIBE MEMBERS.

THE COLD RAIN MADE THE FIGHT FOR THE LAST PLAYOFF SPOT EVEN HARDER.

The Charlton County Indians needed, in their game last Friday night against Atkinson County, to earn the final playoff spot from Region 2-A, and on a cold, damp night the Tribe came away with just enough points to claim a 14-0 win. The Indians are the fourth seed and will open the state playoffs this Saturday night at 6:30 p.m. in Rochelle against former region foe Wilcox County, the Region 4-A champion. Both teams will enter the playoffs with a 7-3 record.

The Indians started off the game with the ball at their own 44 after the opening kickoff went out of bounds. Four carries by Jaylen Lilley earned 15 yards and a five yard run by Jaylen King pushed the ball down to the Rebel 36. On the next play, King broke free for 13 yards, but lost the wet football at the end and the Rebels recovered ending the drive.

Neither team would threaten as the defenses would hold steady until Wyatt Crews pinned the Rebels down at their 13 with a punt. After holding them to zero yards the Rebels got off a very short punt giving the Indians great field position at the 30 yard line.

Lilley would run for eight yards, before Atkinson jumped offsides to give the Indians a first down at the 17. On first down King would find Kyler Williams down the middle for a 17 yard touchdown pass. The PAT kick was wide and with 1:33 left in the half the Tribe held a 6-0 lead.

Imod Hamilton would snuff out any Rebels hopes of scoring before the break, when he intercepted a pass as the Indians went into the locker room with a six point lead.

The Rebels would start the second half with a good return to just shy of midfield. They would drive down to the Indian 36, but the Indian defense would force a fumble and Jay Harris fell on the loose ball.

Taking over from their 30, the Indians used the legs of Lilley to move the ball into Rebel territory down to the 27. But the Indians were stopped on a fourth and one and turned the ball over on downs.

Atkinson would move out to midfield before punting the Indians back to the 17. The Indians would complete a pass, but lost the handle on it and Atkinson recovered. A personal foul after the play on the Indians gave the Rebels a first and ten from the 12 yard line. But they were called twice for illegal chop blocks and all of a sudden they were back at the 42.

The teams would exchange punts until the Indians gained possession with 7:47 left in the game from their own 19. Lilley would break free for a 17 yard run and the Rebels were called for a facemask penalty. Then Atkinson received an unsportsmanlike conduct penalty and all of a sudden the Indians had a first down at the Rebel 34. Lilley ran three times for 21 yards and King added a five yard scamper down to the eight yard line. From there Lilley would punch it in giving the Tribe some cushion on their lead. Lilley added the two point conversion pushing the lead to 14-0 with 4:43 remaining.

Atkinson made a final rally, driving from their 35 down to the Indian 19. On fourth down, Hamilton picked off his second pass of the game in the end zone allowing the Tribe to run off the final time on the clock.

Lilley continued his good work on the ground picking up 136 yards on the ground. He also led from his linebacker position recording 6.5 tackles, while Dairion Jones was right behind with six stops including one sack.