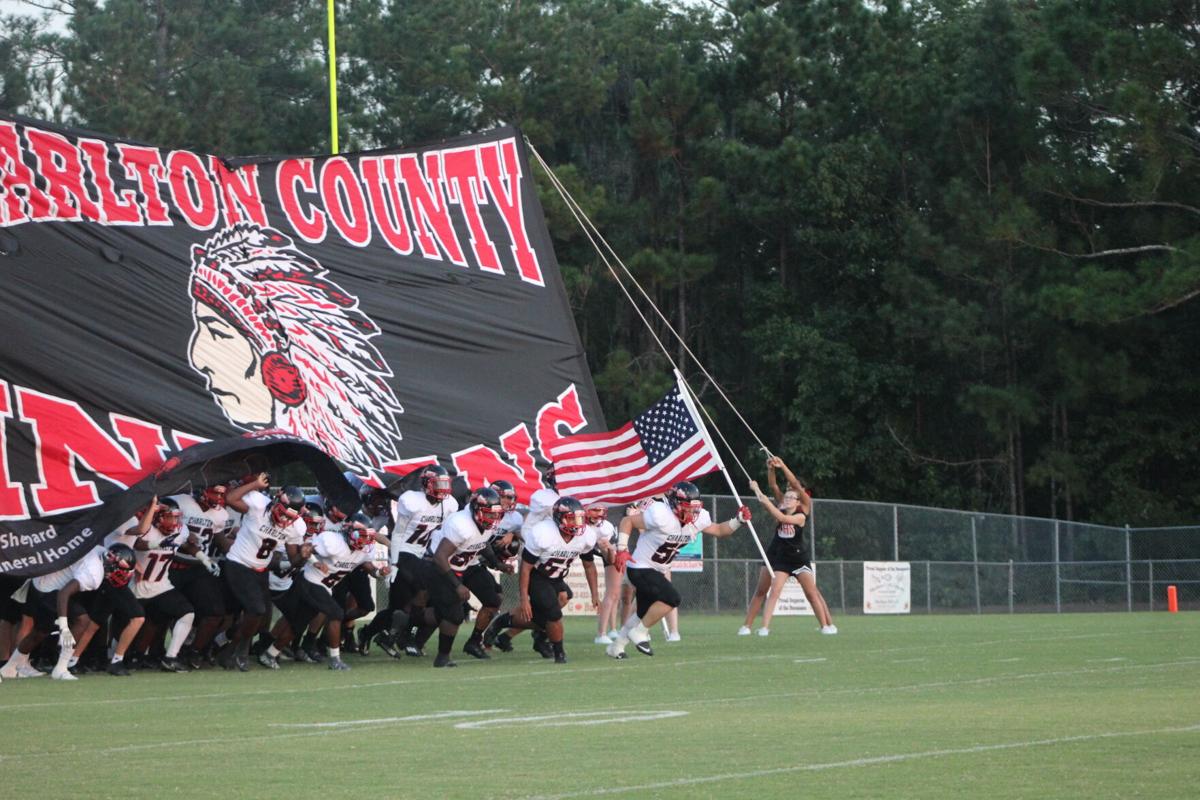 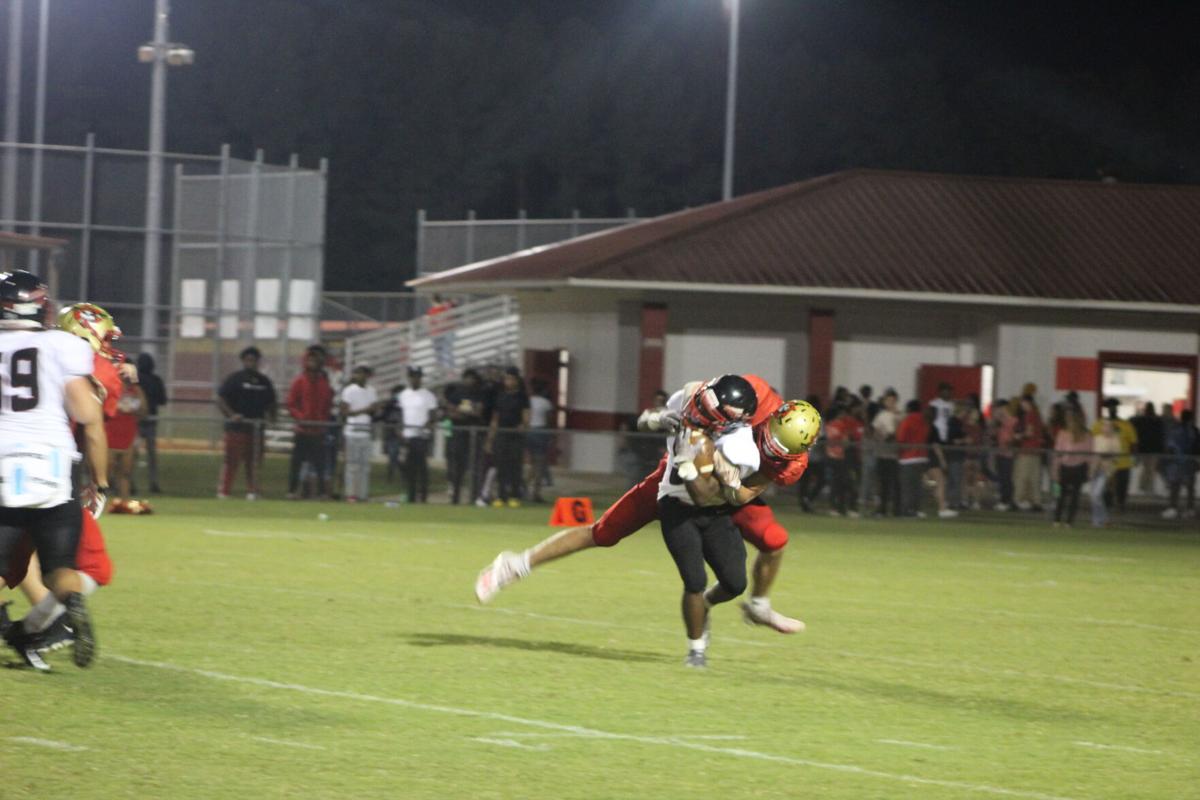 THE INDIANS DO WORK ON DEFENSE. 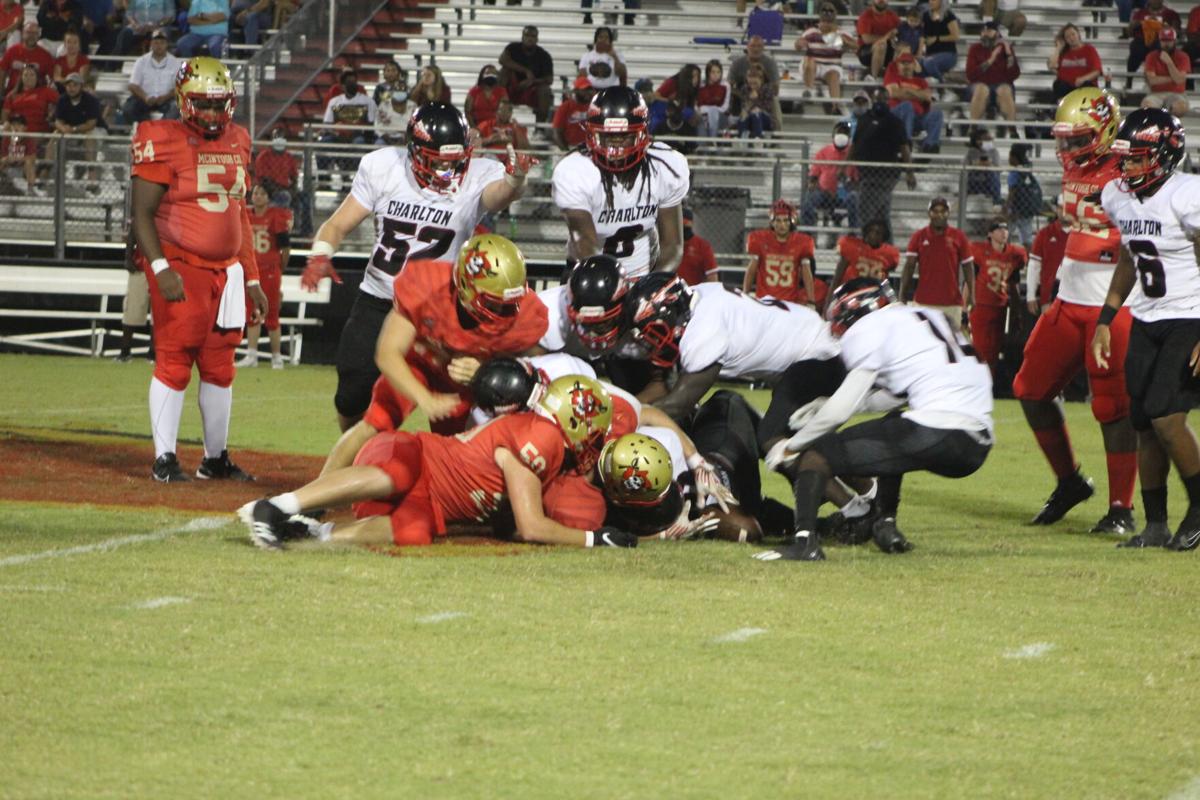 THE CCHS DEFENSE KEEPS THE SCORE IN THEIR FAVOR. 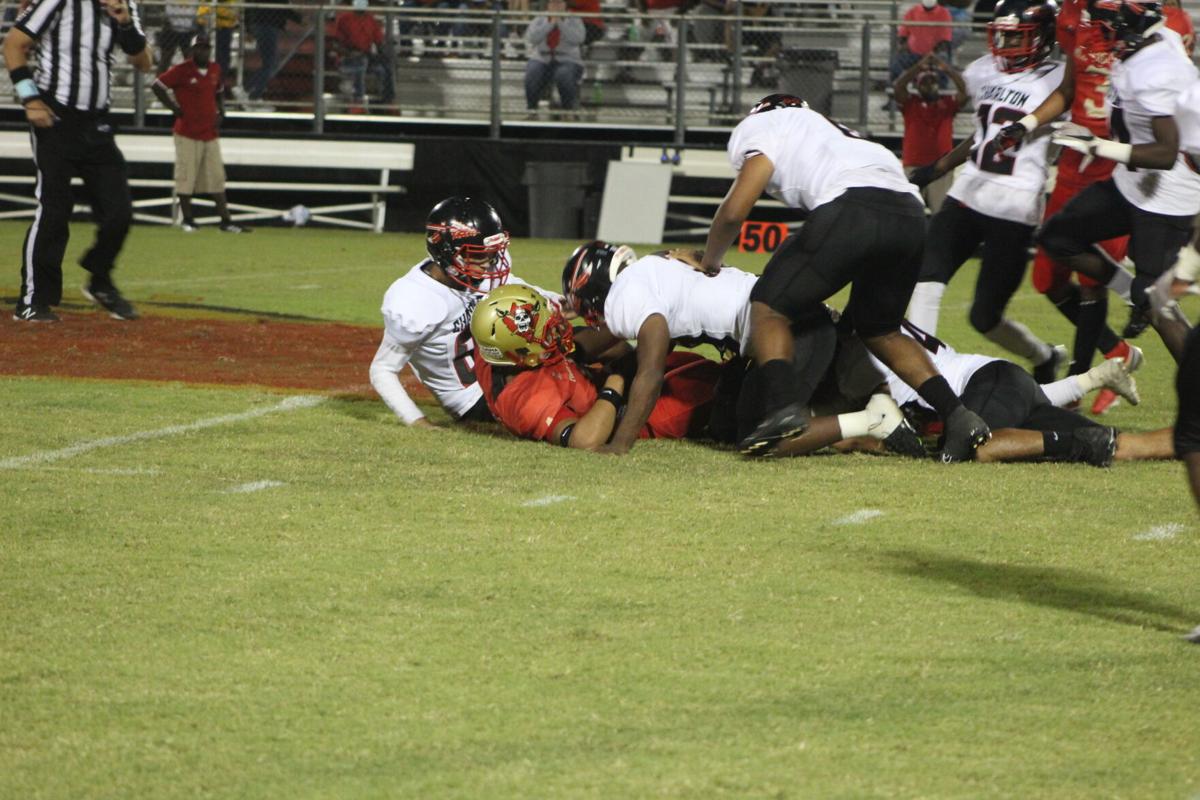 CHARLATAN TAKES THE LEAD AND HOLDS IT. 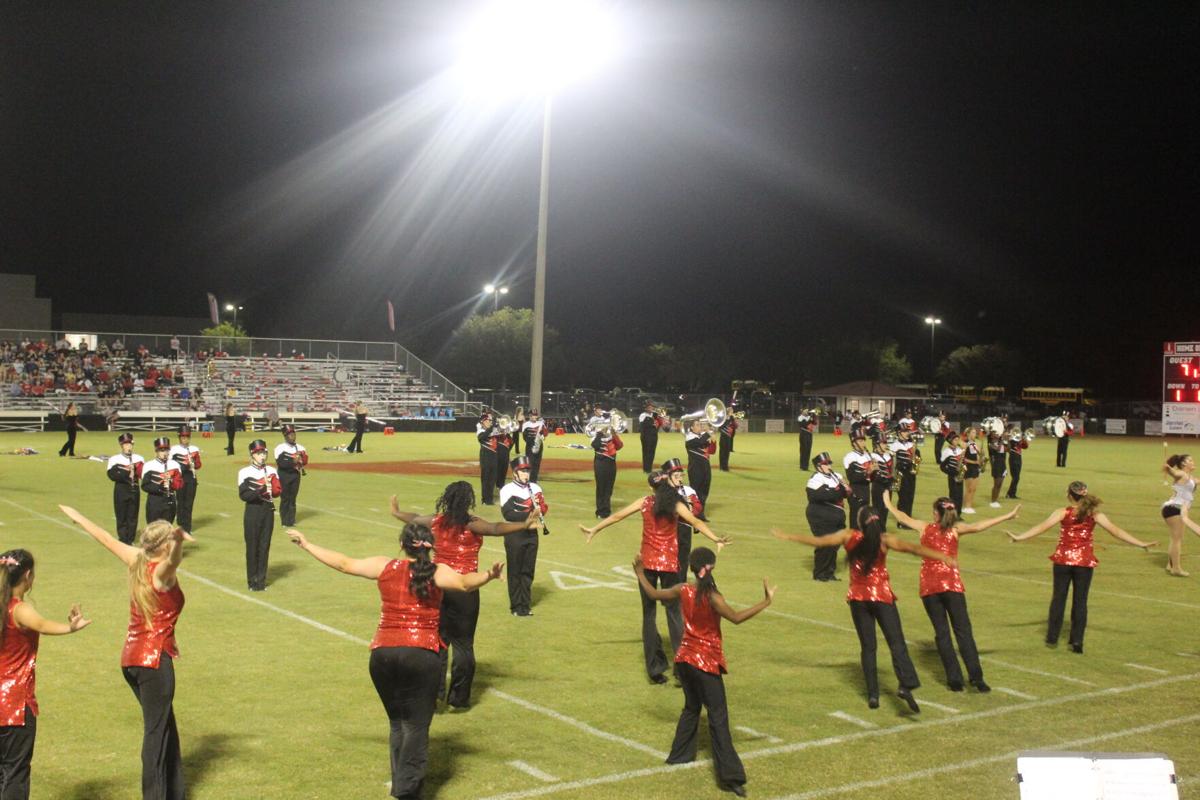 THE BAND OF PRIDE ENTERTAINS.

THE INDIANS DO WORK ON DEFENSE.

THE CCHS DEFENSE KEEPS THE SCORE IN THEIR FAVOR.

CHARLATAN TAKES THE LEAD AND HOLDS IT.

THE BAND OF PRIDE ENTERTAINS.

The Charlton County Indians used a “bend but don't break” defensive effort, along with a gritty fourth quarter offensively to pull away from McIntosh County Academy, 22-8, last Friday night in Darien. The Indians improve to 3-0 on the season for the first time since 2017 when they began, 4-0.

The Tribe got off to a fast start when McIntosh fumbled the opening kickoff and Dairion Jones fell on the loose ball to give the Tribe the ball at the Buccaneer 37 yard line.

Runs by Jaylen Lilley and Jaylen King moved the ball down to the 13 yard line. King then connected with Emari Williams for 11 yards down to the two yard line from where Lilley would complete the drive with a two-yard run. Wyatt Crews kicked the PAT and with just over four minutes elapsed in the game, the Tribe led 7-0.

The Indian defense forced a three-and-out and took over from their own 40 after a punt. Charlton would pick up two first downs on an 11-yard catch by Elyiss Williams, but penalties would plague the drive and King's punt would pin the Buccaneers back on their own seven yard line.

On the first play, the McIntosh runner would break several tackles and then break away from the defense and rumble 93 yards to paydirt. The Buccaneers would go for two points and the run was good leaving them with an 8-7 lead as the first quarter expired.

The Indians would be forced to punt again and McIntosh took over from their own 42. Six running plays later, the Buccaneers had a first and ten from the 11. Two plays moved them to the three yard line, but on third down, Naajee Smith would drop the ball carrier for a six-yard loss and on forth down Lilley and Jamie Jackson combined for another six-yard loss to turn the ball over on downs.

Neither team threatened to score the remainder of the half as McIntosh went into the locker room with a slim 8-7 lead.

Each team held the ball twice in the third quarter with each picking up a couple of first downs, but no scores were made

The Indians would take over near midfield after a punt with 10:56 left in the game. Three runs by Lilley gave the Tribe a first down from the 39. From there, King would find Smith open down the middle for a touchdown pass and after Lilley ran in the two-point conversion, the Indians had regained the lead at 15-8.

McIntosh took over after the kickoff from their own 33 and on first down connected on a long pass to the Charlton 24. Two runs set them up with a first-and-goal from the ten yard line. After moving down to the five, the Buccaneers faced fourth down, but a bad snap allowed the Indians to drop the quarterback for a nine-yard loss.

After dodging the threat, the Indians would take over with 6:13 remaining hoping to chew up some clock. After a two yard run by King, the Tribe would get a 37-yard run by Lilley to cross midfield. From there, Lilley ran five times for 28 yards and King added six yards on the ground, but the Indians would face a fourth down and one from the 13. Lilley would get the first down and more covering the 13 yards for his second touchdown of the night. Crews kicked the PAT with 0:17 remaining to make the lead 22-8. On the drive, Lilley would gain 78 yards rushing to ice the game away.

After the kickoff, McIntosh was able to complete a short pass, but time would expire and the Tribe pulled out the win.

Lilley ran for over  100 yards for the third straight game, ending up with 121 yards on the night along with his two touchdowns. King completed six passes for 71 yards and a touchdown.

Defensively, Jay Harris and Lilley were both in on nine tackles, while Imod Hamilton and Jamie Jackson each were in on seven stops. Jones and Xavier Swift both recovered fumbles.

The Tribe returns to Champ bailey Field this Friday night when they host Tiftarea Academy for homecoming.