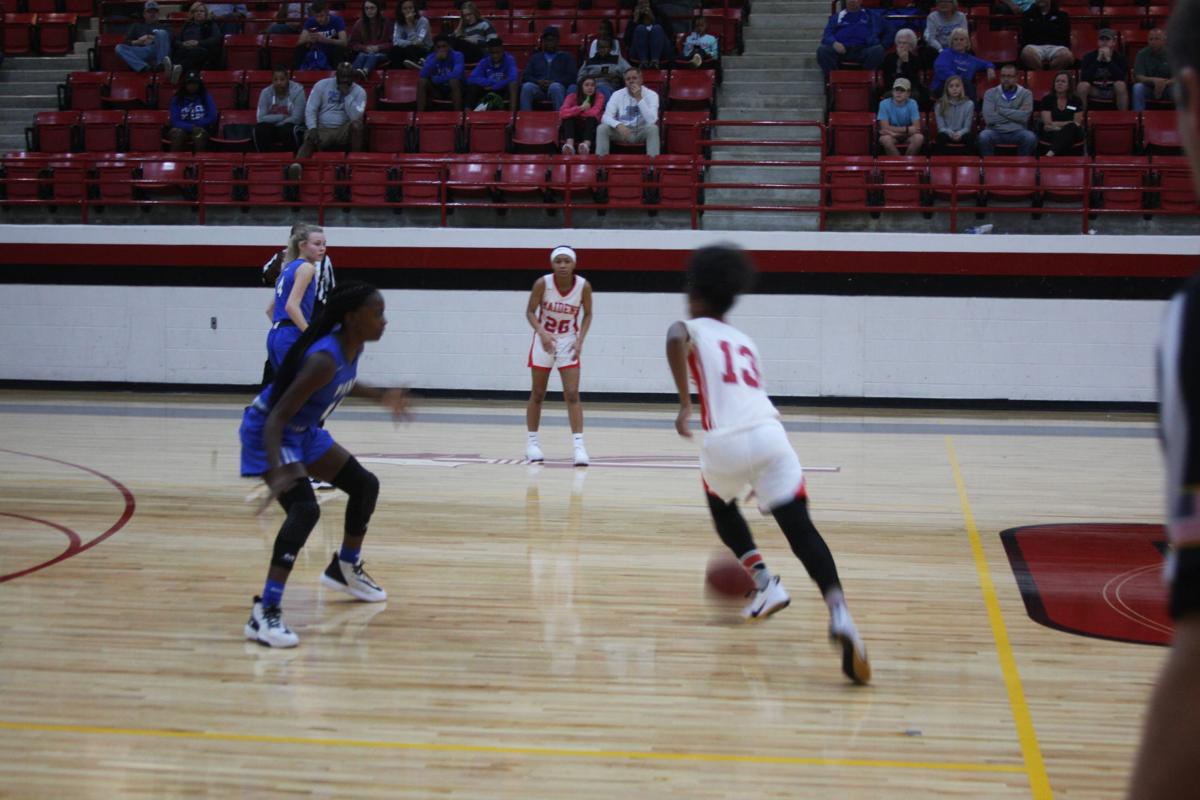 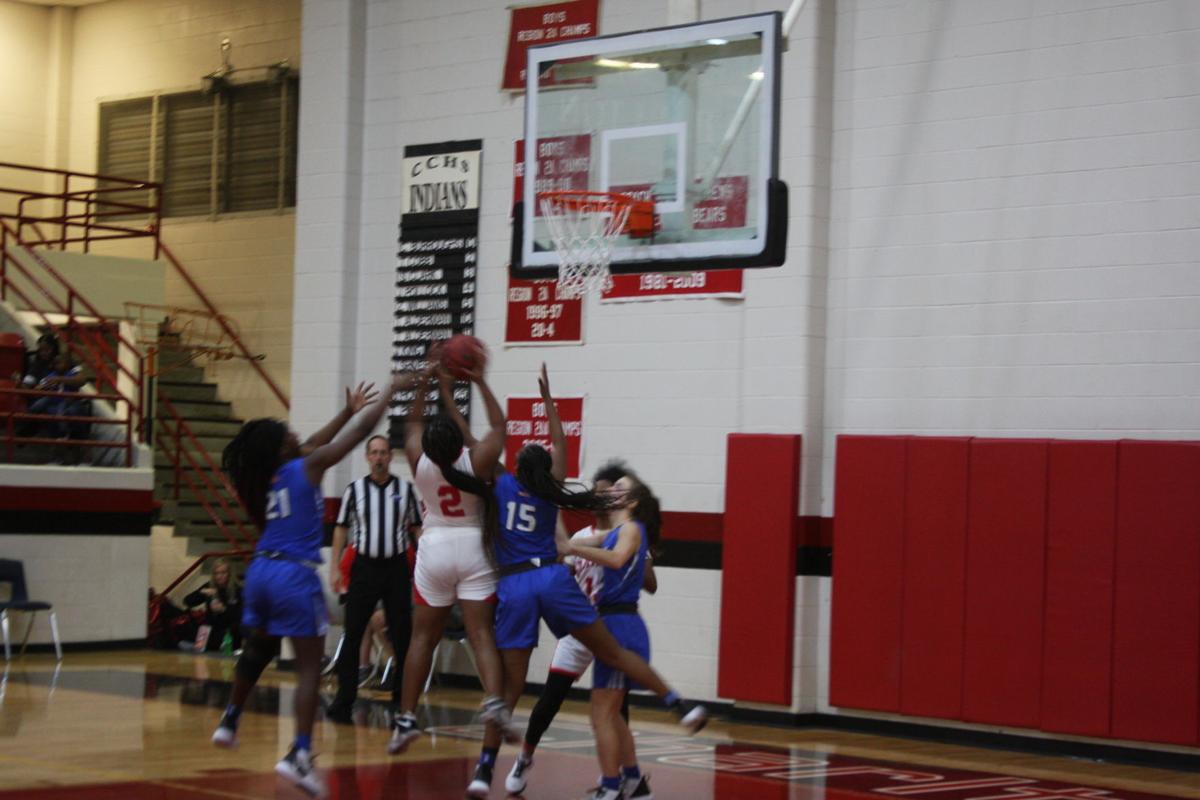 Taylor Maxwell goes for the goal. 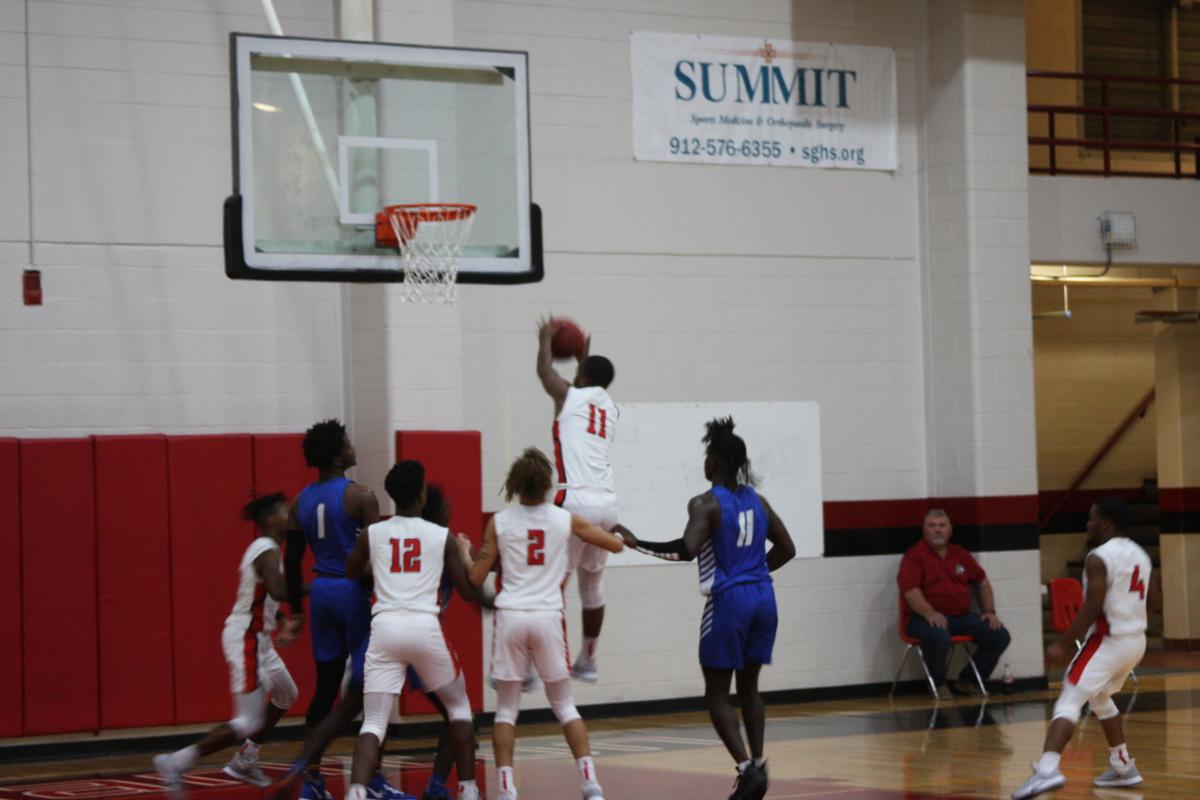 Tyjarvin Alderman heads for the hoop. 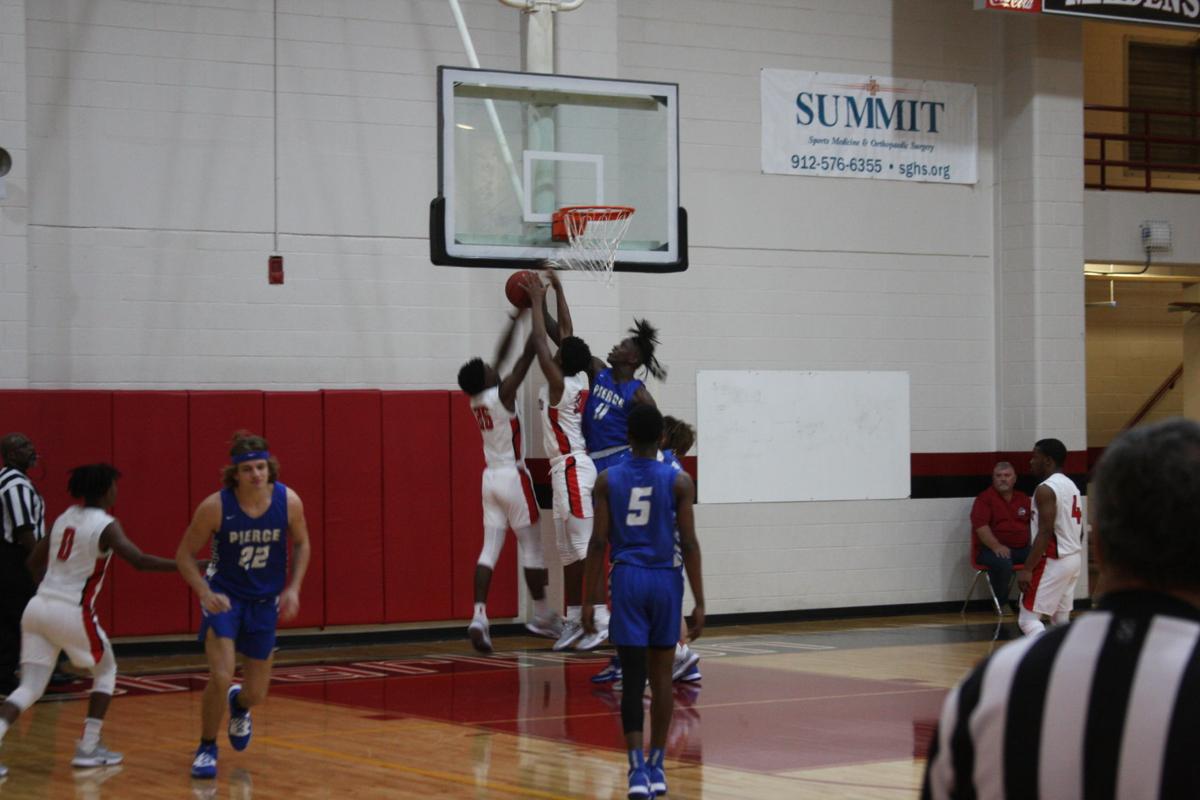 The Indians battle for the ball. 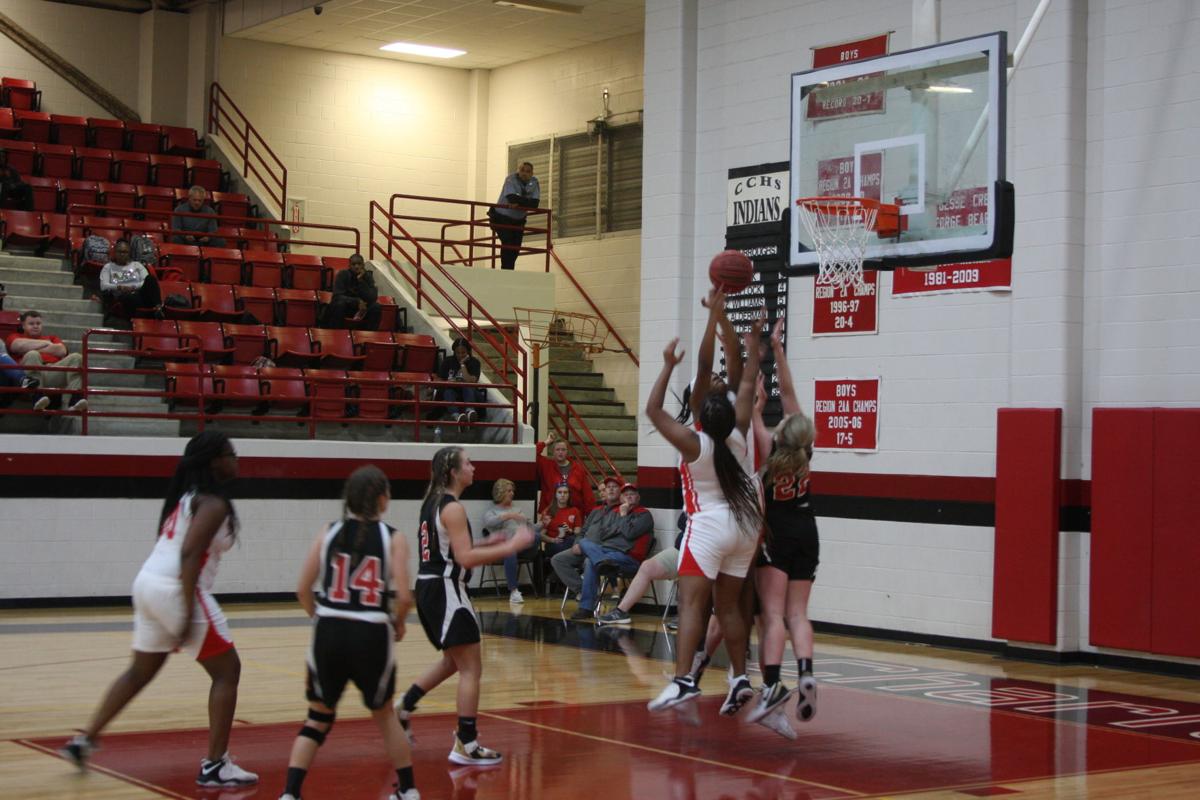 The Maidens get the win aganist Hilliard. 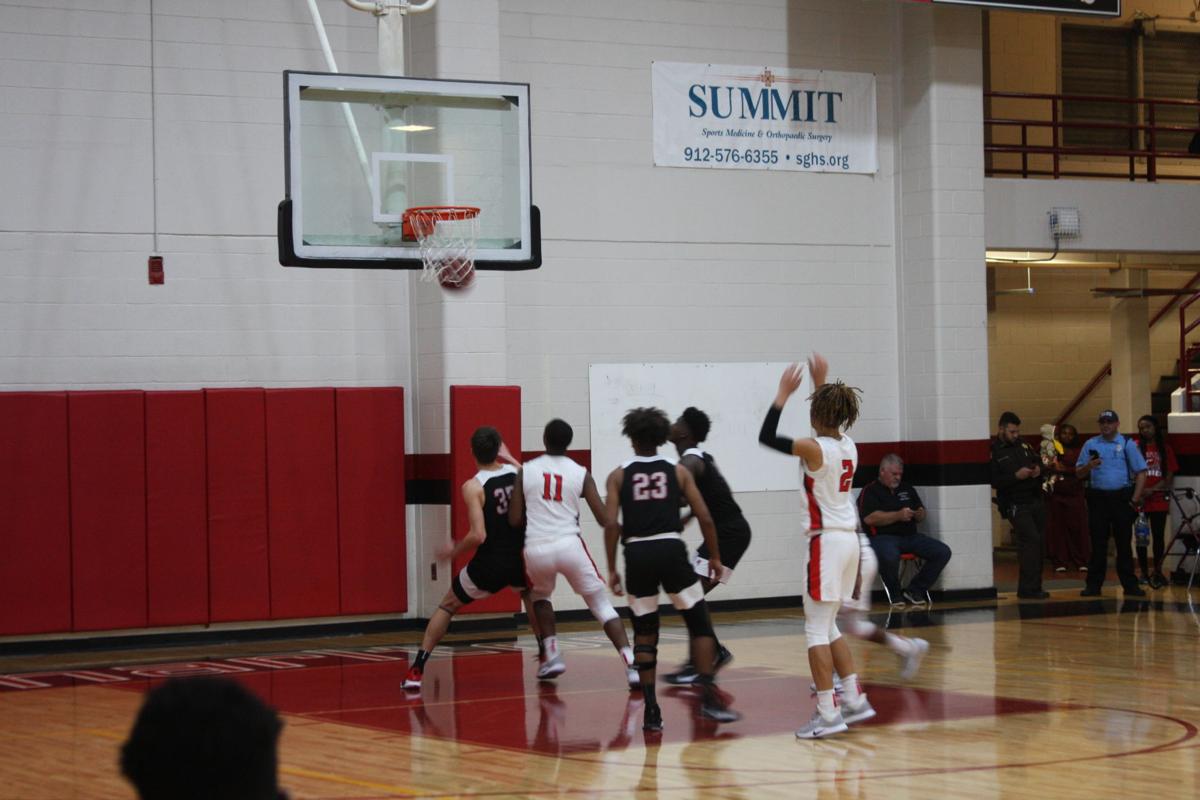 The CCHS Indians win an exciting game during the ‘Battle of the border’ against Hilliard.

Taylor Maxwell goes for the goal.

Tyjarvin Alderman heads for the hoop.

The Indians battle for the ball.

The Maidens get the win aganist Hilliard.

The CCHS Indians win an exciting game during the ‘Battle of the border’ against Hilliard.

The Charlton County basketball teams opened up the new year with three games last week. After falling to Pierce County on Thursday, the Maidens and Indians both lost close games to Lanier County Friday night. But on Saturday, both squads rebounded nicely to take down Hilliard, a team that had beaten them earlier in the year.

On Thursday at home, the Maidens began the second half of the season against Pierce County. Charlton fell behind, 14-3, after the first quarter and never could recover. The lead for Pierce would expand to 20 points after three quarters and the Lady Bears would cruise to a 59-33 win. Jordan Vernon was the lone Maiden in double figures with ten points.

Against Lanier County in a key Region 2-A game, the Maidens led a nip-and-tuck game, 20-16, at the break and held onto a 31-29 lead heading in the final period. Lanier would take their first lead of the game with 5:43 remaining and the lead would change hands a few times, but Lanier would hit five three-pointers down the stretch to pull out a 42-38 win. Shadiamond Green led the Maidens with 12 points, while Vernon added ten.

On Saturday, the Maidens looked to avenge an earlier loss to Hilliard. After a slow start by both teams, the Maidens led 7-5 after the opening period. Charlton would expand that lead to 20-7 at halftime. The Maidens were able to withstand every Hilliard rally and would take a 43-33 win. Makaylah Garard led Charlton with 12 points, while Green and Taylor Maxwell each scored eight.

Meanwhile in the boys’ game against Pierce County, the two teams played a near even first quarter with the Tribe trailing by just one point, but the Bears would outscore Charlton, 18-9, in the second quarter to open up a ten-point lead. Pierce's lead would expand to 15 points before the Indians made a late rally. But the deficit would be too much to overcome as the Tribe fell, 63-55. Jaheim Pollock led Charlton with 17 points while Seaquan Clark added 12 points and Trenton Cobb scored 11.

Friday night, the Tribe hosted fourth-ranked Lanier County and got off to a fantastic start, leading, 16-9, after a quarter of play. But Lanier bounced back to take a 29-28 lead going into the break. Lanier's lead increased to three points heading into the fourth quarter. Pollock’s three-point basket with 2:33 tied the score and the lead would trade hands down the stretch and Charlton took a 57-55 lead with 0:25 remaining on a three-pointer by Curtis Burroughs. The Tribe would regain possession with eight ticks remaining, but turned the ball over and Lanier made a basket at the buzzer to tie the game and send it into overtime.

Clark led the Indians with 30 points, while Burroughs chipped in 11.

The Indians had to put that disappointing loss behind them quickly as they faced undefeated Hilliard on Saturday. The Indians came out firing, taking a 35-22 halftime lead. But the Flashes came roaring back in the third quarter to take a 41-40 lead. The game stayed nip-and-tuck throughout the fourth quarter. Tied at 53-53, the Indians would get four free-throws from Pollock and one from Clark in the final minute to pull off a 58-53 upset. Clark led the Indians with 16 points, while Zuryan Williams scored 14 points and grabbed 15 rebounds. Trenton Cobb also had a double-double with 12 points and 13 rebounds.

The Indians own a 7-7 overall record and are 4-2 in region play. Both teams have another big week this week, hosting Wilcox County on Tuesday and Turner County on Friday in a pair of Region 2-A games. Then on Saturday they travel to Nahunta to face Brantley County.