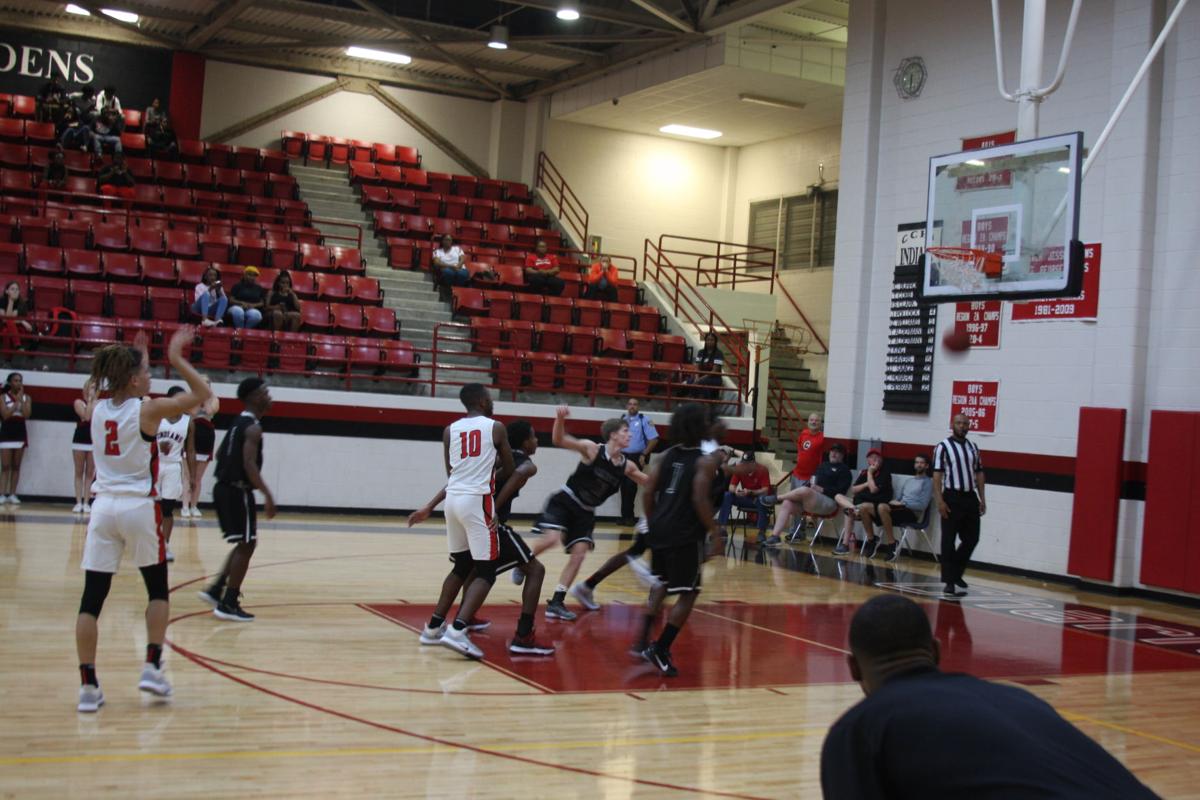 A buttery smooth three-pointer from Jaylen King against Clinch. 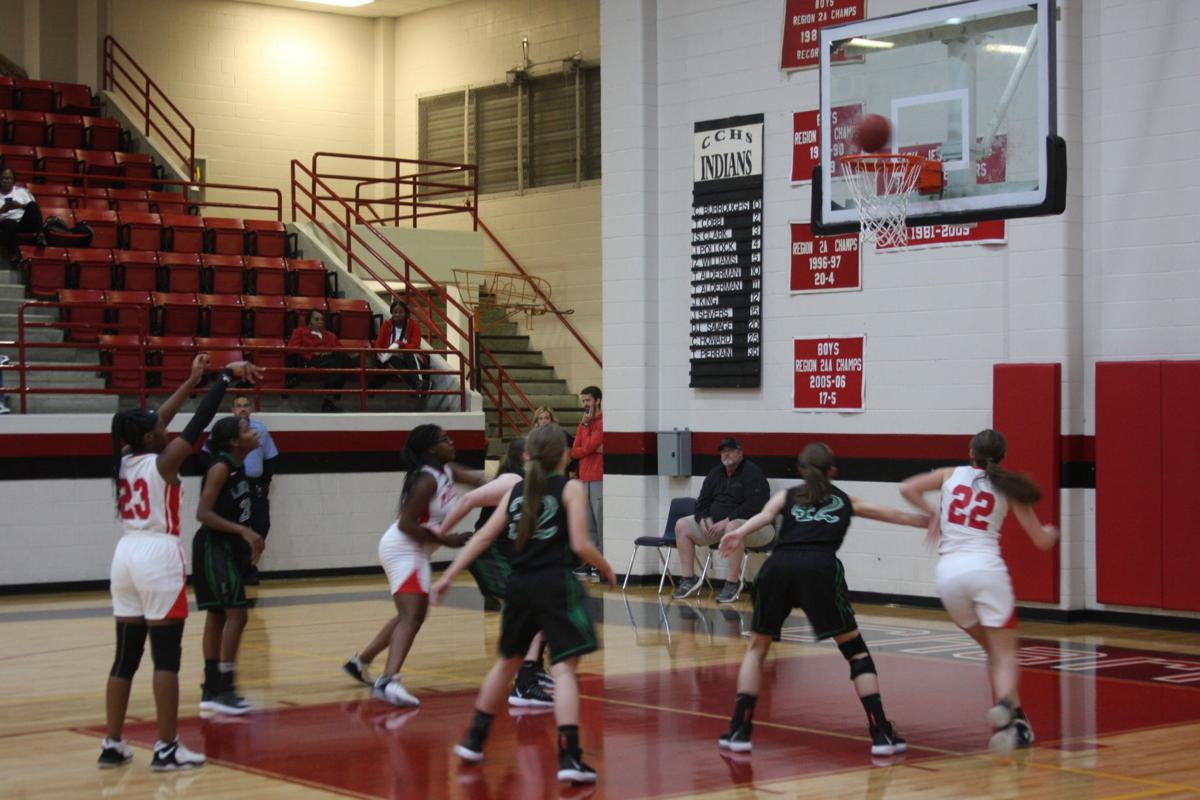 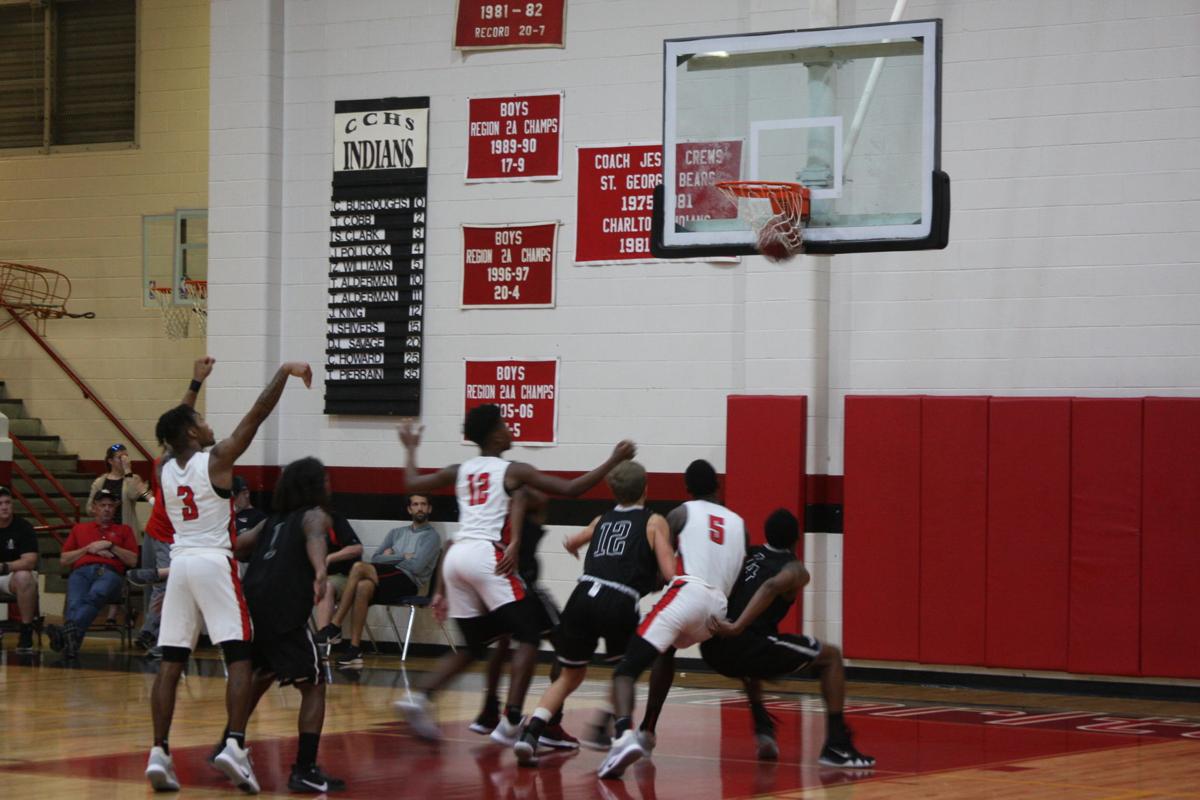 Seaquon Clark adds Another point for the indians. 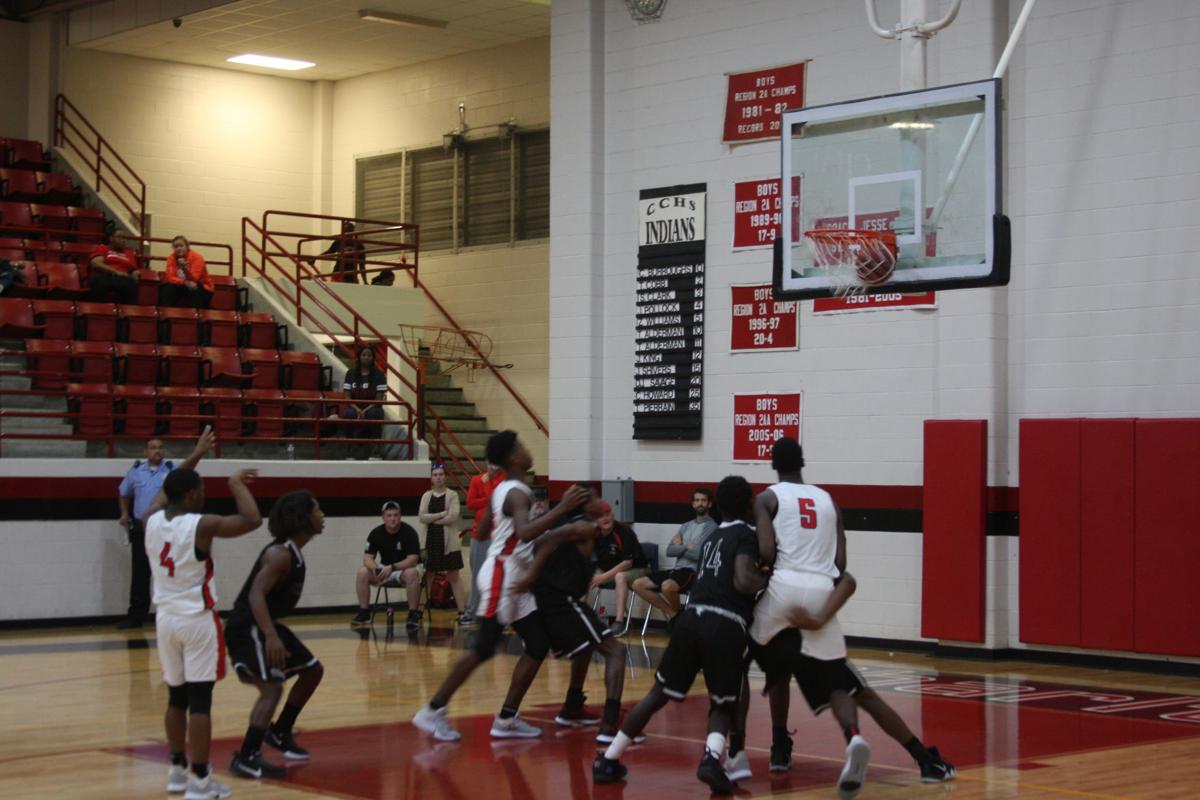 Jaheim Pollack gets nothing but net. 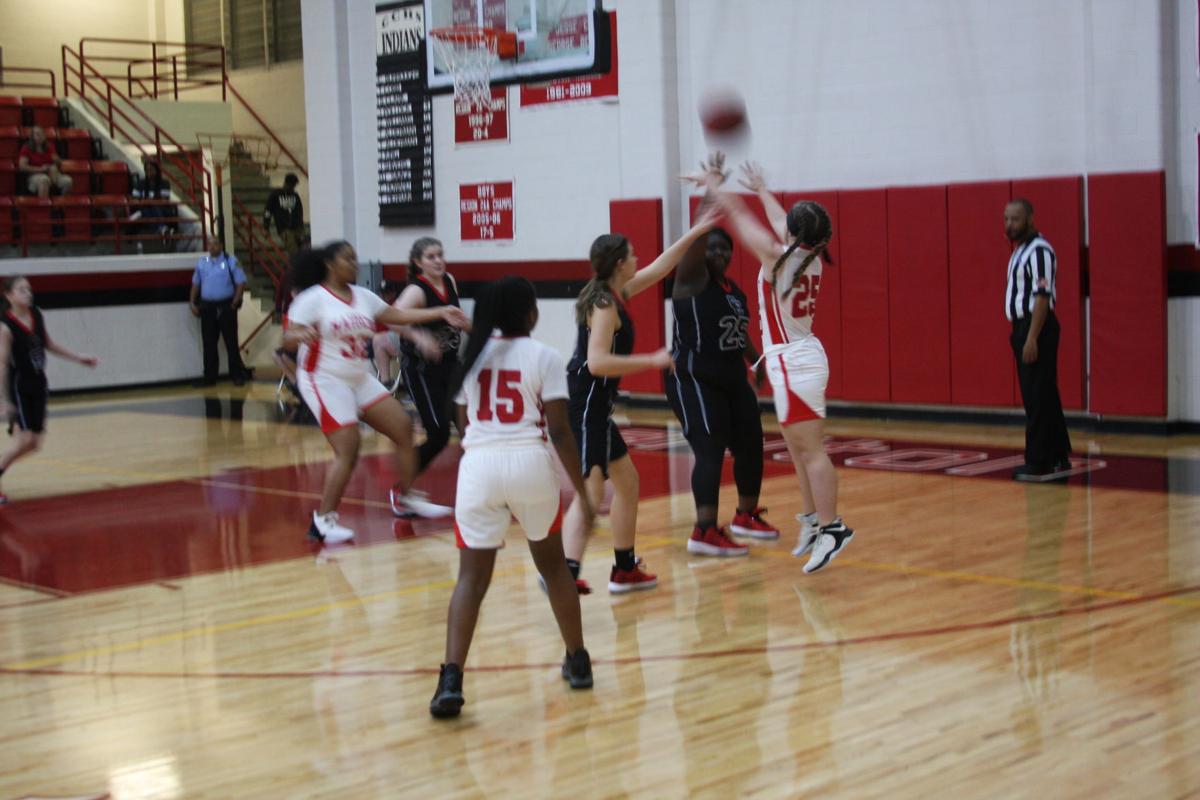 Riley Spikes shoots in the face of the opposition. 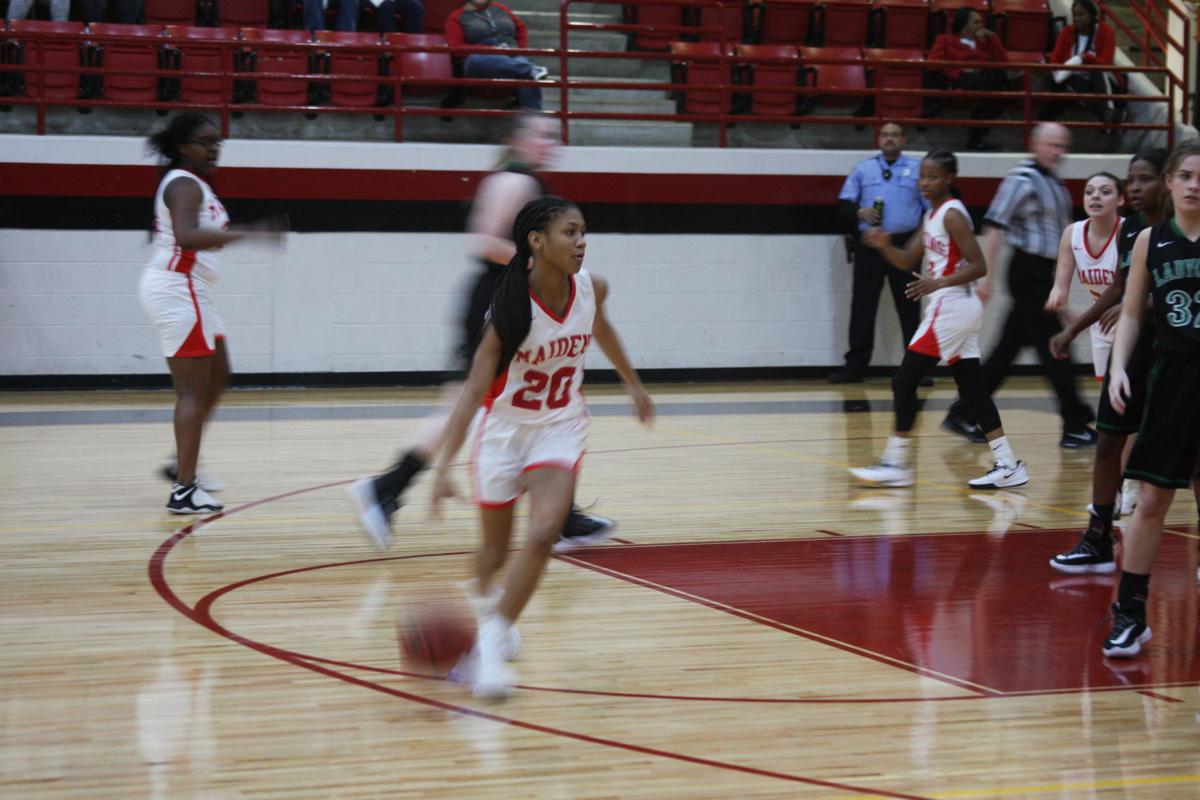 A buttery smooth three-pointer from Jaylen King against Clinch.

Seaquon Clark adds Another point for the indians.

Jaheim Pollack gets nothing but net.

Riley Spikes shoots in the face of the opposition.

The Charlton County Indians and Maidens both picked up two wins in three tries last week as the Tribe defeated Clinch County and Echols County before falling to Irwin County. The Maidens fell to Clinch and then won out over Echols and Irwin. They have just five regular season games remaining before the Region 2-A Tournament begins on February 3.

The Maidens started out the week at home on Tuesday against top-ranked Clinch County. The Lady Panthers took a ten-point lead at the half and then put the game away in the third quarter to take a 55-35 lead. The Clinch lead would continue to grow as they took home a 75-41 win.

On Friday night, the Maidens were host to Echols County and jumped out to 13-2 lead after just one quarter. From there they never looked back as they led, 46-19, after three quarters. Reserves played the entire fourth period allowing Echols to cut the final score to 48-29. Makayla Garard led the way with 17 points while Shadiamond Green added 11 points.

At Irwin County on Saturday, the Maidens fell behind, 11-6, after the first quarter, but a 22-10 run the second quarter gave Charlton a 28-21 halftime lead. Irwin would cut into the lead, but the Maidens would answer back and come home with a 53-45 win.

The Indians had an exciting opening game to start the week against Clinch County. Coming out on fire against the Panthers, the Tribe held a 16-point lead at the half. But Clinch answered back in the third quarter and as the final period began, the Indians' lead was just 42-40. The lead would change hands several times down the stretch, but in the end Charlton would prevail, 65-61. Zuryan Williams played great scoring 15 points and grabbing 19 rebounds. Troy Alderman added 14 points while Curtis Burroughs and Seaquon Clark dished out nine assists.

Against Echols on Friday night, the Indians started slow, leading into the second quarter. But a 23-1 second quarter run gave them a 34-8 halftime lead. Everyone on the roster saw playing as the Tribe would go on to win, 54-17. Williams again led with 15 points and 11 rebounds.

On Saturday, the Indians were looking for their third-straight win and after trailing by a point at the half, they took a 42-36 lead heading into the fourth quarter. But Irwin rallied and tied the score at 54-54 and sent the game into overtime. Irwin then outscored the Tribe by five points in the extra frame to take a 64-59 win.

The Indians are now 9-11 on the season and 6-5 in Region 2-A. The Indians are on the bubble for a state playoff berth as they entered the Irwin game ranked 22 in the power rankings. They need to be in the top 24 to qualify.