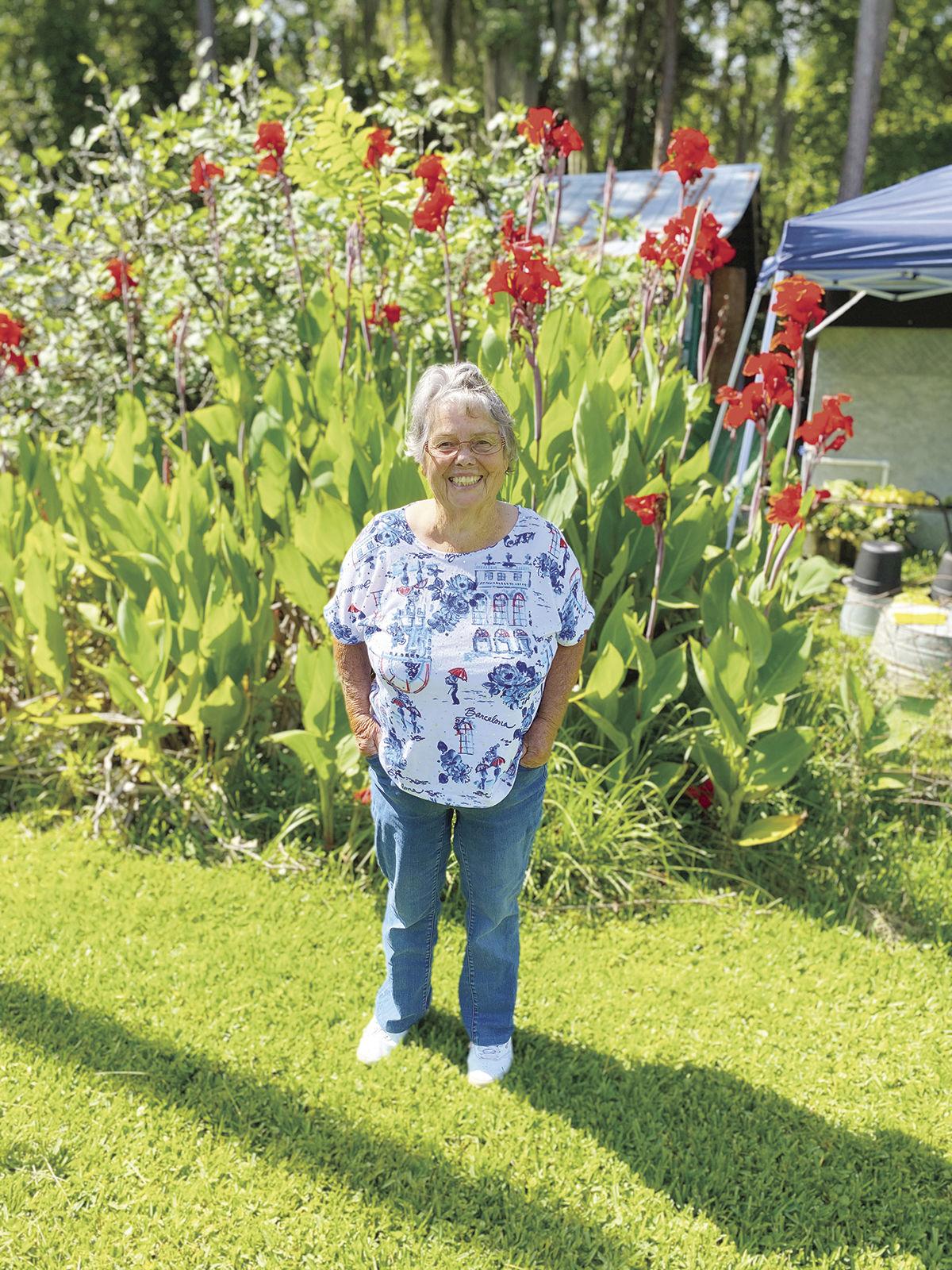 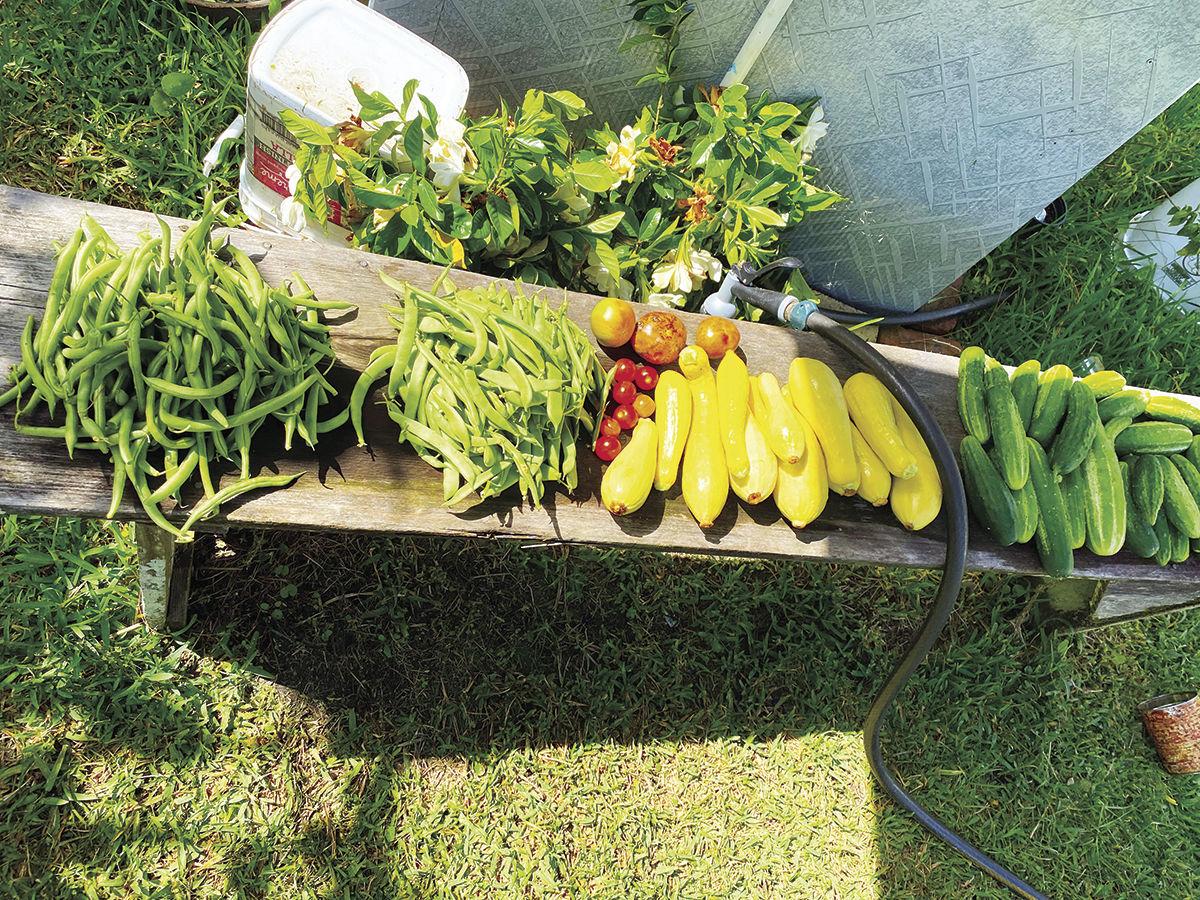 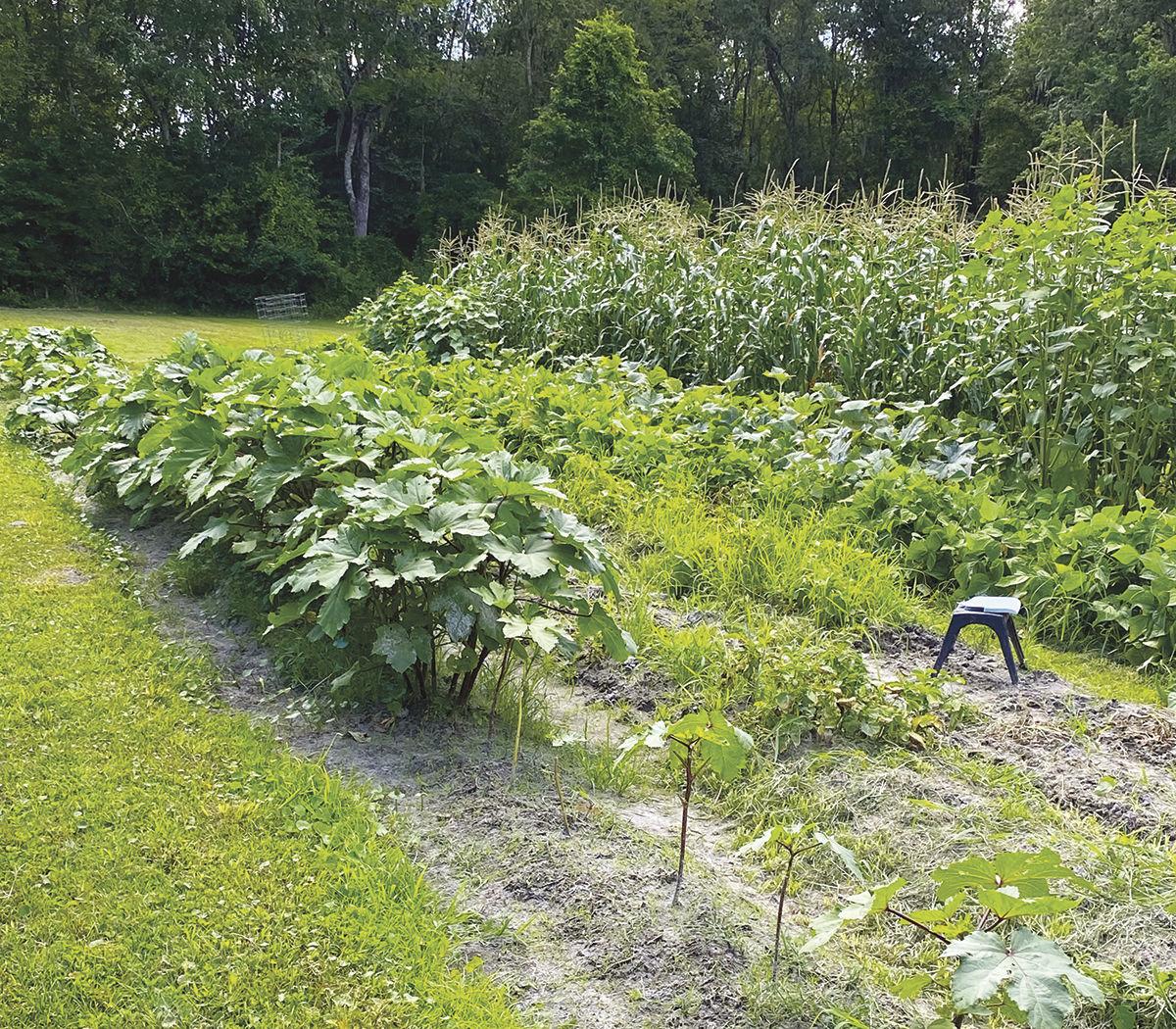 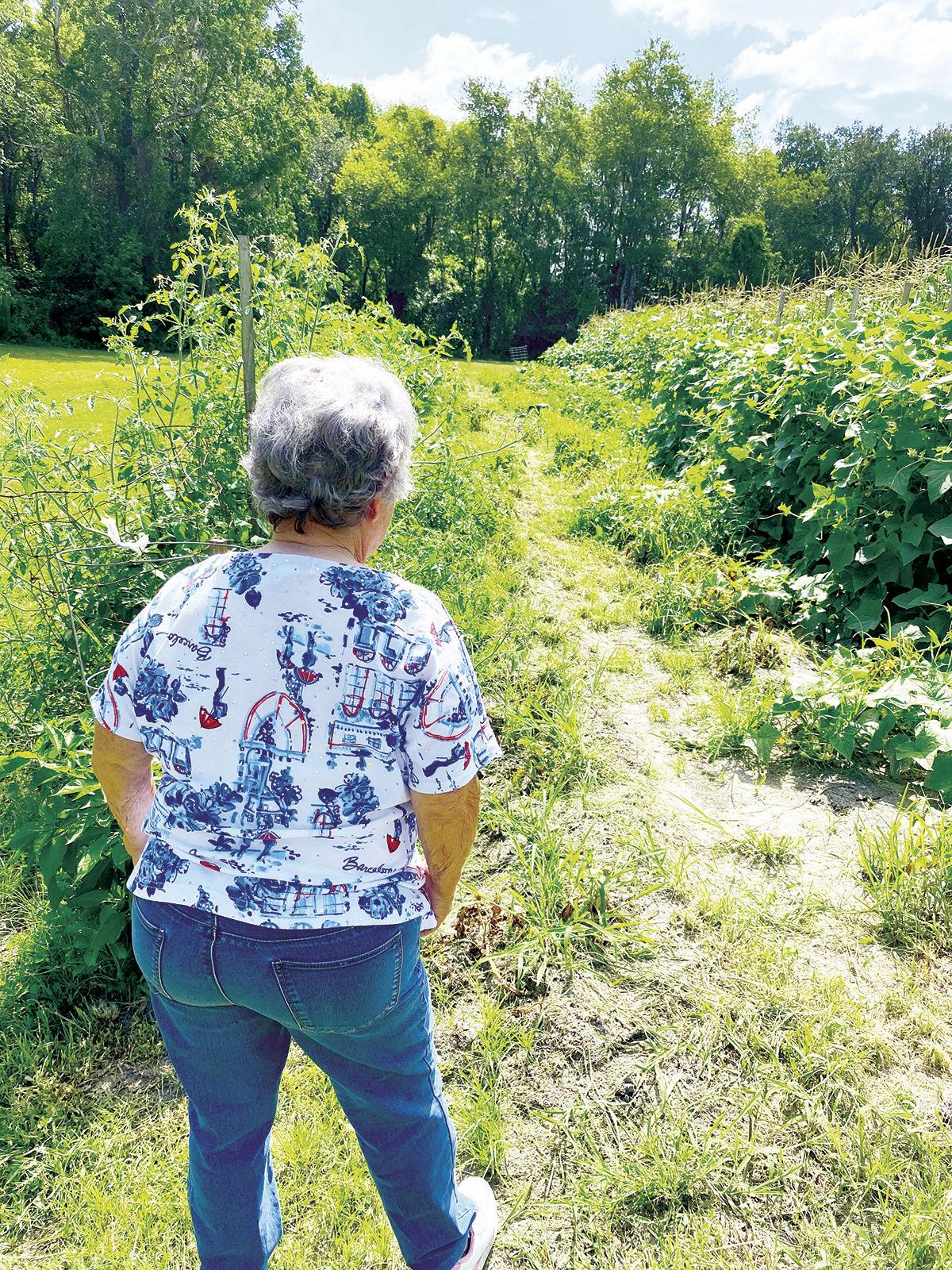 When you think of an expert gardener, fisherman or cook, most wouldn’t picture a four-foot, eight-inch woman, but in Charlton County, this is the image that immediately comes to mind.

Folkston native Nell Chesser Seeney was born to Richard and Ruth Petty Chesser and grew up working in their family garden – she and her 11 siblings.

“I always worked at home in the garden,” she said about her childhood, “I loved to pick, shell and mix the snap peas”.

With the help of her husband, Ronald “Ron” Seeney, the two currently have green beans, eggplant, okra, turnip greens, peppers, tomatoes, squash and so much more growing in their yard. But her favorite is the Roma II Bush Bean.

“Personally, they’re the best one I like because they taste like Kentucky Wonder Pole Beans, but it’s a bush!” she shared.

After years of working in the garden, Nell has learned different tricks to make harvesting her produce a little easier.

“I cut some reeds, then crossed the rows of beans so when they were ready, I could crawl underneath where the beans were hanging to pick them and I was shaded,” she laughed.

She and Ron also work as a team, taking on different sides of garden rows to make sure nothing is picked too soon.

“He takes one side while I’m on the other and it makes it easier to see,” she chuckled.

It’s clear Nell does not possess just one green thumb, but instead it seems the rest of her hand is green as well. With such a large garden, she’s also made time to plant flowers, including Gardenias, Crepe Myrtles, Roses and Lilies.

“I’ve always loved Gardenias,” she said, “I said when I was older and had my own place, I would have some of them too.”

Throughout the years, some of her fondest memories are those spent out in the garden.

“My sister Myrtle would come over with my niece Darlene, who was six months old at the time, and we would can the vegetables together,” she remembered fondly.

Those who were not fans of working in the Georgia heat were her children, daughter Janice and son Dennis, Jr.

“The kids hated it,” she laughed, “but they sure liked eating them!”

Nell has a knack for growing produce, but she’s known for the way she cooks them.

“I’ve won blue ribbons for my squash pie,” she said.

But she doesn’t mind sharing her recipe, as it was featured in the “Cooking in the South” column written by Vivian Wainwright for the Herald.

When her children were no longer at home to help, Nell found a new buddy; a German Shepard who followed her everywhere – with the exception of one tediously laid area.

“Oh, he knew not to go into that garden,” she laughed.

Before planting a garden of her own, she met her first love, Dennis Snowden. The two were wed in 1956, the year before she graduated high school. They lived in the Toledo area of Charlton County, where Dennis, Sr. worked at the old sawmill. During the early years of their marriage, when Dennis wasn’t at the sawmill, he was working tirelessly on building the couple their own home.

“He got to pick out whatever lumber he wanted and he chose hard pine, which could burn up in about five minutes,” she laughed.

During this time, the two lived with Dennis’ grandmother and Nell made sure to help her in anyway she could.

She stated, “I would always help Granny Snowden with supper.”

It took several years to accomplish, but in May of 1962 the now family of four moved into their own home, where Nell still lives today.

Dennis, Sr. and Nell were married nearly 38 years when Mr. Snowden passed due to lung cancer.

Years after losing her first husband, Nell was roped into helping plan a class reunion, where she was reacquainted with classmate Alfred Johns. After graduating high school, Mr. Johns joined the Navy and then lived with his aunt, helping her out wherever assistance was needed. The two fell in love and were married in the year 2000. After ten years of marriage, Alfred also passed due to lung cancer.

One of Nells’ passions, other than greenery, is old country music. She frequently visited the Woodbine Grand Ole Opry, which would turn out to be a blessing.

One particular night, she glanced at the other side of the room and happened to notice a gentleman looking at her. Every time she would steal a glance, he’d be looking back at her and finally offered a wave. After the concert, the two met up for a chat.

“I walked up to him and said, ‘I noticed you’ve been looking at me,’” she shared, “He just looked at me said he’d like to get to know me better.”

For 27 years, Nell worked at the Okefenokee National Wildlife Refuge as a hostess for the homestead and moved into the visitor center.

“I enjoyed working out there. It was like home to me sort of,” she shared, “Claudia Burkhart and Cecile Davis and I got to cook for Former President Jimmy Carter out there! But I could talk on and on about working out there.”

The Okefenokee has always been a part of her family, as her father was raised out there, born in the year 1889. Growing up in the swamp sparked another one of her favorite hobbies – fishing.

“I love fishing,” she shared, “I’d rather fish than eat!”

She isn’t particularly picky on what kind of fishing, but says bottom fishing is her favorite.

“When I was young, I remember fishing with Theo Roddenberry in a boat out at the swamp and after a while of nothing, she started it up and moved it in circles,” she laughed, “I asked her what in the world she was doing and she said, ‘We’ve got to stir up the fish!’”

Nell is known to tire out even the most avid of fishermen.

“I got Boy Roddenberry to take me fishing once,” she chuckled, “He said he’d never take me again because I wanted to stay too long.”

At 81, Nell has begun to rely on her garden to stay active. At any time you can find Nell out in her garden planting, pulling weeds, or even out on her tractor.

“I’ve continued gardening for my health and it’s like to kill me,” she joked.

With her wonderful sense of humor and giving spirit, one would never leave without a smile and a sack full of veggies.