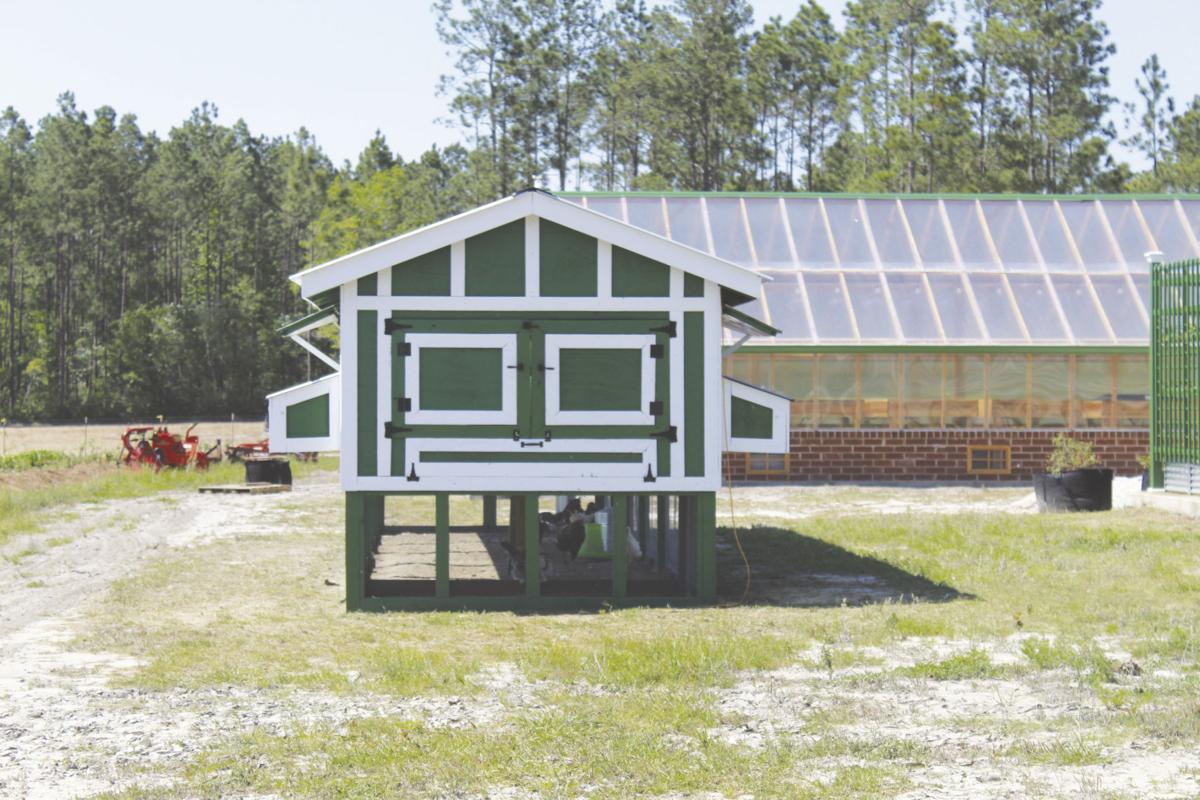 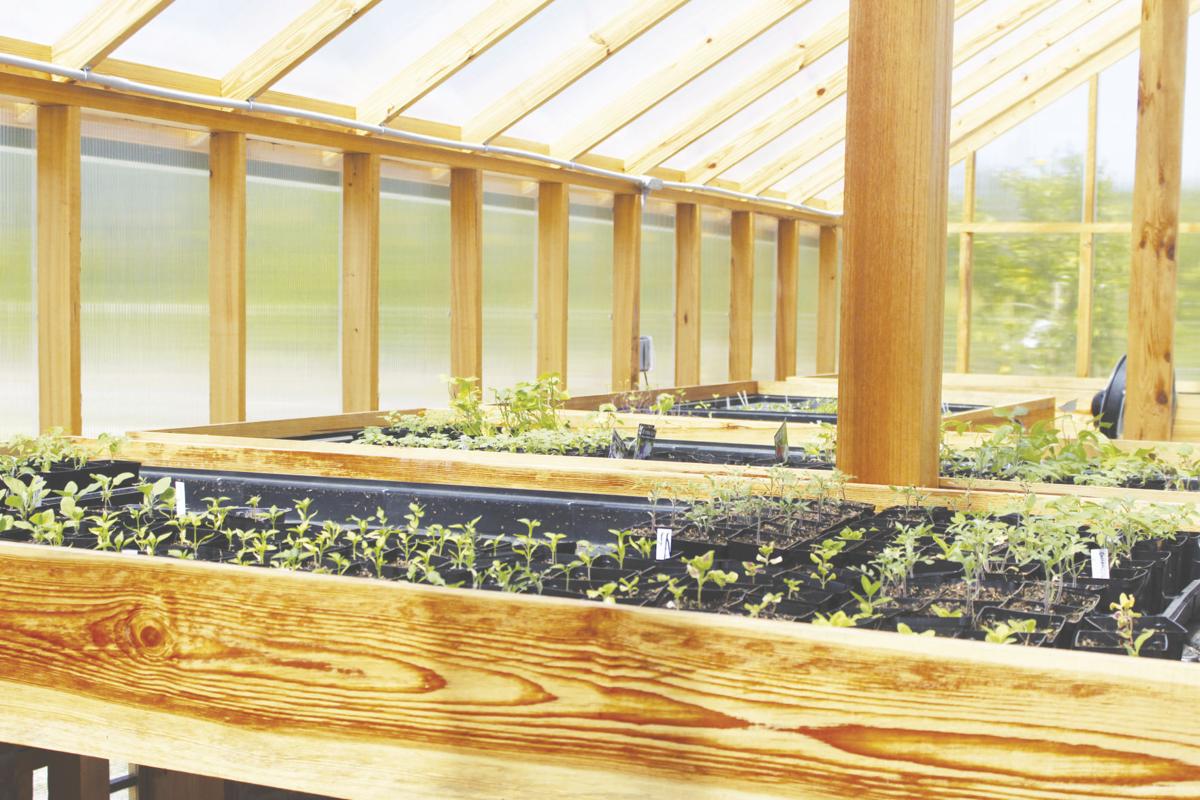 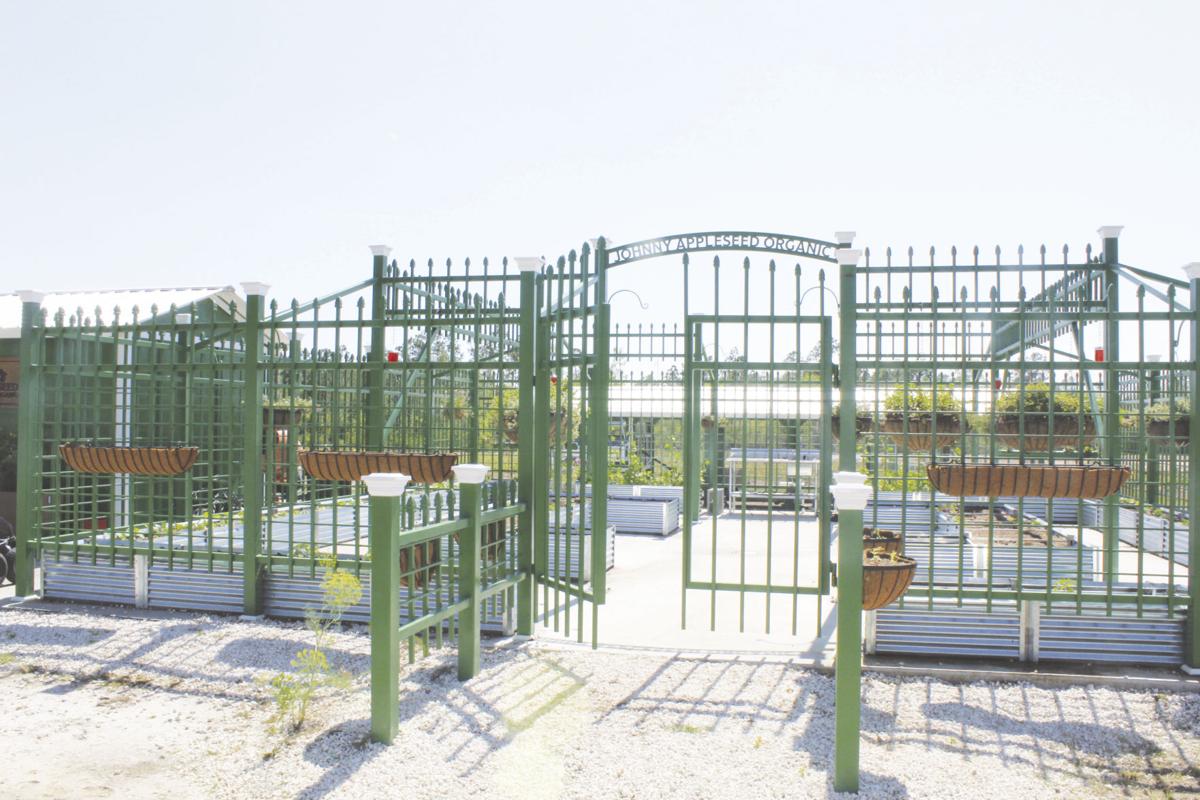 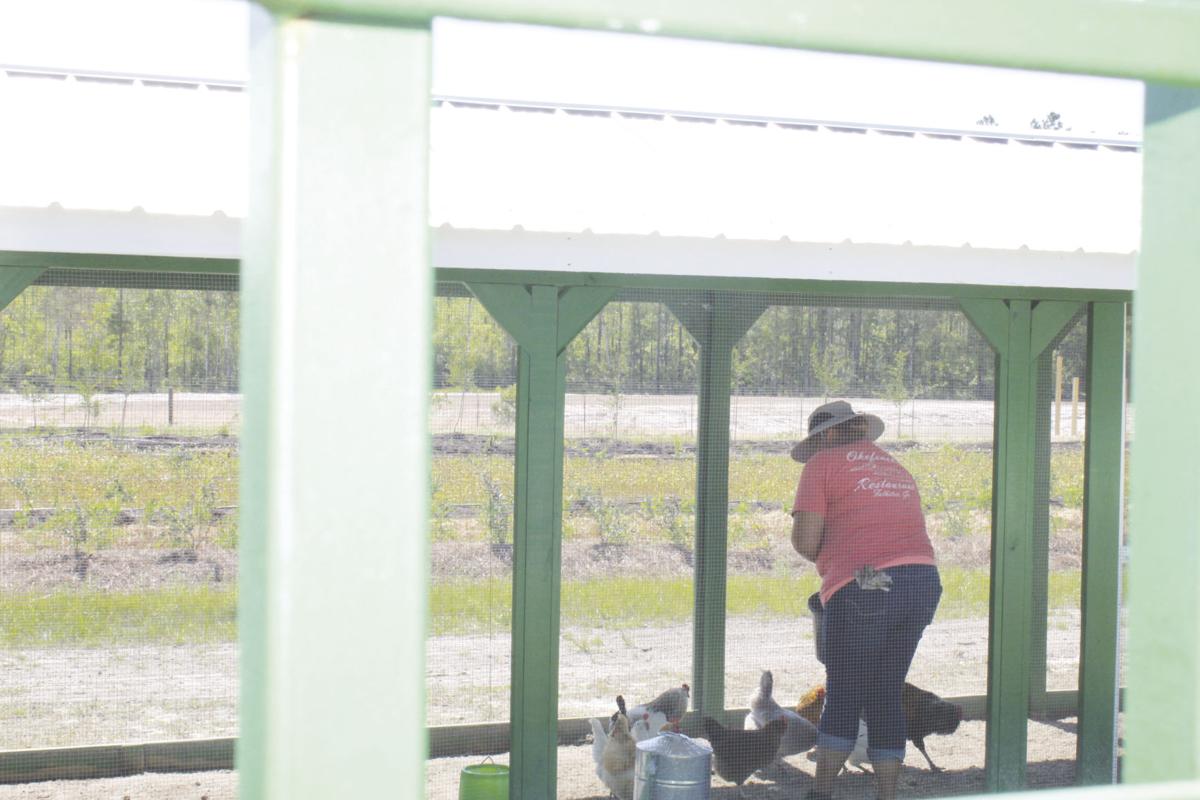 The orchards and village were both founded by Jeffery Meyer, who in 1991, discovered, authenticated, and acquired exclusive genetic rights to the last surviving tree planted by Johnny Appleseed – the “Algeo tree.” Meyer has planted over 20 million trees in his 50-year career.

“The thing about Jeff is he has no small dream,” said Communications Director Charles Goodin, “When he does something, he wants it be done in the best way.”

Located on 25 acres, the Johnny Appleseed Organic Village is a real-world demonstration center focusing on organic and sustainable living projects. On site, there is a state of the art greenhouse, chicken coop, crops, bees, and an ideal urban garden. Locals Marion “Pardner” Davis, Mike Shelman, and Derrick Blake helped build the structures.

“About 80 percent of the greenhouse was made with re-claimed wood,” said Shelman, who was a huge factor in the greenhouse’s construction.

Shelman is the carpenter for Johnny Appleseed, and Blake is one of its caretakers.

Currently, the farm is growing its own produce, different types of flowers, and more – specializing in heirloom fruits and vegetables. It is also home to chickens and hogs. Blake and Folkston native Niki Pramik care for the garden and its animals.

“Well, the boys take care of the hogs,” laughed Pramik.

The trio enjoys their work in the peace and beauty of the Okefenokee Swamp.

“It was so easy to come out here,” said Blake.

Some of the highest regarded agricultural professionals have been brought in for consultation on the safest and most natural way to sustain life without harmful pesticides or harming of the earth. One professional who works closely with the team is Shannon “Shannie” McCabe, Gardner and writer for Baker Creek Heirloom Seed Company, which specializes in rare seeds.

“She knows her stuff,” said Pramik, “I’ve learned so much and she brings fun to it.”

McCabe has lent her knowledge to Johnny Appleseed and coached the team on which plants live well together, whether for pollinating purposes, placing the right pest-repellent plants with the best partner, or showing which plants are best for giving back to the soil.

One such plant is buckwheat, which is a common crop used for cooking and contains plenty of health benefits such as heart and circulatory health, reduces high blood pressure, and contains more vitamins and minerals. It also acts as a food for topsoil. The Johnny Appleseed team will crimp the buckwheat back into soil and use it to replenish the earth for the next crop.

“It’s important to give back to the earth when we take from it,” Goodin stated.

Not only is the team focused on helping the planet by using natural ingredients to replenish, but they are also looking into the use of its natural inhabitants to clear the way for planting.

Johnny Appleseed Organic is in the planning stages of building a “chicken tractor”. A chicken tractor is a movable cage that chickens live in part or full time. They’re called tractors because the animals can till the soil as the pen is moved every few days. Using this technique in place of a mechanical tiller will preserve important nutrients only found in topsoil. Hogs are strong and sturdy animals that, out in the wild, tend to clear land by taking out undergrowth and even small trees – a natural bulldozer.

“Everything doesn’t have to be perfect, because we’re always perpetually learning,” said Goodin.

Myers and his team are making strides in the agricultural gardening field and want to include others.

Mother Earth News Magazine and Johnny Appleseed Organic are teaming up to track down the country’s top gardeners, homesteaders and do-it-yourselfers for a new reality show called Garden Gladiators. For 100 days, four teams will compete from their own gardens and workshops. Tasks from gardening to beekeeping will be given from afar as they work towards the title of “the next Johnny Appleseed”. Challenges for the teams will be inspired by the exploits of John Chapman — America’s original organic gardener and the man behind the Johnny Appleseed legend. The next Johnny Appleseed will also win a prize package valued over $100,000.00.

The show was originally planned to take place solely in Folkston, but due to the COVID-19 virus, plans had to be re-arranged.

The show is scheduled to air in the fall of 2021 and auditions are being held now! For more information or to submit your application/audition video, visit www.johnnyappleseed.com/apply or go to youtube.com and search Johnny Appleseed. You can also find them on Instagram and Facebook.

While the organic farm is still in the early stages, the long term plan is for citizens to find Johnny Appleseed Organic plants in stores where fruit and vegetable plants are sold.

“Our mission is to educate consumers on why they should care about organic farming,” said Goodin, “This gives us a first hand view of what 100 percent true organic food is about.”