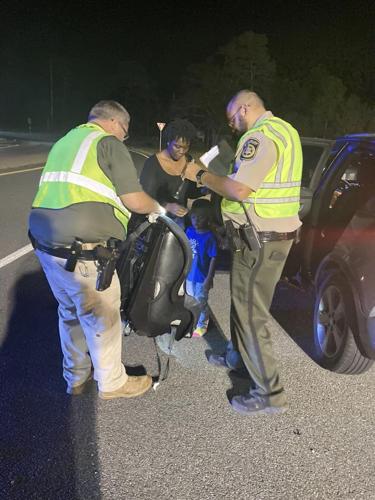 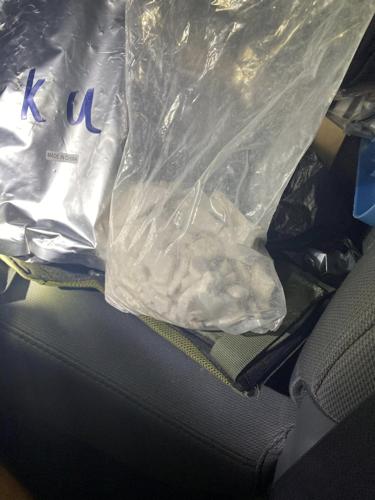 On November 23, Deputies Kyle Lloyd and Scott Woodman responded to St. Mary’s River Bluff Road in reference to a domestic disturbance. The complainant stated that his ex-girlfriend had been to his residence and attempted to start a fight. She had left the house in disarray. The complainant stated the relationship had ended two weeks prior. He stated he did not want to press charges; he simply wanted to have the incident documented in case things escalated.

On November 24, Deputy Kurtis Ford responded to Fern Drive in reference to a domestic disturbance. The complainant stated that a female subject had struck him in the face. Deputy Ford observed no signs of injury. The female subject stated that the male subject had struck her. Once again, Deputy Ford observed no signs of injury. With no corroborating witnesses, the subjects were referred to civil court if they wished to pursue the matter.

On November 24, Deputy Nolan Crawford responded to Tenth Avenue in reference to a theft. The complainant stated that she had noticed a Honda dirt bike missing from her back porch. Deputy Crawford observed tracks leading from the porch across the road and through the ditch towards the residence across the street. Deputy Crawford questioned the subjects at the residence was able to learn that three subjects had taken the dirt bike. After they were unable to start the bike, they hid it in the brush behind the residence. All three subjects, one of whom was a juvenile, were arrested and charged with theft by taking.

On November 26, Deputies Dylan Kurtz and Colby Thompson observed a vehicle traveling 75 mph in a 55 mph zone and having difficulty maintain lane. The deputies conducted a traffic stop. Upon making contact with the driver, they observed a strong odor of alcohol. Deputy Thompson conducted a field sobriety test and attempted to place the subject under arrest for DUI. The subject began to resist and pull away. Eventually the subject was handcuffed and placed under arrest for DUI, obstruction of a law enforcement officer, and failure to maintain lane.

On November 27, Deputies Dylan Kurtz and Colby Thompson observed a vehicle having difficulty maintaining lane. They conducted a traffic stop. A check on the driver’s license indicated that the license was suspended. The driver was arrested and charged with driving while license suspended.

On November 27, Deputies Dylan Kurtz and Colby Thompson were dispatched to Highway US 1 in at the 15 mile marker in reference to a vehicle traveling south in the northbound lane. The deputies intercepted the vehicle and conducted a traffic stop. They observed a strong odor of marijuana coming from the vehicle. A search of the vehicle located a latex glove with a green leafy substance inside. The driver was arrested and charged with driving on the wrong side of the roadway and misdemeanor possession of marijuana.

On November 23, the Charlton County Sheriff’s Office, with the assistance of several other agencies, conducted its annual pre-Thanksgiving Road Safety Check at US1 and 121 in Racepond. In total, fifteen arrests were made, and the following charges were filed:

• Five counts of possession of a controlled substance

• Two counts of no license on person

• One count of open container of alcohol

• One count of seat belt violation

Sheriff Robert Phillips would like to thank the following agencies for their assistance with the road safety check:

Road and highway safety is one of the most important duties of the Office of the Sheriff, and this annual road check is one way we help to ensure that all our roads are safe during the holiday season. Please drive carefully during the busier holiday travel season, and have a great holiday!